500 Miles Of Friendship On The Way Of St. James

Two best friends didn't let a pesky wheelchair get in the way of a once-in-a-lifetime adventure.
lou gehrig's diseaseneuromuscular disorders 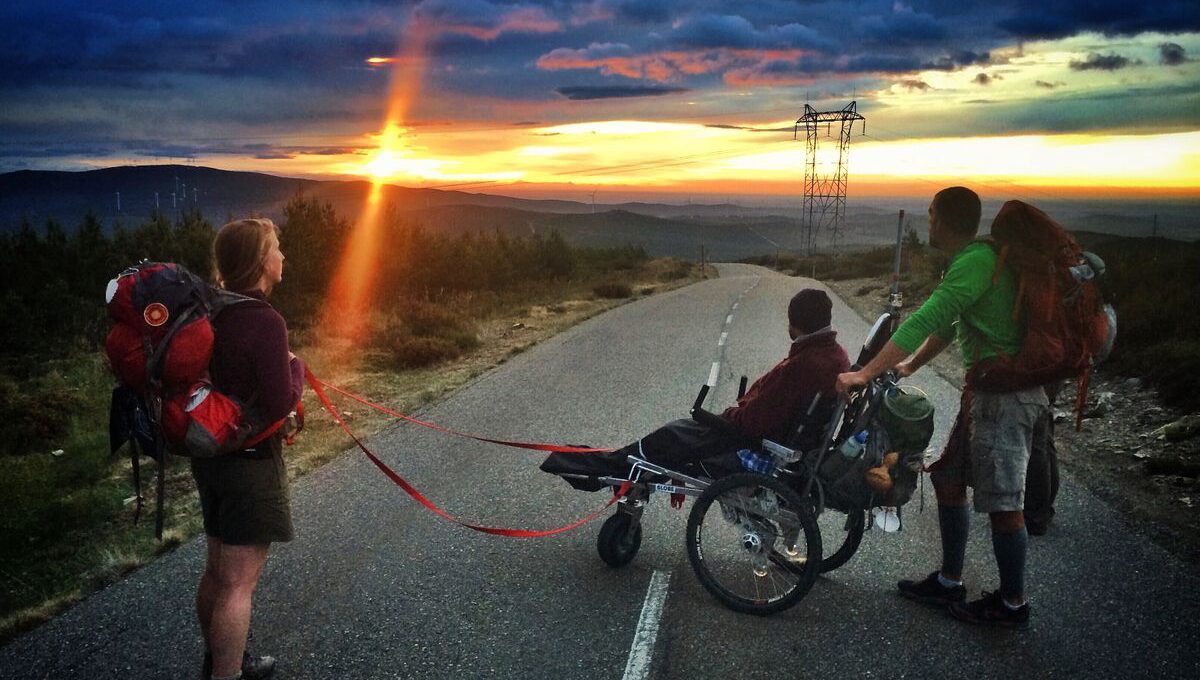 Two best friends didn’t let a pesky wheelchair get in the way of a once-in-a-lifetime adventure.

The small village of Los Arcos, Spain, appears like an oasis on the Way of St. James, a medieval pilgrimage route to the Santiago de Compostela that snakes for 500 miles through France into Spain. It’s a quiet town with a large stone church and a population of little more than one thousand people, but when Justin Skeesuck and Patrick Gray arrived there in 2014, they found themselves ambushed by a riotous strawberry festival… and dozens of deadly, rampaging bulls.

“I didn’t see a single strawberry,” Skeesuck chuckles. Instead, he and Gray found themselves barricaded in an alleyway, as the Los Arcos villagers tried to touch the horns of the bulls they’d let loose in the streets as they ran by. Skeesuck, who is in a wheelchair, could not easily dodge a bull, but Gray jumped into the fray. He attempted to psych the bull out by jumping left, then right, to no avail. The lathered, wild-eyed bull lunged forward and brushed against Gray’s hip, nearly puncturing his ribcage with the tip of its horn. In a frenzy, Gray scaled a fence to escape the bulls.

The lathered, wild-eyed bull lunged forward and brushed against Gray’s hip, nearly puncturing his ribcage with the tip of its horn.

Those cameramen were accompanying Skeesuck and Gray film their first documentary, I’ll Push You. Set to debut in 2017, I’ll Push You follows the two life-long friends as they explored the Way of St. James together.

Justin and Patrick jog through the surf in Jamaica in 2007.

Gray and Skeesuck were born days apart and raised in the same small Oregon town of Ontario, near the Idaho border. They had a strong history of close friendship. Gray says, “We didn’t realize how intimate it was compared to other friendships because we’d had it our whole lives.” Throughout grade school, the two men had attended the same church youth group and gone on double dates together. Even their family ties go way back: Skeesuck’s great uncle was the best man in Gray’s grandfather’s wedding. After Skeesuck ended up in a wheelchair due to a progressive neuromuscular disease similar to Lou Gehrig’s–the technical name is multifocal acquired motor axonopathy–-the two began been planning a “guys’ trip.” Originally, this was meant to be something simple like a jaunt to Germany for Oktoberfest. But then Skeesuck saw a program on PBS about the Way of St. James. He told Gray about the route, and Gray’s response was immediate: “I’ll push you.”

A designer by trade, Skeesuck had worked with clients such as the luxury watch brand Maîtres du Temps and musician Greg Laswell. In his reinvention as the designer of their journey, Skeesuck’s first task was to commission a custom-fitted wheelchair equal to the rigors of the Appian Way: “an off-road baby jogger on steroids” that Skeesuck says took about five months to build. Approaching Terry Parrish, CEO of the San Diego-based video production agency Emota, to direct their documentary, Skeesusk and Gray flew from Boise, Idaho to St. Jean Pied de Port, France.

The next day, Skeesuck became the first man to summit the Pyrenees mountains in a wheelchair.

The next day, Skeesuck became the first man to summit the Pyrenees mountains in a wheelchair. Relaxing in his triumph, he stretched out on the grass with his eyes shut when a French Basque man slapped him on the face to brusquely wake him and get his attention. For years, the man had stayed near the hiking path on the Pyrenees to give pilgrims shelter, but he was astonished. He had never seen anything like this before. “The impossible is possible,” he told Skeesuck.

Over the course of the next 34 days, Skeesuck, Gray, Parrish, and their film crew slowly made their way across the Appian Way. They took the French route, starting in the north of France and making their way through Pamplona and León. But they did not make their way alone. At one particularly steep pass, 17 hikers carried Skeesuck’s wheelchair. But Skeesuck wasn’t embarrassed. “Vulnerability and asking for help in our country and culture is shown as a sign of weakness,” he says. “In my mind, it’s one of your greatest strengths, to be able to ask for help and receive help with grace and dignity… [I]t’s an invitation to share moments together and… an opportunity for community to blossom.”

Sometimes, Justin and Patrick needed to ask for a little help to achieve their goals.

But sometimes, Skeesuck received help he didn’t ask for. In the tiny Spanish town of San Juan de Ortega, the crew of I’ll Push You was having dinner when a woman made eye contact with him. A “little four-foot-nothing gal” with “no filter,” according to Gray, she bought an ice cream, walked up to Skeesuck, and started asking him questions in rapid-fire Spanish. Even though he didn’t understand a word she said, Skeesuck smiled and nodded… which the woman took as her cue to ram the entire ice cream cone into his mouth. “He was full-on violated by an ice cream cone,” Gray remembers. “It was just ridiculous.”

Other obstacles posed a more serious threat to the journey. When the wheel of his bespoke wheelchair broke, a medical supplier in Pamplona called friends of friends until he found an aluminum welder who fixed it in a day. With the help they found along the way, Skeesuck and Gray made it to the finish line: the cathedral at Santiago de Compostela in Spain.

All the routes from the Camino merge at the cathedral. When Gray and Skeesuck arrived, many of the pilgrims they had met along the way were waiting there to cheer them on, along with their wives. “I describe it as dying and going to heaven,” Skeesuck says. But it was also bittersweet. “On this pilgrimage, you strip away everything in your life, you just focus on where you’re going to eat and sleep. You’re not distracted by meetings or phone calls. When you finish your journey, you know you’re headed back to the chaos of life. … I still miss it deeply, and I know Patrick misses it deeply, and it will forever be something we hold on to.”

After pushing his friend across Europe, Gray says it’s improved all of his other relationships. “I’ve been watching his willingness to let others be his hands and feet, so to speak. And now I can let people in to be my emotional support. The impact is so profound there’s no way to do it justice. That’s one of the biggest impacts he’s had on my life: how I approach my marriage and my relationship with my kids. I acknowledge my imperfections and ask how I can be a better husband, father and friend. To facilitate that level of trust gives people the opportunity to love me for who I am—not for who I pretend I am—and gives them the opportunity to know me.” Both Skeesuck and Gray say their friendship has only deepened through their adventure, and they now see each other every day through their creative work and consultancy.

Already, fellow potential travelers have reached out to ask for Skeesuck’s guidance on how to make the same trip. Recently, an English man paralyzed from the neck down called him to ask how to complete the journey. On April 9th, a woman with severe rheumatoid arthritis told Skeesuck how she learned about his journey two years ago and had been training to hike the Way of St. James ever since. She was departing for Europe the next weekend.

When the documentary premieres in the summer or early fall of 2017, Skeesuck wants to reach even more would-be adventurers. “My hope is that people come away watching the film knowing their life is not defined by their personal circumstances. They can achieve anything they want to. Surround yourself with people who love you and want to support you. You just have to be creative.” 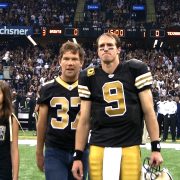 Renoir’s Radiant Brush
Don’t miss one more amazing story.
Every week, we’ll send a few of our favorite stories to inspire you.
Send this to a friend
Scroll to top