From muscular dystrophy to seasonal affective disorder, here are nine YouTubers showing what life with a health condition is really like.
cerebral palsycystic fibrosislewy body dementia 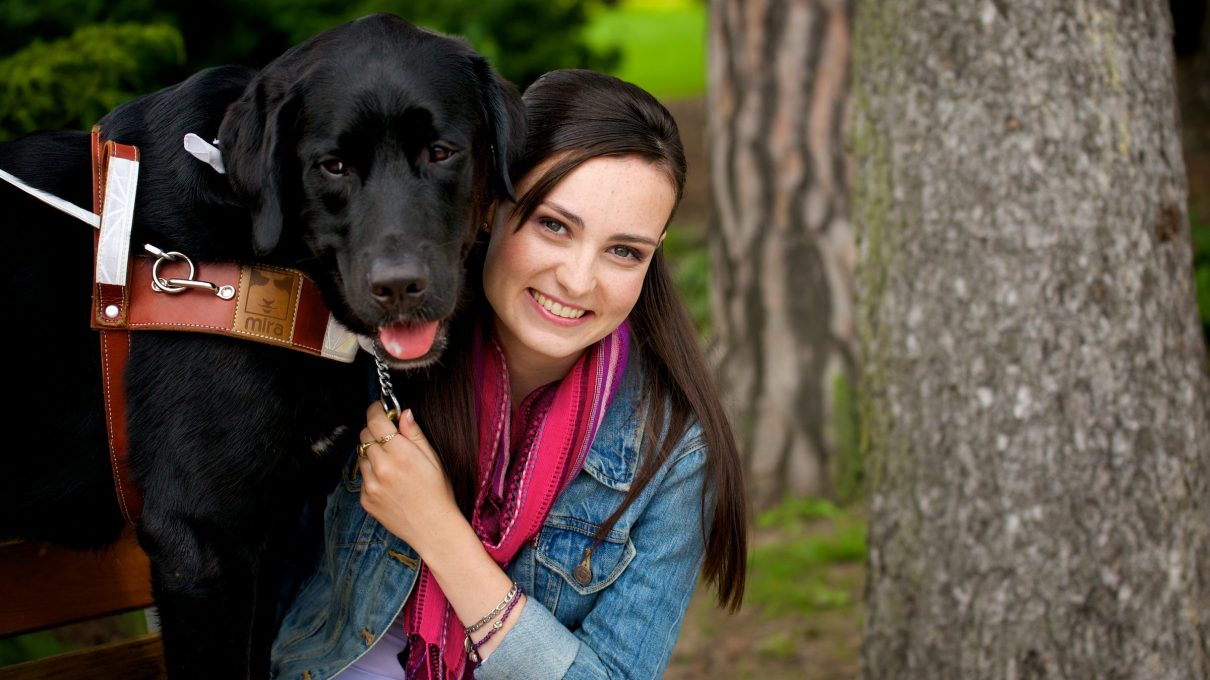 Living with a chronic health condition can be a challenge, and sometimes you just need to look to others to be inspired by other people dealing with the same issues to keep going. In fact, official studies done on the subject have shown that health vlogs can be exceptionally useful as a support system for managing chronic illnesses.

With that in mind, we’ve put together a list of 9 of our favorite YouTubers, who are documenting life with a chronic illness with humor, heart, and honesty. Although the conditions they may be dealing with vary, what unites them is the fact that they are turning their health conditions into a way to support others.

Here are some of the most inspiring users of YouTube who are living every day with chronic conditions and documenting their stories.

“We’re a Cool Fam” documents the story of the Huffman family (Hans, Jessica and Alyster Blaze) who all suffer from Marfan Syndrome, a genetic connective tissue disorder with symptoms that can include scoliosis, arthritis, hypermobility and heart problems.

They’ve documented everything from the parents’ initial diagnosis to efforts conceiving Alyster Blaze. There’s even a vlog about seeing a genetic counsellor regarding Marfan Syndrome before they started the process. They documented every pregnancy test, including the first successful one.

What really inspires about the Huffmans, though, is the way they don’t let their illness get in the way of living an incredible life. Just check outtheir cruises and birthday parties!

Lewy Body Dementia is a condition a lot of people might know about (Robin Williams had it) but few have seen with their own eyes, which in turn, creates stigma. That’s something Joe Joe tries to change by showing what life with his mother Molly is really like.

His channel documents everything from what life with Molly was like before her condition, to what she does now that she’s been diagnosed, including painting pottery and getting pedicures. It also unflinchingly documents the hallmarks of dementia like forgetting how to perform basic tasks, his mother’s anxiety of the unknown and and the condition’s progression.

Episode #55 was posted in 2018, and marked the passing away of his beloved mother. In the video’s description, he writes: “She went to battle everyday with Dementia for 10 years. She’s my inspiration and my strength to get through tough times. I hope my Mother, Molly will continue to help thousands, maybe millions of people understand more about Dementia, and give people strength to get through whatever life challenges they might be dealing with”

YouTube user Zach Anner has more than 300,000 channel subscribers and 16 million views. His channel is a window into what living with Cerebral Palsy is like, and just how much you can accomplish with a motor disorder.

Outspoken, inspiring, and entertaining at all times, Zach is an entertainer at heart, and his channel features comedy skits, workout videos, and commentary on everything from his thoughts on accessibility at airports to what life is like with Cerebral Palsy.

He’s even been featured in other YouTube channels, like the Cerebral Palsy Foundation’s “Top 10 Things I Wish People Knew About Cerebral Palsy”, Soul Pancake’s “Pimp My Wheelchair” Microsoft’s demo of the Xbox Adaptive Controller.

He’s also written a book called “If at Birth You Don’t Succeed” and recently appeared in ABC-TV’s Speechless.

Cystic Fibrosis is an inherited condition that affects the lung and other organs, making it hard to breathe. On the The Frey Life, the Frey Family address common CF misconceptions and show what it’s like living with the condition first hand, such as what it’s like flying with a feeding tube, how to take care of service dogs and the best ways to teach kids about CF.

But what really inspires about The Frey Life is the way the family documents the hard times of cystic fibrosis with poise and grace. They show what it’s like to have a a painful day, or one where you struggle to breathe.

What the channel teaches, though, are that these hard days just make you appreciate the good ones all the more. And together, as a family, the Freys have more than the share of those, which they’re happy to share with a large YouTube audience.

Molly Burke is a motivational speaker and YouTube user who was diagnosed at age 5 with Retinitis Pigmentosa, a rare group of eye disorders affecting the retina and leading to blindness. It hasn’t stopped her one bit.

With more than 1.3 million subscribers and over 56 million views, Molly’s channel documents everything from what it’s like getting a tattoo as a blind person to how to describe colours to someone who can’t see. She also covers 4 years with her guide dog and ten things you shouldn’t ask a blind person.

Molly’s even had success beyond YouTube. She was recently featured in a Dove TV ad. She can also be found at her official website.

According to the American Diabetes Association, approximately 1.25 million Americans have Type 1diabetes, but many people outside of that club never think about day-to-day life with that condition.

YouTube user Glitter Glucose posts about everything you never would have thought to ask when it comes to diabetes, and shows the lifestyle changes necessary after diagnosis.

Videos feature her own diagnosis story, thoughts on dating with diabetes and more down-to-earth advice, like why people with diabetes type 1 or 2 should always wear a medical ID in the event of a medical emergency.

Shannon DeVido is a diverse and inspiring comedienne, actress, singer and vlogger who suffers from spinal muscular atrophy, a degenerative condition which means Shannon has to use a wheelchair to get around.

Her channel documents days in the life of her condition, her stand-up comedy appearances all over the country, and, of course, her acting reel. Just her busy schedule is enough to inspire most viewers!

She does a lot more than just vlog, too. Most recently, Shannon starred in the series Difficult People, produced by Amy Poehler and Billy Eichner, which ran until September 2017.

You can also connect with Shannon through her official website.

Sarah Hawkinson is a YouTube and fashion blogger who lives with Seasonal Affective Disorder, a mood disorder which is estimated to affect as much as 10 million people in the US.

Sarah’s channel documents her daily life, but also speaks out openly about living with the condition, offering practical advice for fellow sufferers who need to know how best to manage their depression.

Her channel covers things like diet, the relationship about social media and mental illness, common myths about the condition, and more personal content like her dealings with self-esteem issues as a fashion vlogger with depression and therapy. 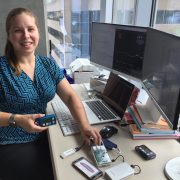 Rocking The Boat
Don’t miss one more amazing story.
Every week, we’ll send a few of our favorite stories to inspire you.
Send this to a friend
Scroll to top