A Catwalk For All 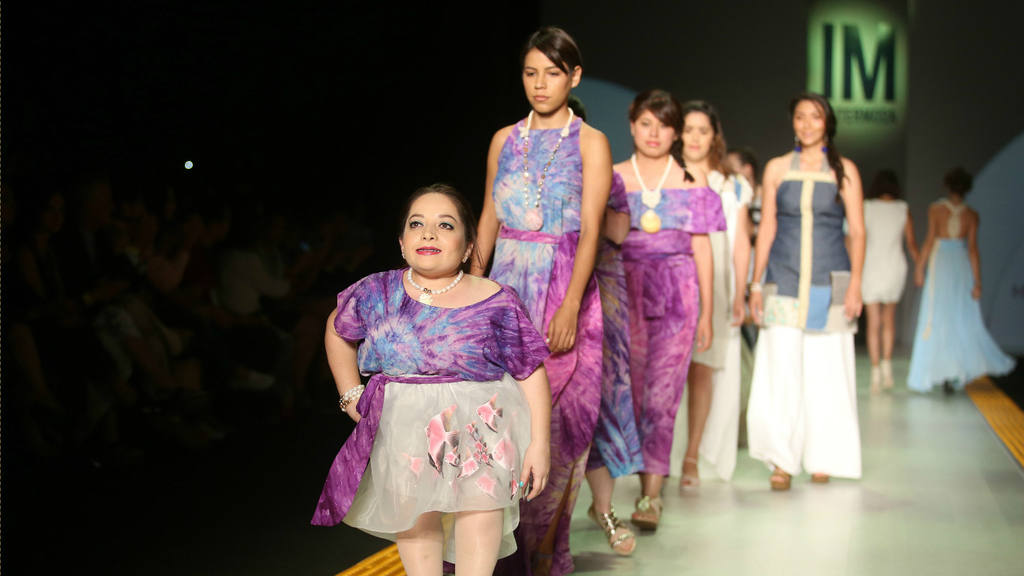 Mexican designer Annett Castro worked for years in fashion, with stints at the country’s National Chamber of the Apparel Industry and creative agency Snoops, when a non-profit organization named Aequalis approached her with a simple question: Would she be interested in coordinating a runway show for people with disabilities?  She would.

“I told them I could help them and I fell in love with the project,” she said, noting her natural penchant to say yes to helping others.

In 2012, she organized a simple catwalk for dozens of non-traditional models in a local auditorium, attended by family and friends. But the event prompted a career pivot. She left her job at the creative consulting agency and started imag, Mexico’s first large-scale fashion show for people with disabilities.

“At the first show I knew this was what I was going to do,” she said. 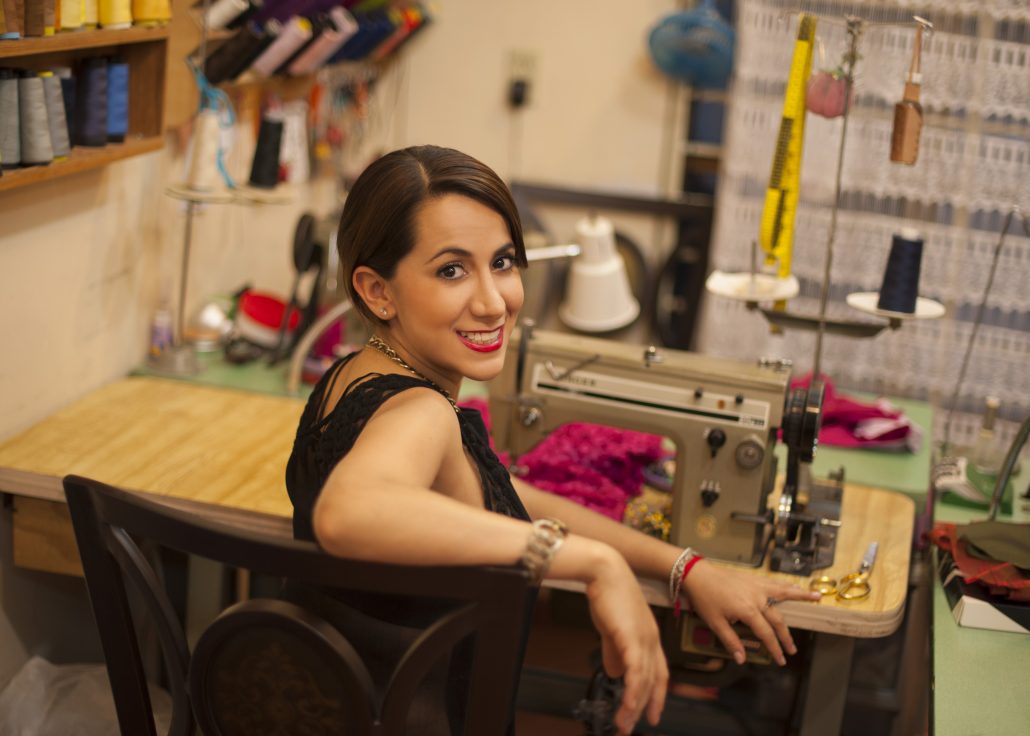 To date, she has planned nearly 15 shows for models with motor, intellectual, visual, auditory, and growth disabilities at venues around the country, including Intermoda–the largest fashion expo in Mexico –and Museo Soumaya, a museum which hosts a part of Carlos Slim’s art collection. Her first international show will take place in Guatemala later this year.

“There was so much interest that we started doing it better and better,” she said, noting that the annual show at Intermoda has attracted crowds of some 400 people.

The catwalks, which include a cast of approximately 35 models with disabilities, are free of charge with the support of collaborators and are put on about three times each year. Over five years, approximately 100 emerging and established designers such as Maritza Peña, Carlos Herrera, and Isa Valdez have also featured their collections.

Some, such as Guatemalan designer Isabella Springmuhl, who has Down syndrome, are particularly familiar with the style needs of people with disabilities, while others design adapted apparel—such as textured or tailored wear for people with visual impairments or smaller body proportions— for the first time.

Necklaces with words etched in braille, leather gloves for wheel-chair users, and swimwear for women diagnosed with breast cancer have also all made their way down the runway.

“Each case is different,” Castro said. “Designers meet with the models and hear about their situations before doing their work,” she said, noting that collections are almost always designed around an overarching theme, such as “flight” or “city street.”

All models sit for hair and make-up styling sessions, in addition to photo shoots, and also take home apparel after the show.

“I feel like I’m contributing to the world,” said Castro, who noted the personal motivation behind her work: Her grandfather, who she called Güello, used a wheelchair for eleven years. “He had a blocked shunt in his brain and started to use a cane and then a wheelchair when he began losing mobility,” she remembered. “We always said, ‘Oh, grandpa is old, that’s why he can’t walk.’ But now I understand it was a disability.”

Her grandfather died when she was 18, but continues to inspire the project. “He gave me a love for disabilities,” she said.

The shows have also helped her find a way to combine fashion and altruism. “We don’t see all the opportunities because we focus on glamour, but style is something that can be done in a kinder way.”

“The important thing is to be able to do something good within your profession.”

Castro, who was born in the northern Mexican state of Sonora, says she knew she wanted to pursue fashion from an early age. She studied at the Autonomous University of Guadalajara and eventually worked at the Apparel Industry Chamber and then a talent show sponsored by Elle and Snoops before her career took a turn following the Aequalis show. In the last few years, she has worked at Fundación Para Life, a foundation which helps businesses become more disability-friendly, and Arqcesibilidad, a company focused on increasing accessibility with products such as tactile paving. She still gives classes in fashion at Durango Santander University in Sonora, among other places.

“The important thing is to be able to do something good within your profession,” she said.

On a recent day, she was finalizing music choices and booking models for her next Moda Incluyente show, but she was not worried.

The end result is dependably gratifying, she said. 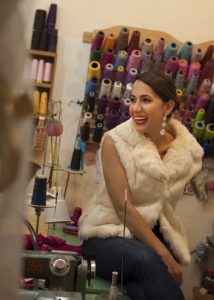 “I feel like I’m contributing to the world,” says Castro.

“There is a moment when you know the models are happy,” she said, recalling one of her favorite memories. “At one show, a blind couple was going to model. And the wife said to her husband, ‘Feel my beautiful dress.’ And her husband swept his hand over the dress and said, ‘Wow, you are beautiful.'”

Castro broke down and cried.

“We are looking for people who have never thought of being models,” she said. “We don’t want people to say ‘Aww, what a nice show.’ We want them to say, ‘That model was so incredible even if she had a disability.”

Her aspirations are also evolving. She would like to create a modeling agency to promote models with disabilities, and wants to further publicize the Moda Incluyente shows and expand her network of collaborators.

What would her grandfather say? “I think he’d be very proud,” she said. 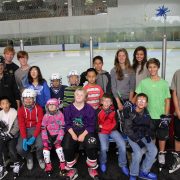 This Hockey Team For Disabled Kids Is The Coolest One Around
Michele C. Hollow
Breaking The Family Curse

The Painted Words Of An Autistic Art Star
Don’t miss one more amazing story.
Every week, we’ll send a few of our favorite stories to inspire you.
Send this to a friend
Scroll to top