A Conversation With A Volunteer Vaccine Advocate 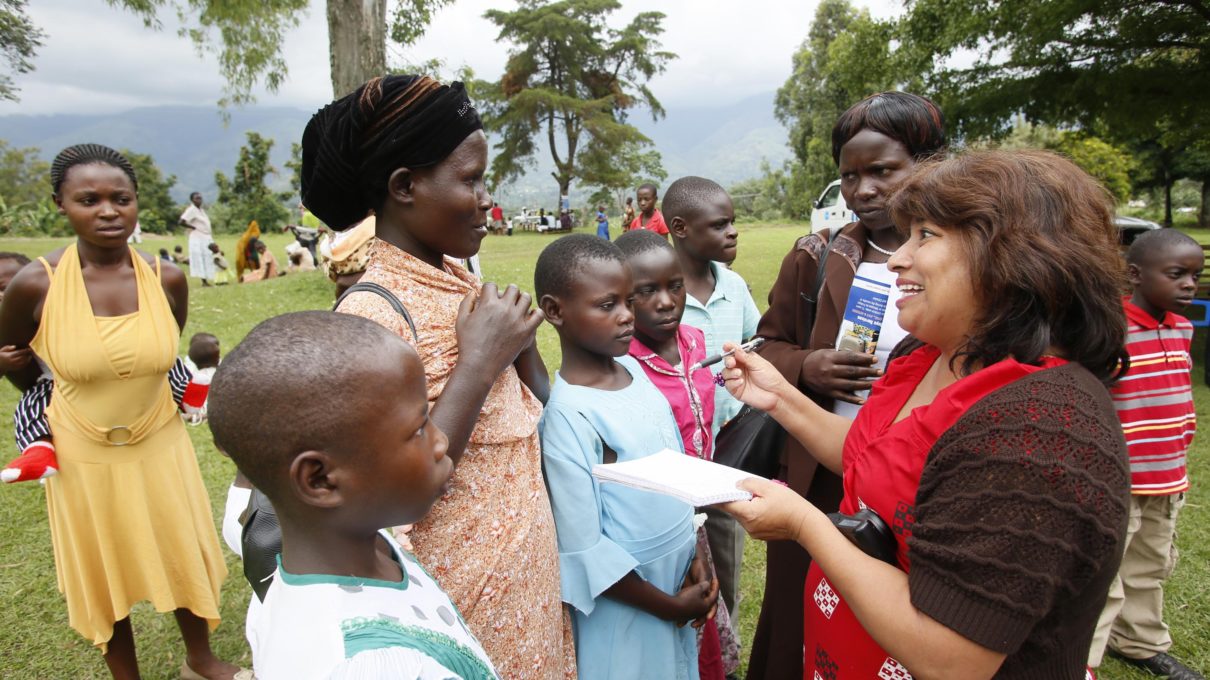 At the start of her career, Felisa Hilbert, remembers holding a dying child in her arms. She was working as a nurse in a small rural health clinic in Mexico, her native country. A young mother arrived looking detached and exhausted.

“It took her three hours to reach the clinic,” Hilbert said. “By the time they got to the clinic, the woman’s son was fatally ill and beyond saving. The mother told me she didn’t want to get attached to her son.”

Hilbert learned she lost two other children because they didn’t have access to medical care and vaccines. “No mother should suffer this way,: she said. “Vaccines could have saved her children.”

She’s seen firsthand in developing countries the lengths mothers will go to make sure their children are vaccinated. She also teaches families about the importance of immunizations here in the states through a United Nations Foundation-run program called Shot@Life.

At home in Oklahoma, and in Texas and Kansas where she interacts with the public teaching them about the need for inoculations, she has met some anti-vaxxers. But even in the face of extreme skepticism, and with once-eradicated diseases on the rise, Hilbert says there’s hope: when spoken to the right away, most anti-vaxxers still listen to her.

We asked Felisa to share some of her experiences volunteering at Shot@Life.

Why do you volunteer with Shot@Life?

In the United States, we often take vaccines for granted, but that doesn’t mean we’re safe.

Take polio for example. Thanks to the polio vaccine, polio is no longer a problem in the United States, but before it was available, there were more than 15,0000 cases of polio-related paralysis each year. The vaccine eradicated the problem, but even so, an unvaccinated international traveler brought the disease back with him in 1993.

That story shows why it’s so important for everyone to be immunized. Germs and bacteria don’t need passports. We live in a global society. It only takes one person to come and bring diseases here and we can have an epidemic. We all need to be fully protected. Vaccines protect us.

We live in a global society. It only takes one person to come and bring diseases here and we can have an epidemic. We all need to be fully protected. Vaccines protect us.

What type of reactions do you get when you’re advocating for vaccines in developing countries?

People in the rural areas of Mexico and Uganda welcome me. They want access to medical care for their children and for themselves. In many of these places there’s a lack of doctors, nurses, and medical facilities. And in places like Mexico and Uganda, we administer the rotavirus vaccine. It helps protect babies against severe diarrhea, abdominal pain, and vomiting caused by the rotavirus. This disease leaves children dehydrated and many need to be hospitalized. Children who get the vaccine are protected from getting the disease.

People who came to the clinic in Uganda told me they’ve crossed mountains, rode in cramped busses, and walked 16 to 20 miles for medical treatments.

What type of reception do you get from people in the United States?

I recently gave a talk about the importance of vaccines at my local Walgreens in Oklahoma. Walgreens had an event where for every paid vaccine, one was given to a child for free. I had a handful of people come and stand in front of me while I tried to speak. I calmly spoke to them and listened to their stories. They told me vaccines have mercury. I listened and let them finish. I said, ‘You spoke. Now let me explain to you why I’m here and why I volunteer with Shot@Life.’

I know not everyone will come away believing vaccines are good, but some will. And that’s important.

I know not everyone will come away believing vaccines are good, but some will. And that’s important.

How can you convince someone who’s opposed to vaccines?

I explain how vaccines work, how they help children, and if their child gets sick that illness can be passed on. I tell them that people with illnesses, such as cancer, can die from exposure to people who aren’t vaccinated against common things like the flu. I ask them if they think that’s fair. Many people don’t think about that. I stress that immunization is the responsibility of everyone in the community.

I also tell them I’ve seen kids dying and have met mothers who have lost three or four kids to preventable diseases. I tell them these deaths don’t have to happen thanks to vaccines.

More often than not, by being respectful, people listen to me. 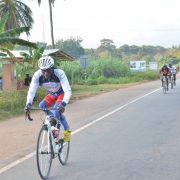 Paralyzed From Polio, A Cyclist Rides
Stacey Knott
Migraines Are No Laughing Matter

This Dog Biscuit Bakery Gives Purposeful Jobs For People With Disabilities
Don’t miss one more amazing story.
Every week, we’ll send a few of our favorite stories to inspire you.
Send this to a friend
Scroll to top