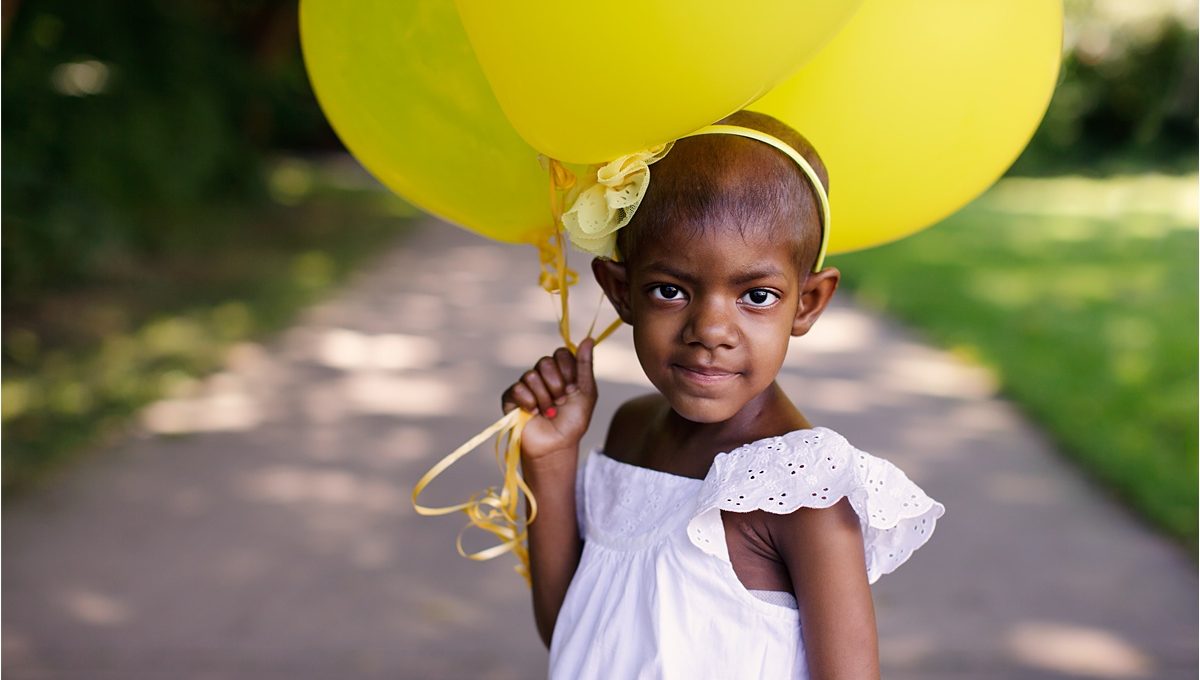 In December 2011, after Cynthia Dawson’s four-year-old daughter Ava started losing her balance, Ava was diagnosed with a terminal brain tumor called diffused intrinsic pontine glioma (DIPG). Ava’s only treatment options were experimental, so the family moved from Texas to Arizona so Ava could participate in a clinical trial.

A self-proclaimed hobbyist photographer, Dawson looked for a photographer in Phoenix who was willing do a pro bono photo shoot with Ava, documenting the girl’s kind spirit and love of pink for posterity. To her surprise and disappointment, Dawson came up empty.

Later, Ava’s tumor progressed and the family returned home to Texas, where Dawson knew a larger network of photographers. Ava had her photo shoot in 2012, one month before she died. At that point, Ava had already lost her ability to walk, so it came at a grave time for the family. “She didn’t understand what was happening to her body,” Dawson says.

Still, dressing up in a pink dress and a sparkly gold crown brought Ava joy. “At her session she was very happy and she was able to be herself and laugh and giggle,” Dawson says. “To have those memories of her being so joyful is something we always treasure. [Those photos] mean everything to us. It’s a physical reminder of her.” 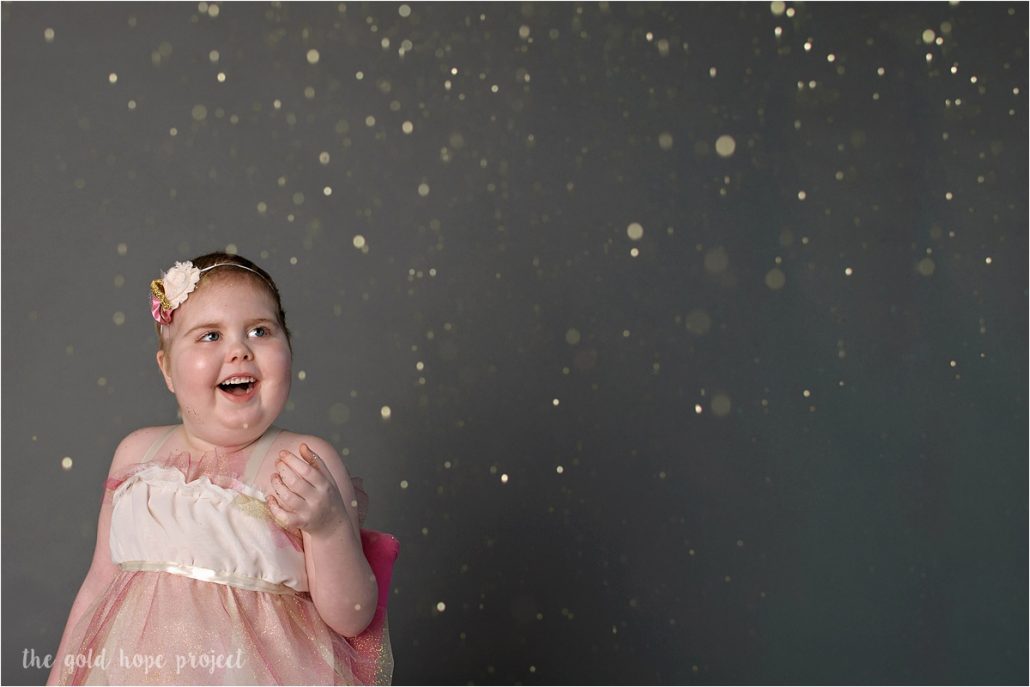 Dawson called that photo shoot the first Gold Hope session. She saw a need for pro bono photography services to help other families dealing with pediatric cancer create memories and share their stories. “When Ava was sick, I wanted people to know more about the things she was going through, what her diagnosis meant,” Dawson says. “Being able to share their child’s journey is so therapeutic, to let the public know, ‘my child is not a statistic.’ I think a lot of the times people hear certain statistics and it’s easy to forget, it’s real people behind the numbers.”

When Ava was sick, I wanted people to know more about the things she was going through, what her diagnosis meant… My child is not a statistic.

To that end, Dawson co-founded the nonprofit organization Gold Hope Project, which achieved 501(c)3 nonprofit status in late 2014. The organization works with professional photographers all over the world (over 500 at last count) to photograph “fighters” (kids battling cancer), survivors, and their families. They also create remembrance photos for kids who’ve already passed. The organization then shares fighter stories on its blog to raise awareness about pediatric cancer. Dawson says proudly they completed their 500th fighter session this summer. 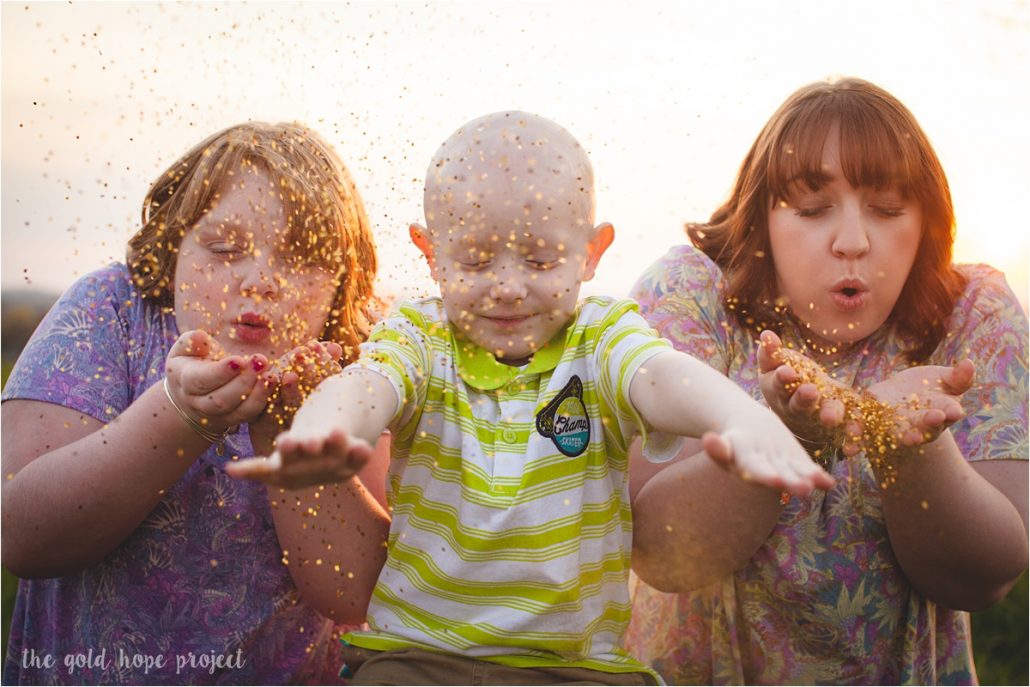 Erin Wilkos’s son Nate is one of those fighters. About a year after Nate was diagnosed with acute Lymphoblastic Leukemia, Wilkos saw a Facebook post about the Gold Hope Project and applied for a session. “We weren’t sure if Nate was going to make it or not,” Wilkos says. “He almost passed away a few times. We figured a professionally done photo, even if it was the last memory of him, would be something we could cherish.”

Fortunately, it wasn’t the last memory for this Connecticut family. “Nate is 15 and is doing absolutely fabulous,” Wilkos says. “He is nine years off chemo and just joined the football team and is a junior firefighter.”

Nate and family still do cherish the photo shoot experience. “The photographer met with him and myself and my husband,” Wilkos says. “Nate was really into the army and liked owls, so she set up the most amazing backdrop and had an army uniform for him. He loved it!”

GPH gives families the option to order an album of images from their session, so Wilkos did. But their album got mixed up with another family. “Our book went to someplace near Alaska and we got someone else’s book,” Wilkos says. “In communicating with her, I discovered she had a farm that had snowy owls. We exchanged books and she sent along a bunch of photos of snowy owls for Nate. We check in every once in awhile.” 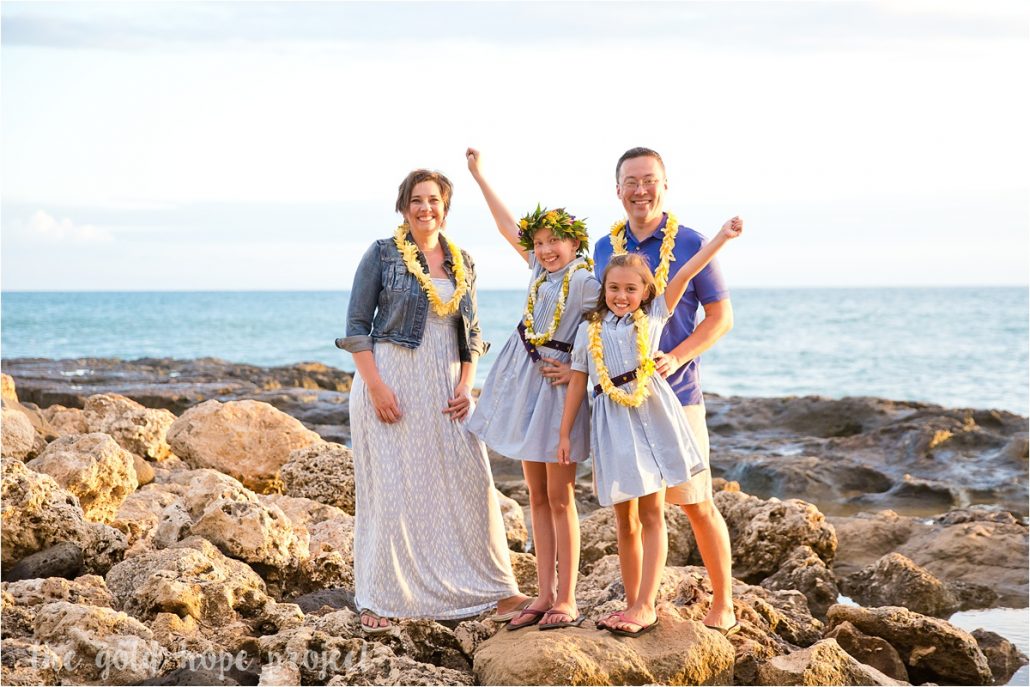 Of course, the Gold Hope sessions don’t just benefit the fighters and their families. Some of the photographers who volunteer their time and expertise also find the experience cathartic. Having two kids of friends get diagnosed with acute lymphoblastic leukemia and another friend’s kid diagnosed with a rare blood disease “hit me in a way that I couldn’t put into words,” says Brittany Blake, a photographer in Orange County, California. “I knew that I wanted to give back.”

In September 2017, Blake shot her first fighter session, which she describes as “life changing.” Her nine-year-old fighter was in remission from leukemia. “She was so strong but you could also tell cancer had broken her in so many ways,” she says. “I had a daughter who was a year older at the time. As a mother, it was heart-breaking to try to imagine everything this girl had been through.” Blake stays in touch with several of the families she’s photographed. 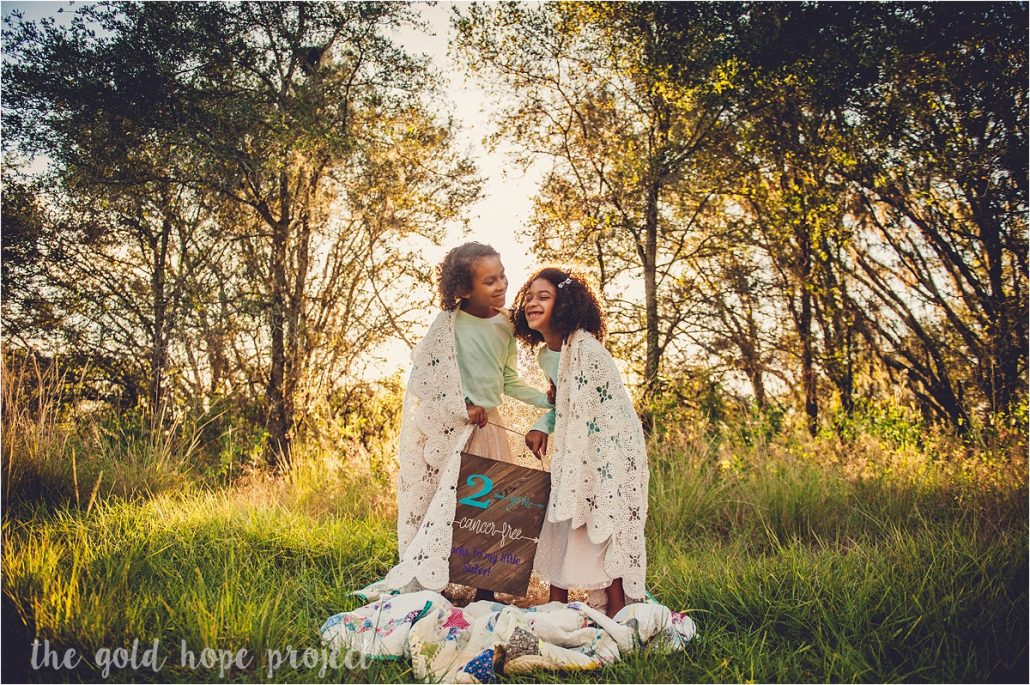 Dawson says these fighters and their families “have a really unique spirit usually and I think that definitely rubs off on the photographers who get to work with them one on one.”

As the Gold Hope Project grows, Dawson hopes to raise money to help fund critical research on pediatric cancers. “The stats are unfair when it comes to pediatric cancer specific research, a fact I learned after Ava got sick,” she says. “Her type of cancer had no new medical advancements in over 40 years due to lack of research. This year we will be able to join other organizations and fund research grants specific for DIPG and we are hopeful that one of these research studies will lead to better treatment options and one day a cure.”

For fighters stories or to find out how you can get involved, check out The Gold Hope Project’s website. 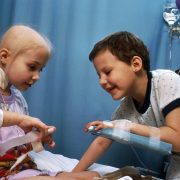 The Rusty Nail That Almost Killed Me
Don’t miss one more amazing story.
Every week, we’ll send a few of our favorite stories to inspire you.
Send this to a friend
Scroll to top