A Lifelong Runner, Sidelined By Disability

Running has been the ribbon of continuity that has run through my life. Now it's been severed by disability, perhaps for good. What do I do now?
degenerative vertebral disc diseasespinal stenosisulcerative colitis 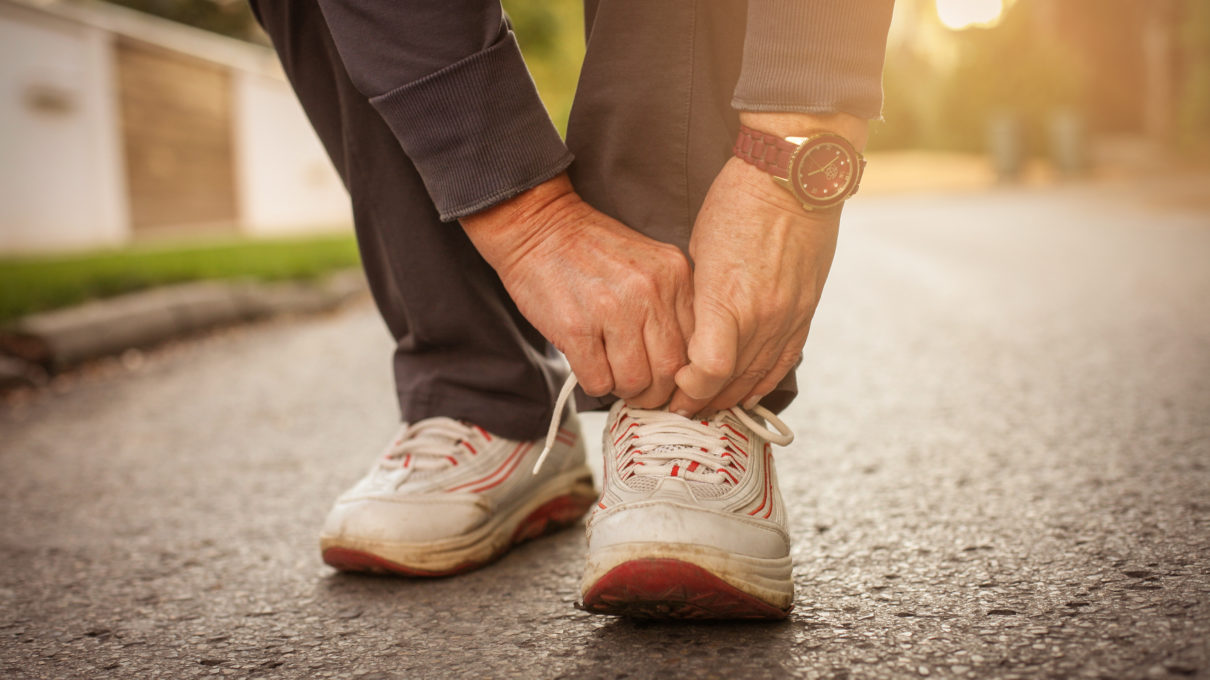 I’ve been running since middle school. I was never the fastest, never ran the longest distance, but I placed occasionally and enjoyed it immensely. I had to quit the track team in high school because we couldn’t afford the costs of participation, including expensive new running shoes.

I stopped running for a few years. In college I smoked and partied, which weren’t conducive to running, and then took up a dance minor, which was a different exhilarating way to move my body. After college, I worked as a security guard at a concert facility and became interested in getting strong. Though I was diagnosed with ulcerative colitis and was sick a lot of the time with pain and bloody diarrhea, I worked with what I had, when I could. I did a Navy Seal workout three times a week. I walked miles every night at the concert shed, with its expansive stretch of grassland. I ran on a treadmill occasionally to keep in good cardiovascular shape. In my late 20s, I had surgery for the colitis, removing my entire large intestine (colon) and rectum. My youth and general good physical condition made recovery very smooth. After the second and final surgery in April of 1995, I was back at my security job when the concert facility opened at the end of May.

In my 30s, I ran my first 5K. I had never run in a large group like that before. I was astounded at the early morning sound of hundreds of footfalls on the road as the herd cut our way through a sleepy suburban neighborhood. The exhilaration at the end was addicting. Everyone was smiling at each other, sharing a feeling of accomplishment. I was not fast, but I felt like my participation gave me admittance to a special group.

Running was my opportunity for escape—from the stress of a baby, from my terrible job, from the struggles in my marriage…

I ran throughout my 30s, had a baby at 40, and then worked to get my body back through running. I tried running with the stroller in search of the old physical me, but realized I had changed. Running was my opportunity for escape—from the stress of a baby, from my terrible job, from the struggles in my marriage, which later ended in divorce. I added on additional 5Ks (3.25 miles) each year, using running as stress relief and a temporary antidote to depression. I even added the Thanksgiving morning Turkey Trot as a crowning achievement— a long (for me) 5-mile race. I wasn’t a long-distance runner, but I enjoyed the variety in the 5Ks.

I still wasn’t the fastest. The only 5K I ran where I received a placement medal was one where it poured rain and so few people showed up that I scored 3rd place in my age class. By now I was slower, older and overweight. I had an increasing number of back problems, including degenerative vertebral disc disease and spinal stenosis (painful narrowing of the sheath around parts of the spine), but still, I was still a runner. In a way, it defined me, and had always defined me.

Despite increasing pain, I still hit a couple 5Ks and the Turkey Trot each year. That special feeling was still there, like I was part of a community. I started at the back and encouraged others, saying at least we got off the couch today, and that a 13-minute mile is just as far as an 8-minute mile.

In March of this year, I severely broke my right lower leg just above the ankle, on both sides. It was shattered in a bad fall. I was in the ER for more than 20 hours and then had a complicated surgery to try to fix things—as best they can be fixed. There’s a lot of metal. I’ve lived with enormous pain every day since then.

I slowly progressed through equipment. I used a rolling walker for a while, then a knee scooter my friends gave me as a gift. Once I went to partial weight bearing, I used crutches. Five months post-surgery, I am almost “done” with rehabilitation, but can barely walk, using a cane. My acute awareness of my inability to flee danger (say, a mass shooting in a public place, or darting across the street when a car is coming) is inescapable. So is my well-placed fear and growing suspicion that I may never run again. I have been forced to sit with it and find a way to accept it, while dealing with the pain of healing. It is not easy.

These last five months have been a revelation. A peek into the enormous challenges disabled people face by simply existing day-to-day.

These last five months have been a revelation. A peek into the enormous challenges disabled people face by simply existing day-to-day. I can’t pretend to know or understand what this life is truly like year after year, but the insight has been incredibly valuable. I’m angry that there’s no accessibility info on any restaurant websites. To go to the movies, I had to call and go through a phone menu to talk to someone and see if there was room for my equipment. I had to skip seeing friends do live theater, as there was no place for a walker or scooter at the performance spaces. I had to go in a special door they had to go out of their way to unlock, and sit too far away to easily hear at orientation for my son’s new middle school. I feel defeated when I arrive at the grocery and see that every accessible space is already taken. I feel awkward being stared at by strangers—with my walker, my knee scooter, my crutches, and now my cane. Small tasks I used to think nothing of are now fraught with danger and potential complications. I tried to take my dog out to pee last week, and he pulled me off my feet when he saw another dog. I fell to the ground, grateful I could catch myself with my hands, terrified of re-injury. My heart pounding and drenched in sweat, I returned home defeated and afraid. I know my life will never be the same. And yet I know others struggle with so much more, every day.

I have battled challenges and overcome them before, returning to running each time. In addition to the gastrointestinal problems, joint pain and back problems I’ve dealt with many typical running-related injuries over the years, including plantar fasciitis (bad foot pain), painfully turned ankles and loss of cartilage behind the kneecap, causing a deep ache. I persevered, hitting trails for less impact, running throughout the winter to stay active and get some daily light exposure. But I am 50 now. This leg break may be the insurmountable barrier that prevents me from ever running again.

I have taken up swimming, which I don’t love, in an attempt to chase the old cardio high. But even swimming is very painful for my leg, and it swells after the long galumph into and out of the pool area.  My physical therapist told me yesterday I am doing too much, and my pain level is too high, and that I have to stop swimming for awhile. I am impatient, and I am in pain, and those things are locked in a continuous battle.

One day, I may walk free of my equipment, but the challenges I’ve faced have permanently changed me.

One day, I may walk free of my equipment, but the challenges I’ve faced have permanently changed me, mentally and physically. The limitations and pain I live with each day have re-framed how I look at where I go and how I go there, and how others might access different places.

I’m not ready to give up on all activity, but for now, I am in limbo. Mandated rest when I am not moving for necessity reasons, no way to exercise without pain. As summer stretches into fall—my favorite time for outdoor running, I look longingly out the window, wishing I could hear my footfalls on the trail in the nearby park, trying to catch the leaves as they fall from the fast-changing trees above. This game is one of my secret, favorite things to do when nobody is around. I don’t know if I’ll ever be able to play with the trees again.

Racing From Pain To Passion
Jessica Natale Woollard
My Problem Wasn’t My Size. It Was My Scoliosis.

My OCD Diagnosis Allowed Me To Stop Shaming Myself
Don’t miss one more amazing story.
Every week, we’ll send a few of our favorite stories to inspire you.
Send this to a friend
Scroll to top