My love affair with a German man would have ended eventually anyway. But my chronic Lyme disease diagnosis drove us apart faster.
lyme disease 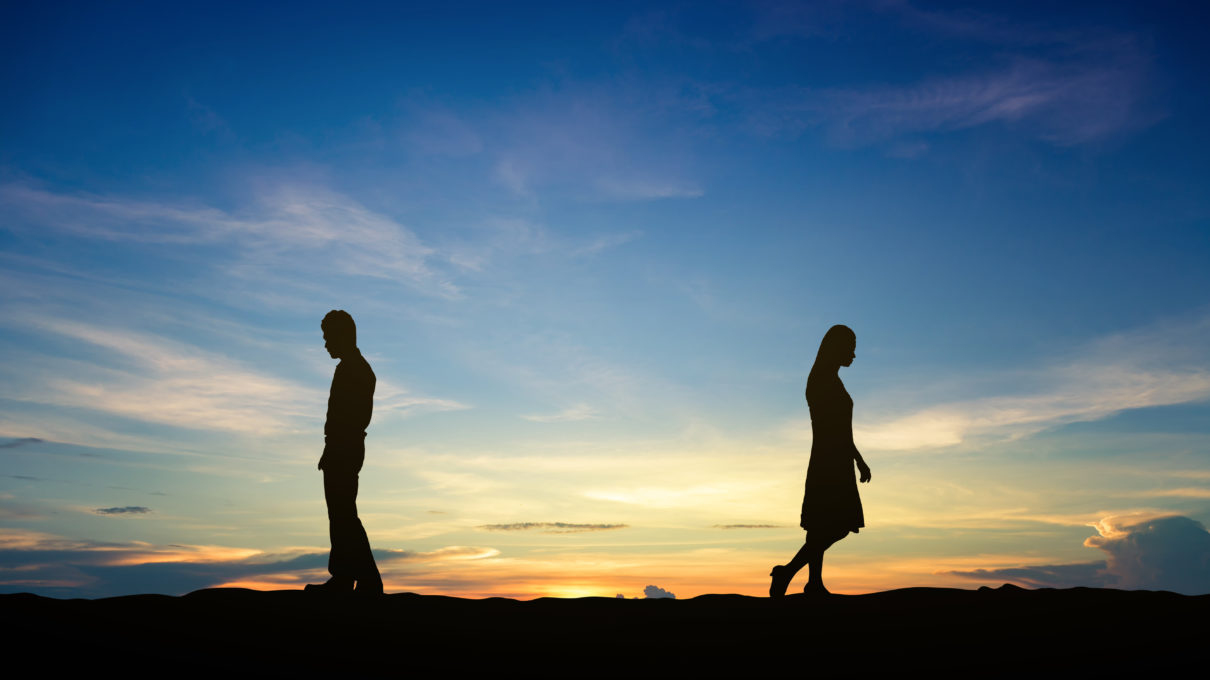 It was my first night in Germany after several months in the U.S., and I lay beside my long-distance partner, Lukas. I’d been eagerly anticipating this night since I’d last left Germany, but instead of reveling in the excitement of our reunion, I squirmed and seethed with a dreadful burning sensation in my bladder.

I assumed it was merely a terrible UTI. Knowing little about navigating the German healthcare system, I relied on Lukas to get me to a doctor, who prescribed me antibiotics — then to another when the problem didn’t resolve. Two more rounds of antibiotics later, the pain persisted, and I had no choice but to return home to get my health sorted out.

Being torn away from Lukas woke me up to how much I wanted to be with him. I ached to feel him kiss my head and throw an extra blanket over me before he headed to work, or snuggle into his chest as he called me his “knuffelberen”. I told him I thought I’d be back in a few weeks, and when I came back, we should move in together.

But back in the States, my doctors were stumped, and the next few months involved a cocktail of medications that never made much of a difference. Nevertheless, sick of waiting, I flew back to Germany hopeful things would improve with time. As I emptied my suitcase into Lukas’s drawers, I told him I couldn’t wait to build a life with him.

Needless to say, I was overly optimistic. Over the next few weeks, new symptoms popped up, including muscle twitches, heart palpitations, and numbness and tingling sensations. After flying home once more that September, I was finally diagnosed with chronic Lyme disease.

“Please tell me this will get better,” I remember saying to him.

I stayed in the U.S. for treatment that fall, occasionally calling Lukas crying.

“Please tell me this will get better,” I remember saying to him.

“That’s not what I need to hear right now.”

When I visited him over winter break, I hid how much I was struggling, just wanting to be pleasant company for him. But one night, I was so foggy-headed and sleep-deprived, I couldn’t even answer him when he asked if I wanted to go out to dinner or stay in.

“My brain can’t make any decisions,” I told him, covering my face in my hands.

He took my hands, led me to the shower, and slowly, tenderly washed me. Then, he went to the grocery store and cooked us dinner. I cried with relief, for once feeling all the demands offloaded from my addled mind.

“You’re my medicine,” I told him. Even if he couldn’t tell me what I needed to hear, the gentleness of this display of nurturing intimacy was exactly what I needed right then. But it was not always what he could give me.

Even if he couldn’t tell me what I needed to hear, the gentleness of this display of nurturing intimacy was exactly what I needed right then. But it was not always what he could give me.

I returned to the U.S. again after the holidays and explored a number of treatments. As I began to see the light at the end of the tunnel, Lukas invited me to join him in Bali, where he was spending a month for work. Finally, I thought — a year after this nightmare had begun, I could actualize my dream of spending every day with him.

But my body wasn’t done playing jokes on me. After so long apart, I longed to have his arms around me again. The plan was to share a room in Bali, but just when I thought I’d get to be with Lukas in some semblance of a normal way, I developed a new symptom — startle myoclonus, researchers call it. Because my nervous system was so hypersensitive, I’d wake up in shock each time he moved around in the bed.

Finally, Lukas offered to sleep on a mattress pad on the floor. I felt awful for him and hated to be even that apart from him, but it was the only way I could sleep without worsening the back pain that plagued me.  When he complained about my “stupid sleep problem,” I wished he could see how badly I wanted to be beside him as well. But I felt too guilty to say anything at all. I hated myself for spoiling the romantic trip.

One morning a few weeks later, he climbed up to my bed and asked if I was still tired.

“I’m always tired,” I replied, grumpy. “I don’t know how to answer that question.”

Instead of commiserating, though, he just laughed.

“Why are you laughing? That’s not funny.”

He sighed, and covered his ears like a child as I tried to keep talking.

“Are you going to listen to me?” I asked him.

I spent the rest of the day alone, contemplating a breakup. But even though the way he was treating me angered me, there was a part of me that understood. He’d been kicked to the floor by his girlfriend, and all his attempts at salvaging our time together were thwarted by my invisible condition. He hadn’t ever experienced for himself what chronic Lyme disease does to your body: how could he understand what I was going through?

He hadn’t ever experienced for himself what chronic Lyme disease does to your body: how could he understand what I was going through?

Besides, I knew his anger was coming from the same emotions I was feeling — a deep yearning for the fun, happy-go-lucky relationship we once had. For the days when we effortlessly fell asleep holding each other. I wished our common anguish would bring us together, not drive us apart.

After returning to the U.S., I told my healthcare providers that the goal of my treatment from then on was to be able to sleep next to Lukas. But soon, I realized that, maybe, I was fighting for something that couldn’t be saved, chronic illness or no. Reasons he and I weren’t really compatible had begun to sneak up on me: We didn’t have that many common interests, and there was a lot he just didn’t get about me, from my interest in spirituality to my passion for feminism. I had a long discussion with Lukas about our differing needs, and we mutually decided to call it quits. But first, I planned one last trip to Germany to say goodbye.

On our last day as a couple, we did all the things we used to: shared an ice cream cone, played an overly competitive game of ping-pong, lay in the park and talked about how much we meant to each other. As we sat on the couch in front of our favorite show, Broad City, I looked up into his eyes and whispered, “I want to share a bed with you.”

“I know, buddy,” he said. “But we’ve already tried that so many times. I don’t mind sleeping on the couch.”

I wished he was wrong, but he was right. I had a big day the next day and needed to get at least a little sleep. I lay in his bed wishing he were with me, walked over to the couch to give him one last kiss, then finally went to bed. When I woke up, I saw him lying awake and invited him into the bed with me.

I wished he was wrong, but he was right.

He didn’t laugh or complain this time. Instead, he spread his palm and placed it over my forehead, and I felt an unexpected sense of relief wash over me. It was as if my whole nervous system settled, and I fell back asleep. He went back to sleep as well, right there next to me on that bed, just as I had wished for.

After a good half hour, I got up to pack my stuff and said goodbye. 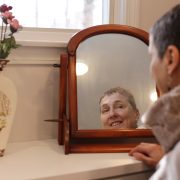 The Man Who Created The World Cup of Blind Cricket
Don’t miss one more amazing story.
Every week, we’ll send a few of our favorite stories to inspire you.
Send this to a friend
Scroll to top