A Mermaid Saved My Brain

After a traumatic brain injury, a fairy tale I told myself in the dark helped lead me back into the world.
aphasiadyslexiaSjogren’s Syndrome 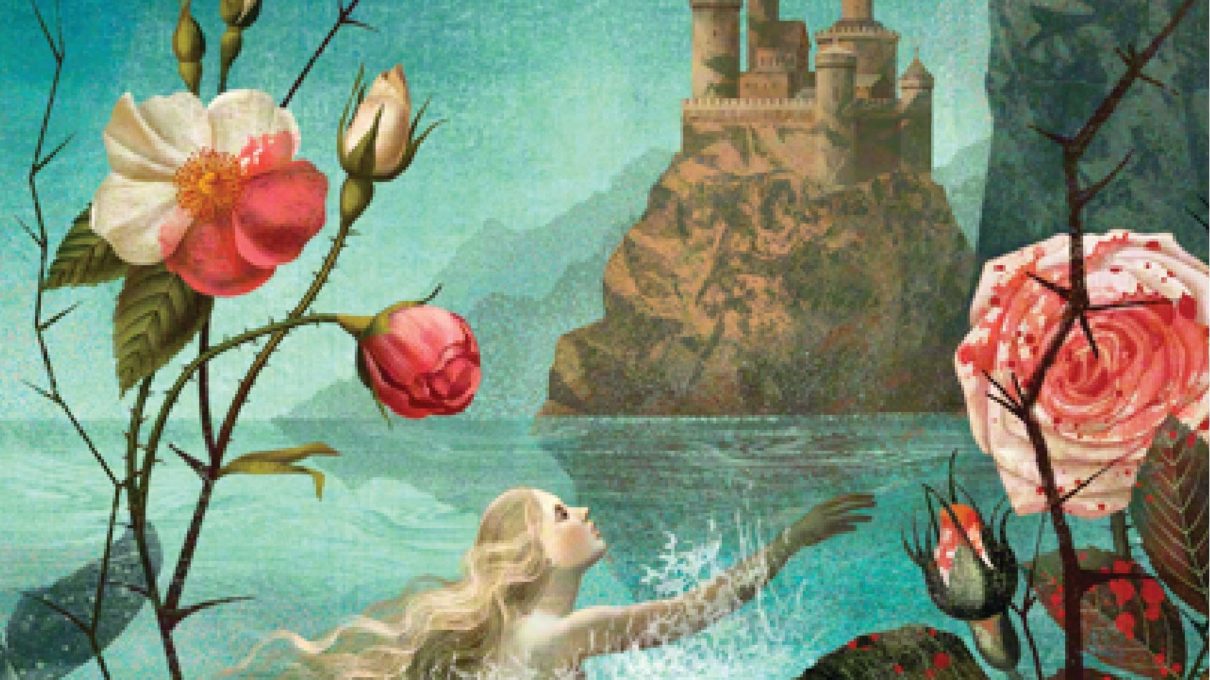 When my neighbor’s dog attacked in April 2012, my head hit a concrete step hard. I had a concussion. But I couldn’t say much about it, because the injury knocked language out of my brain.

I knew what words were. I also knew they were there inside me–deep inside–but I couldn’t get to them. Words had become foreign objects, strange shapes on the page, impossible sounds in the mouth. I could still understand what other people said, for the most part, if they spoke quietly and not too fast. But anything written down made no sense at all. I had dyslexia and aphasia, which is the inability to find the words I needed or to make sense of the ones that did come.

As a novelist and a college professor, I used to read and write and talk to students and colleagues 14 hours a day. I couldn’t be sick, because in the competitive academic job market, if you leave one job, you won’t get another. So I tried ignoring my symptoms and working harder.

I should have known better. I did—I just wouldn’t accept it.

Pain and disease had always been research interests and topics in my novels. Black Plague, tuberculosis, Spanish Influenza, syphilis—I’d infected my characters with so many horrible sicknesses. And I knew that sleep is important, just as well as I knew that talking through symptoms and telling the story of your illness over and over to healthcare providers is an important part of healing.

I used to feel as if an octopus was trapped inside my skull.

Here’s what I would have said: I used to feel as if an octopus was trapped inside my skull. It would fight hard until it burst out from a painful spot just above my left eye, then wrapped itself around my head and squeezed my skull. I imagined it was gouging back into my eyes and scrambling my brain till I couldn’t hold a thought, much less form a sentence. This was how I made sense of constant migraines with ocular distortions, blind spots and vomiting. I barely slept—often I didn’t sleep for days—and I was so tired that my body ached as if it had been beaten with sticks.

Worst of all, after weeks and months, I still couldn’t read, write or speak much. The ability might come back for a short time, then vanish again. My boyfriend, Greg, used to read student papers to me so I could type or dictate comments and grades. I did a lot of nodding and smiling in meetings. I tried to make every word count because there were so few of them.

I put a lot of effort into finding a cure. In the first year, I described the octopus to eight doctors and their teams. I followed their protocols, from medication to trigger-point dry needling and a sugar- and gluten-free diet. Some of it helped a little. Some was merely a bill with side-effects. One doctor listened to me laboriously describing the octopus and some other migraine-related metaphors and tried to send me to be evaluated for psychosis.

In many ways, I appeared to be high functioning. Greg and I got married, in a ceremony I don’t remember. In 2013 I published a novel—The Kingdom of Little Wounds—that went on to win several national awards. But I’d written that book before the TBI, and when I looked at it, I didn’t recognize it. I felt I had met the characters a long time before, and I’d forgotten what they’d done.

In bed in a dark room, I started silently to imagine a story for myself. It was about a girl with a confusing body,

I had just one semi-reliable form of language left. In bed in a dark room, I started silently to imagine a story for myself. It was about a girl with a confusing body, one that’s not a fish or a woman or even a full mermaid, because her mother came from the land. This half-mermaid is struggling to get control of her body, and she wants to become a witch to do it. I called her Sanna. She kept me company. She was, in a sense, also Susann, because I needed some magic to control my body and brain. It would turn out that what I needed was Sanna herself.

I limped along this way until the spring of 2017, when I developed new symptoms. I started first fainting and then having seizures. If there was a loud sound, a flash of light, or more than one bit of sensory input at the same moment, my body curled up and fought itself.

My supervisor sent me home on sick leave. I haven’t been back since.

In the next two years, I got dramatically worse. Any progress I’d made with language was lost; I had a hard time speaking more than a couple of sentences a day. I had more scans for strokes and epilepsy. My husband and I tried a private clinic where my brain function got worse. We tried a new local team of doctors who specialized in head injuries. The lead physician there told us my problem was something more than a concussion, but no one could guess what it was. I was tested for Lyme Disease; providers’ interpretations were mixed.

All through this, I kept thinking about my alter ego, Sanna. I decided that I had to try writing her story. I could write, sort of, if I kept my eyes closed and propped my laptop on my knees. I thought the story would help me. After all, fairy tales and other small stories are the way we learn to live in the world. They teach us structure and hope.

The first result was gobbledygook, a mix of letters and words that didn’t add up. It wasn’t just dyslexia or aphasia anymore; it was almost as if words didn’t exist in my world. The only way I knew to try to fix the problem was to practice more, dig deeper, before it all flew away. I had Sanna master the switch between fish tail and human legs and go ashore, where her magic occasionally misfires and another witch keeps her prisoner. The parallel with my own life was so clear, only I was the witch imprisoning myself.

Fairy tales and other small stories are the way we learn to live in the world. They teach us structure and hope.

Meanwhile, Greg went through the stacks of paperwork I couldn’t read, and he noticed that I’d once been diagnosed with a condition no one was addressing: Sjögren’s Syndrome.

I told him, “The doctor who found that said it wasn’t going to affect my life.”

But Greg looked into it anyway. He found out that because Sjögren’s dries the tissues in the body, it can produce brain fog and pain in the muscles and joints, seizures, rashes, fatigue—many of the problems I’d been having. It could have combined with the concussion for a double-whammy of symptoms.

We had found a puzzle piece. With a new rheumatologist and medications, I got slowly better. Not all the way–still damaged, still with silent days–but overall improved.

I have more control now. I can hold short conversations and sometimes take a walk by myself. I finished Sanna’s story, and my old publisher bought it. The long process of seeing the book into print gave me more challenges.

When the first copy arrived in the mail, I cried. This story, this thing that had lived in me for years, was now a concrete object out in the world. And it had led me back into the world too. I am now a freelance editor helping other people tell their stories; I work when I’m well, and I control my schedule.

Mermaid Moon was published in March, just in time for the pandemic. The future of books, like the future of the world, is uncertain, but I do know that this time, the victory came in writing itself. And in being Sanna’s very first reader. 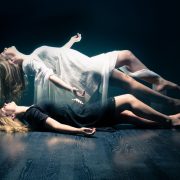 Out of Body
Laura Holmes Haddad
In The Shadow Of Hiroshima, I Learned To Love My Chronically Ill Body

Making Modeling More Inclusive Of Disability, One Brand At A Time
Don’t miss one more amazing story.
Every week, we’ll send a few of our favorite stories to inspire you.
Send this to a friend
Scroll to top