A South-Of-The-Border Surf Camp For Kids In Wheelchairs 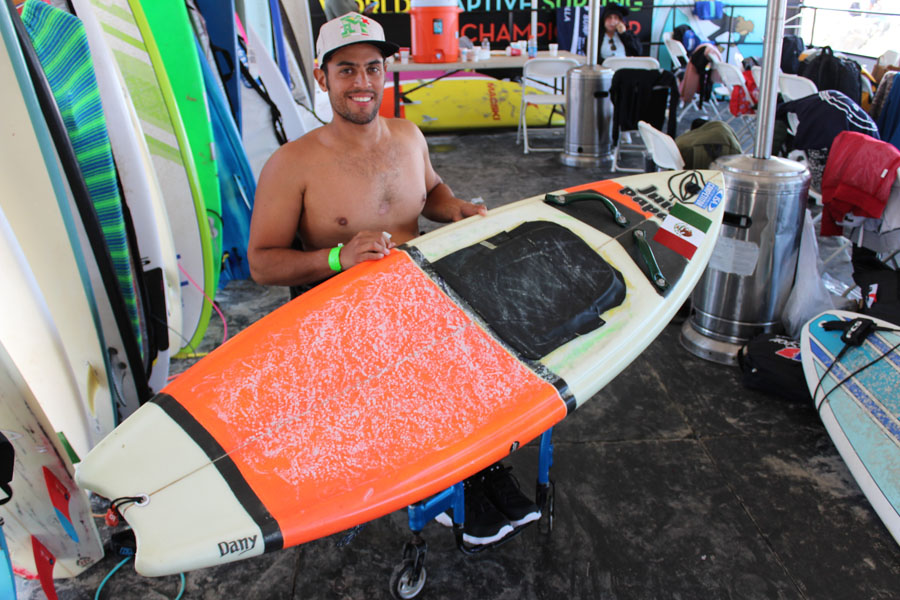 Got a few minutes? Want a chance to win a $250 Amazon Gift Card? We want to know more about why you read Folks. Fill out our survey!

But it’s the surfboard that gave Gomez hope after he was partially paralyzed after a motorcycle injury… a hope he now looks to share with other people with spinal cord injuries at Surfeando Sonrisas, or Surfing Smiles.

The Mexican nonprofit will launch in the resort city of Acapulco on July 21 by taking ten kids with spinal injuries and motor disabilities to surf for the first time. Some 40 other surfers, lifeguards, and volunteers will help the kids stay on their boards and ensure their safety in the water. 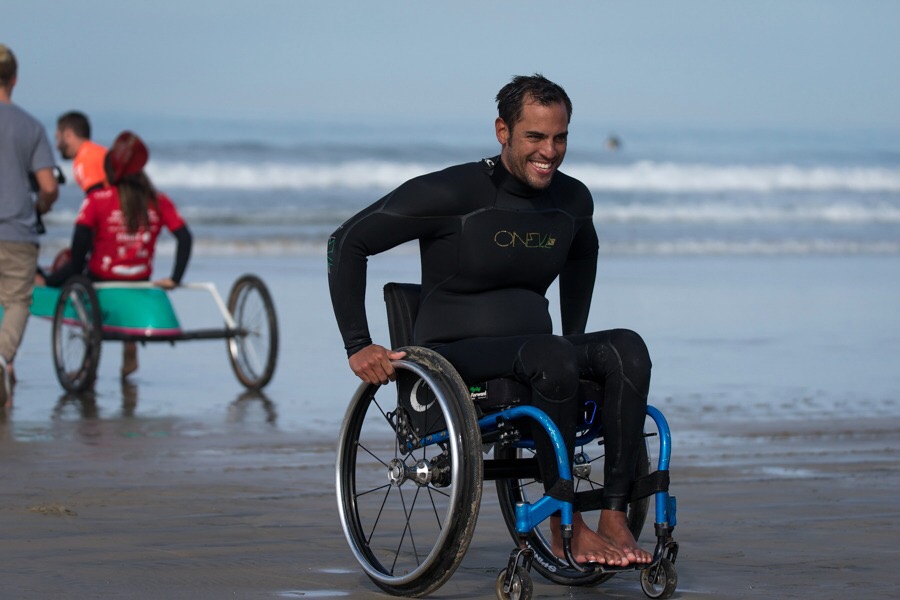 Daniel Gomez de la Vega wants to teach kids with mobility issues how to surf like him.

“I want these kids to learn about the ocean, to exercise, and explore their own minds,” Gomez says. “I believe that sports can help rescue people from anything.”

“I believe that sports can help rescue people from anything.”

He believes that from personal experience.

On a rainy Sunday in 2011, the 34-year-old athlete was training for an off-road motorcycle competition when he fell off his bike and broke his spinal cord, paralyzing his lower body. After the accident, Gomez slipped into depression, as he tried to adjust to a new life without any of the activities he loved to do.

Then he went surfing. As friends swam nearby, helping him, Gomez caught waves lying horizontally and dove off his board when they broke, relying on upper body strength to stay above water.

It was, he says, like a bolt of lightning struck him.

“When I finished that day, I had an incredible feeling,” Gomez says. “I lived differently.” And it got him thinking about how he could help others have the same experience.

“It doesn’t matter if you surf standing up, lying down,” Gomez says. “It only matters that you get in the water.” 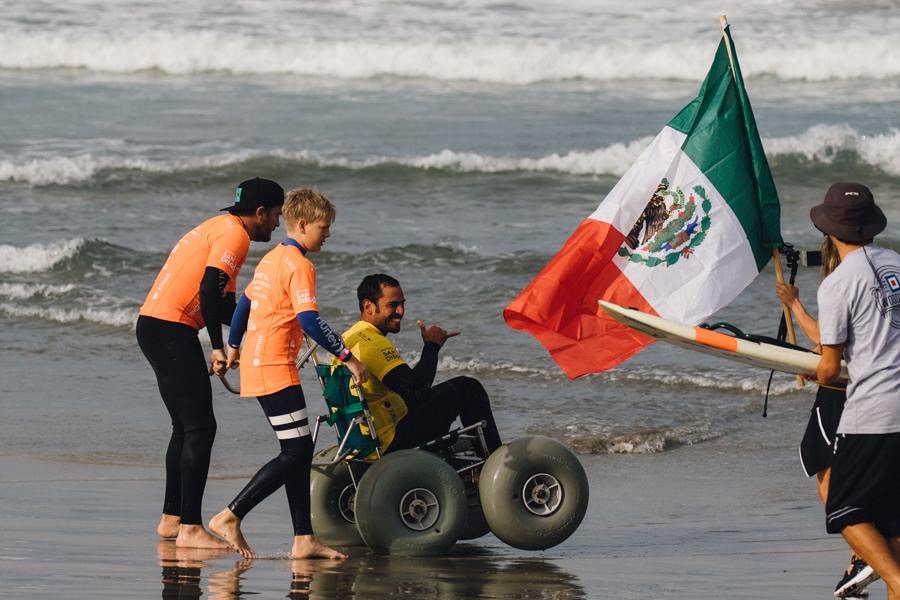 Using a floating wheelchair to get to the water to surf.

That’s the point of Surfeando Sonrisas: to get other people with disabilities in the water. The camp, which was inspired from the California-based surfing camp Life Rolls On, is the first of its kind in Mexico and aims to host learn-to-surf events for 10 to 18-year-olds. Eventually, Gomez hopes to expand beyond kids, and teach people with motor impairments and spinal injuries of all ages to surf.

Although the camp’s first event has not yet started, Surfeando Sonrisas has prepared participants for surfing by taking them into a swimming pool and teaching them to float and hold their breath. Many of those kids were surprised by what they could do in the water.

“It doesn’t matter if you surf standing up, lying down,” Gomez says. “It only matters that you get in the water.”

Without corporate sponsorship, Gomez has turned to crowdfunding to raise money for his organization. The money he raises goes to cover the cost of foam surfboards, life vests, Neoprene shirts, beach tents, and a few plastic accessibility mats. But it takes a lot of money to bring the hope of surfing to kids who can’t easily get to the water without enough accessibility mats to cover the 80-meter distance over the sandy, wheelchair-hostile beach

So how will Gomez’s first students get to the beach? Gomez shrugs. “We’re going to carry them.” 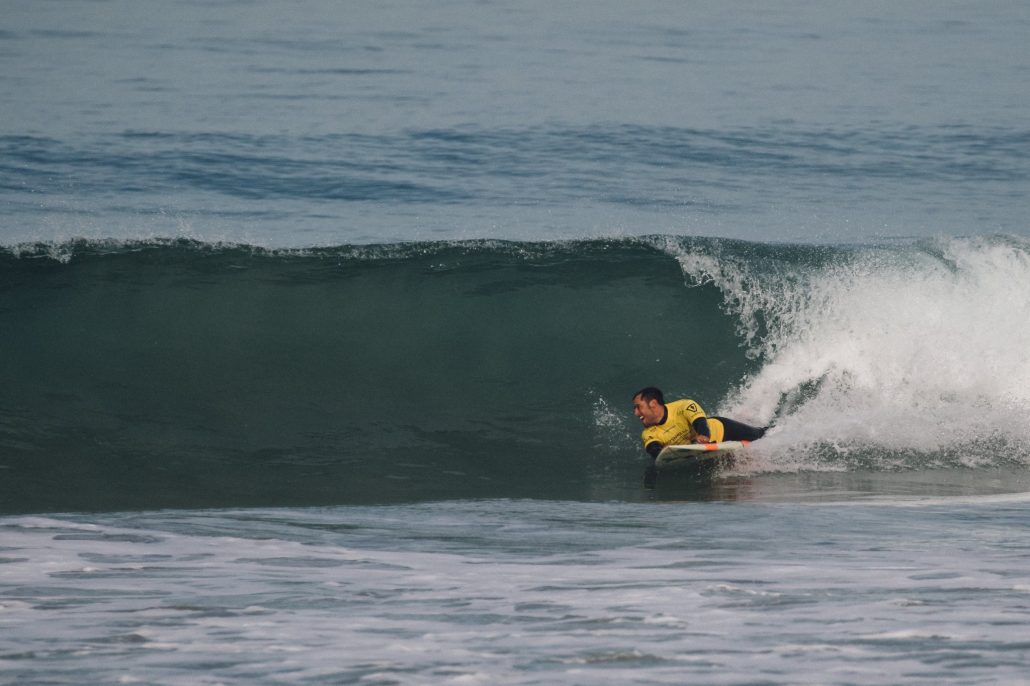 There’s no such thing as ‘normal’ in the water, says Gomez. Anyone can float; anyone can catch a wave.

The truth is, although Surfeando Sonrisas could certainly use more money and resources—he dreams of one day taking the surf camp on tour with an adapted bus that would bring kids with limited motor abilities from across Mexico and Central America to surf at the beach—he knows firsthand that Mexico needs as many disabled surfing advocates as it can get: he was the only Mexican paraplegic at the World Adaptive Surfing Championship in La Jolla, California last year;.

He sees Surfeando Sonrisas as a school that could propel more young Mexicans to the top.

You can help support Surfaendo Sonrisas by donating here. 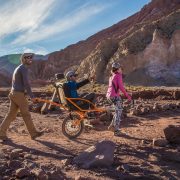 By Wheel, By Stick, By Crutch: Making The World's Wonders Accessible To All
Zoe Mendelson
The In-Between Days Of Having Cancer

Is Medical Crowdfunding Really The Answer To A Broken Healthcare System?
Don’t miss one more amazing story.
Every week, we’ll send a few of our favorite stories to inspire you.
Send this to a friend
Scroll to top