Agent Lupus in the F.B.I.

As an FBI agent, Shahna Richman was trained to handle everything from bank robbers to serial killers, but it never prepared her for lupus.
lupus 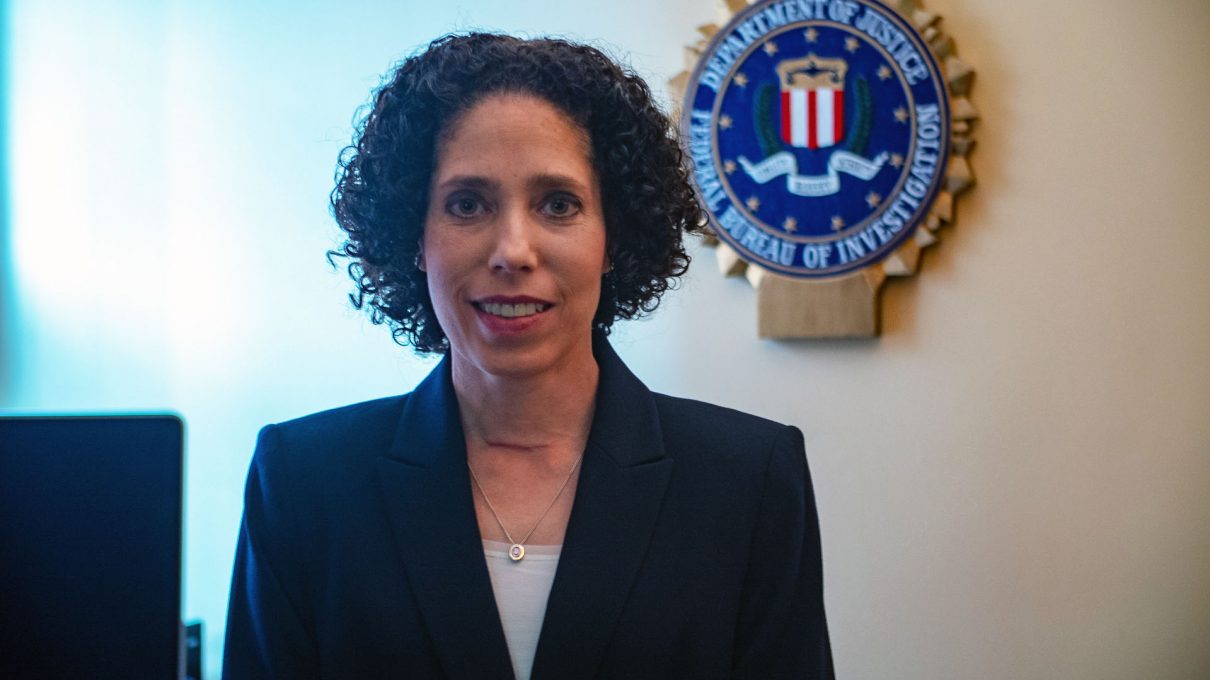 Shahna Richman wasn’t diagnosed with lupus until she was 29, but it explained so much. “Just odd childhood things,” she says, now 48, a private forensic and security consultant in Evanston, IL. Things her family explained away with “Shahna has a nervous stomach,” or “Shahna is prone to sun rash.” During her sophomore year of college, she got mono and pneumonia simultaneously, and also found out she was severely anemic.

Later, as a police officer in New Haven, CT, the ailments piled up: Richman was diagnosed with hepatitis, thought to be caused by an errant syringe. And one day, her eyes turned bright red, which her doctors thought must have been caused by a fire extinguisher she had used to put out a car fire two days previously. “Now I know it’s part of iritus,” she says, a painful inflammation of the eyes that can accompany lupus.

Richman suspects lupus may have also been behind her many joint blowouts and broken bones after the years. After being admitted to the FBI in 1996, at a training session in Quantico, the 5’2”, 115-lb Richman (the second smallest person in class) was ordered to wrestle a 6’6”, 300-lb pound man (the second largest person in class.) “I had him in a choke hold and he just stood up swinging. It was humorous, but I went flying.” Richman dislocated her shoulder. “One of the instructors I was friendly with put me against the wall and was like chck,” she says, imitating the sound her shoulder made when it was popped back in its socket. “They pumped me full of cortisone and I was good to go.” 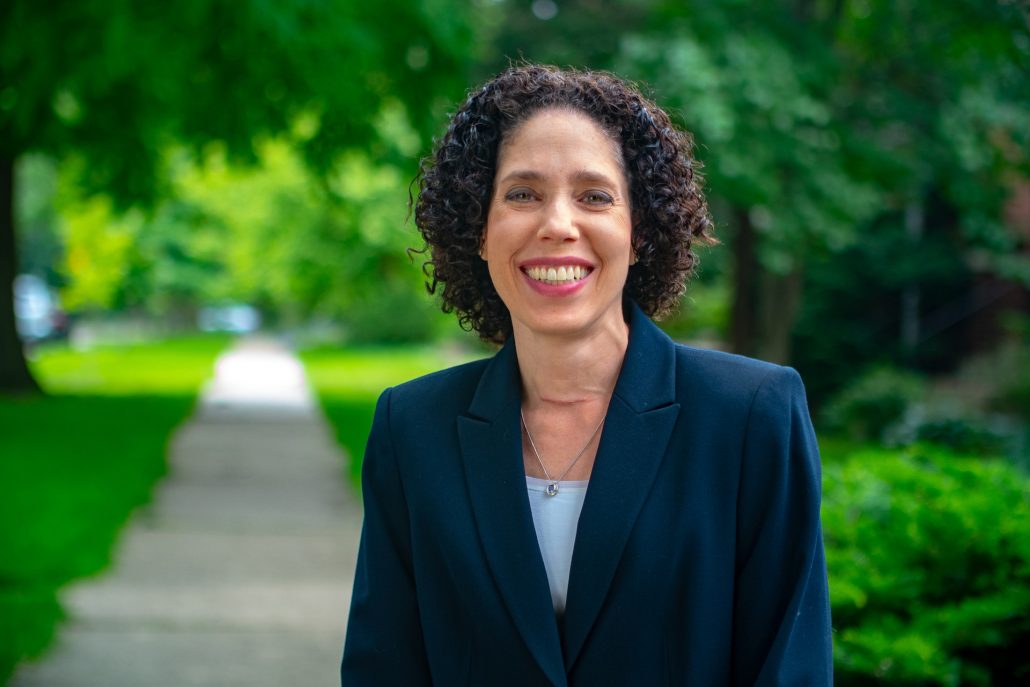 Shahna Richman trained to be an FBI agent for years, but she never planned for lupus.

It was, of all things, a suspected windburn that got Richman her diagnosis. As a road racer, she was used to facial redness, but one day at work, she developed a butterfly, or malar rash, which worsened as the day went on, despite the fact that she was indoors at the FBI Rolling Meadows satellite office outside Chicago. The rash grew bumpy and thick, to the point where one of her co-workers insisted on driving her to an allergist.

Paul Detjen administered epinephrine but Richman’s symptoms made him think to run a test for systemic lupus. “I’d never heard of it before, and it was off the charts,” Richman says.

The way she explains it to people unfamiliar with lupus, Richman’s immune system is like “putting 100 preschoolers in a room with nothing to do and watching what happens to the stuff in the room: they’ll destroy it.”

The way she explains it to people unfamiliar with lupus, Richman’s immune system is like “putting 100 preschoolers in a room with nothing to do and watching what happens to the stuff in the room: they’ll destroy it.” Her lupus is a form of super-immunity that affects her entire body and will destroy it if left unchecked.

Armed with the diagnosis, Richman better understood what could trigger her symptoms so that she could attempt to manage her health and her job. Light, for instance. She had risen high enough through the FBI ranks to earn her own office—one with UV lights over her desk. “I was getting sick every day and I couldn’t figure it out because I’m a dummy,” Richman says, acknowledging the irony of a trained FBI agent getting taken down by the wrong light bulb. “Then I got a desk lamp and I started feeling better.”

Stress is another trigger. Richman worked in VCMO, which stands for violent crimes major offenders. “My squad handled bank robbery, fugitives, serial murderers, kidnapping, and the internet exploitation of children,” Richman says. In 2001, she worked on the Shanksville 9/11 plane crash site, identifying remains by their tattoos. “Everything I worked in is just a big pile of PTSD,” Richman says.

Her pride in her work kept her struggling to balance her illness with the stress. “As far back as college I had an interest in the FBI,” she says. After getting her undergrad degree at the University of New Hampshire, she pursued a masters in forensic pathology at Yale while working as a police officer, all the while aiming for the FBI. “They accepted one out of every 5,000 qualified applicants back then,” she says. “But I was always of the mindset, ‘Why not me?’”

Finally getting to the FBI was a thrill. “We do wear suits. We do flip open those credentials,” Richman says. “It is an incredible feeling when you’re a new agent, to knock on someone’s door and say ‘FBI, Special Agent Shahna Richman: you’re under arrest.’”

“It is an incredible feeling when you’re a new agent, to knock on someone’s door and say ‘FBI, Special Agent Shahna Richman: you’re under arrest.’”

Her proudest moment as an agent came in 2006 when Richman, after doggedly working the case on her own, saw to the conviction of three skinheads who terrorized a black family in Fox Lake. “Those victims were children. Their families were so deeply affected by the case,” says Richman. “In any other case I worked, I never felt a greater sense of justice.”

No matter how dark, violent, or depressing the case, nothing compared to the struggle that was managing and concealing Richman’s lupus. This was fairly simple at first. “When one medicine would stop working or I’d develop an allergic reaction, we’d move onto the next one,” she says. In the meantime, in the years before automated computer systems, she could reschedule gun range dates if her arthritis made her hands feel too stiff. Richman’s best friend in the bureau, who knew she had lupus, took care with her during defensive training sessions, aware that Richman was especially fragile after high doses of prednisone: “It has eaten my bones.”

Richman told herself that she was physically able to do her job, but she says she knew it was a lie – an exhausting one.  “I remember walking around the office, smiling, then going to the bathroom and shutting the stall, taking that plaster smile off my face and that relief of, ‘I can just stand in this bathroom for five 5 minutes and just be, instead of having to hide who I really [am].’”

She experienced some relief with Rituxan, a chemotherapy drug commonly used for the treatment of lymphoma, but couldn’t escape its side effects. “I distinctly remember being in an interview with a custodial subject with another agent, but I had to excuse myself from the room very quickly, run down the hall, and I had to vomit in a trashcan in the bathroom. I washed my mouth out, popped some gum, went straight back into the interview room like nothing was wrong.” It was a low point. She realized that her disease wasn’t just affecting herself; it was affecting her job and her co-workers.

Why did she put herself through all this? Richman says simply: “Because I wanted to be an FBI agent. “

Why did she put herself through all this? Richman says simply: “Because I wanted to be an FBI agent. “

Ultimately Richman’s hand was forced when it came to revealing her condition—her special agent in charge discovered she was on Rituxan, which he was familiar with. He asked Richman if she had cancer, and she told him the truth. She eventually learned that systemic lupus erythematosus is a disqualifying medical condition when it comes to being an FBI agent. 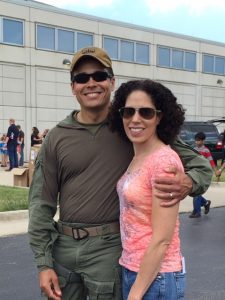 Shahna with her husband.

After turning down a job teaching at Quantico, Richman accepted an official medical retirement, and went on to serve as the director of security at the Illinois Holocaust Museum, as well as a private bodyguard to high profile entertainers, politicians and athletes, consultin. She is also serving as an adviser for a Chicago play about an FBI agent with PTSD (it’s based loosely on her life.) Her husband, whom she met at work in the FBI Chicago field office, continues to work as special agent, which can be painful. “If I were married to a layperson, it would be easier. It wouldn’t be in my face every day.”

Almost a decade later, Richman knows that the FBI made the right call when they retired her. Unlike other people with lupus, she has not seen any remission in the sympotoms of her disease.  “I can’t be an agent any longer. I knew that then, I know that even moreso now. Watching my health decline over the last ten years, they absolutely did the right thing.”

But she still hates not being an FBI agent. “I mourn the loss of that job every day,” she says. Her eyes get very big, and shiny. “I hate it. But they did the right thing.”

Lupus Prepared Me To Survive COVID, But Society Wants To Sacrifice Me Anyway
Meghan Beaudry
A Real-Life Wheelchair Superhero

Falling Back In Love With Music After Deafness
Don’t miss one more amazing story.
Every week, we’ll send a few of our favorite stories to inspire you.
Send this to a friend
Scroll to top