Ask Ada: ‘When Should I Tell A Date I’m Disabled?’

In our new advice column, Ada explains the best way to reveal an invisible disability when dating, and helps a husband understand his wife's decision to undergo a life-changing surgical procedure.
Ask Adabrca1 mutationbreast cancer 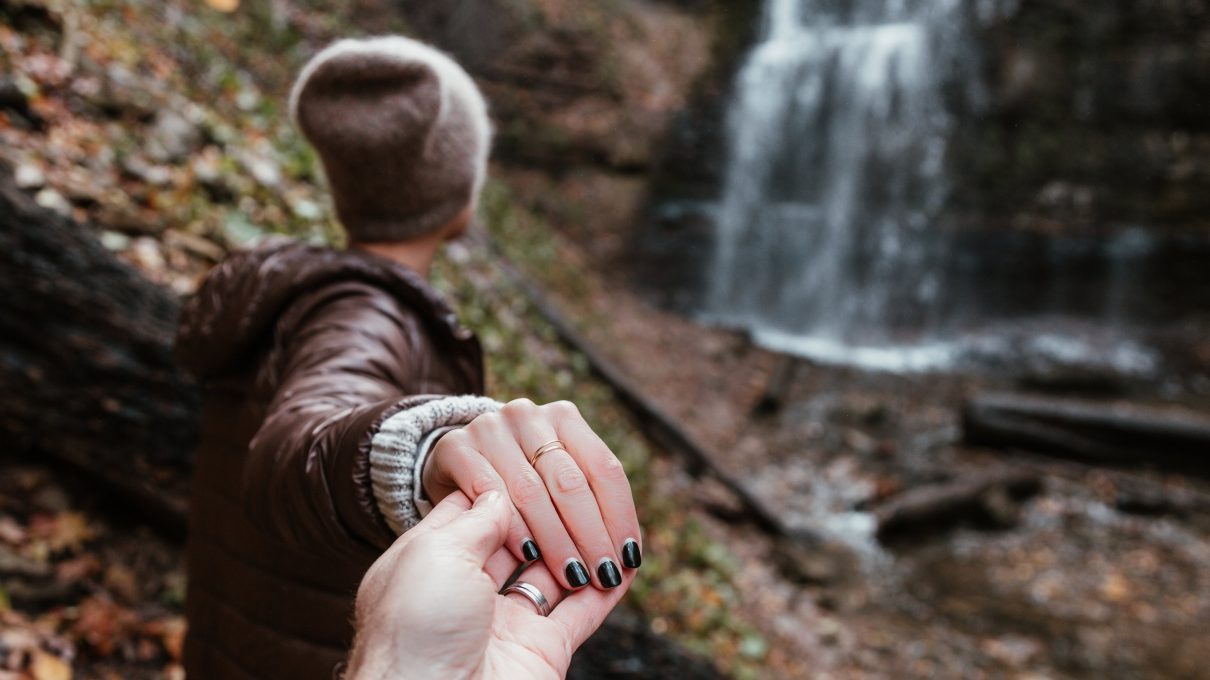 Welcome to Ask Ada, Folks’ bi-weekly advice column for people impacted by health issues or disability. Want Ada to help you with a problem? Email Ada at askada@pillpack.com or tag @folksstories on Twitter with the #askada hashtag.

How Do I Tell My Date About My Invisible Disability?

“Dear Ada—Reentering the dating world with an invisible disability is difficult. I’ve had mixed results: scaring people off by revealing it too early on or “being manipulative” by not disclosing it for what they perceived as a long time (~2 months, casually seeing each other). Any advice on navigating this situation?” – Sincerely, Brooke

Dating is one decision after another: What should you wear? Where should you go? How long should you wait to follow up for a second date? An invisible disability forces an additional question on you: When should you mention your diagnosis?

I wish I could tell you that there was a formula: for example, if you’re set up with your date through a friend, disclose your disability on the second date, but if you meet online, wait until at least the fifth. But unfortunately, there’s not, just like there’s no clear formula in most dating dilemmas.

I can, however, tell you that you’re wasting your time by keeping the information to yourself. This isn’t to say you should introduce yourself by saying something like: “Hi, I’m Emily and I suffer from Endometriosis!” But bringing up the topic early helps you weed the good dates from the bad ones.

Disclosing your disability shouldn’t feel like a confession. There’s nothing you need to be ashamed of.

I’d recommend disclosing your disability as soon as you’re sure that you’d like to continue getting to know the person you’re out with. You’re not determining if you want to marry them, just whether they’re worth the disclosure.

That answers the ‘when’ but what about the ‘how’? How should you reveal an invisible disability to your date?

Well, the truth is that disability shouldn’t be some shameful secret. It’s a regular part of your life, and that means the best way to disclose it is for it to come up naturally. So if, for example, you have Crohn’s disease, a good time to disclose that would be after you described your food allergies to the server. You could then follow-up by mentioning to your date how much you’ve learned about food since your diagnosis, then let them ask questions, guiding the conversation along when need be.

The bottom line is that disclosing your disability shouldn’t feel like a confession. There’s nothing you need to be ashamed of. Presenting your truth early and earnestly allows your date to process the news with understanding and compassion. If they don’t, then kick ‘em to the curb and try again.

My Wife Wants To Undergo A Double Mastectomy. Help!

“Dear Ada—Recently, my wife of three years discovered that she had the BRCAI mutation, which makes it statistically much more likely that she will get breast cancer. Her mother and grandmother died of breast cancer, so my wife wants to get a preventive double mastectomy. But I’m not so sure. I’ve tried to talk to my wife about it, but she’s adamant there’s nothing to talk about: even though she doesn’t have cancer yet, she’s made up her mind, and it doesn’t matter what I say.

Suffice to say, I’m struggling to accept her decision. It’s not that I’ll love her any less without breasts, and obviously, I don’t want to lose her to cancer. I also know that it’s her body, and ultimately, that makes it her decision. But choosing to go through such an extreme surgical procedure without really asking me how I feel about it hurts, and makes me concerned about our future. What other extreme measures might she choose without talking to me first?

What should I do? What is the right way for us to approach this?” – Sincerely, Sam

It seems as if your issue is less about the double mastectomy and more about the fact that your wife made this major decision on her own and isn’t listening to your concerns. It also sounds like you think she came to this conclusion too suddenly.

But I think the truth is that your wife has probably been weighing this decision for years. When your wife’s grandmother and mother died of breast cancer, she probably began researching her options, including mastectomy. When it was confirmed that he was a carrier of the BRCA1 mutation, your wife’s decision became clear. It isn’t that she’s taking this decision lightly, it’s that she’s had a lot more time to come to terms with the emotional and physical transformation that will follow removing her breasts.

This isn’t about your wife’s breasts: it’s about navigating a difficult time together while fully supporting the other person.

Meanwhile, you’re only processing all of this for the first time. You don’t have the intimate knowledge she’s gained about breast cancer over the years, and because of that, you’re having a hard time grasping her train of thought. It’s not that she is trying to shut you out of the decision-making process, it’s that you are both literally at different stages of processing the news, without realizing where the other person is at.

While your wife is ultimately the only person who can make a decision about her own body, you both still need to try to come to a common understanding as to why she’s making this choice. So ask her to educate you, and explain how how she came to her decision. Tell her you love her, and accept her decision, but be honest about feeling left out, and concerned about what a failure to communicate productively about major life-decisions might mean in the future.

And then, once she explains? Respect her decision, and support her however you can. Because like you said, this isn’t about your wife’s breasts: it’s about navigating a difficult time together while fully supporting the other person.

Are you facing a problem that is being complicated by a health condition or disability? Folks’ advice columnist Erin Ollila wants to help. Email askada@pillpack.com and tell us your problem. 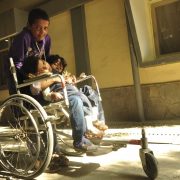 Community Roundup: Imagining A World Where Disability Is Normal
John Brownlee
Can You Take A Vacation From Cancer?

Stop Saying “It’s Better Than Being Sick.”
Don’t miss one more amazing story.
Every week, we’ll send a few of our favorite stories to inspire you.
Send this to a friend
Scroll to top