“At Least It’s Not Cancer”

Cancer does not have an exclusive contract with suffering. Why, then, do we use these five words as a way to dismiss the loneliness and pain of others?
gut disordersibssibo

I don’t have cancer.

I have several gut and bowel disorders, none of which are life threatening. You’ve probably heard of at least one of them: IBS, or Irritable Bowel Syndrome. You may have heard of another one: SIBO, or Small Intestinal Bacterial Overgrowth. As for the others, unless you have a rectocele, an enterocele, or an intussusception, I’ll bet you’d struggle to even sound-out the words. I certainly did when they were first dumped into my diagnostic pot a few years back.

The problem with having so many cryptic disorders is explaining them. Gut problems have embarrassing symptoms that involve terms like stool and bowel movement. I don’t like those words. I remember being a teenager and overhearing old people talking about their bowel habits, and I swore I’d never do that. So I tend to speak in even more veiled terms.

One time, I was talking with a friend on the phone, giving her an update on my health.

I didn’t tell her about the really bad days when I feel hopeless that anything will ever make me feel better. Or the days I start drinking in the early afternoon, partly to drown my frustration, partly because alcohol reliably relieves my symptoms. Nor did I tell her how I fantasize about stabbing myself in my gut to punish it sometimes.

But I did tell her my symptoms had gotten so bad that I had to leave my job.I told her my doctors had found some complications that would require surgery. I told her that I was often confined to my house for days at a time because I spent so much time in the bathroom. I told her it often looked and felt like I had a bowling ball in my abdomen. And I told her that when the symptoms were at their worst, I’d pace the house, crying.

My friend listened with sympathy. Then she added, “Well, at least it’s not cancer.”

She meant to be supportive. Instead, I felt my heart sink.

She added: “Well, at least it’s not cancer.” She meant to be supportive. Instead, I felt my heart sink.

Gut problems can be incredibly isolating. The symptoms are embarrassing; so are the treatments. It’s not just the eight trips to the bathroom every day that make it so awful; it’s the things I have to do in the bathroom to get my rectum working that I couldn’t possibly tell to anyone without their wincing, and shouting: “T.M.I.!”

So I told my friend what I really thought: that, in some ways, having cancer would be easier than what I struggle with. Not because the symptoms aren’t grim, or the disease itself is easy: they are, and it isn’t. But people understand cancer. They’ve been through it with their friends and loved ones. If I had cancer, my friends and family would rally around me. But with a gut disorder, I have to face it alone.

My friend didn’t understand. She thought I was being melodramatic. I vowed never to compare my gut issues to having cancer again.

Yet recently, I was scrolling through a Facebook group for people with one of my conditions. There, I read a comment from three-time cancer survivor.

The commenter wrote that she had “been in the cancer world” for 22 years. “I am no sissy,” she wrote. But her two years with a damaged gut was “freakin’ hard…  and the understanding and social support is very different.”

“I don’t have cancer, so I hope I can express this in a way that doesn’t offend anyone, and my intention is not in any way to minimize such a horrible diagnosis. But that’s the key. If you tell someone you have cancer, I think people ‘get it’.” They’ve heard of cancer, they have some idea of what’s involved and the seriousness of it. They (hopefully) will be supportive and ask about your health. They know you’re not making it up.”

She replied as only a dual cancer and gut disorder sufferer can. “My bad gut days have been worse than bad chemo days,” she wrote. “This gut thing is horrible nasty gnarly beast to wrestle with daily in so many ways, yet without any good general understanding educated compassionate response from family, friends, coworkers, medical world…If mortality wasn’t an issue, I’d choose to do another year with cancer… over my first year with damaged gut issues!”

That last sentence is worth highlighting. Regardless of diagnosis or outcome, when mortality enters the conversation, it adds a dimension to a person’s suffering that has no comparison.

Regardless of diagnosis or outcome, when mortality enters the conversation, it adds a dimension to a person’s suffering that has no comparison.

My gut problems are not fatal. I’m grateful for this. I have it so much better than many people with gut disorders or a gazillion other kinds of chronic illnesses. I can get out of bed every day and take care of myself. I can write. Most days, I can run errands. I can socialize with friends when I’m up to it. I’m alive. But cancer doesn’t own an exclusive contract with suffering.

My sister had thyroid cancer years ago. Yet she would tell you that was easy compared to the Lyme disease that now inflames every muscle in her body, weighing her down so that her arms are too weak to cut an apple, her legs too leaden to reach the kitchen to do it.

Likewise, even among cancers, the “worst” cancers aren’t always what you think. My son was diagnosed with a non-cancerous brain tumor when he was 11. Within the month, in a baffling coincidence, our friend’s 11 year-old son was diagnosed with a malignant brain tumor. That child recovered quickly and went on to a career in the medical field. Yet for years, my previously bright son struggled to remember that tomorrow is Tuesday, not Thursday. And in later years, he lost more low-end jobs than he held.

Some conditions, like cancer, have good brand recognition. People know about them, and know they’re serious, so they go out of their way to make people with these conditions feel accepted and understood. They have this brand recognition not just because everyone knows someone who has had it, but because patients and organizations have strived to successfully create awareness of them. And they should be applauded for that.

Everyone who suffers deserves to be supported and understood.

In a perfect world, every condition would have such communities behind them. But everyone who suffers deserves to be supported and understood. And to get there, we all need to try harder.

We need to listen more and talk less. When we do talk, we need to reply with statements of understanding and compassion, not solutions and hacks. To a person who is suffering, hearing ”I’m sorry” or “that sounds difficult” will always mean more than “try this, it worked for me.” And we need to remember that supporting a person who is suffering is more than just a one-time thing; it’s staying in touch, and letting that person know that we’re thinking about them, whether with texts, calls, or funny cards.

If all of us can make these efforts, it will help to validate the struggle for those of us in the gut and bowel disorders community. You can’t fix us, but if you are open to just a little of our TMI, it might help us to shed our embarrassment and widen our circle of support. It might get us through another day.

It’s not all that hard. Rally around. We may not all have cancer, but suffering is universal. Empathy and compassion should be too. 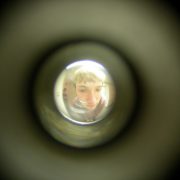 The Best Advice A Doctor Ever Gave Me
Karen DeBonis
Doctors, Stop Gaslighting Women in Pain

Cartoonist in Hell
Don’t miss one more amazing story.
Every week, we’ll send a few of our favorite stories to inspire you.
Send this to a friend
Scroll to top