Back In The Saddle

Christy Bridges rides and ropes on a national stage, competing with the country’s best despite being legally blind.
blindness 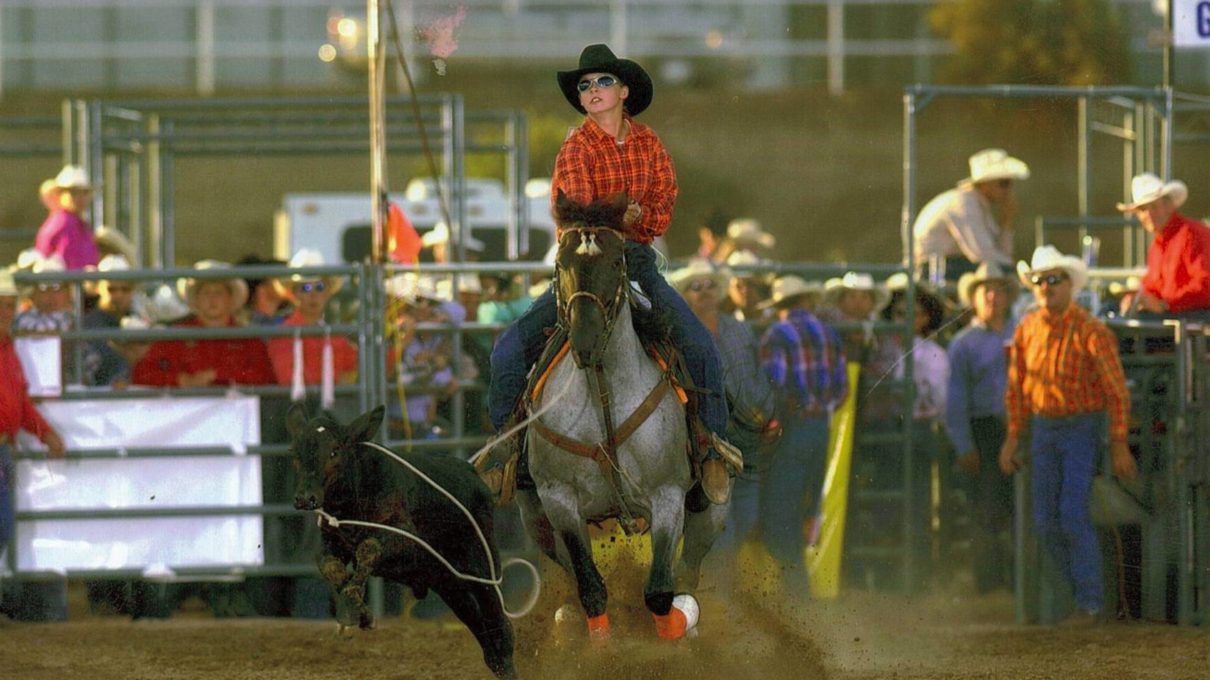 Christy Bridges returned to competitive rodeo in 2020, after an eight-year pause when she got married, had a child, and started working as a speech-language pathologist. The Missouri athlete decided to resume her riding career during an eye doctor visit.

“The doctor told me that I wouldn’t be able to drive anymore,” says Bridges. “I was sitting in a chair with this whirlwind of thoughts in my head, and one was very clear: I wanted to make The American.”

RFD-TV’s The American Rodeo features top Professional Rodeo Cowboys Association (PRCA) contenders and other accomplished competitors. Bridges earned a spot in the 2021 event during her first qualifier, just four months after losing her driver’s license due to a condition that left her legally blind. Her vision, when corrected by contact lenses, is 20/200.

The 34-year-old was born with hereditary optic atrophy, a disease that damages nerves in the back of the eye. The impairment impacts how information travels from the eye to the brain, causing blurriness and curbing the ability to track movement.

After detecting Bridges’ condition during a pre-kindergarten screening, doctors predicted that she wouldn’t graduate from high school. Undaunted, her parents put no emphasis on the disorder. Bridges played softball, shot free throws and learned to drive, just like her classmates. In fact, she didn’t understand the extent of her vision damage until she started driving.

“I didn’t know anything was wrong with my vision until I went to get a license and they restricted me to driving in daylight only, under 45 miles per hour,” Bridges says. “I knew I had to walk up to the board to see things in school, but nothing clicked in my child brain that I was doing something that nobody else did.”

That operate-as-normal approach also informed Bridges’ early rodeo experiences. She started riding horses at age three. By 10, she followed in her father’s footsteps. He trains horses and has been both a roping competitor and coach.

“When I told him, ‘Hey, I want to try that,’ I didn’t know that my vision was different than anybody else’s.”

“When I told him, ‘Hey, I want to try that,’ I didn’t know that my vision was different than anybody else’s. But my parents obviously did. Dad knew the way he would teach someone else was very different than how he could teach me,” Bridges says.

He adjusted those lessons, and as Bridges grew, she tried barrel racing, team roping, pole bending and other rodeo events. Some worked better than others. She enjoyed barrels, for example, but poor depth perception made it difficult to distinguish the barrels from any banners or bleachers in the background.

Ultimately, Bridges settled into breakaway roping. In this timed competition, a calf is lassoed but not tied or thrown. During events, the rider sits on a horse in a roping box. To the left, a calf waits in a chute. When the rider nods, the calf is released into the arena.

As the calf leaves the chute, it’s attached to a light, spring-loaded line that tugs a barrier stretched across the roping box. The horseback rider then leaves that box and follows the calf.

“When you’re in position behind the calf, you throw your rope and stop your horse. The rope, tied to your saddle horn with a piece of nylon string, will break off of that saddle horn when the calf pulls it tight, and your time is up,” says Bridges.

A successful run takes between two and five seconds, depending on the setup and the calf.

“You go from zero to everything to zero again, just as fast as you can. It’s more involved than the other events, and I’m one of those people who likes the challenge,” says Bridges. “Breakaway is something I can do by myself, and it’s really fun.”

Bridges’ vision does limit her view as a run unfolds. When she signals to open the chute and release the calf, she can’t always see the animal. Once she trails the calf in the arena, she pursues a blur.

“When I leave the box, I can see the calf’s whole body. But as I run it down the arena, I can’t tell you where the top of the head or the shoulders are. It’s all just one thing, from nose to tail,” Bridges says. “I can’t always track that well. My eyes don’t focus and adjust quick enough, and I really can’t see the detail.”

That lack of definition makes aiming the rope a challenge, so she relies on sound, timing and her horse. Bridges might pick up cues from others’ comments on how calves are behaving. Sometimes, her father stands in the roping box and describes the scene. Because Bridges and her dad train horses, she teaches them to adjust to various situations in the arena, as well.

“I promise, if you just keep trying, things will be so much better,’” Bridges says. “There’s not a ceiling unless you set one for yourself.”

“After years of repetition, I know where I’m supposed to throw my rope. It’s like softball. If you toss a ball at a target enough, you don’t necessarily have to see the bullseye to know where it’s at,” she says.

Bridges’ doctors expect her vision to decline more as she ages, yet she feels fortunate. Her aunt, who was also born with hereditary optic atrophy, lives with related migraines and lost her driver’s license 14 years ago. Adjusting to deteriorating vision and obstacles can be particularly challenging after a lifetime without restrictions. For Bridges, such challenges have always been familiar.

She and her husband keep a close watch on their five-year-old daughter’s vision, too. Doctors see no signs that the youngster has inherited the condition.

In her work as a speech-language teletherapist, Bridges sometimes shares her own story with frustrated students.

“I’ll explain that I understand, and I’ve got my own disability. It makes me more relatable, when they are struggling to make a sound in their speech, to say, ‘I get it. But I promise, if you just keep trying, things will be so much better,’” Bridges says. “There’s not a ceiling unless you set one for yourself.” 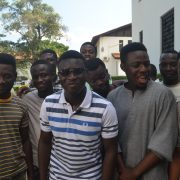 Blind Rhythm And The Battle Rapper
Stacey Knott
Ask Ada: My Husband Is Scaring Me About My Pregnancy!

Chronic Illness Shouldn’t Mean Chronic Poverty
Don’t miss one more amazing story.
Every week, we’ll send a few of our favorite stories to inspire you.
Send this to a friend
Scroll to top