Steve Saylor may be blind, but his YouTube videos appeal to anyone who has ever loved doing something they weren't very good at.
blindnystagmus 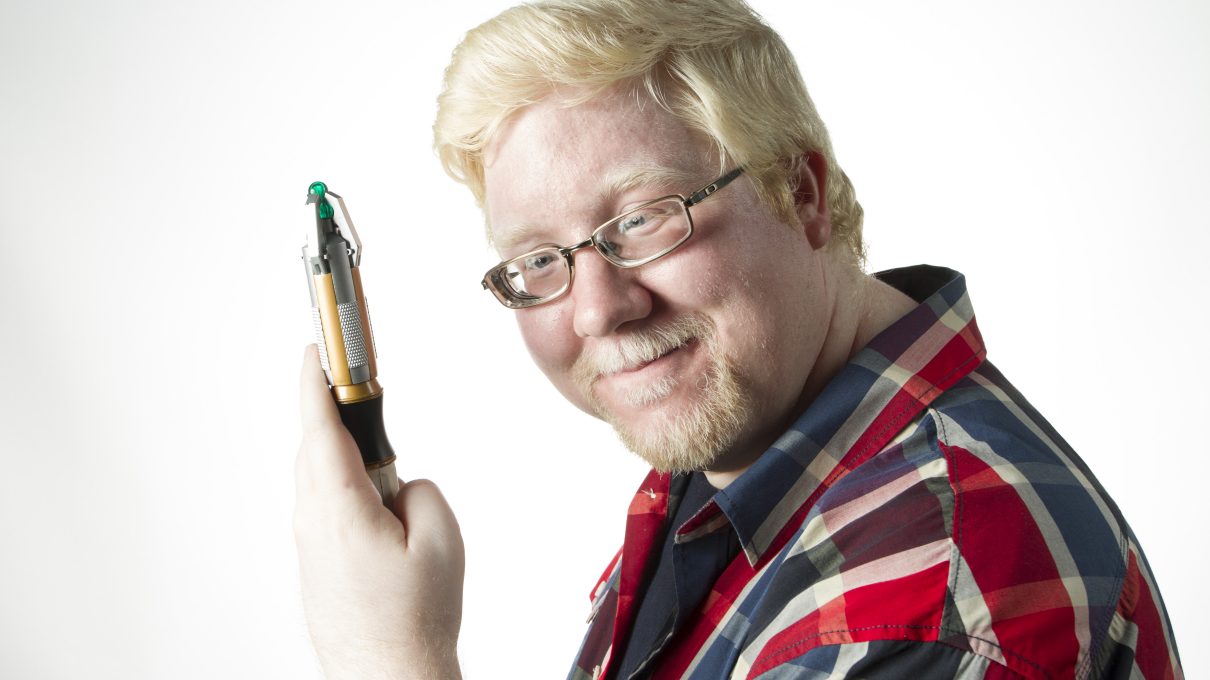 Steve Saylor may be blind, but his YouTube videos appeal to anyone who has ever loved doing something they weren’t very good at.

Steve Saylor is a soldier, plunging into the fiery hell of a cityscape without a parachute.

Steve Saylor is the host and star of Blind Gamer.

Shells burst and bullets trace fiery streaks all around him, but Saylor is calm…. right up until the moment that he hits the ground at terminal velocity, spattering across the pavement.

“Damn,” Saylor swears. Then he reloads.

Now he’s in an alley, an AK–47 bobbing in front of him, surrounded by a small cadre of commandos. The small group of soldiers creep up quietly, hoping to get the drop on a cell of terrorists huddled behind the next corner.

But Saylor jokes because his eyes are open. It’s just that as the host of a YouTube channel called Blind Gamer, keeping them open doesn’t help as much as you’d think. Saylor’s 2,000+ subscribers love to watch him play anyway, though, and small wonder – his joyful enthusiasm for gaming strikes a chord with people who have ever loved doing something that they’re not particularly good at. Which is almost everyone.

When he was born in 1983 in St. Catharines, Ontario, about 10 minutes from Niagara Falls, no one would have expected Saylor to become a YouTube star, let alone a gamer. The oldest of three kids, Steve was born with albinism and a related eye condition called nystagmus, which manifests as an involuntary movement of the eyes which makes it hard for Steve to focus. “The best way I can describe it is like looking at a camera on your phone when everything is zoomed in to the maximum,” he says. “I don’t see any details further off.”

It was Saylor’s Mom, Linda, who brought video games into his life. After buying her husband an original Nintendo Entertainment System console as a Father’s Day present, Mrs. Saylor got bit by the gaming bug bad. She beat Super Mario Bros before any of her children managed to crack even the first few levels, before settling into an 8-bit version of Monopoly as her go-to game. Steve, though, was never very good at the NES. “I would play it and get as much enjoyment as I could,” he says, but mostly, he would just watch his brother, Tim, play video games like Super Mario Bros. 3 and Punch Out.

In addition to loving video games, Steve is an accomplished broadcaster.

In that way, Saylor’s early years as a gamer echoes today’s YouTube obsession with Let’s Play videos, in which gamers record themselves playing a game for the whole internet to watch and enjoy. People like watching these videos as a way to experience a game they might not be able to afford, have the right console for, or even be good enough to play through to the end. Most YouTube stars (like PewDiePie, a Swedish gamer who roughly earns $4 million a year uploading Let’s Play videos online) play through games at a very high level of expertise, but that’s not what makes them appealing to Saylor. “My enjoyment of these videos is when I see someone who’s not really super great at it, because at least then I can relate to a degree,” he says. “Seeing someone get frustrated because they can’t do it is like, ‘That’s what I do! That’s what I go through.’”

Eventually, Saylor realized that if he got so much enjoyment out of watching other YouTubers muddle their way through a game, they’d probably like to see him do the same. “I always thought that it would be funny for people to watch me play video games because I’m just very bad at it,” he says. Steve has special computer equipment that can help enlarge things on his computer for him, but his main adaptation is sitting very close to the screen, a fact that he plays up when producing his Blind Gamer videos to showcase his inability to see them very well. If you watch them, you’ll see the picture-in-picture cutout of Steve trying to make sense of the game from his limited field of vision.

I just adapt to what I have in front of me. It’s not a burden.

For his day job, Steve works for two Toronto radio stations (Boom 97.3 and 93.5 The Move), doing their graphic design, working on their websites, and producing podcasts and YouTube videos (naturally). He even works on advertising campaigns, something Saylor loves to joke about: it’s ironic, he says, that he has produced ads seen by millions of people in Toronto every day, even though he can’t actually see them himself.

The common thread in all these pursuits? A love of broadcasting, and putting himself out there. “I just adapt to what I have in front of me,” he says. “It’s not a burden. There are certain things I know I can’t do, but I always try to figure out a way that I can still enjoy the things other people can, just in my own way.”

Nowhere is this more evident, though, than in his Blind Gamer videos, which show Steve at his goofy, charismatic best. No wonder he’s building a cult following: last year, he grew his audience from just 130 subscribers to over 1,800. That’s not super-stardom, by any means, but it’s solid progress. Steve knows there’s no overnight successes in broadcasting: it’s all about the long haul of building your audience by being true to yourself.

“I always say that if you’re interested, you’ll be interesting,” he says. “If you’re really passionate about what you’re talking about, then people will see that passion and they will be attracted to it.” 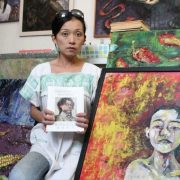 Paintings Everyone Can See, From An Artist Who Can't
Natalie Schachar
Finding Healing In Snail Mucus And K-Pop

The Celiac Chef With Grease In Her Bones
Don’t miss one more amazing story.
Every week, we’ll send a few of our favorite stories to inspire you.
Send this to a friend
Scroll to top