Breathing Free In The Most Asthmatic City On Earth

With some of the most polluted air on the planet, living with asthma in Mexico City requires equal parts diligence, determination, and technology.
asthma 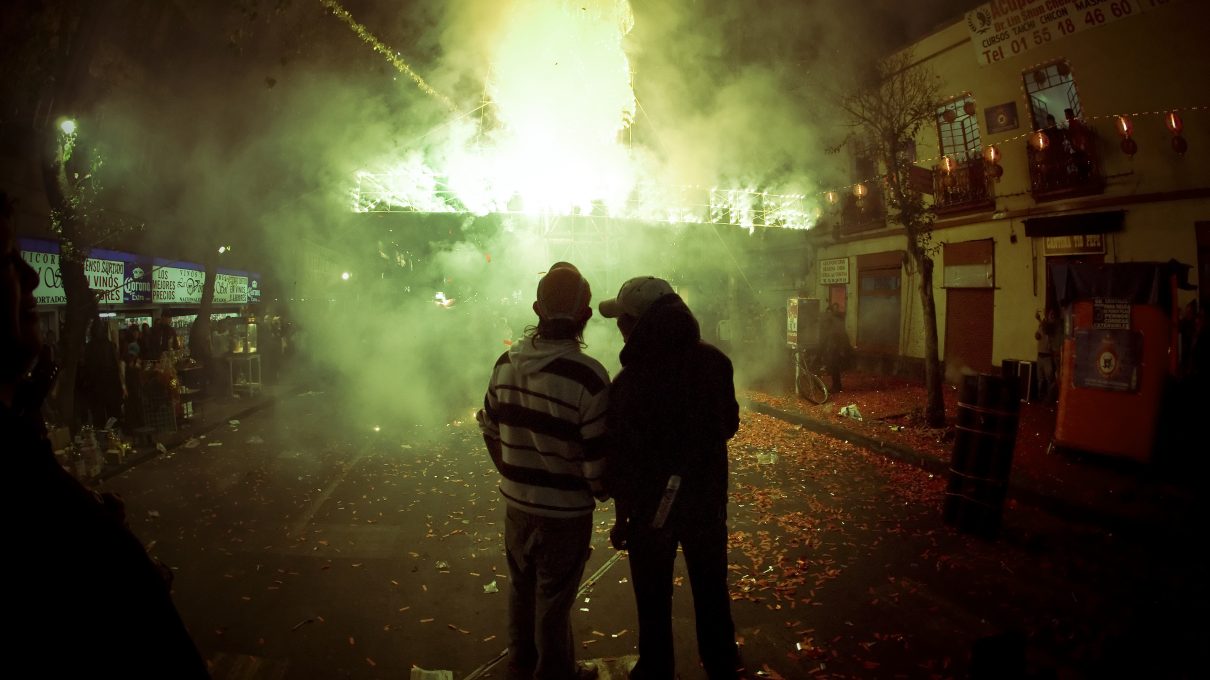 Comic book writer Alejandra Gámez has lived in Mexico City for most of her life. When she was four, she moved to the city without any known health problems;  24 years later, she developed a case of bronchitis that wouldn’t go away, which eventually turned into adult-onset asthma. “From that moment on, I realized that my life would never be the same.”

When Jessica Newman moved to Mexico City from Washington D.C. two years ago to be with her partner and advance her photography career, she suddenly struggled with her asthma more than she ever had.  Moving to Mexico City “really took a toll in the beginning” she says. “I was sick all the time, I couldn’t work out and I had zero energy.”

Alejandra and Jessica are just two of the thousands of asthmatics–both lifelong and adult-onset–living with asthma in Mexico City. 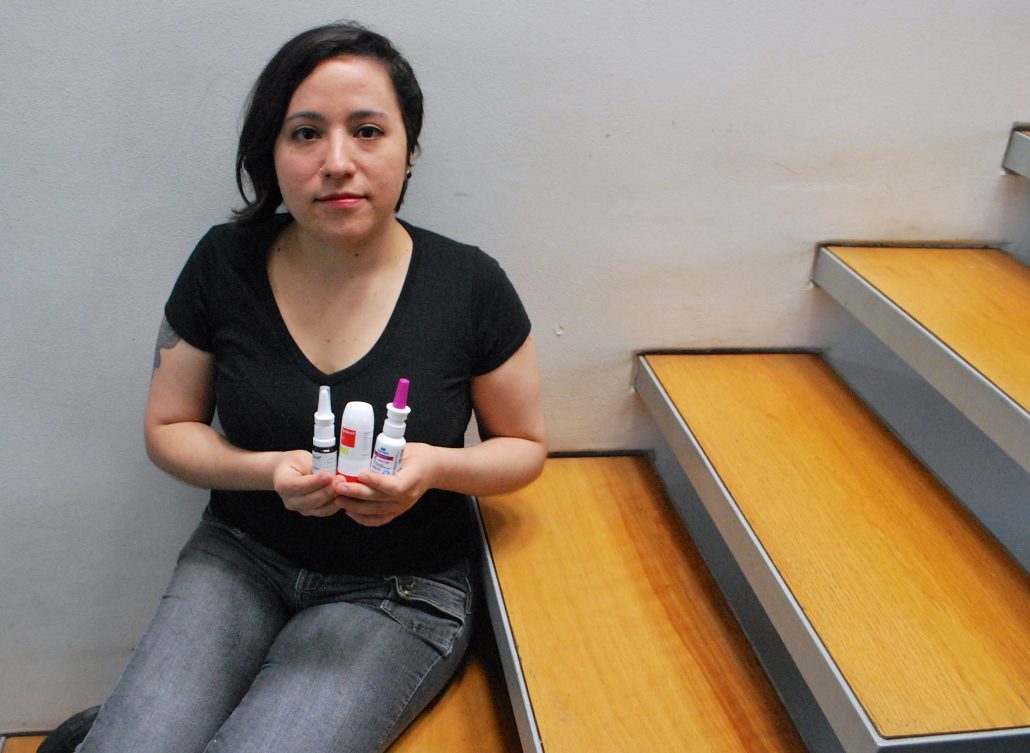 The air pollution in Mexico City is among the worst in the world. In May 2016, Mexico City was in a near state of emergency because of high levels of ‘short-lived climate pollutants’ (SLCPs). Since then, Mexico City has reached unhealthy levels of air quality almost everyday. The Interamerican Association for Environmental Defense (AIDA) says that it is one of the most urgent human rights and health issues in the city.

Air pollution is particularly bad in Mexico City because of its geography. The capital rests, surrounded by mountains, at an elevation of 7,000 feet. When it doesn’t rain and there is no wind, the contamination is trapped. And there’s a lot of contamination: with 2.1 million people living in Mexico City, it has the worst traffic congestion in the world, according to the TomTom Traffic Index.

That results in a lot more asthma. Astrid Puentes, an environmental lawyer from AIDA’s Mexico City office says, “Air quality impacts every single person in Mexico City. It’s the most democratic impact that we have.”

When the Air Quality Index is low, the air above Mexico City turns practically  brown.

Especially if you’re an asthmatic, a big part of daily life in Mexico City is checking the Air Quality Index. Jessica shows off the app she uses on her phone, Plume: “Right now, it’s telling you not to run outside, take it easy on a bike, and not to take your kids outside… it’s great to see it, but it’s also gross.”

In Mexico City, the Air Quality Index is almost a second weather gauge. “Mexico City is one of the only places, that if you are a mom and your child is having a birthday party, you have to think about if it’s ozone season,” says Puentes.

Alejandra agrees. “You have to be careful and not expose yourself on days with bad air quality,” she says. “When air quality decreases, it affects us all. But people with asthma and bronchi infections are already predisposed to react. Your body reacts to something that is attacking it – asthmatics just have it worse.”

Managing asthma is a full-time job in Mexico City. Back in D.C., Jessica didn’t have to use her inhaler; now, she takes it every morning, and throughout the day as needed. She sleeps with  two air purifiers in her bedroom, and she changes her clothes before going to bed so she doesn’t bring pollutants with her. If she feels an attack coming on, she takes her rescue inhaler, jumps in a hot shower, and tries to calm down. 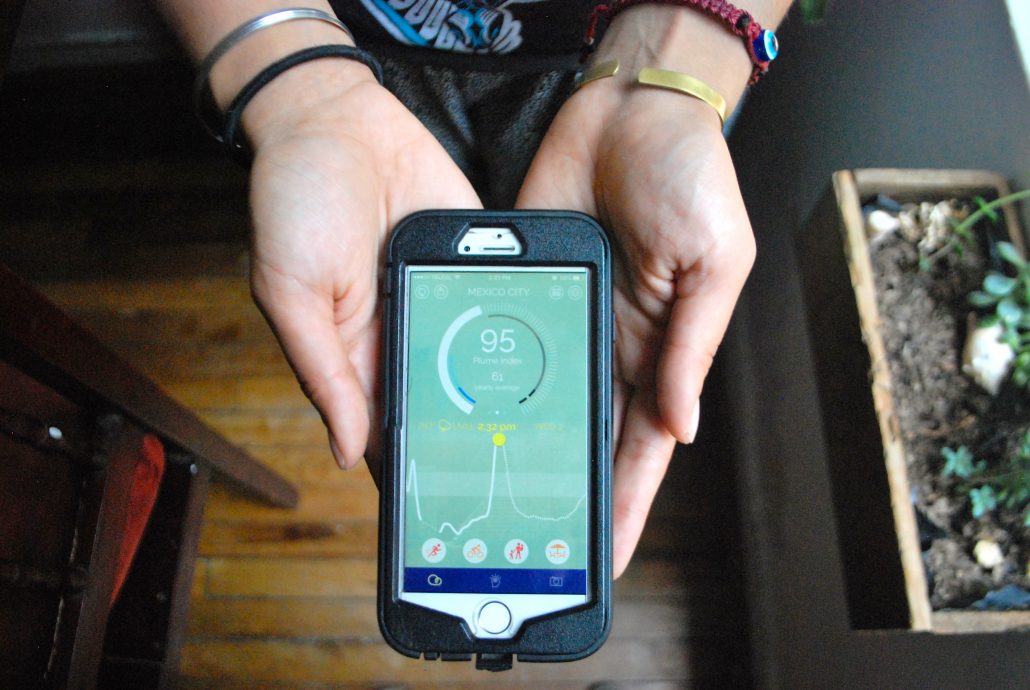 One of the many apps Mexicans use every day to measure the Air Quality Index.

The constant fear of an attack can be traumatizing in its own right. As Jessica describes it: “it feels like drowning above land. It takes a lot of mental fortitude to calm down with something like that… I do feel like it’s knocking years off my life, living here.”

When Alejandra travels outside of Mexico City for book fairs, she really can tell the difference the city’s pollution is having on her health. “With the clean air, I can walk and never have an asthma crisis. But in Mexico City when the air is bad, I can have an attack when I reach the top of a staircase.” She’s considering moving out of the City, just for the sake of her lungs.

As for Jessica, as an active photojournalist, managing her asthma is a major part of her life. She’s learned how to ensure that it doesn’t affect her work, always being prepared while on assignment. “Most of the time I forget I have it,” Jessica says. But life in Mexico City means that asthma is never far from her mind for long. “[Asthma] is a huge part of who I am,” she says. And when pollution is high, and she’s struggling for breath, Jessica realizes just how bad it can be. “I forget that [asthma] can be fatal.” 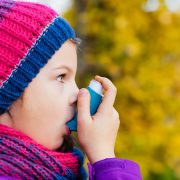 An Ode To My Asthma Inhaler
Amy Roberts
License To Drive

No Pain, No Gain
Don’t miss one more amazing story.
Every week, we’ll send a few of our favorite stories to inspire you.
Send this to a friend
Scroll to top