From Broadway to Glee, actress and model Ali Stroker sees disability as an opportunity.
paraphegiaparaplegics 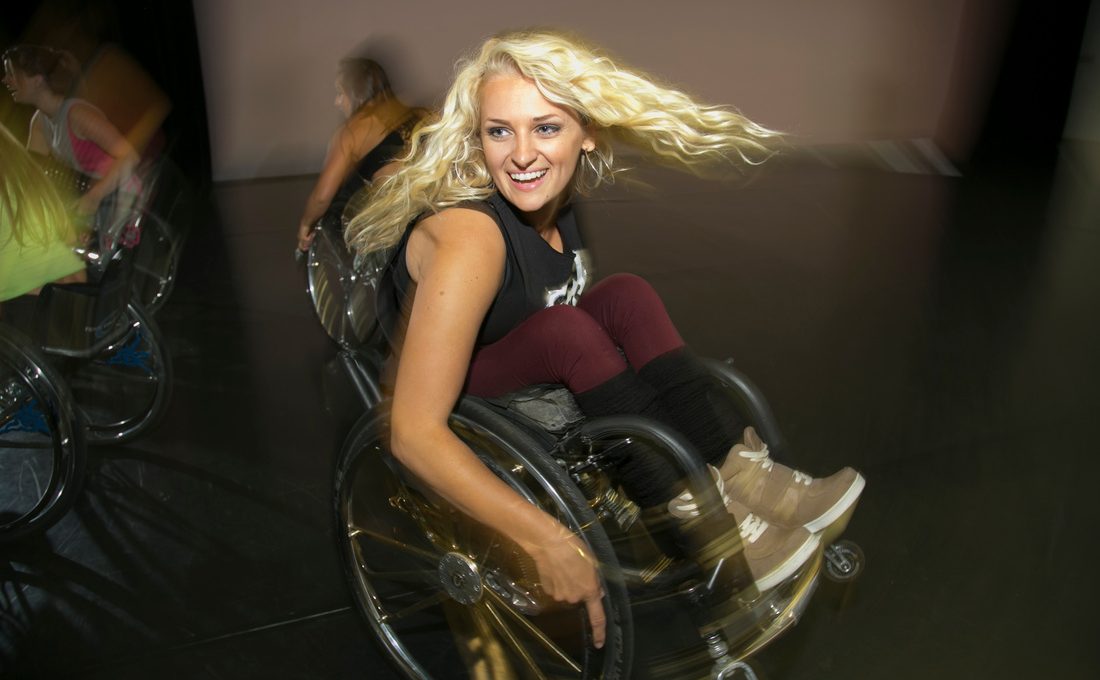 When a spinal cord injury at age two left her paralyzed from the waist down, few might have guessed that Ali Stroker would one day end up performing on Broadway, where accessibility is still a rarity. Life in a wheelchair, though, couldn’t prevent Stroker from following her dreams. She caught the singing and acting bug soon after her injury when she was cast in a backyard production of Annie as a toddler, a role as off-Broadway as it gets. She’s been a performance powerhouse ever since, beguiling audiences with her mega-watt smile and powerhouse voice. 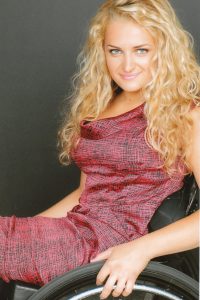 Stroker later modeled during New York Fashion Week for designer Rachel Antonoff, the childhood friend who cast her in the title role in Annie and sparked her love of the arts. To find out what life in the Broadway limelight looks like from her unique vantage point, we spoke with Ali to discuss how she handles doubters, what she wants us to know about disability, and why she’s giving back.

Everyone pursuing a career in the arts has faced skeptics. How do you handle that?

Having a disability and trying to learn about how I fit in the world was really the most amazing training for this business, because I knew what it was like to be excluded or rejected. I had built strategies to handle that. So when I went into this industry I was like “oh, right, when somebody excludes or is not onboard with what I’m doing it’s an opportunity to create your own project and your own thing.” Don’t get me wrong, I mean rejection is still super painful. But I think I was pretty well prepared because of my experience of having a disability.

Do you think there’s anything that the theater community could do or should do to be more inclusive of diverse performers?

Always. I always encourage people to think outside of the box and to come up with nontraditional casting and to take a chance and a risk on a performer with a disability because it really turns into such an opportunity. 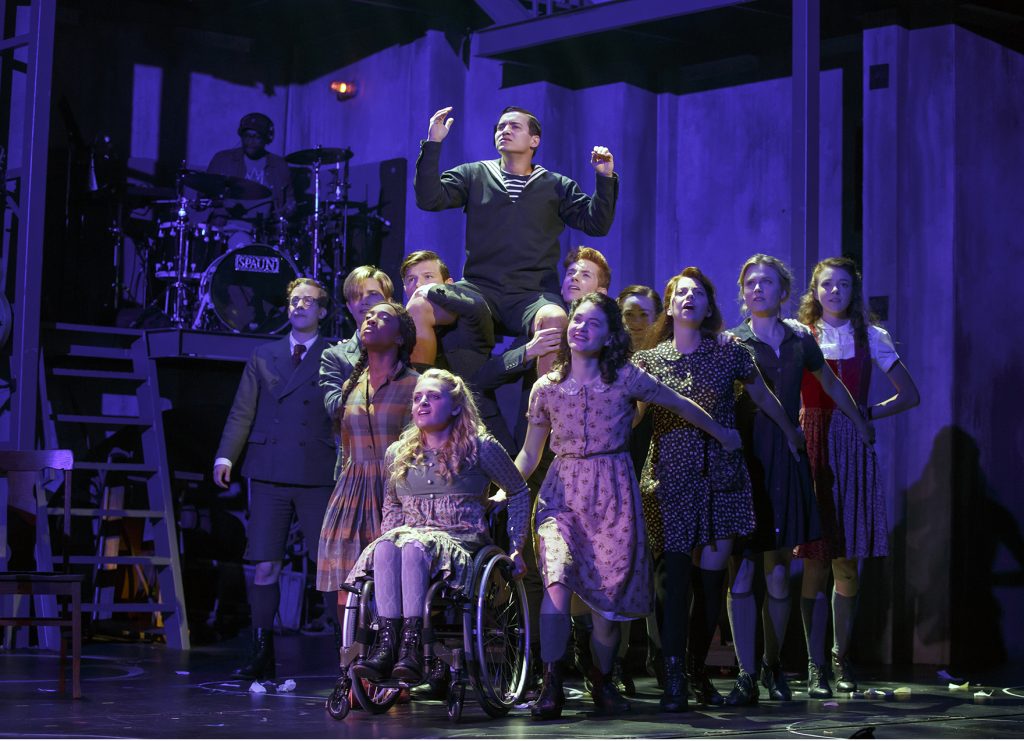 For people who aren’t familiar with your work in “Spring Awakening,” would you tell us about that?

The whole show was both in sign language and spoken and sung. Basically, as I was doing the show, I was both signing and speaking and saying. It was so cool! To connect with my community and realize that there is such an opportunity… I keep saying opportunity, because that’s really how I look at the way that disability has served me in my life. I think it’s just an opportunity to reach so many more people and portray this truth of living with a disability that is not often found in our media and on stage and on screen.

Was that challenging to act and sing and sign all at the same time?

Yes. It was one of the most challenging things I had ever done. It was so cool to learn another language through this show.

Are there any misconceptions around disability that you want to dispel? 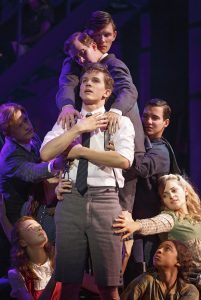 Stroker says her dream is to originate a role on Broadway. Photo: Joan Marcus

I think a lot of people who think of disability think about limitations. What I have found living with a disability and working with people with disabilities is that when one ability is not there the other abilities are heightened. So, it’s actually like having superpowers because your other abilities become so heightened.

What do you think is your superpower?

I think my superpower is the ability to connect with all different kinds of people.

Do you have a dream role that you’d love to play some day?

I always think my dream role is to originate a role on Broadway.

You’re involved in a couple different nonprofits and causes. Let’s talk about that and why it’s important to you.

I’ve always felt like I’ve been given so much support and so much love. So the only way to really process that is to give it back to the world. I have worked with a number of nonprofits, one being Be More Heroic, which is an anti-bullying organization. Then I am co-chair for an event that supports and serves United Cerebral Palsy of New York City. They hold this luncheon honoring women who have done incredible work and all the proceeds go to United Cerebral Palsy of New York City.

Some of your philanthropic projects have brought you to South Africa and other places. Is there a favorite place you’ve visited?

I studied in Amsterdam in college and I would say that that would be one of my favorite places I’ve been.

During your experience in Europe, did you find that their culture was more or less inclusive? Or inclusive in a different way? How do you think it compares to the US?

Well, accessibility is a whole other ballgame in Europe. But I have had a pretty good experience. When I was there, the first time I stayed at a hotel that was accessible. Cobblestones are always kind of tricky but in Amsterdam there’s a lot of bike paths so I was able to use those.

Is there anything else that you’d like readers to know about your work or about inclusiveness?

I really feel like there’s movement going on with the disabled community. We’re getting so many more opportunities to share and given a lot of opportunities. I really hope that this will help change people’s perspective and the world’s perspective on disability and how beautiful it can be. 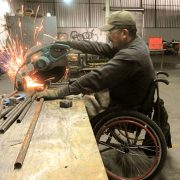 Why Inclusivity Is Important, From Obama’s Champion Of Change
Don’t miss one more amazing story.
Every week, we’ll send a few of our favorite stories to inspire you.
Send this to a friend
Scroll to top