Catching Big Air at the Olympics

After being diagnosed with Rheumatoid Arthritis three weeks before the 2014 Winter Olympics in Sochi, snowboarder Spencer O’Brien is ready for her Olympic do-over.
arthritisrheumatoid arthritis 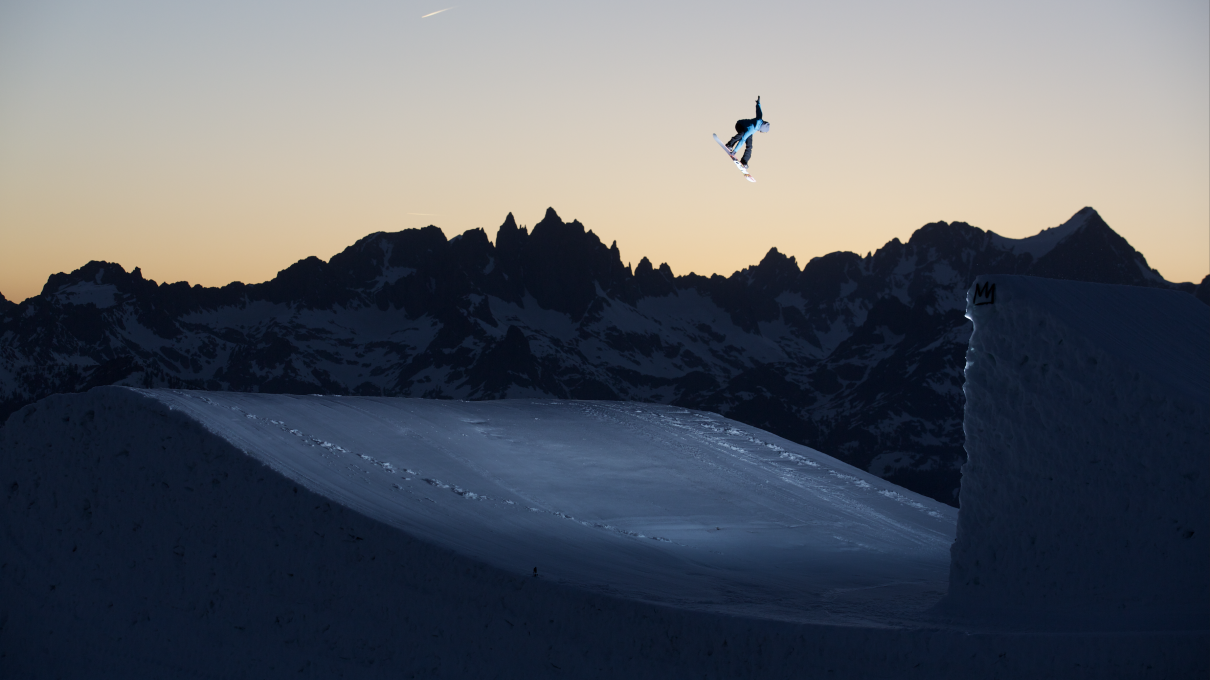 Spencer O’Brien wants an Olympic do-over. When the then 26-year old Vancouver-resident finished 12th in the women’s snowboard slopestyle at the 2014 Sochi Games, she was devastated. She cried and, as a medal favorite, felt like she let Canada down.

But it was a miracle that O’Brien even suited up to compete in Russia. What most people didn’t know was she was diagnosed with Rheumatoid Arthritis in late November 2013, just three months before the Olympics.

Her mysterious symptoms surfaced in the fall of 2012, right before the start of Olympic qualification year. They began with mild aches and pains, mostly in her knees and shoulders. She assumed that the pain and swollen, stiff joints were a byproduct of age and the wear-and-tear of her sport’s high-impact demands. She planned to take the spring and summer off to have wrist surgery and focus on getting healthy for the Olympics. But she couldn’t shake the discomfort.

O’Brien struggled to figure out what was happening to her body. Her tests came back negative. Doctors thought she had bursitis in her shoulder and gave her cortisone shots to treat the joint pain. “I went through a solid year of strange joint injuries and pain,” she says. “We assumed all the injuries were unrelated. But I knew in my heart that I was sick.” Eventually, she couldn’t get out of bed in the morning or walk down the stairs without bracing herself against the wall and railing, gingerly placing her feet one at a time on each step.

“I went through a solid year of strange joint injuries and pain,” she says. “We assumed all the injuries were unrelated. But I knew in my heart that I was sick.”

She was frustrated. “As an athlete, we work in timelines when it comes to injuries. If you break a bone or tear a ligament, it’s a set amount of time until you are back doing what you love. With these injuries, there was no timeline. Even though I was so dedicated to my rehab and doing everything that was asked of me, my health was getting worse,” she says. “It felt like I was being punished for something. I couldn’t understand what I was doing wrong, why I was in so much pain, and why I wasn’t getting better.” 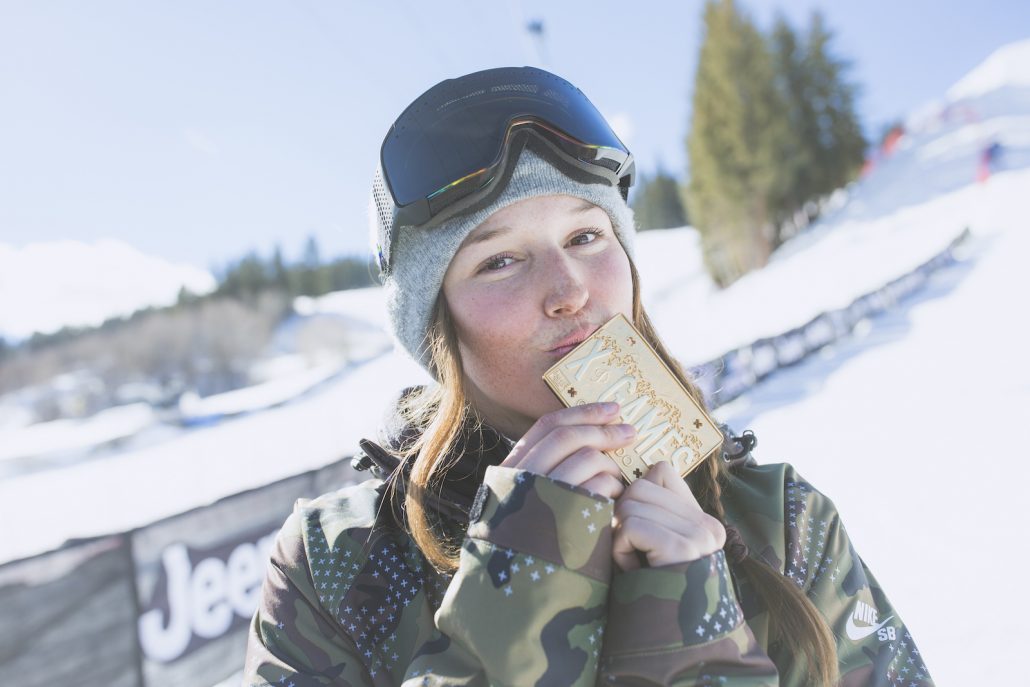 O’Brien grew up in the mountains of British Columbia. At the age of three, she learned to ski and took up snowboarding when she was 11, following in her older sister’s footsteps. She fell in love with slopestyle, where athletes ride down a course and perform tricks off of obstacles like jumps and rails. “I feel like I can express myself and my riding when I’m on a slopestyle course. I love the creativity of it,” she says. O’Brien set her sights on snowboarding professionally and competing in the X Games and at 17, she turned pro.

“I feel like I can express myself and my riding when I’m on a slopestyle course. I love the creativity of it.”

But then, her body betrayed her and she was forced to stay off the snow for seven months. “To be in that position three months from the Olympic Games—it was heartbreaking because there was no way I could see myself being there doing something I loved to the best of my abilities,” she says.

In November 2013, doctors told O’Brien she had rheumatoid arthritis (RA), an autoimmune disorder where the immune system attacks the lining that surrounds the joints. The inflammation can cause painful swelling, stiff joints and fatigue. Ultimately, it can lead to erosion of the bone and cartilage—not exactly the ideal conditions for a world-class athlete.

Plus, at 25, O’Brien wasn’t the typical RA patient. While RA is more common in women, symptoms typically begin between the ages of 30 and 60, according to the Arthritis Foundation.

Still, her diagnosis was a relief. Finally, the snowboarder had an answer. The first day on medication, O’Brien says she felt normal again. “There was a light at the end of this super long, dark tunnel. Once you have that, the whole world opens up again,” she says.

She had a short window to get ready for the Sochi Games. However, she had to ease back into snowboarding slowly. She was also diagnosed with severe anemia, making a return to altitude tricky. On O’Brien’s first day back on the mountain, she did one run. The next day, she did two runs.

After a week or two, her symptoms returned. “That was a really frightening day because you find this relief and all of a sudden it’s gone,” she says. Doctors prescribed different medication to help her compete in Sochi, where she continued to struggle with pain and find the right treatment for her.

There was a light at the end of this super long, dark tunnel. Once you have that, the whole world opens up again

O’Brien doesn’t feel limited by her disease and believes that her experience has made her stronger as an athlete and a person. She also doesn’t let her condition stop her from competing at the highest levels of her sport.

“It changes your life to be diagnosed with a disease that deteriorates your body. The first thing I thought was, ‘How am I going to ever do my sport again?’” she says. “But you’re still capable of doing whatever you want. You work hard, advocate for your health and push for the way you want to live.”

After the 2014 Olympics, O’Brien and her doctors continue to search for the right medication to handle her symptoms. In all, it took about a year and a half of trial and error. Despite dealing with on-going pain, she went on to win a bronze medal at the 2014 X Games and the gold medal at the 2016 X Games, her sixth career X Games medal.

Now, she’s back at the top of her game and is hungry to have the Olympic experience of her dreams in Pyeongchang as part of Team Canada. In addition to her medication and work on the mountain, she focuses on strength training and mobility. She also does her best to stick to a diet low in inflammatory foods.

“It’s nice to feel my age and not like I’m 80,” she says. “It’s a true gift to go to the Games again in a healthy and happy place. I feel like I’ve been given another shot and I want to take everything I learned from my experience last time and channel it into not only performing my best, but also enjoying the experience.”

Folks Video Story: An Orchestra For Everyone
John Brownlee
Community Roundup: What’s The Best Advice You’ve Ever Received About...

The Diabetes Cyborg Hacking Her Own Pancreas
Don’t miss one more amazing story.
Every week, we’ll send a few of our favorite stories to inspire you.
Send this to a friend
Scroll to top