Charting Her Own Flight Plan

A hearing disability grounded K. Renee Horton from becoming an astronaut. But it didn’t stop her from realizing her dream of working at NASA.
deafdeafness 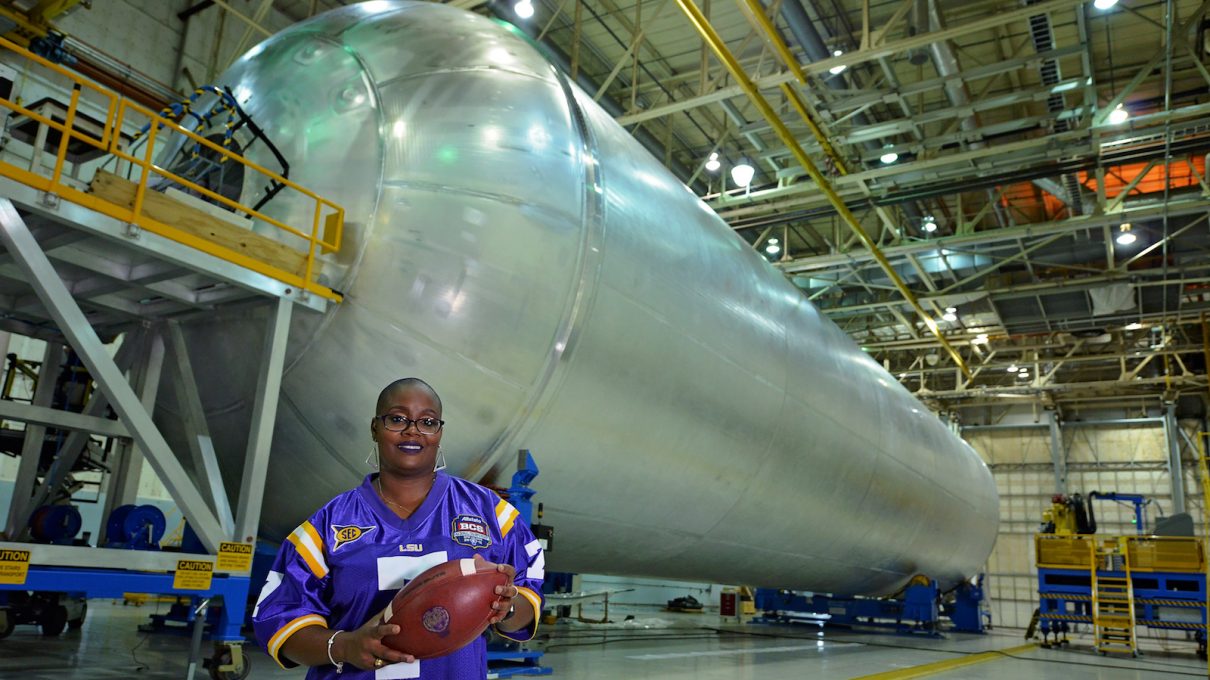 For as long as physicist K. Renee Horton can remember, she has wanted to be a scientist.

Every Christmas growing up, in fact, the young Horton taxed both Santa’s wallet and patience with her STEM enthusiasm.

“I would be like, ‘I only want a telescope.’ Or, ‘I only want a microscope,’” she says. “My dad kept saying, ‘Is there nothing else? You need to give Santa a range here.’” 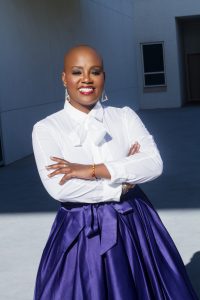 Horton is the Lead Metallic and Weld Engineer for the Space Launch System (SLS) at NASA’s Michoud Assembly Facility in New Orleans, LA. Designed to enable deep-space exploration, the SLS will be the largest, most powerful rocket ever built.

“My job is to make sure that the welds and anything metal on the [SLS] rocket are good after we’ve built and put it together,” she says. “I am the person who oversees the requirements that deal with metals and welds.”

It’s inevitable — nearly impossible not to, even — to categorize Horton as her own kind of Hidden Figure. As a black woman in STEM and one of the self-described “SLS boots on the ground,” Horton and her work at NASA — though unlikely to make headlines directly — will be instrumental in sending the first human beings to Mars.

Factor in that she’s also a bald, hard-of-hearing, former college dropout and mother of three, and Horton breaks every fusty mold of the white male scientist stereotype. But doing so hasn’t been easy, particularly where her hearing was concerned.

Factor in that she’s also a bald, hard-of-hearing, former college dropout and mother of three, and Horton breaks every fusty mold of the white male scientist stereotype.

“I have a disability that you don’t see,” Horton says. “If somebody’s in a wheelchair, you’re like, ‘Oh, they need a ramp.’ But if I tell you I need CART services [real-time captioning], you’re looking at me like, ‘Are you privileged or entitled?’ So there were things I just didn’t do for a very long time.”

“Then I woke up one morning, and said, To hell with this. The world is going to give me what’s mine.”

Hearing loss is a recessive genetic trait that runs in Horton’s family but hadn’t surfaced for generations — if ever. “None of my living relatives knew anybody in our family who was deaf or hard of hearing,” she says. “I’m a freak of nature.”

A Baton Rouge native, Horton describes her condition as hearing loss in both ears, with the right being more pronounced. She can hear most sounds at high and low frequencies, but has trouble in the speaking range, making conversation and active listening challenging.

While representation and access for people with disabilities in STEM fields remains low, Horton says NASA in particular is “very good” about hiring and accommodating people with disabilities. In fact, the level of accommodations NASA provides impressed her so much as an intern that she “knew NASA was the place for me.” Horton completed her dissertation work with NASA and got her first industry job out of grad school there as a mechanical test engineer in 2012. She’s been with the organization ever since. 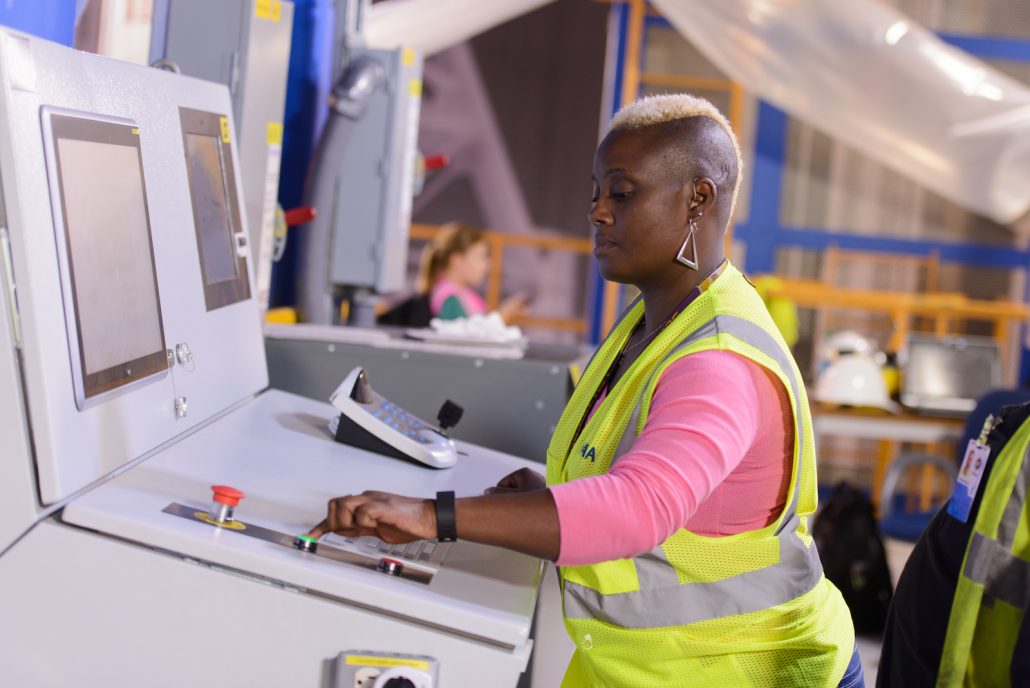 Horton spends much of her workday in office environments, so her personal accommodation needs at NASA are low. She wears digital hearing aids in both ears, and most of her colleagues, she says, are “very accommodating” when asked to repeat something or share notes in meetings.

Of course, conditions aren’t perfect. When Horton visits remote sites, such arrangements are harder to come by, and she must often remind her colleagues of practical realities.

“I love SLS. Every day we’re doing something that’s moving toward history. It’s really an amazing feeling to be a part of it. That’s my rocket that’s in there.”

“Like, ‘I can’t be the secretary, guys,’” she says. “I don’t even make it a woman issue. You don’t ask the deaf person to be the person to take the notes.”

Horton must also be particularly vigilant when navigating Michoud’s industrial plant (where the SLS is being built), an environment much larger — and louder — than your average office space.

“I have to be more aware of my surroundings in the factory because the noise drowns out voices most times. I do a lot of lip reading when out in the factory. Sometimes I do have to remind those I work with that I am hearing impaired so that they can face me when speaking. I am also very aware of where I sit in certain situations.”

Despite these necessities, however, that factory environment — or rather, what it contains — is part of what drew Horton to Michoud in the first place.

“I would come down here to visit [Michoud], and I would be sick or crying when it was time to go back,” she says. “I wanted be with the hardware. I wanted to see it every day. It actually limits my advancement, my promotion-ability, to be here. But that innate happiness that comes with being here is more than anything financial could ever give me.”

That happiness in evident in Horton’s every word about her job. “I love SLS. Every day we’re doing something that’s moving toward history. It’s really an amazing feeling to be a part of it. That’s my rocket that’s in there.”

Horton’s journey to Michoud, however, was very nearly scrubbed before it began.

Horton’s hearing loss manifested for her as a young child as a shouting voice and trouble following teachers’ instructions. No one thought at the time to test her hearing. Instead she was labeled with the then-common term “retarded” and placed in special education classes.

“I was constantly yelling to hear myself, so they taught me how to speak and not to yell,” she says. “They also got rid of my Louisiana drawl accent and taught me not to talk with that clipped sound that people who are hearing impaired end up with.”

Horton’s speech therapist recommended she be transferred out of remedial classes and tested for the gifted program instead. The move aligned well with Horton’s strengths: while she had difficulty comprehending and interacting in the traditional classroom, she excelled at the gifted program’s independent study format. 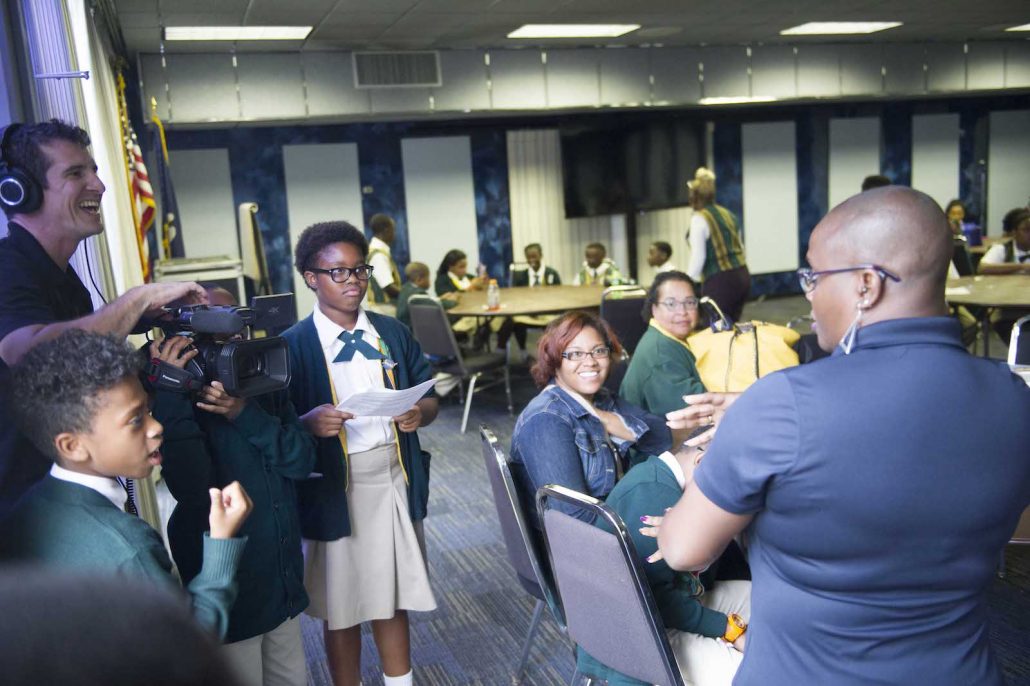 Despite this initial hiccup, Horton advanced quickly through her education, finishing high school at age 16. By then she’d had her cosmic career plan all worked out: join the Air Force, then proceed on the path to becoming an astronaut.

“I didn’t know anything else,” she says, “but I wanted to work for NASA.”

But her plans went into free fall when she failed the hearing test of a routine Air Force ROTC physical.

“I didn’t know anything else,” she says, “but I wanted to work for NASA.”

Horton had already been struggling in her undergraduate courses at Louisiana State University (LSU) because of her as-yet-undiagnosed hearing condition. But the results of that hearing test knocked her completely off her trajectory. Because of her hearing, Horton was disqualified from becoming a pilot. And, by extension, an astronaut.

“I didn’t know who I was anymore. My whole life had crashed in front of my eyes before I turned 18.”

Describing the thoughts running through her head at the time, Horton surmised that “maybe I’m not whole as a person. Maybe God doesn’t love me because He did this to me. Maybe I’m not worthy because I’m defective.”

Lost and frustrated by her lot in life, Horton dropped out. She got married, had three children, worked odd jobs. As for her newfound disability, she decided “to ignore it” — a choice, she admits, affected not only her studies, but her marriage as well.

But she didn’t give up science forever. In 2000, now divorced and raising three children between the ages of one and nine, Horton returned to LSU. The technology and services existed to support her and accommodate her disability. But first she had to ask for them.

“I remember walking into the vocational rehabilitation center in Baton Rouge and telling them I wanted to go back to college, but my ears were broken,” she says. “I was 27. It took me ten years to accept my ears were broken and needed help. Ten years.”

At LSU Horton got her first pair of hearing aids, early analog devices that she describes as “huge.” “It looked like a big bug was behind my ear,” she says, “so I grew my hair to cover it.”

LSU also provided Horton the use of an assisted listening system, in which lecturers wear a special microphone that pipes their speech directly into a pair of earphones.

This second time around, Horton also chose to play to her strengths, focusing her studies on programs that emphasized reading-based learning over heavy lectures.

“I wanted what was inside of me fundamentally more than I wanted to allow the hearing impairment to stop me,” she says. “So I looked for ways to be able to be successful.”

Crediting this newfound combination of adaptability and acceptance — plus the support of her children and a lot of hard work — Horton graduated LSU with a BS in electrical engineering. A few years later, she became the first African-American to earn a PhD in materials science from the University of Alabama. 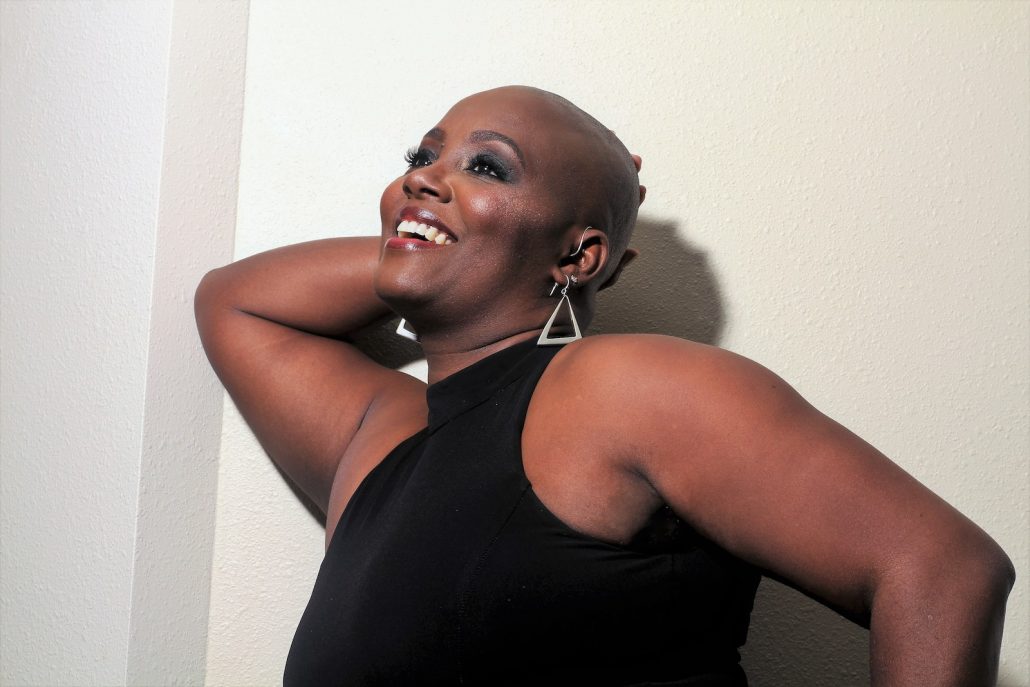 Horton now travels regularly doing speaking engagements and outreach to help others pursue and succeed in STEM, and posts regular affirmations on Twitter. This year she also started a nonprofit organization called Unapologetically Being to help others feel confident about themselves and about requesting accommodations.

In that vein, she has since stopped hiding her hearing aids: three years ago, in solidarity with an aunt with cancer, Horton shaved her head.

“I wanted what was inside of me fundamentally more than I wanted to allow the hearing impairment to stop me.”

Leery of the results at first, she caught sight of herself — hearing aids and all — in the mirror one day, glowing, and realized, “I was forty-something, and I was looking at Renee for the first time.” The style has stuck ever since.

As for her childhood dreams, Horton never got to become an astronaut, but she did land that dream job at NASA. And she’s already traveled to space.

Just months after returning to NASA after graduation, she was assigned to the Orion spacecraft project, the vehicle that will carry the crew via the SLS to Mars and NASA’s first deep-space launch since Apollo. As part of the project team, Horton was able to write her name — as well as those of her parents, children, and sister — on the Orion vehicle itself. The Orion test-flight launched in December 2014.

“I was all giddy like a kid that my Christmas gift had finally come,” Horton says. “My name got to go into space. It was my way of going into space.” 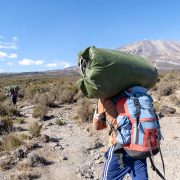 My Life As A Migraineur
Don’t miss one more amazing story.
Every week, we’ll send a few of our favorite stories to inspire you.
Send this to a friend
Scroll to top