Choosing Between Skiing And My Knees

I was in my 30s when I got new knees, but I needed them long before that. Here's what I learned.
injuriesknee replacement surgeryskiing 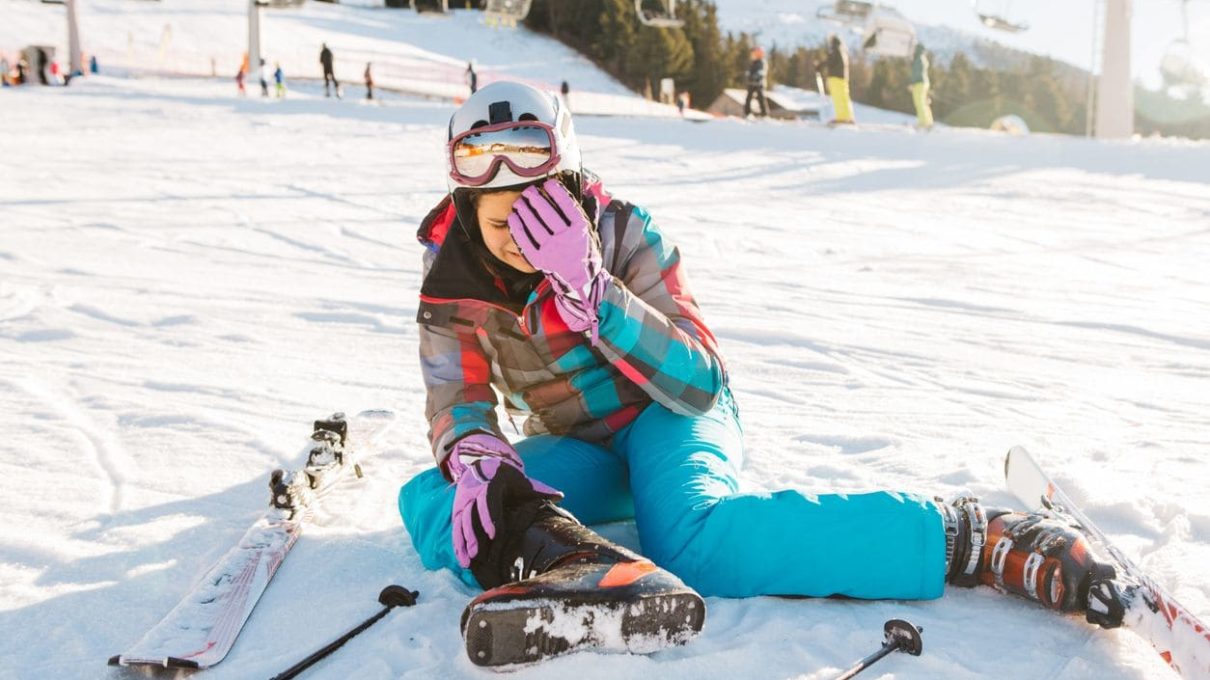 “There’s no way that you need artificial knees; you’re only 38.”

My consulting surgeon kept repeating variations of this mantra with such conviction I almost believed it myself. But ask my previous surgeons, all of whom had gone exploring the source of my chronic debilitating pain only to confirm–yup–I had no cartilage left.

At just 16, I had my first major knee injury. I was a good enough skier to be on the Winter Park freestyle team so I never thought twice before taking an easy run down the moguls. But one day, out of the blue, I heard and felt that terrifying pop so many describe. A few seconds later, my bones collapsed over one another, and I tumbled in agony down the slope.

I felt embarrassed being sledded off the mountain, but I had no choice. There was no skiing down myself: my patella (knee cap) had popped to the back of my leg, and I had torn nearly every ligament in my knee, forcing reconstructive surgery.

This injury led to a diagnosis of patellofemoral syndrome, meaning my knee cap didn’t track correctly as I bent and flexed. As a corrective measure, they sawed off a piece of my tibia and moved it to the inside of my leg to adjust the tracking of my knee cap. The doctors also released the outside tendons to align my kneecap further.

I didn’t let the injury faze me. I started skiing professionally right after high school, and by the time I was 24, I had five years of ski instructing under my belt, along with five separate knee surgeries. I refused to let my bad knees slow me down. I loved skiing too much.

I refused to let my bad knees slow me down. I loved skiing too much.

Instead of slowing down, I was ramping it up towards my life dream of becoming a heliski guide, pro-patrolling at a class A avalanche mountain. I was in the best shape of my life, guiding whitewater in the summer and ski patrolling in the winter while supplementing with personal training shifts.

Then reality came crashing down.

At that time, doctors customarily took x-rays with patients lying down. That is why they never saw the real issue with my knees: a misalignment between my tibia and femur that would have been obvious had I been standing. This whole time they were trying to get my knee cap to move straight, when it was the crooked track—the rotation between femur and tibia–that was the real culprit, causing my cartilage to wear away at a much more rapid pace.

The earlier realignment surgeries I’d had were totally pointless. To fix this, they would have had to put me in braces at a young age. As it was, I was on borrowed time… and then the following year I ripped my MCL guiding whitewater rafting, something a lot of ski bums do during the summer. After that operation, my doctor informed me I had very little cartilage left. That was when he recommended that I get a desk job and live a sedentary life until I was ‘old enough’ for knee replacements.

But that was a long way off. The traditional opinion is this: “Knee replacement surgery can offer relief, but the implants only last between 12 and 15 years. Patients under the age of 40 aren’t usually considered good candidates for the procedure because they would need too many revision operations.” I had more than a decade to go.

With the crushing weight of my life dreams vanishing, I knew it was time to make some tough life choices. It had become clear that I would never be a heliski guide, but I wasn’t ready to stop skiing. I quit professional ski patrolling and went back to instructing because teaching is easier on the knees than hauling rescue gear. I stopped guiding that summer and became a massage therapist and yoga instructor, in the hopes that pursuing these alternative techniques would help extend my career.

My efforts paid off. I was able to ski ten years longer than my last doctor had projected.

My efforts paid off. I was able to ski ten years longer than my last doctor had projected, and I kept my joint spacing spectacular, even when my knees finally forced me off the mountain for good.

Which brings us back to the introduction of this story with a shocked doctor who couldn’t believe a healthy 38 year old could possibly need bilateral replacements, even after seeing the X-rays he took.

I was insistent, I stood my ground. Eventually, he agreed to scope my knees for surgeries seven and eight to prove me wrong. He was the best knee surgeon in the state: he wasn’t used to being proved wrong. But he apologized after surgery, and told me that my knees were far past the point where he’d typically operate.

I have never regretted choosing skiing over office work, but I do wish I got new knees much earlier.

I used to do a standing plyo jumps up to a waist-high table. Now, my feet can barely leave the floor. Without the fast-twitch reflexes I used to have, I am one bad fall away from ripping my prosthetics out, shattering my bones, and having my legs amputated. I suppose I could ski groomed beginner slopes, but that was never my style. I would feel like I was in the world’s most magnificent chocolate store, but could only eat candy corn.

I have never regretted choosing skiing over office work, but I do wish I got new knees much earlier.

My new ‘bionic knees’ are not perfect. They didn’t rebuild me better than I was before… or even as well as I’d hoped…..better, stronger, faster. I am, however, living active and pain-free. I recommend to anyone who asks that you must advocate for your own health and receive a diagnosis based on pain and disability, not age.

If you are active and want to continue to live an active life, I encourage you not to continue to wait ‘until you just can’t take it anymore’. From my experience, it can really limit your rehabilitation on the other side. Find an orthopedic surgeon that evaluates patients individually and, if surgery is the solution, work your recovery like your health and happiness depends on it, because it does!

Meghan Beaudry
Do you know someone else who would enjoy this story?
Castle Hunting In The Hebrides With T1D

Ask Ada: I’m Disabled. Should I Settle For Less In Love?
Don’t miss one more amazing story.
Every week, we’ll send a few of our favorite stories to inspire you.
Send this to a friend
Scroll to top