For The Chronically Ill, A Ringing Canyon Of Light

Something powerful happens when, from out of the abyss of the Internet, a voice like your own echoes back to you: “You are not alone.”
cancer 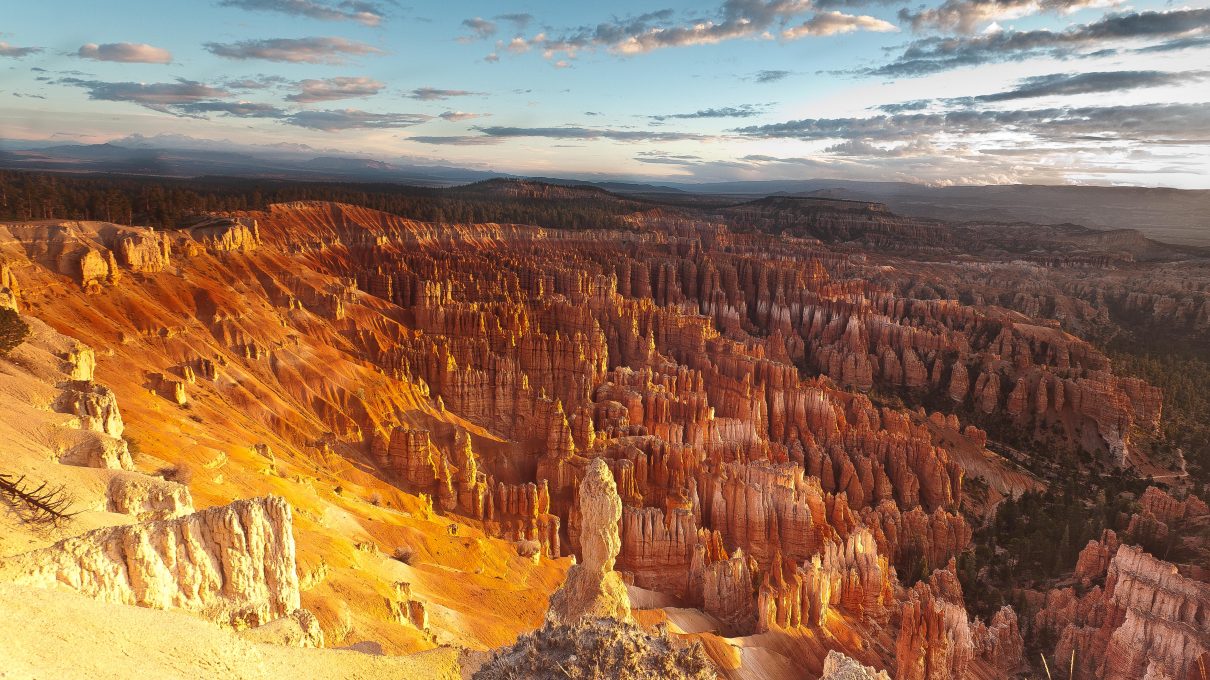 In the days following her husband’s cancer diagnosis, Renata Louwers went online in search of help. As far as responses to cancer go, this one was fairly banal. She didn’t go into denial, or try to escape, buying a zoo or a one-way ticket to the Great Pyramids. She double-clicked the browser icon on her laptop and typed “metastatic bladder cancer” into the winking search bar.

Where she ended up was Inspire, a social health network with moderated discussion forums that teams up with organizations like the Bladder Cancer Advocacy Network to provide patients support for whatever condition they’re facing. With over one million members posting about conditions ranging from psoriasis to ALS, Inspire may just be the Internet’s largest health support network.

At first, Renata was intimidated by the openness of the community she had discovered. To people who didn’t grow up on the Internet, like Renata, members of close-knit digital communities can seem remarkably cavalier about sharing the most intimate details of their lives… and there’s nothing more intimate than cancer. “People seemed to overshare. It was off-putting at first,” she remembers.

Told he had as little as six months left to live, Renata’s husband, Ahmad, favored his privacy and chose to remain offline altogether as he dealt with his new diagnosis. But as Renata put her career as an auditor for the city of San Jose on hold to care for her husband, she found herself increasingly isolated by her husband’s diagnosis. She explains to me over the phone, “You can talk to your friends and family, and of course they’re supportive, but nobody really understands it.” 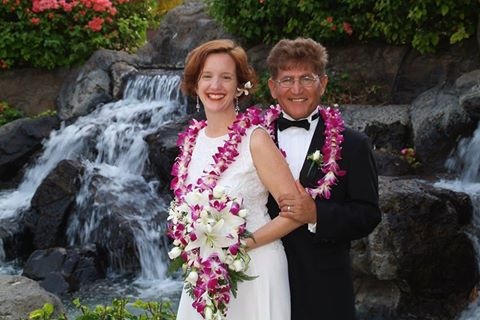 Renata and her husband Ahmad

Renata returned for help. In the subsequent days, she joined Inspire’s bladder cancer support network. Her reason for signing up was straightforward. “The more desperate you are, the more you’re in need, the less you care [about oversharing]. I just wanted help.”

Motivated by the powerlessness she felt trying to grapple with the reality of Ahmad’s diagnosis, she decided to make her first post.  “The first thing that brought me online was trying to figure out where we were on the spectrum. Was this really bad? Do lots of people get this diagnosis? I just had no idea. That was my first post ever.”

The Best Kind Of Echo Chamber

Renata didn’t know what to expect, but what followed surprised her. It’s something she describes as the “echo chamber” of social media, but she means that positively. In the worst echo chambers, you’re alone, and your voice bounces back at you, mocking your solitude. But at Inspire, Renata’s lonely message multiplied itself until it became a song of dozens of people, all of whom knew exactly what she was going through. Unlike the black caves of depression and solitude many people find themselves trapped in after unexpected illness strikes, there’s nothing dark about Inspire’s echo chamber. It’s a ringing canyon of light.

Within days, Inspire’s “echo chamber” returned more than twenty responses to Renata, ranging from notes of sympathy to practical suggestions from people that had endured a similar diagnosis. 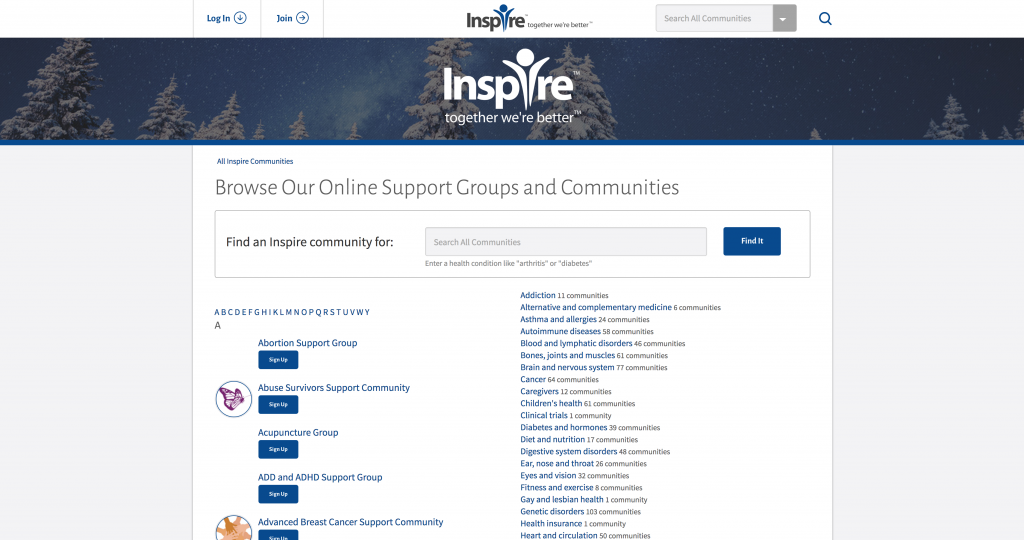 With over one million users, Inspire’s forums provide comfort and hope to anyone.

For those whose experience of the Internet is limited to witnessing guerilla warfare in the comments of their Facebook feed, Renata’s description of a forum where people treat each other with understanding and respect seems like a polite fiction. But civility and compassion exists on the Internet–especially when the content of conversations shifts to vulnerable people making quiet requests for help.

Civility and compassion exists on the Internet… especially when the content of conversations shifts to vulnerable people making quiet requests for help.

And, as Renata learned, Inspire is one place you can find it.

“Inspire became my main source of support,” she says. “I could post something at 9:00AM with a great deal of nuance about this iteration of bladder cancer and in twenty-four hours I could have thirty replies… What I found to be incredibly helpful was hearing from other patients and families about simply navigating the landscape of this particular illness.” 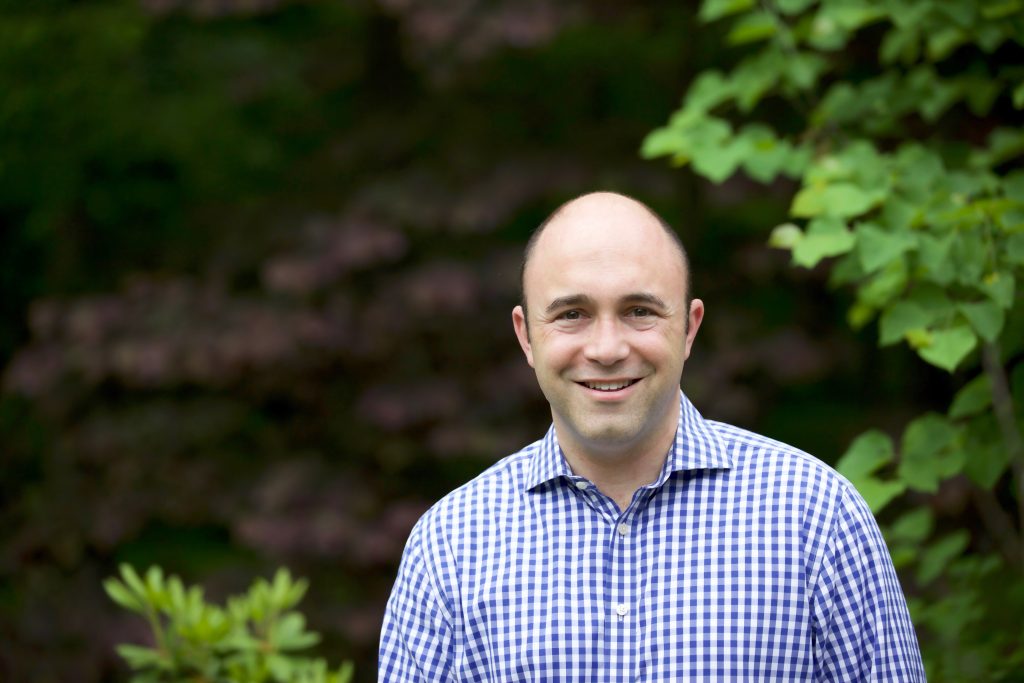 Brian Loew, CEO of Inspire, founded the forum ten years ago to help patients get information about clinical trials.

Renata’s experience is what Inspire’s CEO Brian Loew had in mind when he launched the site about ten years ago.

“In the past, the voices of people with chronic conditions were ignored. People suffered in silence. Because these illnesses are not always visible to others, they are thought of as less serious or less impactful. Much of our work at Inspire has focused on making sure that this conversation can happen.”

At the very heart of this work stands a group of veritable strangers with the courage to stare at a flickering screen and admit that they’re not sure what to do next. Humility replaces pretense as users connect with others whose lives, like Renata’s, have been “upended.”

Mike Lawing, another Inspire user, tells a different story. It’s one that he sums up with a single statistic. “About 70 percent of counties in the United States don’t have an oncologist,” Mike says  with a rich drawl that tells of a life spent in the hills of western North Carolina.

At the time of his kidney cancer diagnosis in 1997, Mike was among them. He vividly recalls the experience of his doctor kneeling beside him in a crowded emergency waiting room to tell him: “Things look bad. Very bad.” Without an oncologist locally to advise him, though, Mike didn’t know exactly how bad was bad… and the Internet, still in its infancy, wasn’t much help. 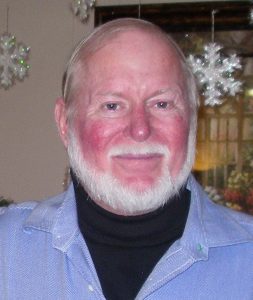 When Mike Lawing was diagnosed with cancer in 1997, he was only given 5 years to live.

When Mike reflects on the earliest moments of his diagnosis, he exudes a kind of seriousness that demands that his listeners abstract themselves from the familiarity of their daily life, joining Mike in his. He tells me: “When I was first diagnosed, there was nothing out there that I knew of that I could turn to for help. I’m now on the board of directors at the Kidney Cancer Association and it was in existence back then, but as someone living in rural America with limited access to computers, I couldn’t find any of it.”

It’s easy to miss the gravity of this statement, “There was nothing out there that I knew of.” For someone recently informed that he had less than five years to live, coupling uncertainty with this lack of information seems a unique cruelty.

Patients receive their treatment and medication, but they leave wondering what was said and what it meant. Ultimately, they go on Inspire to get those questions answered.

Two decades later, Mike has outlived his initial five-year diagnosis, but has never forgotten the uncertainty of his earliest days living with cancer. That’s why Mike calls Inspire a “lifeline.”

Even for those living within close proximity to medical resources, Mike explains that Inspire offers users a critical sense of comfort and affirmation they often miss from their doctors. “You’ve got people that live in [communities] where a major hospital is located a block away, but they don’t feel comfortable going there to ask questions. The doctors don’t have time. The nurses don’t have time. Patients receive their treatment and medication, but they leave wondering what was said and what it meant. Ultimately, they go on Inspire to get those questions answered.”

The Purpose Of Providing Hope

Critics of online communities like Inspire wonder about the cost of sacrificing direct human interaction in favor of anonymous messaging. Do forums actually make people more isolated and shut off from the real world? But Mike scoffs at such criticisms, countering with a story about a man he knew who, dying, denied treatment in hospice. At the request of the man’s mother, Mike spoke with him and learned that a fear of abandoning his wife, daughters, and grandchildren was devastating him. “He was more concerned about that than his own health issues,” Mike says.

Yet the crux of this story lies in the simple fact that this conversation ever happened… and the only reason it happened was because Mike connected with this man’s mother. This is a type of connection that Inspire specializes in.

“Most people don’t have anyone to talk to, “ Mike says. “They may have family, but there is an isolation that comes with this journey. These people are terrified, but they can have that conversation online because they trust these people that are going through the same thing.”

When Renata’s husband passed in April of 2014, eleven months after his diagnosis, she returned to Inspire for hope and continued friendship. Meanwhile, with his cancer in remission, Mike still moderates the site’s kidney cancer forum. After reminding me that he was only given five years to live, Mike reasons: “I figured out a long time ago that anything that’s going on in my life can probably be used to help people around me. In fact, maybe that’s the reason I’m still around. It’s my purpose.”

This is also why Inspire is still growing, ten years after it was founded. It provides common purpose to over a million people like Mike and Renata: to give community, comfort, and hope to those who are struggling to understand the unexpected turn their lives have taken through illness. It’s a simple gesture, yet something powerful happens when, from out of the abyss of the Internet, a voice like your own echoes back to you: “You are not alone.” 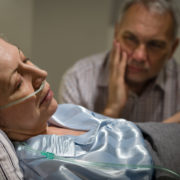 Ask Ada: Being There For Your Spouse In Hospice
Ask Ada
When Doctors Couldn’t Help Me, I Saved Myself

Tripping The Light Fantastic
Don’t miss one more amazing story.
Every week, we’ll send a few of our favorite stories to inspire you.
Send this to a friend
Scroll to top