Community Roundup: How Do You Talk To Your Friends And Family About Your Condition?

You're past the diagnosis. Now what do you tell your loved ones? 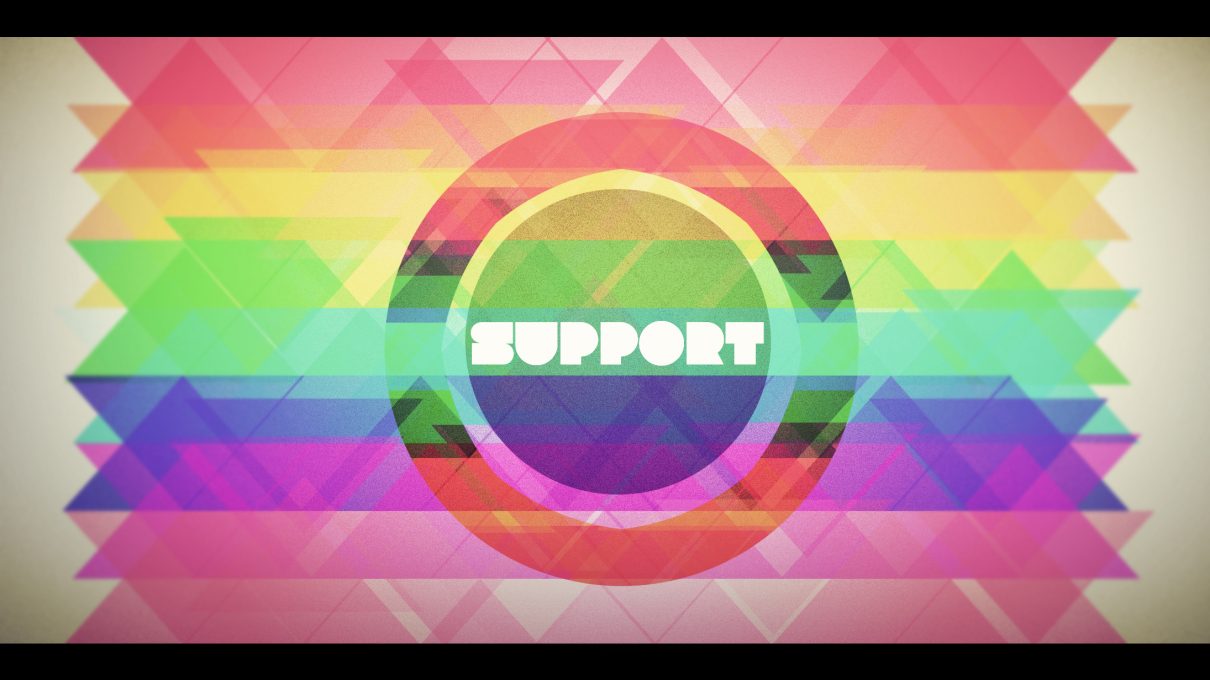 In the days following a diagnosis, some turn naturally to their friends and families for support, but for others, it’s more complicated. Even if they mean well, loved ones might not know how to accept your new reality, or support you. Even if they do, though, opening up to the people you know most can be a fraught and vulnerable experience, filled with doubt. That’s why, for this week’s Community Round-Up, we asked Folks’ followers: How do you talk to your friends and family about your condition? 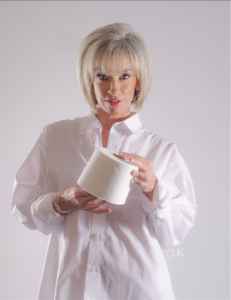 When I finally broke my silence about my illness, I broke it big time and I wrote a book. Friends and family felt as though I had been living a secret life for 30 years. Because depression comes with my illness, I was embarrassed to talk with people about it. I was raised to be strong and being depressed meant being weak. At 50 years of age, I know that not to be true. Crohn’s Disease has a stigma attached and it’s not a pretty one. If I could give chronically ill people advice, it would be to educate your friends and family about your illness, especially your spouse. When you break your illness down in different pieces for people, they are more apt to understand and accept it.

Claudia Merandi is the author of Chron’s: The Other “C” Word. She is also a patient advocate/activist, author, and Crohn’s Warrior. She can be found on Twitter at @CMerandi. 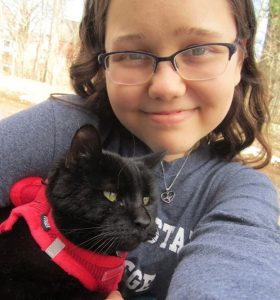 Talking to people about my illness is not always easy. I worry I will be left behind, unwanted, or misunderstood. I find myself living in fear which hinders my mental health. When the time is right and I have built trust with an individual I will eventually open up. After I share my struggles I usually feel a weight of burden lifted because I have nothing to hide and can be myself. If the person is accepting, I offer to answer any questions they have and spread awareness. My illnesses are a part of my life but I work to overcome them so I do not want them to be the center of attention all the time.

Amy is a sophomore in college studying Wellness and Alternative Medicine. She loves animals, music, and the outdoors. She can be found on Twitter at @SmileFighter1. 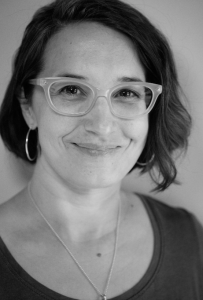 Because my pain makes me really irritable sometimes, I try to notice as soon as I’m feeling pain so that my mood isn’t perceived as angry and/or my family members don’t take it personally. In general with family and friends I am trying to be more vocal about the effects of the disease so that they know it’s always with me and always on my mind. I often find that I have to tell friends that having my cane isn’t necessarily a “bad” day and that walking without my cane isn’t necessarily a “great” day.
Sonya Huber is the author of five books, most recently Pain Woman Takes Your Keys and Other Essays from a Nervous System. She can be found on Twitter at @sonyahuber. 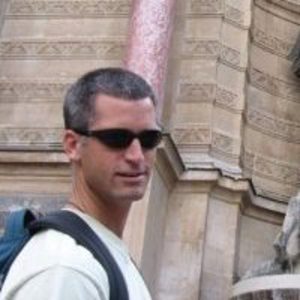 I tend to be clinical in such matters. So I explained what ALS is, what the prognosis is, and what I planned to try to do about it. My family already had an idea what ALS is and were quite unhappy with the news. My friends had no idea but were equally unhappy. I find with such news that you can only be matter of fact with it.

Eric N. Valor is an IT professional turned self-taught neurology researcher focused on ALS (Amyotrophic Lateral Sclerosis or Lou Gehrig’s Disease). He can be found on Twitter at @surfiving. 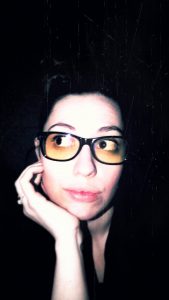 The way I talk about them depends greatly on who I’m talking to. When talking to someone about my illnesses for the very first time, I’m sure I resemble a hummingbird as I flit from issue to issue and symptom to symptom, attempting to explain how all the pieces connect. I attempt to educate while spreading awareness.

With close friends and family, I talk about it like an annoying younger sibling that follows me wherever I go, causing trouble all the way. I might whine, exclaiming “my freaking EDS is kicking my butt again,” or something more explicit, but the focus always tends to be on what I’m feeling and experiencing in the moment. It’s a big part of my life that is constantly in flux, so it’s gonna get talked about a lot.

Saidee Wynn writes about life with chronic illnesses and disabilities. She can be found on Twitter at @spwarriortweets. 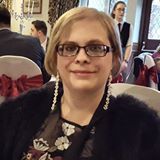 When living with a rare condition it can be really difficult to adequately explain to friends, family or even passing acquaintances the exact nature of your condition.  If it’s not something they’ve heard of, it can just lead to more and more questions so I usually describe it in as little detail as possible! Of course when asked how I am then I truthfully tell them the kind of day I’m having due to my symptoms but very often the grimace on my face, the way I hold myself and my mood tells them all they need to know. Besides, I would much rather have a discussion on the latest book I’m reading or one of the many television programmes I’m loving as frankly I think there are much more interesting things to talk about regarding my life than my illness, especially as it gets way too much attention already!

Rhiann is a Psychology graduate who was only recently diagnosed with Functional Neurological Disorder (with a host of other issues!) and who shares her experiences with living with a neurological condition at My Brain Lesion and Me. She can be reached at Twitter at @serenebutterfly. 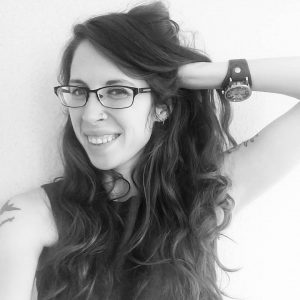 I think it may just be me – my personality and education – but I find that being very direct, honest, and somewhat clinical works best for me. I don’t owe anyone an explanation about my health, but for those I care about, I want them to understand the mechanism behind my struggles, not just that I feel crummy all the time. So I usually use a balance of technical descriptors like “orthostatic intolerance”and “sacroiliac subluxation” and cute explanations like “my all-of-me hurts!” It makes my struggle clear and legitimate, but also keeps the overwhelmingly awfulness of it from being too oppressive. It seems to have been an effective strategy for me thus far. 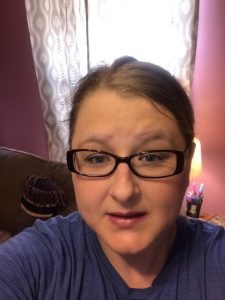 Talking to friends and family about my illness has been hard at times, and has been a learning experience for me. In the beginning I opened up too much I believe. I wasn’t really sure what living with a chronic illness looked like because it was all new to me, so I shared just about everything. By doing that it seems I scared off some people who I thought were life long friends, and they chose to walk away. Because they couldn’t deal with the things that were going on in my life. After that happened I became very closed off and didn’t share much about my health with anyone. Which wasn’t the right way to deal with it either because by not sharing some felt that I wasn’t being truthful. So over the years I have come to the realization that every person in my life is going to need something different. Some people want to know everything that is going on and others don’t need to know unless something big happens. So honestly, it depends on who I am talking to in regards to what I share.

Amber Blackburn is 32 years old and was diagnosed with lupus six years ago. She has been blogging and acting as an advocate for a year and a half. She can be found on Twitter at @LupieWarrior511.

Meghan Beaudry
Do you know someone else who would enjoy this story?
How Meditation Helped Me Heal After Hysterectomy

When Morning Sickness Is Deadly
Don’t miss one more amazing story.
Every week, we’ll send a few of our favorite stories to inspire you.
Send this to a friend
Scroll to top