To Cope With Chronic Pain? Write Your Heart Out

"Illness takes a lot from you," says poet Sarah Wilson. "Writing is how I take the power back."
ankylosing spondylitispain 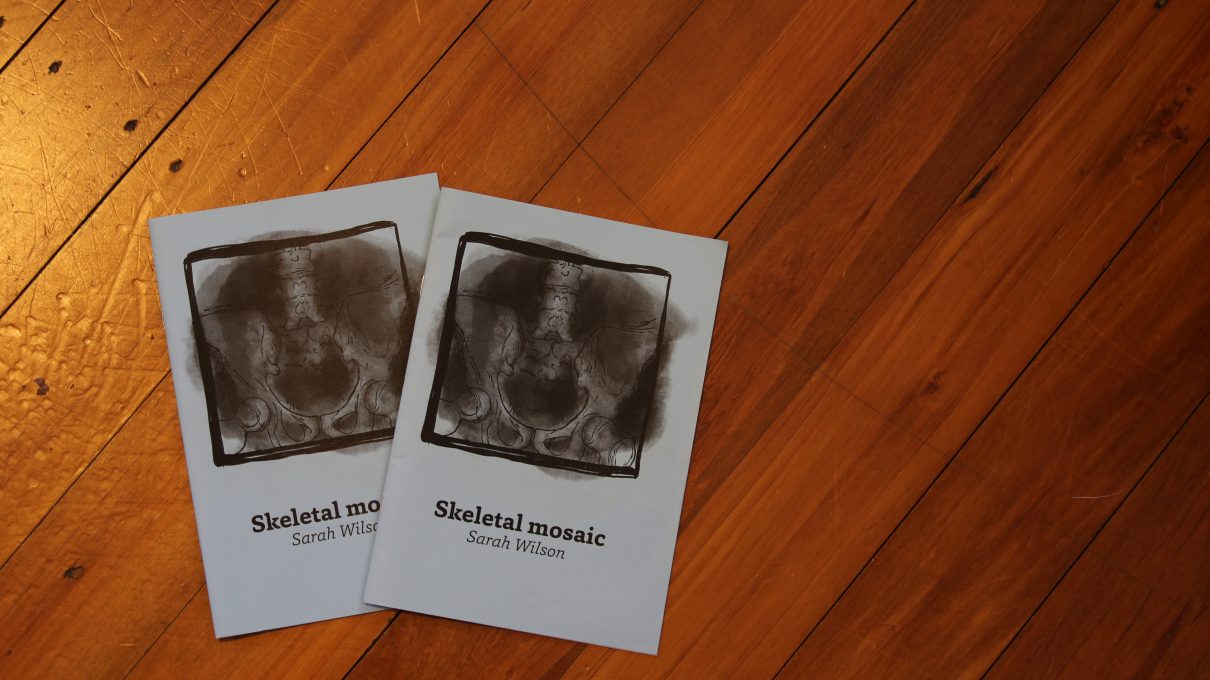 “Illness takes a lot from you,” says poet Sarah Wilson. “Writing is how I take the power back.”

Sarah Wilson is a 29-year-old writer, journalist, and poet from Nelson, New Zealand. She is also a sufferer of chronic pain. Diagnosed with Ankylosing Spondylitis several years ago, a chronic autoimmune disease of the skeleton, Sarah has since been forced to re-examine everything, and adapt to a new way of life and work.

Her condition has brought her to new understandings of her body and the way people with disabilities and chronic pain are perceived and treated in society. Consequently, she has become an outspoken activist for health, gender, and social welfare issues in her home country and abroad.

Folks sat down with Sarah to ask her about the role writing has had in her life, both as a way of coping with chronic pain, and as a mode for empowering the voiceless.

When did you start writing? What do you love about being a writer?

I’ve always been a writer. I wrote my first poem when I was about 8. That’s the first one I can recall, and it was about lions deciding to be vegetarians. I was interested in cruelty, and it was about subverting the natural order of things and making choices that benefit all people, or animals in the jungle. It rhymed, and had some terrible lines about lions on the plain deciding who to eat for dinner and choosing some grass instead.

I was lucky because I always knew what I wanted to do with my life. It wasn’t about choosing a career so much as knowing that I am a writer. It was just a given for me. It’s my purpose. I feel lucky that I have ability to communicate what is so often incommunicable. When someone responds to me and says “Oh my God, you’ve written how I feel,” I realize how much power words contain. They can be both a weapon, and a pillow.

I feel lucky that I have ability to communicate what is so often incommunicable.

I kept writing creatively for myself throughout school, and my poems were published here and there. I recall the first one I had published in a national magazine when I was about 14. Typically, it was about parents not listening [to their kids] (mine were mortified). My poetry from 14 to 22 was prolific: I have folders and folders of terrible angsty work, but it was a foundation for communicating important feelings – the real guts of human experience.

I did a Bachelor of Communications majoring in journalism, with a minor in creative writing at Massey University in Wellington, New Zealand, and later I studied poetry at the International Institute of Modern Letters with award-winning poet Hinemoana Baker.

I started working as a journalist and then went into communications in the public service. Later I started my own communications and writing consultancy in Nelson, at the top of the South Island. It wasn’t long after that that I developed Ankylosing Spondylitis, a form of genetic inflammatory arthritis. It’s rare for women my age to have it, so writing has allowed me to connect with other women who do.

How does writing give you an avenue to deal with your illness?

Illness steals a lot from you. It isolates you and it really impacts your sense of agency and power. Writing is how I take the power back. Articulating my experience through poetry and prose allows me to process the experience, to validate it by revealing the hidden vulnerabilities, and to connect with and help others in similar situations.

Has your condition given you new or different opportunities?

I became outspoken about the health and welfare system in New Zealand. The country has a publicly funded health system that’s meant to be open to all, but it’s far from perfect. I struggled to access health support and disability entitlements. Part of my response to this was to start a website, called www.writehanded.org. At first it was anonymous and I tried to stay out of politics, but it became clear that health is a political issue, and being able to write well and articulate well was really key to affecting change. I needed to put my face and my name to my words.

I was overwhelmed by the response. I was flooded with emails and letters from others struggling with the same issues. My writing reached all the way to Parliament and politicians and journalists began contacting me. Though I’d always been politically minded I fell into an activist role via the website, Facebook, and Twitter. My regional newspaper, The Nelson Mail, offered me a column which I used to articulate the struggles people like me face on a daily basis in trying to live with pain and access what we’re entitled to.

How has social media figured in your work as a health activist?

It gave me a much wider reach. I can’t necessarily leave the house that much, but social media gave me the platform I needed to share my writing and connect with people. We’re quite lucky in New Zealand to be a country of only four million people, as a lot of our politicians are on social media and they do use it personally (i.e. they run their own accounts). You can connect with them through it and they’ll challenge what they see as unfairness in Parliament. Several of them reached out to me because of what was being said by others on Twitter. The response to my writing on social media was so massive that the challenge was to utilize that in an effective way while still managing my own health.

It enabled me to meet others with chronic pain and collect our voices, which are usually so isolated, into a single force.

What sort of things do you feel people misunderstand about chronic illness and chronic pain?

There’s a deep-seated narrative around relentlessly seeking resolution, and that’s really tiring on its own, even if you don’t have the fatigue and pain that I have. People tend to see chronic pain and illness and disability as this conflict within your body – you are fighting this thing. But often to learn to live with your disability in healthy and productive ways, you have to find a degree of acceptance. It’s not about giving in. It’s saying: “Okay, things are changed. How do I work with that?” For me, I had to accept that my working life as a writer is different now. I can’t work 10 hours a day in an office chair like I used to. I break up my time a lot, I created different physical environments to make me more comfortable. But that doesn’t mean I’m less productive. I just work with my pain instead of using all of my limited energy trying every diet or exercise the internet offers up to fight it.

Does writing feature strongly in your future?

Yes. Writing is all I want to do, and it’s one of the ways I deal with being ill. I’ve just published a chapbook of poetry about illness and identity, and I’m working on a collection of short stories in a similar vein. I’m also chipping away at a novel in which the protagonist hasAnkylosing Spondylitis. I think disability is both underrepresented and misrepresented in popular media, so bringing that into my creative work is another aspect of activism. And it makes me feel happy and fulfilled being able to use my writing this way.

Chronic pain is so prevalent: 11 per cent of Americans suffer from it, according to the National Institutes of Health, which is nearly the population of California. And it’s so often invisible. Writing gives a voice to all of us who live with it.

Meghan Beaudry
Do you know someone else who would enjoy this story?
You might also like...
How Birdwatching Helps Save Me From Chronic Pain
Bo Beolens
Destigmatizing Mental Illness In The Church And Beyond

My Airless Nation
Don’t miss one more amazing story.
Every week, we’ll send a few of our favorite stories to inspire you.
Send this to a friend
Scroll to top