The Criminologist Who Came Out Of The Closet As Mentally Ill

When Risdon Slate stopped taking his lithium, he ended up in jail. Now, he helps train cops to know the difference between a criminal and a person in crisis.
bipolar disordermental illness 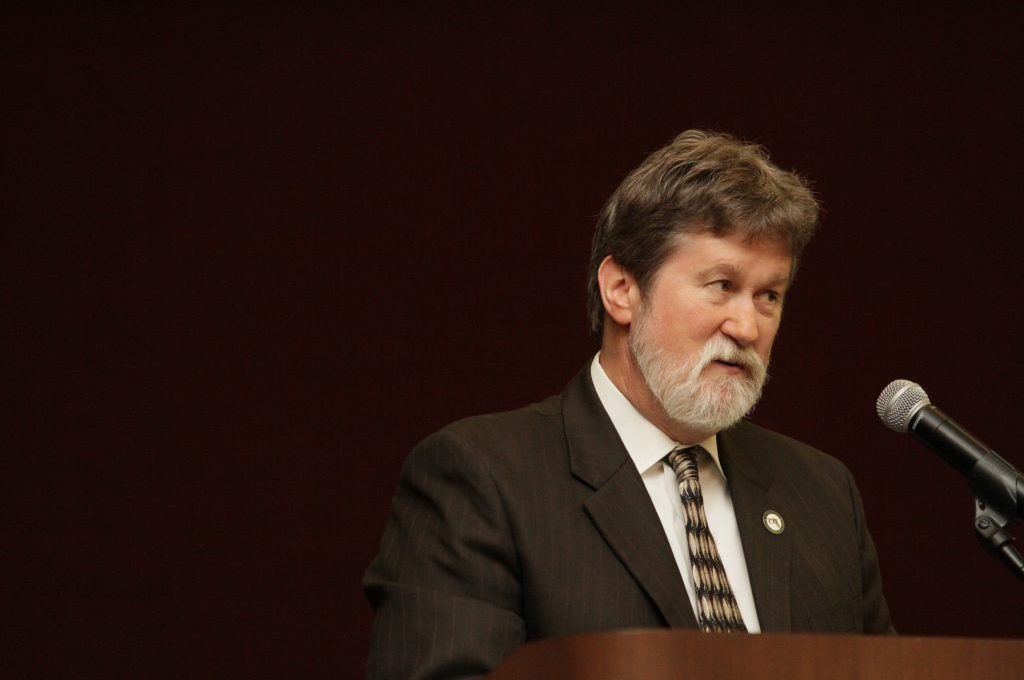 Risdon Slate knows first hand what can happen when a law-abiding man suffering a mental episode gets handcuffed for behaving strangely in public. He knows this because it happened to him. What he endured in that jail cell–locked up during a manic episode that befuddled police–has fueled Slate’s long campaign to lessen the chances that others with mental illness will needlessly wind up behind bars.

“At no point—not when I was arrested, not when I was booked into the jail, not when I stood before that judge—did anyone see that my problem had nothing to do with me being a criminal,” says the 57-year old, who heads up Florida Southern College’s criminology department. “I wasn’t a criminal. No one paid any attention to what was really wrong with me.”

Slate’s one-and-only arrest happened when he was 34. The police were called after he was discovered marching around a makeshift fortress of books that he built in the parking lot of a South Carolina apartment complex. When Slate’s wife told the officers that Slate has bipolar disorder, they let him off with a warning. The warning didn’t take: the next day, Slate–off his meds–was arrested. He had just dived naked into the apartment complex’s pool.

I wasn’t a criminal. No one paid any attention to what was really wrong with me.

After that run-in with the law, Slate got back on lithium, which helps control his disease to this day. But in a very real way, that incident continues to be a driving force in his life. His tours around the country to train members of the criminal justice system to have a more nuanced view of mental illness.

Right now, the nation’s prisons house more mentally ill people than psychiatric hospitals. That’s partly because many police officers don’t know what to do with a person experiencing a mental episode. Slate advocates a more informed and humane approach, where the mentally ill–particularly those who are nonviolent–are locked up as the last resort, not the first.

Slate poses with some of his “students.” Photo: Jamaica Gillmer

Being open about his own mental illness is central to Slate’s work. Yet, the fact that he is on lithium surprises some of the law-enforcement officials he trains; he doesn’t “look” mentally ill, they’ll say. But Slate is quick to point out that mentally ill people don’t usually appear out-of-place unless they are having a crisis: for example, because they have gone off their meds, or their medication has otherwise stopped working.

In other words, just because a person in crisis is acting strangely doesn’t mean they are a de facto criminal.

“I let officers know they may be the one person that an individual, particularly if it’s their first psychotic break, can look to and hear someone say, ‘There is hope for you. You can make something positive out of this,'” Slate says. “They can be that crucial individual that can get the person to a place where they get medical help, recover, and become productive citizens.”

Just because a person in crisis is acting strangely doesn’t mean they are a de facto criminal.

Slate’s own arrest was triggered by such a crisis.

When he was a 34-year-old parole officer, a new psychiatrist took Slate off the lithium he’d been on for several years. Slate didn’t have bipolar disorder, the psychiatrist argued. Instead, he was merely stressed.

But stopping Slate’s meds cold-turkey had some quick and furious effects. At a South Carolina college’s football game, Slate began hallucinating. On the field, players morphed into kings and knights on a chessboard right before his eyes. By the game’s third quarter, Slate was in full-tilt manic mode. Worried, his wife led him to the stadium parking lot, where she called EMTs: her husband was having an episode.

When they arrived, Slate–fast-tongued and persuasive–countered: his wife was the one in distress, not him. They checked her soaring blood pressure–understandable, Slate says, under the circumstances–and sent the couple on their way.

When he got back to their apartment complex, Slate immediately began building his parking-lot fortress of books. He was arrested the next day. 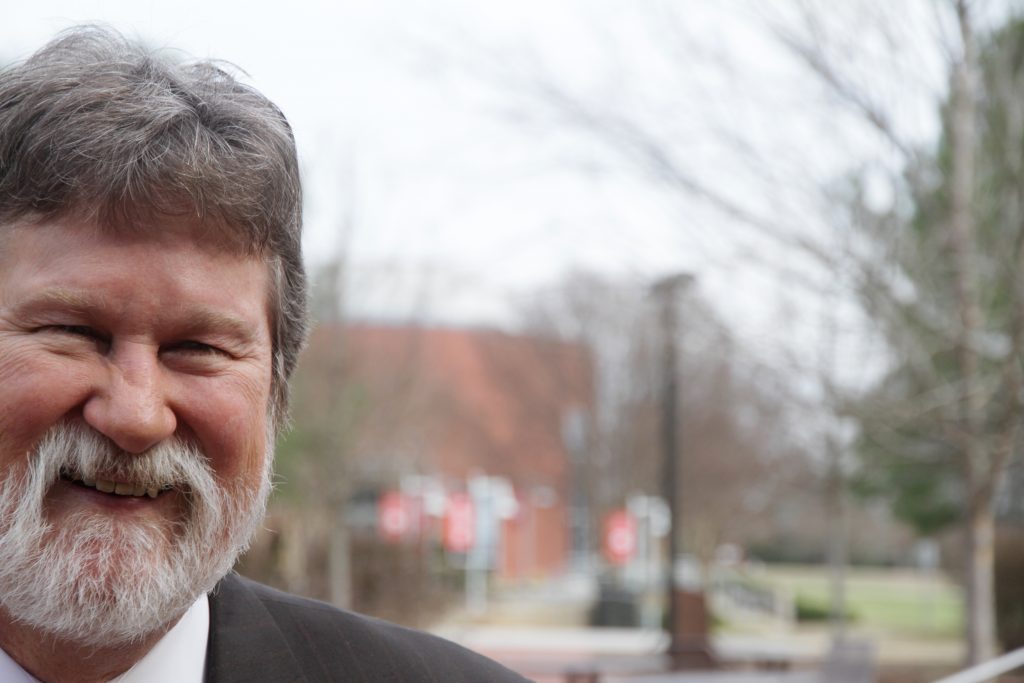 “Those police back in South Carolina? If they’d had better training, they could have diverted me from lock-up.'” Photo: Jamaica Gillmer

“The rest is history,” Slate says. “This is my spin on it: Getting arrested was God’s way of saying to me, ‘You’ve got to come out of closet about your mental illness. Maybe, that will be your way to help others.’”

He helps himself by rigorously following his regimen of prescribed meds and overall self-care. Being open about his mental illness and how he treats it shows other mentally ill people how they, too, can thrive. It also bolsters his mission to help foster a criminal justice system whose dealings with the mentally ill are understanding and compassionate. Slate’s core expertise and beliefs landed him on the National Alliance of Mental Illness’ board of directors for several years. He was called as an expert witness during the September 2000 congressional hearings on mental health, which, in turn, resulted in funding for the nation’s first mental health treatment courts.

The most recent data from the Bureau of Justice Statistics suggests that a quarter of those in prison or awaiting trial are mentally ill. Slate believes that number will decrease if police have proper training in mental health issues, as well as access to community-based mental health programs.

“Those police back in South Carolina? If they’d had better training, they could have diverted me from lock-up. They could have told people at the jail that I was mentally ill,” Slate says. Luckily, though, things are getting better. “These days, there are [jails whose intake papers] have a little block to check off: ‘Does this person have signs of mental illness?’ People running things know they need to take a different tack.”

You’ve got to come out of closet about your mental illness. Maybe, that will be your way to help others.

Which isn’t to say some correctional facilities aren’t doing a good job. A handful of states have made major strides on this front, Slate says. But even the best available treatment won’t work if cops don’t know what to look for.

“There are some beautiful, perfect models of what to do out there,” he says. “But they’re perfect models for an imperfect world. That’s one of the reasons this training is so key. But, again, if you don’t have treatment to link people with mental illness to, that model isn’t worth the paper it’s printed on.”

And if they have to come into contact with that system? Slate hopes he’s made it friendlier to the mentally ill than it was when he got arrested during his own mental breakdown. During an episode, the mentally ill who commit crimes often are totally unaware of what they’re doing. But that doesn’t necessarily make them criminals, Slate says. The criminal justice system should exist to protect victims of all stripes…  including those who are the victims of their own minds turning against them. 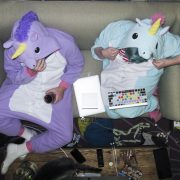 An Extra Chromosome For Excellence
Don’t miss one more amazing story.
Every week, we’ll send a few of our favorite stories to inspire you.
Send this to a friend
Scroll to top