Dating With A Self-Destructing Thyroid

It can be hard finding love with a chronic condition like Hashimoto's Thyroiditis. But it can also make it easier to find the people worth loving.
hashimoto'shashimoto's thyroiditis 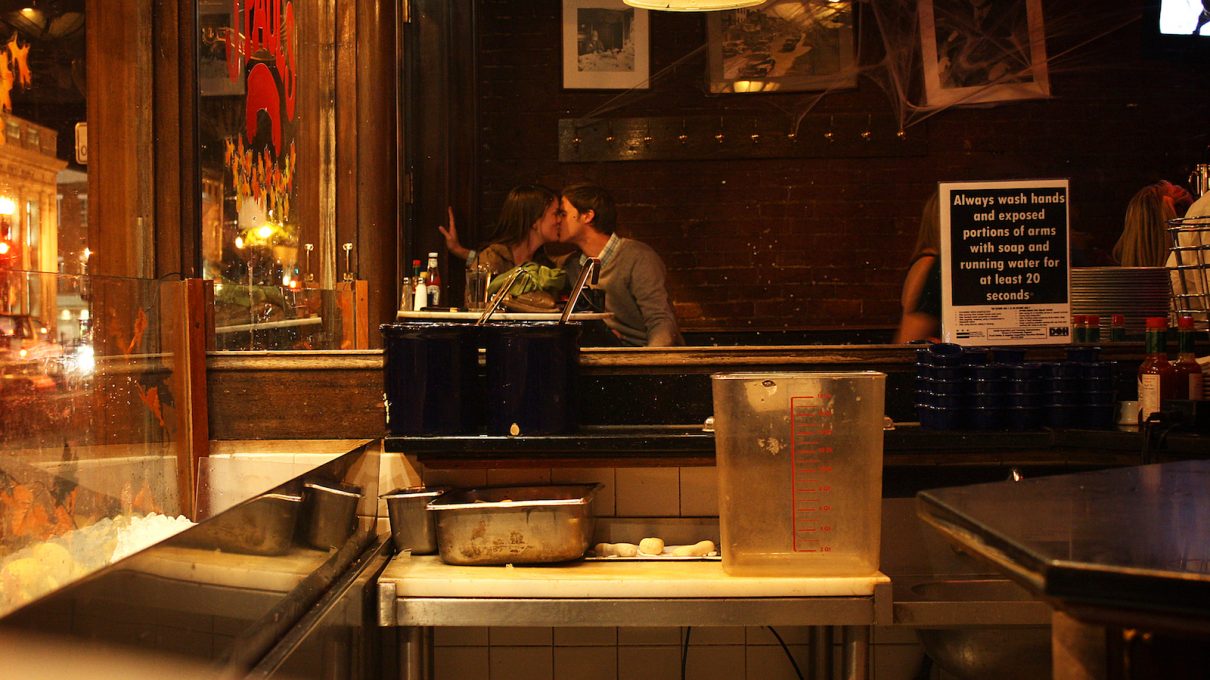 At 6 o’clock, a text comes in from Nomi, confirming our date for this evening. I’m sitting at work and become dizzy. Rising, I feel the weight of my legs, my knees. Like they are about to cave. In a vertiginous moment, I feel a wave of doubt. I consider canceling but decide to push through, telling myself I’ll be fine if I just keep drinking water.

It’s Tuesday and already I feel exhausted. I have Hashimoto’s Thyroiditis, an autoimmune disease that can wreak havok on every aspect of my love life. So I give myself a pep talk in the bathroom before I go. Of course you’re not going to drink or eat any hazardous foods.

I look back at my face in the mirror. “It doesn’t matter how much you like her. You need to get home early,” I say aloud to remind myself that having a thyroid condition means I need to give myself more sleep than the average 31-year-old.

I have Hashimoto’s Thyroiditis, an autoimmune disease that can wreak havok on every aspect of my love life.

But later, as we sit in a crowded restaurant in Koreatown, any idea I have about “being good” flies out the window when she starts ordering Saki.  I’m not supposed to drink alcohol. Because of Hashimoto’s, even minute amounts can give me rashes and splitting headaches. But in a moment of spontaneity, I suggest we share a bowl. One drink with dinner isn’t going to hurt, I think. She chooses the unfiltered Saki with the rice sediments still settled in the bottle, giving it a similar feel to pulpy orange juice. We have it with our meal and afterwards I feel fine, albeit a little tipsy. So, I proceed to stay out until 11 p.m. with her before heading home.

I wake up the next morning, Wednesday, with an outsized hangover compared to how much I drank. I don’t feel like I am 31. I feel like I’m 101. My small hangover has been grossly exacerbated by Hashimoto’s.

I feel so awful that I’m still recovering two days later, with early signs of a cold, a break-out rash on my stomach, and chronic fatigue.

What Is Hashimoto’s Thyroiditis?

Recovering from a Hashimoto’s flare-up can take days, sometimes longer. It’s not like a typical hangover: That small dose of alcohol or wheat seeps into the bloodstream and affects your energy in such a way that makes it twice as challenging to recover from. It makes enemies of your already weary symptoms and incinerates them.

Hashimoto’s Thyroiditis is an autoimmune disease that gradually destroys the thyroid which is a little butterfly-shaped organ in the throat that controls your hormones. Since your hormones are responsible for everything from how you sleep to how much you want to have sex, when the thyroid doesn’t function a lot of other areas in the body tend to malfunction as well.

Dating with Hashimoto Thyroiditis isn’t impossible, but like with any chronic illness, it’s challenging.

Dating with Hashimoto Thyroiditis isn’t impossible, but like with any chronic illness, it’s challenging. It has forced me to stand up for my limitations, and have conversations about things I’d rather not share right away. When I am newly dating someone I naturally want to present my best self at first. Let the small shards of truth float by in slow motion like a Tarantino fight sequence, at least for a while, before they inevitably land on me. 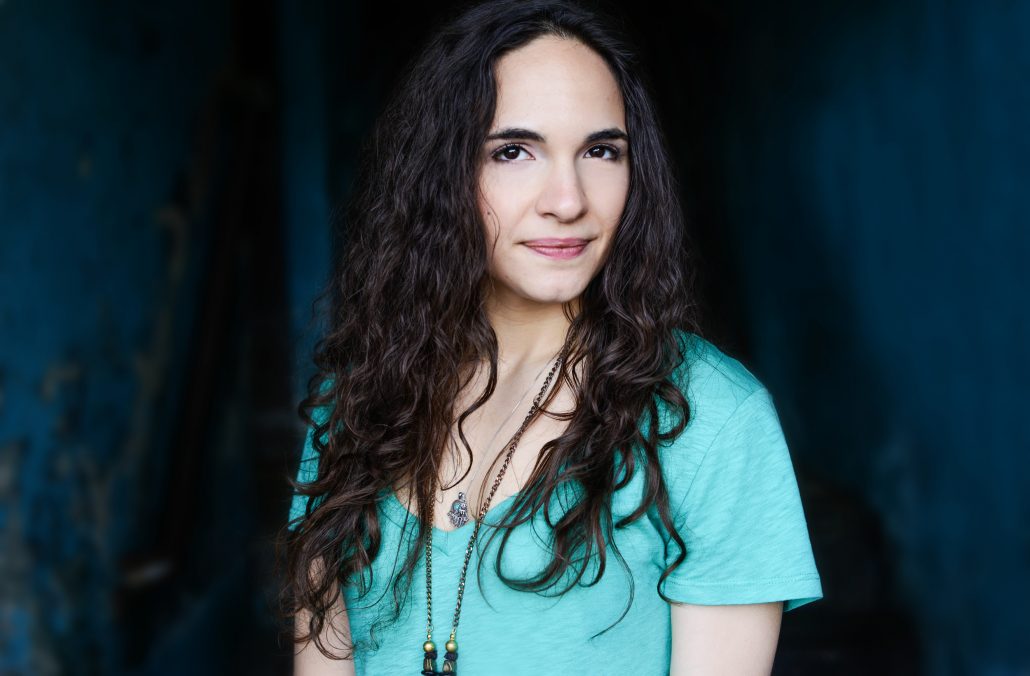 Rachel Galperin says that dating Hashimoto’s is challenging, but it can be a great way to put a new relationship to the test.

Dating With An Impossible Menu

A woman I went out with last year was not particularly health conscious and had virtually no food intolerances or gut issues. When I talked about my disease and started describing the foods I could and couldn’t eat she would cringe. I felt like a tortoise who had lost her shell. After a while, her unwelcoming demeanor made me cautious about sharing my symptoms with her. So, I kept quiet for as long as I could.

When Christmas rolled around and her father was in town, she asked me to join them for dinner and the inevitable question, “What can you eat?” rolled in.

Somehow, I had managed to evade it for the bulk of our relationship until then. Now that her father was in town and she was cooking, it seemed I would need to address my diet and help her figure out what to make.

I needed to send her a list of foods I consume. However, this list is quite long and since we were still newly dating I didn’t want to overwhelm her. Her previous reactions hadn’t made me feel great, so I gave her the bare bones of what I could and couldn’t eat. Then she’d send over a menu of what she was thinking of making. I’d look over the menu and nix three-quarters of it.

We went back and forth like this for days before finally deciding on something.  This conversation should have taken two minutes but wound up taking a few days of my life because I worried about coming across as difficult in a new relationship. Not because I was difficult, but because I had a health condition.

A few years before this, prior to being diagnosed with Hashimoto’s, I woke up next to the guy I was dating at the time with my first-ever symptoms: A lump on my throat and a rash on my stomach.

I hid my rash thinking it would freak him out and quickly and quietly made an emergency appointment with doctor. Blood work revealed low thyroid levels but not low enough for me to be on medication: subclinical is what my nutritionist now calls this. But I wasn’t actually diagnosed with Hashimoto’s–no one told me what I had, only what was causing my goiter and rash. If I’d known, I might have started the healing process earlier, and avoided other symptoms.

At the time it felt incredibly awkward having a lover find this lump and then the rash. We were in his apartment and I was changing my shirt. I bent down to pick it up off the floor, turning away from him trying to hide what I thought was a hideous breakout. He wanted me to turn around and when I did he saw my stomach and the rash. I hid my face in my hands in embarrassment. But all he did was poke at it a bit and shrug. It turned out, he didn’t have any feelings about my rash, positive or negative. I laughed, feeling relieved that he wasn’t repulsed like I thought he’d be and relieved that he didn’t have any more questions about it. I wouldn’t have been able to answer them if he did.

The Loneliness of Chronic Illness

The truth is, it’s hard dating with Hashimoto’s. This illness will rip the life force right out of you. It will make you want to spend your nights alone, because you’re crippled with fatigue and unable to move. It will leave you with a host of food intolerances that make going out to dinner anywhere almost more trouble than it’s worth. And it will give you all sorts of weird mannerisms–constantly itchy ears, unquenchable thirst, and insomniatic nights–that can make would-be partners dismiss you as weird.

The truth is, it’s hard dating with Hashimoto’s. This illness will rip the life force right out of you

Hashimoto’s has turned me into a hermit. I want to go out and spend time with others, even find love, but I know that if I don’t sacrifice things like dinner dates or cocktails or even staying up all night having sex, I will pay a hugely heavy price that will self-destruct my life in other ways, like being too sick to make it into work.

But The Right Person Is Out There

I’m currently in the initial stages of dating someone. Recently, she asked me to spend the night. The first time sleeping with someone can often be preceded by jittery nerves–what if we don’t click or I do something wrong?—but what made me nervous was not the prospect of being intimate with her, but how exhausted and sick I would be if I said yes. After a 70 hour work week, I cringed thinking how my hormones would react to a sleepless, lusty night. Not well, I suspected.

I think what I’ve learned from my experience dating with Hashimoto’s is that, actually, the people worth dating are more understanding than you would think.

But while I did have some symptoms after our first night together, including a week-long cold that arose due to exhaustion, she has not only been interested in learning more about my illness, but also sweet and understanding with the time we spend together. She makes it a point to check in with me and have me tell her how I’m feeling so that when we see each other I’m still getting ample time to rest and relax.

At the end of the day, dating with any chronic health issue can be harrowing. But I think what I’ve learned from my experience dating with Hashimoto’s is that, actually, the people worth dating are more understanding than you would think. Yes, it’s natural to fear that opening up with a chronic condition will disgust someone you like, or cause them to turn on you, but the truth is: those aren’t people worth being with anyway.

A good relationship makes you healthier, not sicker, and anyone who isn’t willing to be accommodating of my Hashimoto’s isn’t worthy of being with me. Because for good or for ill, we go together.

Meghan Beaudry
Useful Resources
Do you know someone else who would enjoy this story?
The Computer Scientist Trapped Inside His Own Body

President Of The Drowning Girls Club
Don’t miss one more amazing story.
Every week, we’ll send a few of our favorite stories to inspire you.
Send this to a friend
Scroll to top