Designing A Wheelchair For Adventure

After a stroke left him partially paralyzed, lifelong outdoorsman Geoff Babb set out to design a wheelchair that could truly take him anywhere.
stroke 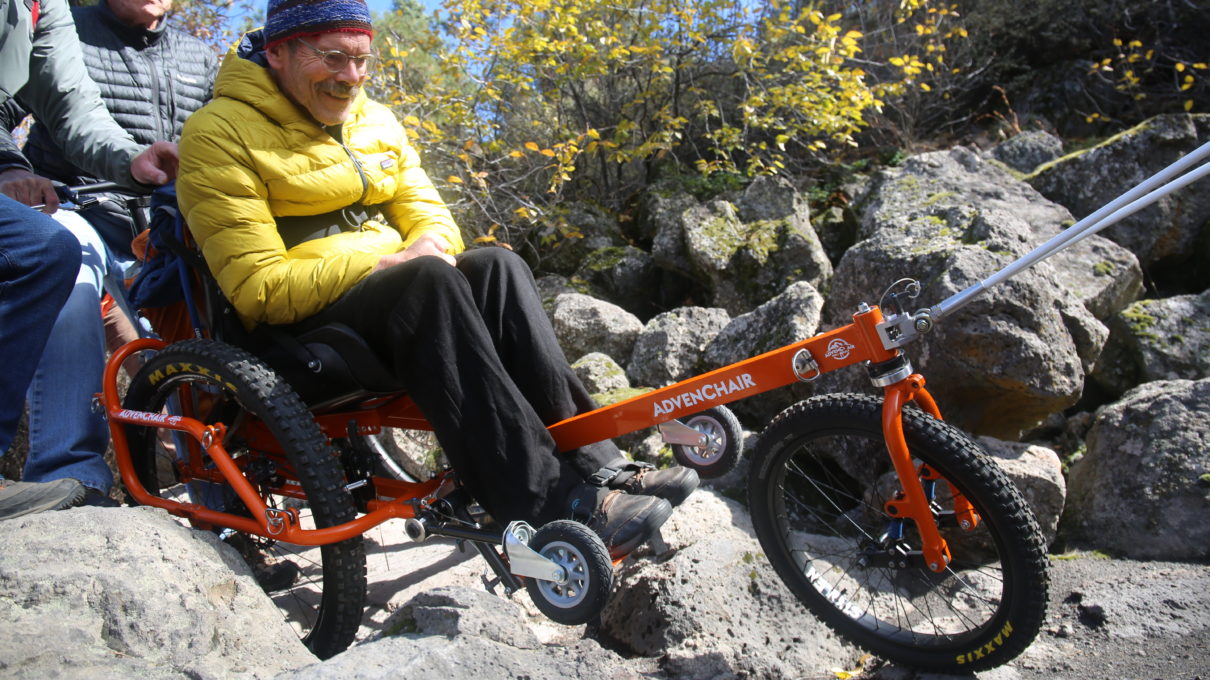 Geoff Babb has always been an outdoorsman. Around the mountains and valleys of Washington State, where he grew up, Babb was an avid climber, mountain biker, skier, hiker and runner. He started a career in biomanagement with the Nature Conservancy and later the Bureau of Land Management working as a fire ecologist. “My whole life was really based around being outside,” said Babb, who now lives in Bend, Oregon.

That all changed on November 10th, 2005, when, at the age of 48, Babb suffered a brainstem stroke. “The survival rate is supposed to be about 10%,” said Babb. “Of that, most people don’t even make it to rehab.” Babb lost the ability to walk. He maintained only limited mobility in his arms. He bought a wheelchair and adjusted to his newfound disability. Then, twelve years later to the day, he suffered a second stroke. It was a miracle that he survived, but he lost further arm mobility.

Babb, though “very grateful to be alive and have the abilities to think and talk,” yearned to get outdoors again, into the rugged terrains he had always explored. Standard wheelchairs, he found, didn’t cut it. Sturdier ones, too, didn’t work, as they required a level of arm strength which Babb lacked. He decided to do something about that.

With the help of a friend, Dale Neubauer, a helicopter mechanic, Babb created the AdvenChair, a wheelchair specifically designed for use in rough wilderness. Made of durable, aircraft-grade aluminum, it comes equipped with handles and heavy-duty ropes, for a team of helpers to push and carry the user. With those additions, users can access most any kind of terrain nature tosses at them. “It wasn’t long before we realized that the AdvenChair wasn’t just for me, but for so many other people that are in my situation, that need to be outside but need help to do it,” Babb said.

But it was an arduous development. Babb relied on funds from an Indiegogo campaign and his own money. The team went through several prototypes, with lots of bent and broken metal in the process. Finally, they are readying for larger production. Folks reached out to Babb to hear more.

Why doesn’t a regular wheelchair work in the backcountry?

It was pretty obvious that a regular wheelchair was not gonna work. The small tires were really difficult to push on any kind of soft or rough ground. They’re not conditioned to somebody pushing or pulling. There’s limited push handles and no real place to help somebody pull. We had to create our own system.

What were some existing options of sturdier chairs before AdvenChair?

There’s basically two different options on the market: heavier chairs that are made for people who can push themselves, with good arm strength. But they’re limited once that person needs help because there’s no real push handles. They have limited versatility.

On the other scale are a couple of one-wheeled things that are really good for single-track trails. But they’re very limited in that once you get to where you’re going, the person would still have to have a wheelchair to be out and mobile. So we’ve kind of combined the two. Our chair can go on rough trails, with good stability, but back in a parking lot or campsite the front wheel comes off and it works as a standard wheelchair. It can easily be folded up to fit into a car.

How did the engineering process happen?

It started out with my initial wheelchair, a nice frame with mountain bike tires. But it was very difficult for me to push. We first tinkered with putting mountain bike handlebars on–for the pusher–that were higher up and more efficient for pushing. We also found some mountain bike disc brakes made for wheelchairs. That worked out but it was kind of awkward. Our question at that point was: do we start from scratch?

We took that particular model into the Grand Canyon and broke an axle. So we knew that wasn’t gonna be the answer. Part of the problem was we didn’t have good points for people to lift and pull. That was really an important event for us, to cause us to really rethink the design. I had my epiphany, though, when I was skiing in a biski. I realized that the seat on the biski was really supportive. That gave me the basis of our new design, to use a biski seat on this new double frame.

Where did you test the prototypes?

Here in central Oregon we have a number of very rough or challenging trails. We put this chair through the tests. We beat it up and bent it a few times. We made some more changes. The front wheel, for instance, we tried to make as light as possible. Sure enough we bent that. We replaced it with something heavier. I’m pretty happy with where we are.

What is the experience like of using the chair outdoors?

It makes it so much easier to roll over rocks and go down hills. It’s really exciting to be out, knowing that I can do it. It’s something like mountaineering or rafting, where it takes a team of people working together to solve problems and make it through the obstacles. I’ve worked with a group of people who’ve been through this whole process these last couple of years. They got me through the original stage. They were there when we broke down in the Grand Canyon.

What sorts of reactions are you hearing from potential users?

It’s been amazing. That NPR story brought out a lot of people who thanked and encouraged me. Everything from family to kids with cerebral palsy who wanna be outside as a family to people whose parents have Parkinsons and want to revisit places they’ve been in the past. We’ve been able to give them hope that they can do that.

What are some future plans?

Those of us with various physical challenges need nature as much as anybody else, maybe even more, to regain our connection to the land.

We have one person set up to go on the Camino de Santiago in Spain using an AdvenChair. It’s a young man with myositis, a degenerative muscle disease. He’s with a group called I’ll Push You. That’s unfortunately been postponed until next year because of the COVID uncertainty. We’re also hoping to get it into outdoor schools here in Oregon. If all goes well, we’d like to go back to the Grand Canyon.

This is all about getting people out into nature. Those of us with various physical challenges need nature as much as anybody else, maybe even more, to regain our connection to the land. I think that the AdvenChair will help people do that. That’s what I’ve heard from so many people. 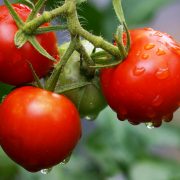 How Gardening Healed My Mother After Her Stroke
Ambra Sancin
Ask Ada: How Do I Help A Friend Grieve A COVID-19 Death?

From Cancer to COVID
Don’t miss one more amazing story.
Every week, we’ll send a few of our favorite stories to inspire you.
Send this to a friend
Scroll to top