The Confetti was designed not only to be accessible, but to answer the question: why shouldn't a prosthetic leg cover be cooler than a regular leg?
amputationamputeeamputees 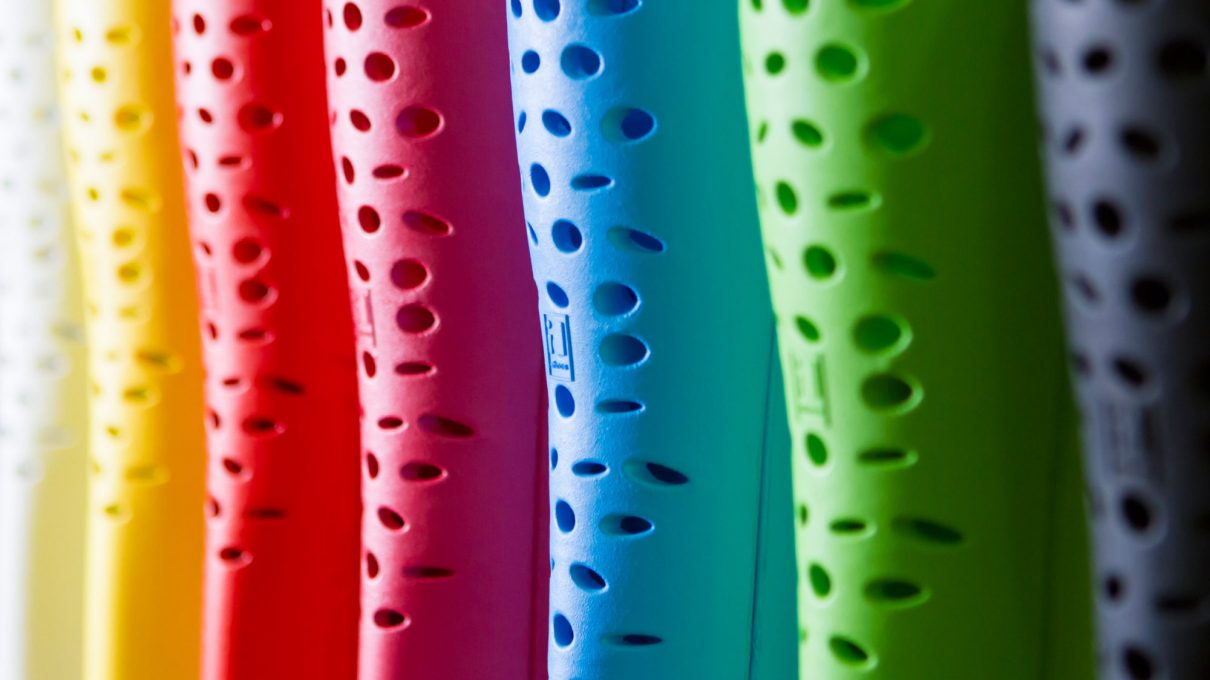 Prosthetic leg covers usually try to look like real legs. Flesh tone and shaped like a human leg, some even have a fake sock attached, or some other quotidian detail meant to imitate life. The result can be a bit uncanny. They rarely trick the eye on a second glance, and probably cause more staring, not less.

So the makers of the Confetti went the opposite direction. They designed a prosthetic leg cover that comes in bright colors–even glitter. It looks nothing like a leg, but why should it? If fake leg covers implicitly say that amputees should want a real leg, the Confetti’s message is: you can be proud that you don’t.

When the leading Brazilian prosthetics company, Ethnos, hired FURF Design Studio (Mauricio Noronha and Rodrigo Brenner, who were both 25 at the time) to design a new 3D-printed version of their product, they’d originally wanted to jump on the custom, 3D-printed bandwagon. Instead, with the help of the very young designers, they ended up innovating in the other direction and with the release of the Confetti in 2017, disrupting the entire industry.

If fake leg covers implicitly say that amputees should want a real leg, the Confetti’s message is: you can be proud that you don’t.

The Confetti was not the first cover to call off the leg look in favor of a unique design. But it is the first ever unique and affordable cover, and the first mass-produced cover. No two amputees are alike, which means that every cover needs a certain degree of customization, adding to expense. FURF solved for this by making the Confetti easy for amputees to customize themselves. About 70% of amputees can use it and the next iteration of the product which is underway will hopefully accommodate 90% of amputees. The mass produced product costs 1/10th of the price of a 3D-printed custom cover and less than half the price of standard covers. Made of injected polyurethane, it’s also lighter and more durable.

The Confetti is the only product to ever win all three of the most important product design awards: the Red Lion, the iF Design Award, and the Cannes Lion. Folks sat caught up with Mauricio and Rodrigo to talk about their design process and what they learned along the way. 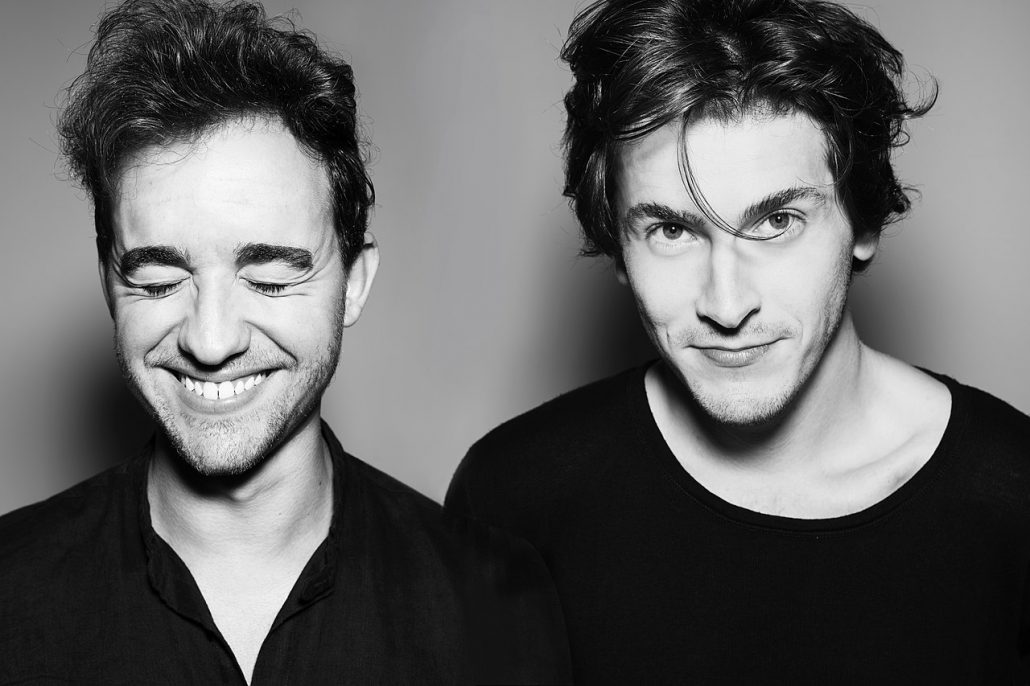 Mauricio Noronha and Rodrigo Brenner of the FURF Design Studio.

What did you learn in the design process that lead to your decision to ditch the fake leg look?

Mauricio: During our research process, we wanted to get as close as possible to the reality of amputees. So we interviewed and spent time with as many as we could. Usually, when they lose their leg, they get a prosthetic that’s a metal tube, and a cover that looks like a leg. A lot of amputees said that the fact that covers try to look like a leg is just too weird. Even with amazingly realistic ones, they said that looking down and seeing a leg that is not actually your leg gave them a strange feeling. They said they didn’t recognize themselves in the mirror. So we went with the extreme opposite. We wanted to do a leg that would be even cooler than a regular leg.

We wanted to do a leg that would be even cooler than a regular leg.

Rodrigo: A century ago, glasses weren’t cool either. They were seen as a handicap. Now, even people that don’t need them want to wear glasses for style. We wanted the Confetti to be another accessory that people can use to express their identities. So depending on the person’s mood, they can customize it with different colors. An athlete representing Brazil in the Olympics wore his half green and half yellow. Another day we were with a girl who was wearing a pink confetti and when we went to a bar at night, she had changed to black and put some flowers in the holes. The holes are there to make it lighter but also more customizable. 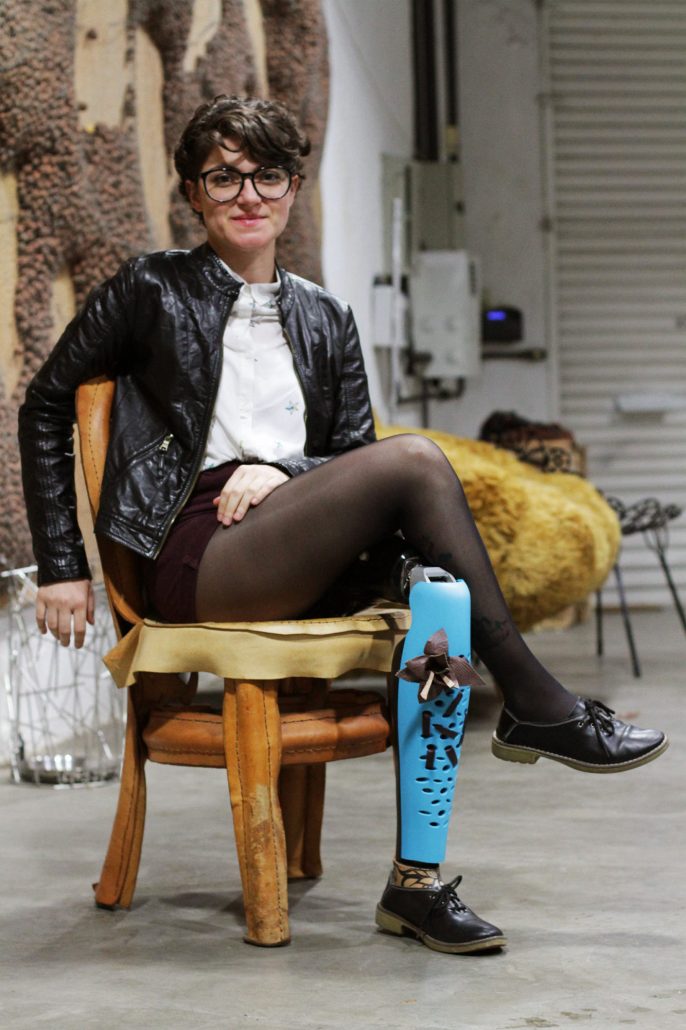 The Confetti leg cover fits 70% of all prosthetics, and looks cool doing it.

What went into the decision to ditch the 3D-printed idea in favor of mass production?

Mauricio: When we design something, we like to think about what we are bringing into the world: not just the project itself, but how it’s going to make people feel. In the end, the feeling we wanted to give amputees was self-esteem. Self-esteem isn’t something that people should have to buy. Most of the people we interviewed and spent time with were in the favelas (Brazilian shanty towns – ed.) They were poor people. We learned in our research that the countries that have the most amputees are Brazil, India, and China. So we knew we wanted to make it affordable.

Rodrigo: The 3D printed covers came out a few years ago and yeah, they look really cool, but they’re really expensive! They cost around $4,000 Reals. That’s because it’s a tailor made process. If you had to get all of your clothes tailored, they’d probably look great on you but they’d be really expensive too. We realized that if we made the 3D-printed cover we’d been hired to make, most of the amputees we interviewed would never be able to buy it. That wouldn’t have been fair. So we wanted to make the medium sized T-shirt of prosthetic leg covers. We wanted it to be as one-size-fits-all as possible and also mass produced so it could be cheap.

We wanted to make the medium sized T-shirt of prosthetic leg covers.

To be able to do both, people were going to have to be able to customize it themselves. The way it works is that you cut the bottom tabs to make it the right length for your leg. It fits above- and below-the-knee amputations. You snap the front and back together with magnets. There are no screws so it’s totally waterproof. It was really complicated to create such a simple shape. 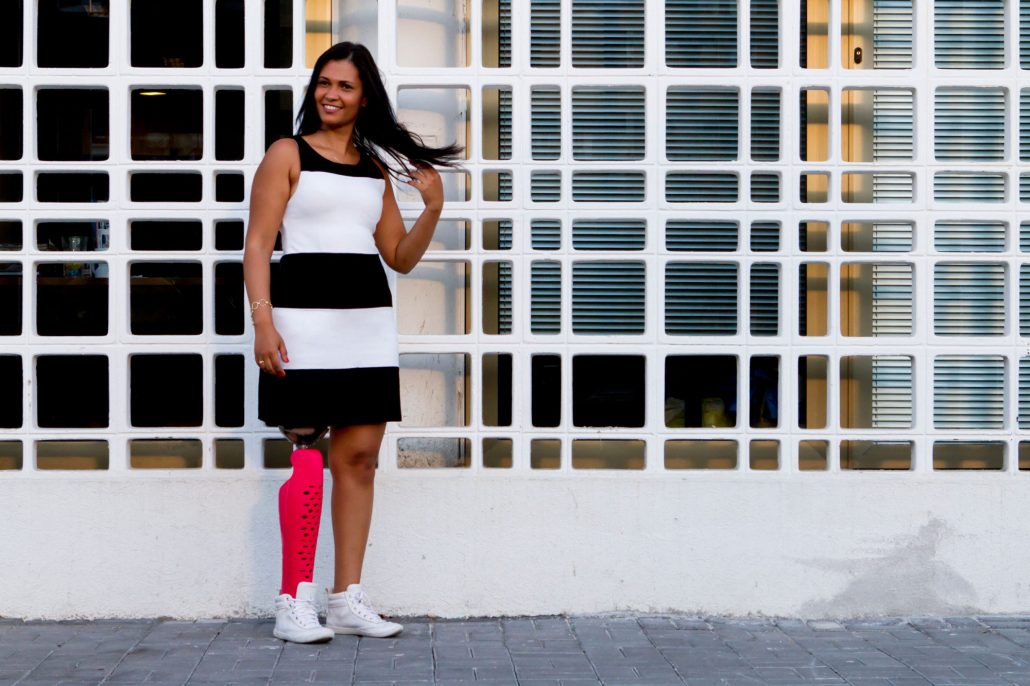 V2 of the Confetti aims to up compatibility to 90% of all leg amputees.

Besides all the awards from the design industry, what has the reception been like to the product? What’s going to happen with covers now?

Mauricio: People also told us that every day, even when they were feeling OK with their condition and good about themselves, somebody, maybe a kid, would point a finger, or stare, or ask what happened. Society’s lack of common sense would force them to relive their situation and bring them down. Many said they tried to hide their legs. But after they started using the Confetti, amputees told us that people still approached them but with a different vibe, more like, “wow, that’s a really cool leg!” They stopped hiding their legs by wearing pants all the time. One guy said he started wearing shorts again after 10 years. Other people said they started going back to the beach. That made us so happy. They are little things but they are important!

Rodrigo: Also, the foam, fake leg covers that were provided by the Brazilian public health system cost a thousand reals (around $265 USD – ed.) Since ours only costs 400, it’s now in the health system. People can choose which they want, and they get ours for free. That happened last year. Now we’re selling in fifteen other countries too.

Are you going to design more for products for people with disabilities?

Mauricio: This was our first health industry product. We used to design mostly furniture and some crazy things that don’t have names but now we’re designing more for the health industry.

All of the medical things that surround you just look…medical. They don’t look like they’re trying to make you feel better at all. That’s what we want to do.

Rodrigo: There’s a lot of opportunity because when someone is sick or has a disability, all of the medical things that surround you just look…medical. They don’t look like they’re trying to make you feel better at all. That’s what we want to do. We want to make it cool!

Mauricio: And we want to add a touch of poetry! The symbolism of the name is that confetti is light, colorful, and democratic; everyone uses it and they use it in moments of joy. We really don’t think the world needs another chair but it does cry out for more self esteem, more poetry, and more love. That’s what we hope to do with our products. 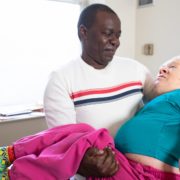 How Imaginary Light Soothes My Chronic Pain
Don’t miss one more amazing story.
Every week, we’ll send a few of our favorite stories to inspire you.
Send this to a friend
Scroll to top