When Henry Jensen was diagnosed with type 1 diabetes, it opened up a whole new world of friendship.
best ofdiabetesType 1 Diabetes 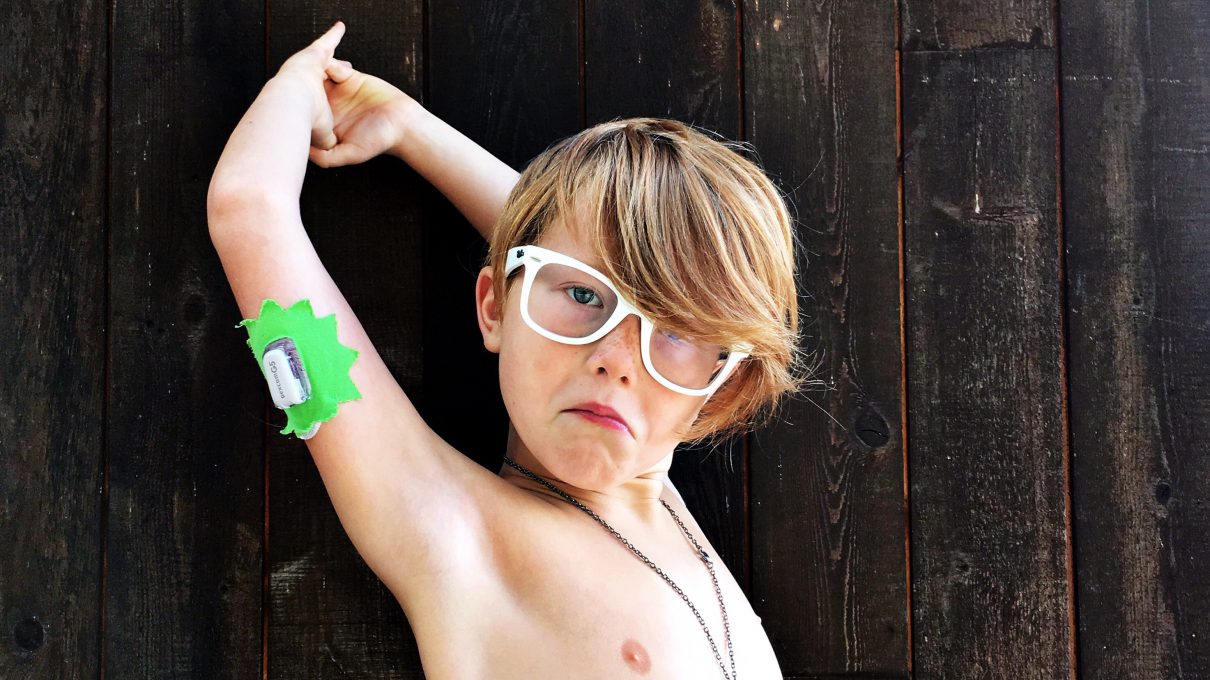 Jensens have a hard time connecting to people. I talk to my dad maybe twice a year, and it’s not because I don’t love him. We just don’t talk. We’re taciturn Norwegians who float on our own lonely river until the ice swallows us.

My son Henry’s like that. He has a hard time looking people in the eye. Conversations with him are either clipped and abrupt or derail into animal facts or Batman trivia. My wife and I joke that he’s probably about 1% autistic. It’s like a party garnish.

Henry was diagnosed with type 1 diabetes at the age of five. After three nights of constant pissing and a first-time-ever request to stay home from school, we took him to a nurse practitioner who was also a family friend.

It didn’t take long before we were off to the hospital where our new world was mapped out for us, one insulin shot at a time.

Type 1 diabetes is isolating. It makes the simplest things hard. When Henry eats lunch at school, he can’t just sit down with his friends. He needs to go wash his hands, prick his finger, test his blood, and give himself the appropriate amount of insulin. By the time he’s done, most of his friends–the ravenous, peanut-butter crusted wolves that they are –have choked down their lunch and are off to the playground.

When it’s somebody’s birthday, he can’t just eat the Funfetti cupcake. He needs to know how many carbs it is. A second slice of pizza? Hold on, more insulin. Blood sugar drops during phys ed? He needs to sit out for a bit and eat some Smarties. Sorry, team.

So for a child –a Jensen–already somewhat at odds with the world to have an additional thing pushing them away is hard.

I’m not saying that his friends ostracize him for having diabetes. They don’t. They’re universally supportive and think he’s a pretty cool guy who draws a mighty fine Batman. It’s more that he’s constantly being silently reminded by his disease that he’s not like them, that he can’t live in the same unencumbered way. 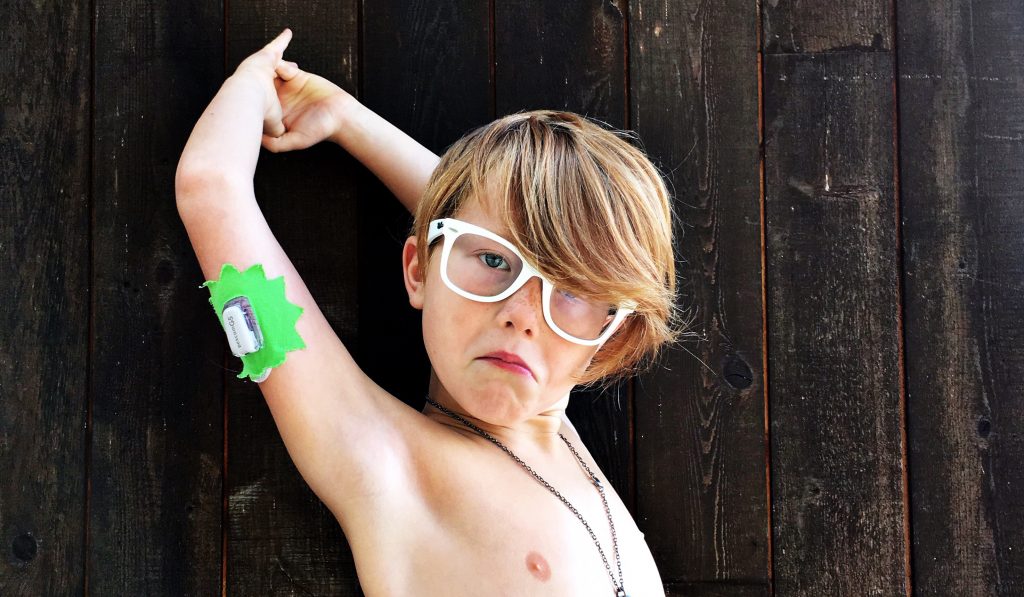 That sucks for anyone, but it sucks worse for a nine year old boy.

He was diagnosed in 2013. We slowly acclimated to the new reality of blood and math, of taking a day off school and a ferry and a two hour drive to see his endocrinologist every few months. Always knowing that because of where we live – a tiny island in a big ocean – that any mistakes, any emergencies, would mean Henry in a helicopter, airlifted to the big city hospital. But we didn’t make any mistakes. We didn’t have any emergencies. We learned, and we did our best. Time went by.

A friend of my wife’s called her in a panic. She knew a woman whose son Angus had just been diagnosed with type 1. They too were in a rural area, with no family history of the disease and no idea what to do. Their son was panicking every time a lancet or a needle came close to him.

Henry made him a little Instagram video. “Hi, Angus. My name is Henry.” He showed him how he tests his blood sugar, calmly and patiently. A drop of crimson blood welled up on his finger. “Now you do it.”

And then Buzzfeed wrote about it.

This was unexpected. We’d been using my wife’s Instagram as a way to share the videos, but we weren’t shooting for YouTube viral monetization of his childhood. We asked Henry if he was OK with other people seeing his videos.

They did. Other people started getting in touch, with newly diagnosed kids of their own. Henry made them videos. He demonstrated blood sugar checks. He told jokes. He did dances. And he told them that everything was going to be OK.

Happy. @kaiyanna we met Teal and Baby Kai. I “met” Kai’s mom via Instagram while I was at @seattlechildrens waiting with Henry for an endo appt. I clicked on the location tag and her sweet little faced popped up. She had been recently diagnosed with a very rare cancer. Her mother and I followed each other and just finally met today. In the car afterwards we talked about how we felt sad that Kai needed tubes but happy that Kai had such an amazing Mama. Love you @tealherself. #kaicanmovemountains @pharrell

There are perks! @sadiethenty His friends get jealous. And if they try and make fun of him, Henry will teach them a lesson. Most kids are pretty empathetic. #bloodsugarbromance #henryandangus #t1d #diabetes

Henry made videos for kids in New York, in Canada, in California. And eventually we started working with a nonprofit (beyondtype1.org) that let him make videos for everyone in the world. Nick Jonas (formerly of the Jonas Brothers) is on the board. He has type 1 diabetes, one of the most high-profile diabetics in the world. Nick played a charity basketball game at the Barclays Center in New York earlier in the year.

Sweaty, exhausted, the only person Nick wanted to see after the game was Henry.

Henry’s video played on the Jumbotron during the game. It’s played on the NASDAQ billboard in Times Square. Kids all over the world know who Henry is (and want to know where he gets his clothes).

Last year Carter Clark came to visit. She’s a young type 1 diabetic who travels the world–she was fresh back to the states from Panama. She regaled Henry with stories of hacking through jungles, surmounting peaks surrounded by monkeys. He gets a postcard from her every few months, from Iceland or New Orleans or somewhere else far-flung.

He’s visited people in the wild Canadian mountains and on the shores of Montauk. Eaten at high-end restaurants where the chefs come out and talk about his meal. Been backstage at concerts and filmed, running in the sand, for television commercials. 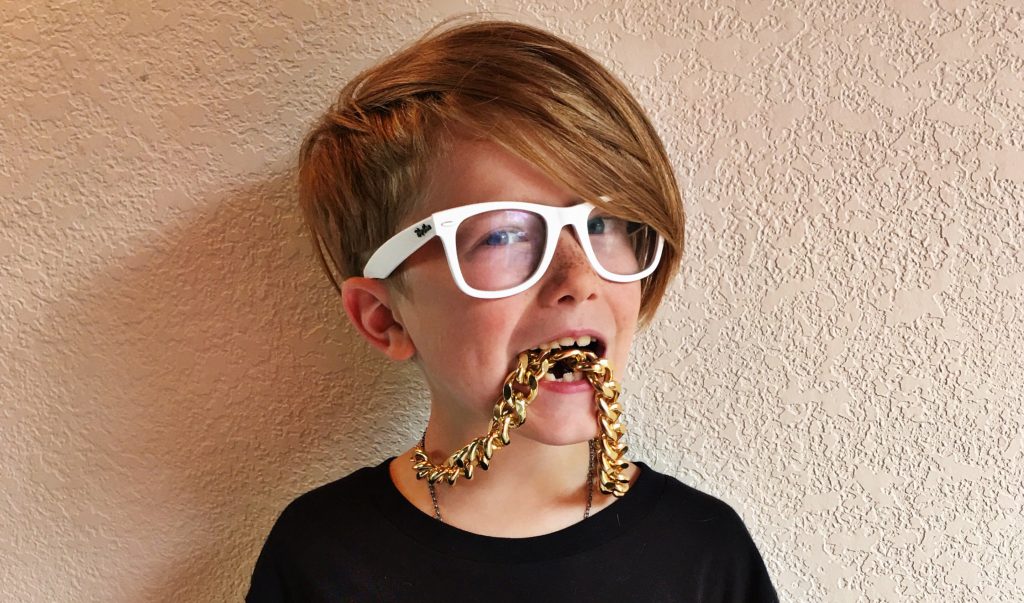 None of this would have happened without Henry’s type 1 diagnosis.

As I write this, Henry is on his way back from Vancouver. He just filmed a batch of little videos with Victor Garber from the CW’s Legends of Tomorrow, another type 1 diabetic. He plays the DC hero Firestorm (or at least half of him. It’s complicated. Wikipedia it). How cool is that for my boy to stand next to an actor who he’s seen as one of his superheroes on TV?

I’d do anything to take the burden of diabetes from my son. I pass out typing the word “needle” and close my eyes when I watch The Walking Dead but I’d gladly take his disease on myself. But seeing him like this, seeing him forming these connections with unlikely people all over the world, makes me think that maybe there’s something growing deeper inside him, pushing him outwards on his own terms.

I can’t wait to see where it takes him.

All photos by Sara Bee Jensen. 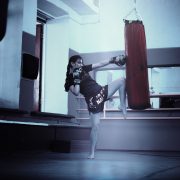 Don’t miss one more amazing story.
Every week, we’ll send a few of our favorite stories to inspire you.
Send this to a friend
Scroll to top