Donating A Kidney Only Made This Ultramarathoner Faster

Ultramarathon runner Tracey Hulick is here to tell you that everything you think you know about donating a kidney is wrong.
chronic kidney diseasekidney failureorgan donation 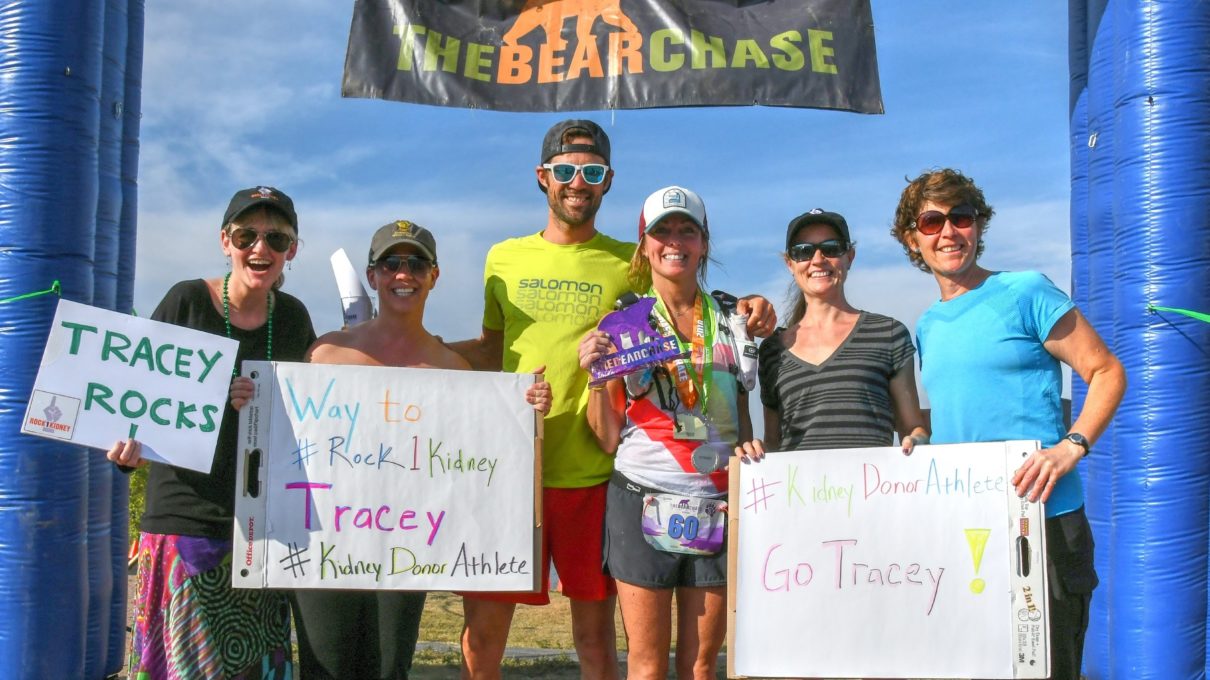 When Tracey Hulick wanted to donate a kidney to a stranger in 2017, she wondered if it would affect her ability to compete in ultramarathons. She searched the internet for examples of distance runners who were still competitive after donating a kidney, but didn’t find anything.

So she decided to listen to her gut and go for it.

“I thought, ‘I’ll just roll the dice and do it because it feels right,’” she said.

Her donation, which took place May 23, 2017 at UW Health University Hospital in Madison, Wisc., started a kidney donor chain (in which people who need a compatible kidney for a loved one—but who aren’t compatible themselves—“pay it forward” to other recipients in need) that saved four lives. The surgeon transplanted Hulick’s left kidney into a woman who celebrated her 53rd birthday the next day.

Since then, Hulick moved to Colorado and has competed in two ultramarathons, including September’s 100-km Bear Chase Trail Race in metro Denver. Over the course of 13 hours and four minutes, and just over 62 miles, the 41-year-old commercial bank manager drank water to keep her sole kidney well hydrated and grinned at friends who came to cheer her on – including nine fellow kidney donors.

“People don’t think you can be active after you donate,” she said. “But I have found there’s nothing I can’t do.”

“People don’t think you can be active after you donate,” she said. “But I have found there’s nothing I can’t do.”

So a year ago, Hulick launched a nonprofit called Kidney Donor Athletes that shares stories and advice from athletes who have donated a kidney to inspire others to do the same. It’s an important cause: the National Kidney Foundation estimates 13 Americans die every day while waiting for a kidney transplant.

Kidney donor athletes from 45 U.S. states and six countries have submitted their stories to the website, and many have met up for races and support one another on social media. Hulick is surprised by the response, and delighted that the athletes have formed a community that includes distance runners, Ironman triathletes, yoga practitioners and even an equestrian jumper.

“It’s been the most humbling, gratifying, incredible thing I’ve ever put my effort into,” she said. “It’s neat to see people be happy to be part of a community, so they don’t feel so lonely in the donation process.”

Hulick said when she was preparing to donate a kidney, she was surprised by how many negative responses she encountered. Not only did well-meaning friends think she wouldn’t be able to be a runner anymore, they incorrectly warned she wouldn’t be able to drink alcohol or eat salt after donating, and that she’d need to be on a special diet.

In fact, the only lifestyle restriction is not being able to take Ibuprofen after donating a kidney. Contact sports like tackle football are also discouraged, but that wasn’t an issue for Hulick.

Instead, she’s found that being a kidney donor has made her a stronger runner because she’s more attentive to her body. She used to take Ibuprofen regularly, but now whenever she feels a twinge, she can address the issue sooner and avoid serious injury.

“I used to get injured all the time before, I think because I was pushing through pain so much by masking it with Ibuprofen,” she said.

Hulick also doesn’t allow herself to get dehydrated as she used to. Her hydration pack has doubled since donating; she carries two liters of water in training and races.

“Donating a kidney made my running better because I hold myself to a higher standard of taking care of myself and listening to my body,” she said. “I think that’s why I keep getting faster.”

“Donating a kidney made my running better because I hold myself to a higher standard of taking care of myself and listening to my body.”

Still, Hulick had a lot to prove to herself and naysayers in her first race with one kidney, the 50-mile course of the Bear Chase Trail Race in September of 2018. Her initial goal was essentially to finish by running conservatively, but once the race started, she realized she could push herself beyond her expectations.

“The day unfolded like a dream,” she said. “I felt so good, my body felt great.”

She came in second for women and hit a personal record – she was faster with one kidney than two. It’s something she hears often from fellow kidney donor athletes.

“There are so many examples of people who are actually performing better, just like I am, post-donation,” she said. “Nothing is stopping them at all. If anything, they’re living more thriving and enriched lives because of the choice they made and how they value health even more now.”

Of course, there’s more than just a physical benefit from donating a kidney for Hulick: it’s rewarding to save a life. Hulick meets her recipient, a woman who dotes on her dogs and loves traveling with her husband, for lunch each year on their “kidneyversary.” This year as Hulick approached the table, someone from the group sprang to his feet, wrapped her in a hug and whispered, “Thank you for saving my best friend’s life.”

“I got goosebumps instantly,” she said. “That’s just not something that is normally said. It was really powerful.”

Being able to help people through kidney donation makes Hulick appreciate her body, instead of judging it or telling herself it’s “never good enough,” as many women can say to themselves. Now she considers herself more of a partner with her body.

“It’s really changed the way that I interact with myself, and it’s a lot healthier and more respectful because I can’t help but respect what my body did: being able to give up an organ, get me back to work in a month, let me run a 100K two-and-a-half years later,” she said. “And if I’m having a stressful time, it helps keep me in check. It gives me better perspective and I don’t get as wound up about things that in the big picture aren’t meaningful. So that feels good.” 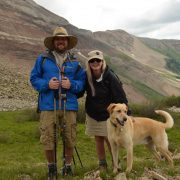 What Real Friendship Looks Like When You’re Chronically Ill
Don’t miss one more amazing story.
Every week, we’ll send a few of our favorite stories to inspire you.
Send this to a friend
Scroll to top