Don’t Ever Try To Face This Thing Alone

When Lillian Gentry was diagnosed with breast cancer, her faith shattered, and she fell into a deep despair—until a new friendship pulled her back from the brink.
breast cancer 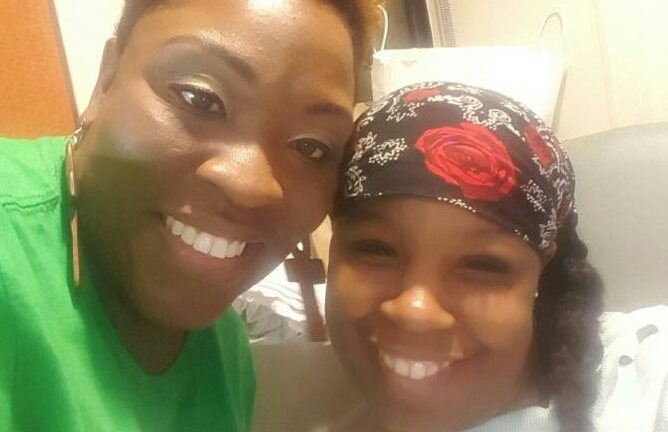 First alerted by shooting pains in a nipple, Lillian Gentry, who lives in Houston, was diagnosed with breast cancer two years ago. From that moment after, she felt like she was on a non-stop emotional roller coaster.

She was frozen by the news of cancer. Over eight months, she went through 17 rounds of chemotherapy, a double mastectomy and radiation treatments.

Gentry is a Christian, but admits she cried a lot as she worried how the diagnosis would affect her two 12-year-old sons.

“For the first time I questioned (God),” she says. “Why would you allow this to happen to my sons?”

But then she met La Shunda Bowie-Minix, and a new friendship–found in cancer–pulled her back from the brink. 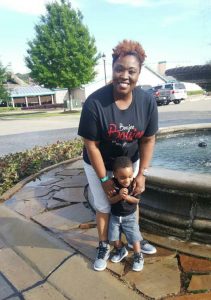 La Shunda and her son, Denim.

Bowie-Minix, 35, doesn’t look like she’s suffered much in her life. She doesn’t sound like it, either. She’s energetic and happy; vibrant, even. You feel it in her Southern greeting: “How you doin’? I’m blessed.” And you see the liveliness in the gold-tinged curls atop her head–a perfect contrast to her glowing, cocoa-brown skin.

That’s now. But in 2015, she’d lost all of those beautiful curls, passing in and out of a cancer ward for most of the year. To hear Bowie-Minix tell it, it was a test of faith, but she never wavered. In fact, amidst the taxing routine of cancer treatments and doctors’ appointments, she was in celebration mode.

She was getting ready to give birth to her first son. That alone was enough to fuel her will to survive. She learned of the cancer diagnosis–non-Hodgkin’s lymphoma–in her fourth month of pregnancy.

I embraced my cancer diagnosis. It made me a better person.

It was already a difficult time, thanks to swelling, high blood pressure, and unbearable morning sickness. Adding a potent cocktail of drugs to attack the tumor growing in her chest was risky. Doctors feared the worst, for both her and her baby.

The baby, which Bowie-Minix named Denim, is fine. He’s now a healthy and talkative 2-year-old with sweet doe eyes. “It didn’t touch him. It didn’t bother him,” Bowie-Minix says about the chemotherapy. “I look at it as a blessing, how powerful God is.”

But Bowie-Minix didn’t go unscathed. She’s now coping with a long list of health problems, including congestive heart failure. As a side-effect of the toxic medicines, she slowly lost heart function over the course of her treatments. Because of this, doctors needed to implant a defibrillator to make sure her heart can be shocked back into rhythm in the event it stops.

But Bowie-Minix stays focused on the positive. “We’re not going to have a pity party,” she says. “I embraced my cancer diagnosis. It made me a better person. It’s nothing to be ashamed of or to ask sympathy for.”

Gentry reached out to Bowie-Minix—who lives more than 200 miles away in Tyler, Texas—on Facebook after reading her story on the University of Texas MD Anderson Cancer Center’s website.

“You go through the stage that ‘I’m going to die,’ then acceptance, then you look for someone who can relate,” Gentry says.

Her friendship with Bowie-Minix gave the strength to go on.

“When I met La Shunda, she definitely inspired me to keep fighting and know that this isn’t the end. She had gone through a whole lot more than I had experienced. To see her living life so vibrant and so positive, that inspired me.”

Bowie-Minix got something out of it, too. It was through her interactions with Gentry that she realized what she wanted to do, besides be a mom: be a beacon of light for those struggling with the effects of cancer.

“I want to show people that cancer is not a death sentence,” she says.

Since finding meaning in their cancer friendship, both Bowie-Minix and Gentry have connected with other friends, family members and strangers who have reached out to them for guidance.

For Gentry, this has been an opportunity to promote the importance of sharing family medical history and preventive care, especially among young women.

“Sometimes you don’t have to say anything,” Gentry says. “Sometimes your life is an inspiration for people to have hope.” 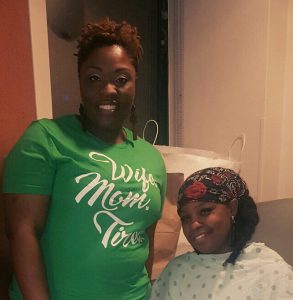 “Paying it forward” in friendship matters when you’re a cancer survivor. Ask La Shunda and Lillian.

Like Bowie-Minix, Gentry is not shying away from the ugliness of cancer–blackened nails, hair loss, and marred skin.

“You lose everything, but to see someone go through this and continue to smile, that was a enough for me,” she says. “It really didn’t matter what (La Shunda) said. Her lifestyle spoke for her.”

But there is beauty in it, too. She wants to do for others what Bowie-Minix did for her.

“You can go through the journey and not lose who you are,” Gentry says. “Cancer does take a lot from a person but you can still be the beautiful person that you are and you can thrive. Don’t stop at just surviving, but thrive. Leave a legacy.”

For Bowie-Minix, the road to wellness is as simple as adapting to detours because nothing in life is predictable.

“What I’ve learned from this journey is that you don’t have to have a diagnosis for your life to change in a split second, and then bam, something goes wrong. You can’t ever say you’re prepared.”

Don’t ever try to face this thing alone.

Today, Bowie-Minix is working on a book, which details her cancer journey while pregnant. She hopes it’ll be available as a resource at cancer centers to help patients as they wait during treatments. It’s also to give hope to those who consider rejecting treatment.

They are both underscoring the importance of recognizing the connection between mind, body and soul in addressing anything in life.  They believe support and resources are critical pieces to that.

“Don’t ever try to face this thing alone,” Gentry says. “I’m still a very independent woman, but I learned through this journey, some things you just can’t go through alone.” 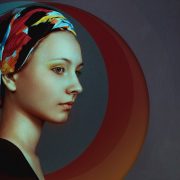 Cancer Was My Crucible, And It Made Me More Compassionate
Nancy Brier
Humanizing The White Coat

Reclaiming A Disability Slur Through Dance
Don’t miss one more amazing story.
Every week, we’ll send a few of our favorite stories to inspire you.
Send this to a friend
Scroll to top