For breast cancer survivors around the world, dragon boating is more than a sport. It's a floating support group.
breast cancer 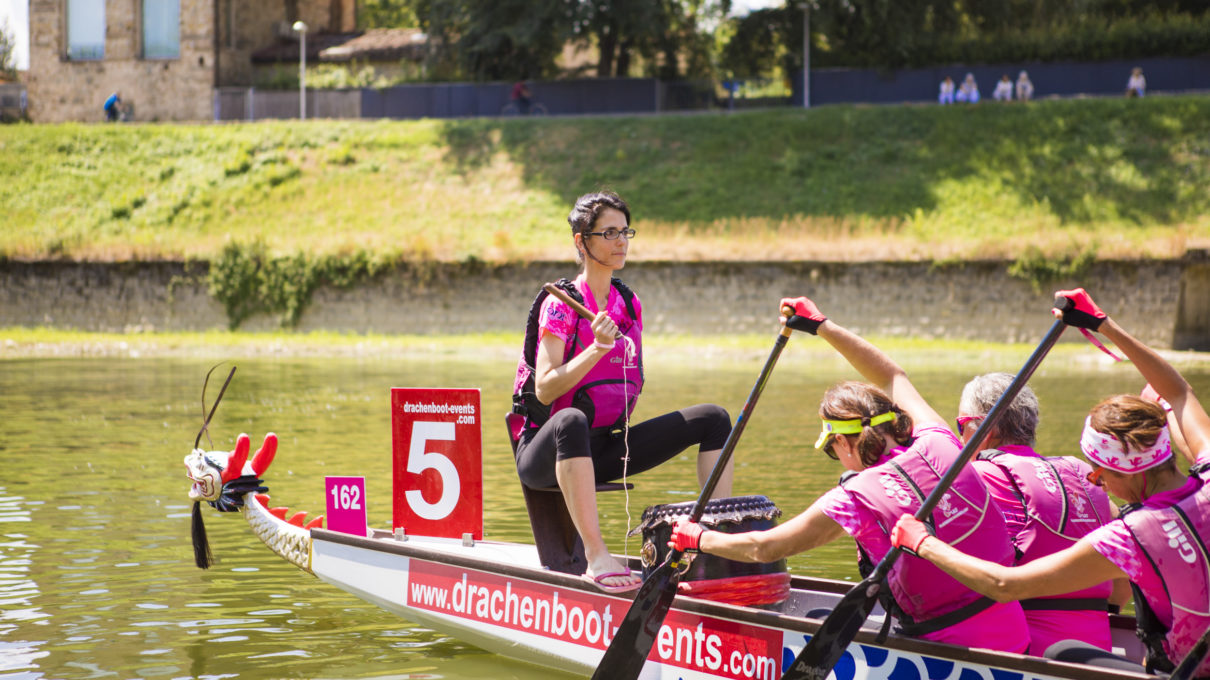 It’s early morning in Beijing, and east of downtown nearly two dozen women in bright red T-shirts—all breast cancer survivors—paddle hard down the Tongzhou Canal. They share stories of recovery, form friendships, and heal their bodies, minds, and hearts on the water.

For many of the women, talking about their cancer was taboo before they ventured onto the boat. In China, it’s not uncommon for women with cancer to hide their diagnosis—even from close family—out of a fear of being stigmatized. But that’s changing with help from an unconventional cancer support group for breast cancer survivors: dragon boating.

It’s a sport with its origins in China some 2,500 years ago, and in recent years, dragon boating has gone mainstream. Teams—both amateur and professional—made up of twenty paddlers, a steerer and a drummer commit to a challenging practice schedule and then compete around the world in races ranging from 500 to 2,000 meters. The Beijing team, Beijing Dragon Sisters, is one of 225 teams across 25 countries formed specifically to support breast cancer survivors and their families.

In China, it’s not uncommon for women with cancer to hide their diagnosis—even from close family—out of a fear of being stigmatized.

“I felt ashamed,” Xiong said. “I didn’t even tell my family.”

Her stage one breast cancer diagnosis came the day before her wedding and it was quickly followed by a lumpectomy on her left breast. After three months of radiation, she was exhausted and depressed and thirty pounds heavier. That’s when her oncologist suggested she join a local breast cancer support group. She was intrigued by a few members who were also a part of Ottawa’s dragon boat paddling team, Busting Out. So, Xiong bought a jersey and set off to join them on the Rideau River.

“I just loved it right away,” said Xiong, an insurance advisor who used to play basketball in the People’s Liberation Army in China. “When I’m on the boat, I feel a really positive energy. It’s all about teamwork. We all share the same goal, we want to live.”

“When I’m on the boat, I feel a really positive energy. It’s all about teamwork. We all share the same goal, we want to live.”

“These women are very, very proud of what they’re accomplishing,” she said, “and now, they’re getting support.”

Dragon boating helped Xiong heal as she bonded with other survivors. Her teammates also supported her when her doctor said he thought the cancer had spread to her lungs. Thankfully, it was a false alarm. Now, Xiong paddles and trains multiple time a week, and she’s thriving. “I’m in the best shape of my life,” she said.

Paddling Past the Ponto Vecchio

The first dragon boat team of breast cancer survivors came together in Canada in the mid 1990s after sports medicine doctor Don McKenzie set out to test the theory of whether upper body exercise was too strenuous for someone diagnosed with breast cancer. He pulled together a group of 20 survivors and found positive results for survivors’ health and well-being. Survivors formed the Abreast in a Boat team.

Teams fall under the International Breast Cancer Paddler’s Commission, which includes around 6,000 members from across the globe. Members can attend a spring training camp in Florida with workshops and instruction from world-renowned coaches. IBCPC also hosts an international competition every four years. In 2018, it was in Florence.

During the opening parade at the Florence competition, a sea of several thousand survivors dressed in pink marched from the Piazza Pitti through the city before snaking over the Ponte Vecchio bridge to the Arno River. More than 100 dragon boat teams raced along the river.

“It was an extraordinary moment of the celebration of life,” said IBCPC Vice President Lucia de Ranieri of Florence, a breast cancer survivor who organized the competition. “There was an amazing positive energy. It bore witness to the idea of rebirth after suffering.”

Dragon boating helped de Ranieri regain the use of her left arm after surgery following her own diagnosis. She was diagnosed with breast cancer in 2011 at age 33 after months of pain and swelling in her left breast. It was a Wednesday “that forever changed the story of my life,” she said. “A diagnosis of cancer falls on you like a boulder. I was in the phase of life in which I would have expected to get pregnant, not have cancer.”

She had a mastectomy fifteen days after she was diagnosed, and not long after, she linked up with her local dragon boating breast cancer team, Florence Dragon Lady – LILT. She took to it right away. “From the first time I paddled, I felt in love with the sport,” she said. “Breast cancer paddling strengthens your spirit.”

Now, de Ranieri practices once a week on the Arno River with her team, which is comprised mostly of retirees, and she’s also learned how to drum. “It’s the beating heart of the boat,” she said.

In the U.S., former health and physical educator teacher and coach Betty Solley had just lost her husband of thirty-four years to leukemia when she was diagnosed with breast cancer in 2003. Solley’s mother and grandmother both died from the disease.

Solley, now 75, had a lumpectomy and underwent radiation and chemotherapy. She heard about dragon boating at a conference for breast cancer survivors in her home state of Pennsylvania. She donned her wig and one fall day ventured down to the Schuylkill River to meet the members of the Against the Wind team. Now, she too has competed with survivors worldwide.

“We’re a floating support group,” she said. “The breast cancer is a part of who we are now, but we don’t focus on it, we just focus on what we can do.”

“The breast cancer is a part of who we are now, but we don’t focus on it, we just focus on what we can do.”

Her 44 team members range in age from their forties to 84. Solley also paddles competitively on a Philadelphia team unaffiliated with breast cancer survivors. “Your teammates become your friends, almost like your second family,” she said.

Against the Wind team members also volunteer together, at a food distribution center and the Ronald McDonald house. Recently, the team sponsored a middle school dragon boat league to help young people get into the sport. 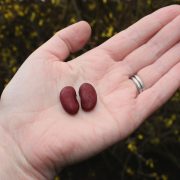 My Son Gave Me A Kidney. He Has Been Chronically Ill Ever Since.
Mary McLaurine
How Getting A Puppy Saved My Health

Our Shared Sickness
Don’t miss one more amazing story.
Every week, we’ll send a few of our favorite stories to inspire you.
Send this to a friend
Scroll to top