Born with a rare spinal disorder, artist Alyssa Andrews sends out custom Valentine's cards to strangers every year so that no one feels alone.
Myelomeningoceleparaplegia 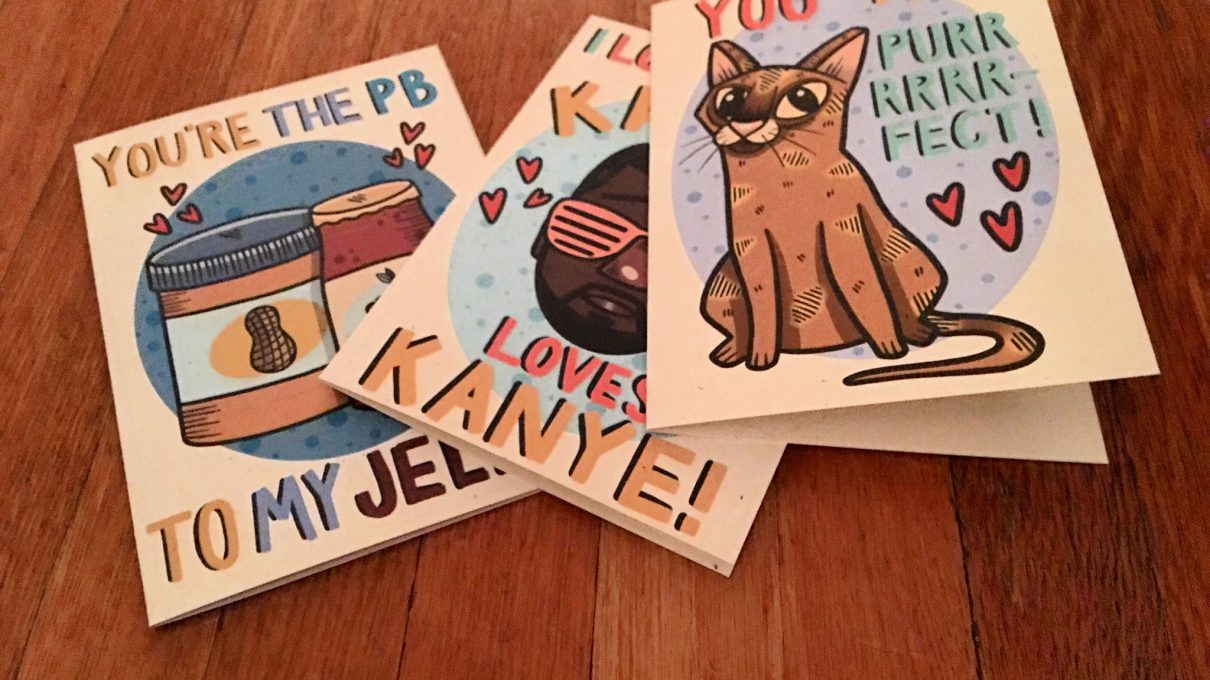 This year, Alyssa Andrews mailed over one hundred Valentine’s cards. Last year, she did the same. But as she explains to me in an interview, the 29-year-old illustrator based in New York City is not a Casanova, but an empath: She takes requests for custom cards, designs and creates them by hand, and mails them out to members of the queer community who need some cheering up over the holiday season, all free of charge.

While the holidays are touted as positive and fulfilling, for people who lack support systems or healthy personal relationships, they can feel overwhelming and isolating. As a queer woman who lives with a rare and chronic condition that impacts her ability to walk, Alyssa knows all too well the importance of human connection and kindness. 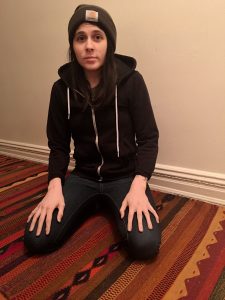 An illustrator by trade, Alyssa has used her art as a way to connect with others for years, including strangers. “When I first moved to the city,” she explains, “I was really horrified at the way the homeless were treated. I used to buy coffees on my lunch breaks, or on my way into work in the morning, and write notes on them, and hand them out to folks.”

When tragedy struck her own community, Alyssa was motivated to spread love in the way she could do it best: through her art. “The card project wasn’t a far leap from what I was already doing for strangers,” she says, “but last year around this time, we lost a really valuable woman in our community to suicide, and folks were reeling from that. I looked at the card project as an opportunity to remind members of the community that they’re loved and thought of even when times feel really hard.”

When Alyssa began her Valentine’s project in 2016, she posted her offer in online groups for the queer community. What started as twenty responses from those local to her tristate area quickly grew to over one hundred requests, including from around the globe.

Some of Andrews’ card designs.

This year, Alyssa has had a similarly big response, with a common thread between those all of those whom reached out: Most everyone wants to know how they, too, can give back to strangers in need.

“I receive so many responses asking what I want in return for them, or how folks can repay me,” she explains. “It both warms my heart, and kind of breaks it–that an act of kindness anymore is almost met with suspicion of some sort. When folks are really wanting to give something back I always just ask that they do something nice for someone else. It can be big or small, like buying a coffee for the person behind you in line, or leaving your own little love note for a stranger somewhere.”

It both warms my heart, and kind of breaks it–that an act of kindness anymore is almost met with suspicion of some sort.

“I think it’s really beautiful that people reach out about doing things as well,” she says. “If the goal is spreading love, it’s all the better when it extends well beyond what I’m doing.”

In terms of craft and production, the artist developed a system that worked within the confines of her apartment space: First, she spreads big sheets of bristol paper on the floor and puts a grid out for each card. Then, she uses Prismacolor markers to create each design by hand. Once the design is complete, she cuts the card, records it as a “complete” in her spreadsheet, and prepares it for the mail, which her partner helps her organize and send out. Organization, Alyssa notes, is key to keep the project from becoming overwhelming.

“Believe it or not, the process is a lot like being a kid and coloring on the floor when you parents are being boring adults,” she jokes.

Last year, Alyssa survived her 53rd surgery. Born with Myelomeningocele, a rare and complicated form of a neural tube defect, Alyssa’s identity as a marginalized person exists in multiple planes: She is a woman, she is queer, and she lives with a life-long disability. For this reason, she understands all too well how important it is to show care and kindness to those around her, from her partner, to her coworkers, to strangers on the street.

Like others with Myelomeningocele, Alyssa was born with a “tethered cord” in her spine, meaning that a mass formed in her spine as she was developing in the womb. Now, she lacks a complete spine and lives with a tumor that has grown and pinned her spinal cord beyond its typical position. At 18, complications caused incomplete paraplegia. A decade later, Alyssa can walk again, but she lacks feeling in her lower extremities and her blood circulation is poor.

“I currently am fortunate to walk,” she jokes, “but if I had to describe it, I just look like I’m two-stepping to Jay-Z at all times.”

I currently am fortunate to walk, but if I had to describe it, I just look like I’m two-stepping to Jay-Z at all times.”

For Alyssa, sending cards to her queer community over Valentine’s Day has a second layer of importance. “Even for folks with great support systems, Valentine’s Day is just such a heteronormative holiday,” she explains. “There’s not much visibility out there for queer people. With all the highlights on things like marriage equality and trans-visibility in the last few years, it’s often really disregarded how much mistreatment the LGBTQ community continues to face.”

Alyssa’s cards are not only custom drawn, but also include a personalized message. Some people request cards for themselves, in which case Alyssa writes them a note full of encouragement. But a surprising amount of people request cards on behalf of others, continuing the circle of kindness.

“This year, I was contacted by an individual who works with blind students,” Alyssa explains. “They were wondering if I’d make cards that they could then add braille to, which I thought was just awesome.”

Alyssa has no political agenda with her cards, but she does believe that marginalized communities need all the love and support they can get, given recent political movements. “I think that morale at the moment is pretty low in general, “she explains, “and there’s a lot of animosity and fear spreading all over the place. So if my cards do anything to kind of counter that, that’s certainly all the better.”

Alyssa’s medical history is a complicated one, but she refuses to let it define her. “There’s a lot of public misconceptions about my abilities; my intelligence; constant questioning of my body and what may have happened to it,” she shares. “I don’t often give the satisfaction of explaining myself to people, but I do strongly advocate against being used as anyone’s inspiration simply for being,” she explains.

I think no matter who you are or what you’re facing, it’s so easy to feel devalued or unseen in the world.

“I think that’s really harmful and disrespectful to disabled folks… At the end of my life, if I’m known for anything, I hope that it’s for the things I’ve done in my life, rather than the fact that I woke up every day in a body people look down upon. You know,” she jokes, “I put my pants on just like anybody else: only if I absolutely have to.”

At her core, Alyssa is all about the positive actions she puts into the world.

“I think no matter who you are or what you’re facing, it’s so easy to feel devalued or unseen in the world,” she explains. “If my little project catches on in a way that helps people to feel seen, and know their value, I’m extremely grateful.” 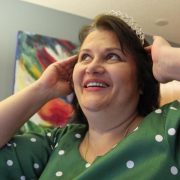 The First Blind Man to Kayak the Grand Canyon On Living With No Barriers
Don’t miss one more amazing story.
Every week, we’ll send a few of our favorite stories to inspire you.
Send this to a friend
Scroll to top