Falling Back In Love With Music After Deafness

40 years after sudden hearing loss seemingly ended my career as a pop music sensation, I finally learned to embrace my deafness, and become a musician again.
best ofdeafdeafness 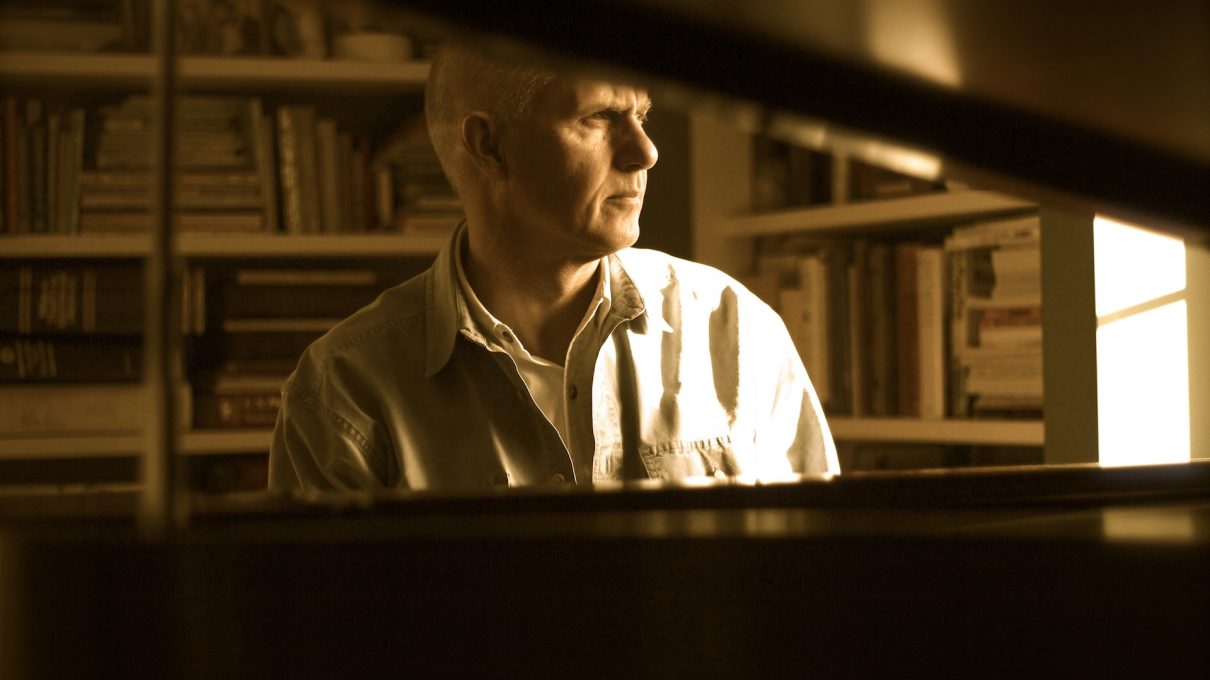 For years, I didn’t want to admit to being hard of hearing, let alone identify as being deaf. Music, as the experts now tell us, is essential to brain health. We’ve always known it filled the soul and senses, transporting us through all the years of our life, good years and bad.

But what if, after a life of composing, singing and playing music, you can no longer hear it or hear it clearly as you once did? What happens to the brain, to your heart and soul—and to you—without it?

At age 29 in my left ear, and then again at 31 in my right, I became deaf-with a small “d.” That little “d” also means “hard of hearing,” “hearing impaired,” “hearing challenged,” “adult onset deafened,” “adult late deafened,” and other sobriquets. I wear a hearing aid in one ear and have no hearing in the other.

Losing my hearing when I did was a stroke of unbelievable bad luck. It came in the middle of a highly successful and lucrative music career…

Losing my hearing when I did was a stroke of unbelievable bad luck. It came in the middle of a highly successful and lucrative music career that ended when deafness arrived. Starting in 1973 as a 24-year old, I recorded an album for a small record label (Evolution), watched as two songs made it to the Top 100 on the American pop charts, while unbeknownst to me at that time, another song became a #1 hit in Brazil. I was signed to CBS/Epic Records in 1976, and spent the next few years writing and singing national advertising jingles – including a parade theme for Disney called “I’m Walking Right Down the Middle of Main Street USA” which remains today, a Disney staple.

All that and what might have been came crashing down in 1981. Not only could I suddenly not hear as loudly as I once did, but what hearing I had left came with tonal distortion and the constant drone of low and high-pitched tinnitus.

Hello deafness, my new friend. So, what do I do now? I pondered. More importantly, who am I now? My whole identity–that of a socially gregarious man and a successful composer, singer, musician and recording artist—was wrapped up in my ability to hear, and now my hearing had been compromised. I had no idea what to do, no guides to assist me. But I knew I would have to try to adapt myself to this new life without music, and the identity music had given me.

Sudden deafness is tragic and soul-crushing. The inability to communicate “normally” changed my life from one of confident engagement to a life in the shadows. Deafness hindered my simplest interactions and made day-to-day life a maze of compounding difficulties. And it hampered my desire to communicate with others, especially when they were impatient or indifferent to what I was going through.

For years, I didn’t want to admit to being hard of hearing, let alone identify as being deaf.

For years, I didn’t want to admit to being hard of hearing, let alone identify as being deaf.  Often called the “invisible disability.” I was happy to keep it that way for as long as I could. I would only admit to being deaf when there was is a “failure to communicate” (often on my part) and I could keep it hidden no longer. I took pains to avoid being grouped with the really, really Deaf, with a capital “D.”   Surely, I was not one of them, and anyway, I didn’t need a support group.

But deafness changed who I was. More than just the hearing aid I wore, it changed the way I lived my life. I avoided loud places, turned down lots of invitations to do fun things, and isolated myself by avoiding people who didn’t know of my “affliction.” And when I did get together with people, I became loud and argumentative, talking over others because that way I didn’t have to listen.

As for music? I rarely ever listened to it anymore. I would sometimes sing, but I knew there was no connection between my singing and the correct pitch of a note or phrase. I was resigned to never being a musician again.

I was resigned to never being a musician again.

Yes, I had jobs, relationships, even married. Yet even within those circumstances my discomfort and awkwardness never really left me. Those feelings only really went away when I hid from others, or went on the road for my job, but being alone much of the time eventually brought me to isolation and despair.

Things did not really change until I decided to take a shot-in-the-dark stab at reclaiming my musical life.

It was a conspiracy of different events that inspired me to return to music. In 2008, a writer from the Midwest contacted me after finding my album in a remainders bin in a music store and asked me why I never did another. Intrigued, he did an interview with me and wrote a story for his music blog. That story unearthed fans of 30+ years from around the world that I never knew existed. I vowed then to at very least put my first album onto a CD, but I never believed that making music again was in the cards.

But in 2009, I got my first digital hearing aid which allowed me to hear a much broader range of tones and I realized that I might be able to hear what I needed to hear to get back to music making. In 2010, a fan of many years visited me with a wonderful story as to how he had grown up with my music as a lad in South Africa where his Dad ran radio stations. His encouragement played a significant part in moving me forward. Around the same time, my wife passed away at a young age and her death impressed upon me the need to pursue my passion without delay if I ever hoped to give music a try again.

Things did not really change until I decided to take a shot-in-the-dark stab at reclaiming my musical life.

Lots had changed since I had first become deaf. An auditory trainer brought me up to date on new brain research that indicated that even the small amount of residual hearing I had left might give me enough of a thread to improve my speech comprehension. That would not only help me with my isolation by allowing me to spend more time with others… it had the tantalizing possibility of improving my musical hearing through listening exercises.

Meanwhile, I discovered that hearing aid technology had expanded beyond speech, and now allowed me to hear musical tones I hadn’t heard for years. Galvanized, I worked with a vocal coach to recover my voice, and work breathing techniques and vocal stamina. Phonak, my hearing aid company, not only helped me to launch a Kickstarter campaign to return to music, but also enlisted me to write articles for their blog, Hearing Like Me, about my life with hearing loss. Over the next three years, I wrote more than 35 blog articles and responded to questions and comments not only about music and hearing loss, but also about how to negotiate a life with serious hearing challenges.

This was the “Aha” moment that I believe ultimately saved my life.  For most of my adult life, my hearing loss seemed like a meaningless personal tragedy. I was never able to compensate for it professionally, or to find peace with my new identity as a deaf person. But now that I was connecting to others about my experience through writing, I suddenly found myself coming to peace with who I now was, and the strength to start rebuilding my life in earnest. I now had an international audience of people like me who had endured many of the same things that I had and with whom I could communicate and perhaps even inspire. After years of trying to avoid fellow deaf people, I had finally managed to connect to them… and in so doing, found my place in the world again.

Eventually, I attended my first ever hearing loss community meeting and joined the Association of Adult Musicians with Hearing Loss (AAMHL). I was mortified to learn what I had been missing all these years: peers and new friends who coaxed me out of the shadows, and helped me see that there was more to life after hearing loss.

After years of trying to avoid fellow deaf people, I had finally managed to connect to them… and in so doing, found my place in the world again.

Moving beyond my own deafness reinforced my desire to return to music. While my audiogram has not changed in more than 40 years, I now see that it reveals more than just the defects in my hearing; it also allows me to see what hearing still remains, and target it with new compositions. After two years of training and endless practice, I have returned to performing live. These performances aren’t perfect, of course, but I simply call them “works in progress.” I have even gone back into the studio to record new music, and I’m now planning a busy year including a trip to Brazil to perform for fans who made one of my original compositions a #1 song there in 1974. 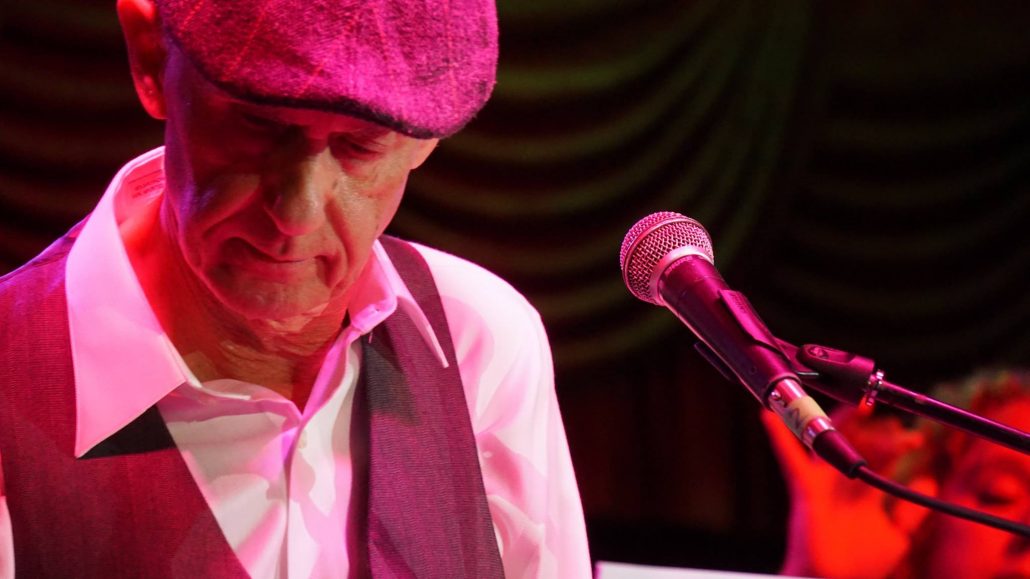 I could never have imagined that my hearing loss and the tragic narrative that grew out of it would become my redemption; that in rebuilding my connections to music and to my community of peers, I would rediscover joy and my sense of self. I may never regain my hearing, but by finally embracing my abilities in whatever forms they might take, I have finally found peace.

Beethoven is reputed to have said that “playing a wrong note is nothing – but playing without passion is unforgivable.” And famed trumpeter Miles Davis once said that “if you play a wrong note, continue – It’s the next note that counts.”

Whatever your challenges, find the notes to your own song and sing them with passion. They’re perfect just the way you make them. 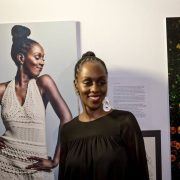 How A Trench Coat For Dogs Angrily Inspired A Fashion System For The Disabled
Brent Crane
Agent Lupus in the F.B.I.

Tying Together A Cancer Support Network In Rural America
Don’t miss one more amazing story.
Every week, we’ll send a few of our favorite stories to inspire you.
Send this to a friend
Scroll to top