Almost half of the 68% of patients who are cured of cancer are bankrupted by treatment costs. That's why Dr. Azra Raza says it's time for a revolution in how we think about treatment.
cancer 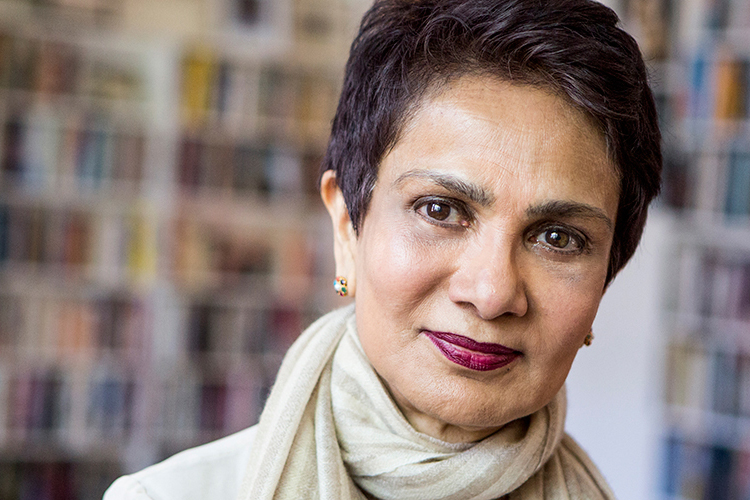 The field of oncology, asserts Columbia University oncologist Azra Raza, is infected with an “unshakeable hubris.” With so much time and resources funneled into curing cancer–that is, so much attention devoted to the cancer itself–the field has lost sight of the needs of something even more important: the patient. While researchers and institutions continue believing, as Raza puts it, that “we possess the power to untangle the intricacies of as complex a disease as cancer”, patients continue to suffer under the “ghastly” decades-old assortment of treatments on offer, chemotherapy and radiation.

In her new book, The First Cell: The Human Costs of Pursuing Cancer to the Last, Raza lays out her criticisms of the oncological field and how it might be able to better serve the needs of real, living patients. The central argument of the book, which profiles several of Raza’s patients, is that over-treatment is a defining problem in oncology today, that the hard truth of a terminal diagnosis is often cemented over with painful, costly therapies. “Why are we so afraid to tell the stories of the majority who die? Why keep promoting the positive anecdote? Why all this mollycoddling?” she asks.

Raza, who serves as the director of the Myelodysplastic Syndrome Center (MBS) at Columbia, spoke recently with Folks about her new book, the reception her argument has had in the field of oncology and why the best way to beat cancer is to find it earlier.

How did you get into oncology?

I grew up in Pakistan. Since I was very young I’ve been interested in science. Unfortunately in Pakistan we didn’t have the ability to do graduate studies in basic science. The only way I could get into studying biology, which I had become very interested in by the time I was 14, specifically abnormal biology, was to go into medicine. The problem that happened to me was that in med school, as soon as I did my clinical rotations, I knew there was no going back. My interest in cancer continued and when I came to the U.S., even before my residency, I started working at Roswell Park Cancer Institute and seeing patients, studying the disease and starting my lab projects. That was back in 1977.

What are you doing today in your work?

My idea has been to try and study pre-leukemia and try to prevent it from becoming acute leukemia. I have not looked back.

At Columbia I am a professor of medicine and head of the MBS center. My focus is translational research. I started by studying acute myeloid leukemia. By 1984 I realized that it’s too complicated a disease to be resolved in my lifetime and for me the best approach would be to somehow [find ways to] prevent it from becoming full blown and to catch it early. I started paying more attention to patients who were presenting pre-leukemic syndromes, where patients start having anemia, dropping their blood count. My idea has been to try and study pre-leukemia and try to prevent it from becoming acute leukemia. I have not looked back. I keep doing the same thing, following patients as they develop acute leukemia, trying to find how I can prevent this from reaching end-stage. I have a center for pre-leukemia, the MDS Center. I also have a cutting edge research lab here that is well funded. We look at basic scientific issues using the latest molecular-biological techniques, including CRISP, for example.

How did the book come about?

I have been saying the same thing for twenty years: in order for us to control cancer, we need to catch it early. Early detection and prevention have been my important messages. For decades I have been speaking about it. Everyone listens and agrees with me but then go home and keep doing the same thing. Nothing seems to be changing. On the other hand, it is becoming very obvious that we are not winning the war on cancer. I’m the one who is walking my patients to their deaths every week.

It is becoming very obvious that we are not winning the war on cancer. I’m the one who is walking my patients to their deaths every week.

The thing I find completely nerve shattering is that in 1977, when I started in oncology, I was treating acute myeloid leukemia with two drugs, popularly known as “seven” and “three”. Today in 2019 I’m still giving seven and three. It is shameful, an embarrassment. What are we doing wrong? Why aren’t we questioning all this? The origin story of the book is my whole life. I feel that was has brought me to write the book is I want to bring the patient back front and center into the public consciousness. It’s like everyone has become so obsessed with wanting to cure cancer that they have forgotten what we are even doing to the patient. They boast about curing 68% of the cancers that are diagnosed and we are boasting of 26% reduced mortality in the last fifty years from cancer. First of all, that reduction in mortality is only because of two things: anti-smoking campaigns and the screening measures that led to early detection.

We are curing 68% of patients today. Except for rare exceptions, what are we using to cure them? More than 90% of patients are cured by the same old poison burn: chemotherapy, radiation therapy and surgery. More and more chemotherapy all the time. What kind of nonsense is this? Why after fifty years are we using chemicals that were used in the Second World War to attack and kill others? This is what chemotherapy is all about. What have hundreds of billions of dollars done to improve the outcome? Nothing. The same old treatments are being used.

Do you not believe then that cancer can eventually be cured?

What have hundreds of billions of dollars done to improve the outcome? Nothing. The same old treatments are being used.

I believe it’s curable by prevention and that’s the best way to cure it. The 32% of people who are not being cured right now, their outcome for survival is no different than it was fifty years ago. My point is, if you look at one hundred cancer patients you are giving yourself gold medals for curing 68 but with the same draconian measures, which are so toxic. And all of these new fancy drugs coming out cost a hundred thousand dollars a year. Forty-two percent of cancer patients in America become completely financially ruined by two-plus years of diagnosis and how many are being cured? It is unconscionable, it is financially unsupportable, it is physically horrible for the patients.

In your book, how did you choose which patients to profile?

I have written about these patients in smaller ways already in the past. When Homer died I wrote an obituary immediately because I was so moved by a young man dying such a horrible death. Harvey is my late husband. Also, these patients represented a spectrum, boys and girls, men and women, old and young, white and black, Jewish and Christian.

What has been the typical reaction to your argument?

Nothing negative. Everyone agrees this is the best thing to do. Early detection–who’s going to argue with me about that? All I’m saying is, keep doing what you’re doing but at least pay a little more attention to early detection. We keep talking about immunotherapy. My colleague Siddhartha Mukherjee just wrote a beautiful piece about CAR-T and immunotherapy in the New Yorker. There are 1.7 million patients diagnosed with cancer in one year, immunotherapy is available for 7,000 patients at best. A good percentage will relapse anyway and die. This is the kind of crazy obsession we have developed. My concern is not that we’re not finding the solution but that we’re not even looking at the problem in all its clarity. We have forgotten all about the patient.

We proclaim success from rooftops if twenty to thirty percent of patients survive for a few months on a drug. It makes billions of dollars for the makers of the drugs. But what about the seventy to eighty percent who are financially ruined, physically damaged because of the drug and who gained no benefit at all? Nobody’s thinking about them. It is obscene. 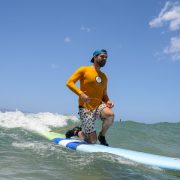 How To Reframe Your Life Goals After Illness
Mark Schoneveld
Call Me A Biohacker, Not A Sick Girl

The MasterChef Who Cooks With Four Senses, Not Five
Don’t miss one more amazing story.
Every week, we’ll send a few of our favorite stories to inspire you.
Send this to a friend
Scroll to top