From Colorado With Love

After chemo, Rebecca Thomas thought she had met the perfect man. But cancer had profoundly changed what she needed from love.
breast cancer 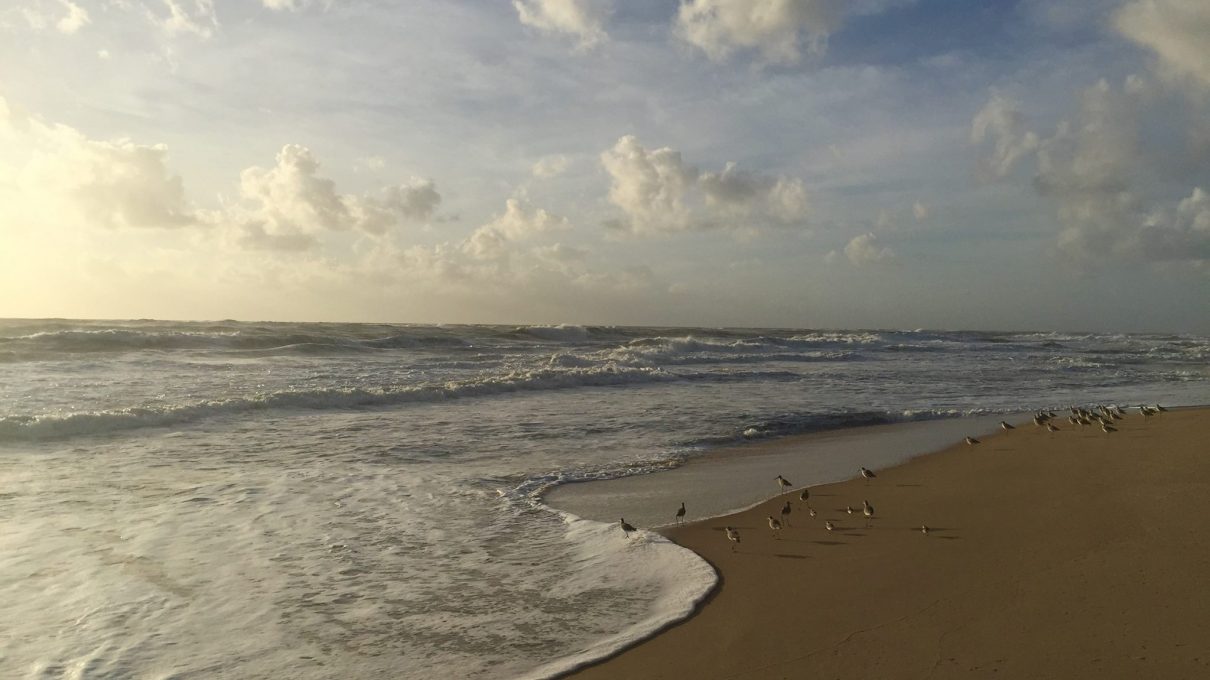 Diagnosis plucked me from dating life in one efficient swoop. One moment, I had been a single, fit, forty-something woman; the next, bald and undateable.

But after a grueling slog of surgeries, chemo, and radiation, I was ready to rejoin the desirable. Each day I assessed myself in the mirror until I transitioned from cancer patient to chic, short-haired woman. The moment my hair was a believable pixie cut, I put myself on Tinder.

I liked the simplicity of Tinder. Yes, no. No, no, no. I even let friends swipe for me at a party. Everyone erupted in cheers when we got a match.

His profile showed off a broad smile and multiple action shots. A yoga pose on a mountain top provided the perfect excuse to invite him to join my sunset practice. He was in Richmond on business, scheduled to return to Colorado within a week.

One evening turned into five. We walked all over the city and traded stories. On the top of my mind was the experience of being in treatment. He asked what chemotherapy was like. I wasn’t sure how to answer so I asked a cancer friend how she would describe it. “It feels like you are crumpling in on yourself.”

That sounded right. It was a relief to be able to speak openly about the disease that was still a shock to me.

It was a relief to be able to speak openly about the disease that was still a shock to me.

The day I signed my chemotherapy waiver, I was crying so hard the nurse ushered me into a private room until I calmed down. The list of potential side effects was four pages long, front and back. A third of that list came to pass. My private horror show. Even my family squirmed at the details.

I had opted for a lumpectomy and radiation instead of a mastectomy, so they were still intact. Even so, I was worried about presenting this post-treatment body. Before we were intimate, I told him the body I had been so proud of now had multiple scars from surgeries. The scar from my port was raised and angry, almost cartoonish with jagged edges. It still hurt to the touch.

He stopped as we walked to tell me it wouldn’t bother him if I had had the whole breast removed.

“Without reconstruction?” I clarified.

I was stunned. It never occurred to me a man might want me without my breasts.

Time together felt graceful. Our quirks didn’t irritate or put each other off. One evening we walked to three different restaurants, and then came back to the original one in an effort to make sure our meal conformed to his dietary ethics. He apologized, but I didn’t mind. It amused me that for once I wasn’t the fussy one.

Much to our mutual surprise, we slept well together: the pinnacle of middle aged compatibility. Up to this point, I was practically evangelical about sleeping apart from my partners. Snoring, different schedules and the firm belief that cuddling and sleeping were separate activities had me singing the praises of everyone returning to their own beds. I was secretly relieved to be wrong.

It never occurred to me a man might want me without my breasts.

During the first few months of treatment, I ached to have a partner who could rub my back at night. To fall asleep,  I would place a pillow behind me and close my eyes. The available support didn’t include tucking me in at night or I didn’t know how to ask. Facing my empty bed at the end of each day did nothing to soothe my anguish. My Colorado friend happily held me, rubbed my back and reached for me in the middle of the night.

After one visit, I texted: “The bed was lonely without my sleeping companion.”

A month later he invited me to join him for his annual kite surfing trip in the Outer Banks, NC. I pretended to think about it, then jumped at the chance. We drove in the direction of an oncoming hurricane and found a deserted resort. The hotel looked like it was one season away from being swallowed by the ocean, our balcony listing into the surf. The room was moderately appointed with an uncomfortable bed and a carpet filled with sand. I felt lucky to be there with him.

During the day, we roamed the empty beach, soaking up brief bits of sunshine. In the evening, we silently held each other while watching the roiling ocean, sometimes pausing to look at the stars. One night, he stood naked in the doorway, facing the wind and lit by the moon. I watched from the bed until he reached for me to join him. For the first time in my adult life, I heard music when I looked at a man. I scolded myself for such foolishness, but happily took his hand.

For the first time in my adult life, I heard music when I looked at a man.

On the third day,  he set out on a tiny surfboard and a giant kite. At age fifty-two, he handled the sport like a natural, delighting me with jumps and flips. I felt like a highschool girl watching her boyfriend on the sidelines. It seemed particularly delicious that I got this treat for the first time in my forties.

That night, we sat quietly parked in a flooded lot, watching the rain against the glow of a lighthouse. The sounds of the water and frogs amplified our silent intimacy.

At his suggestion, we capped off our blissful five days by eking out a few more minutes sitting side by side in a restaurant booth. We held hands and chatted. I felt peaceful, even with our imminent parting.

With a brief hug and a kiss, he returned home to Colorado, I to Virginia, and radio silence. Our connection hung in the air without acknowledgement or nurture. The message was clear: I wasn’t invited into his life.

The distance and his natural reserve made it impossible for me to understand what this romance was. I intended to give the relationship the space to grow. Instead, there were intense visits followed by no accountability.

The ambiguity of our arrangement made my heart ache. I wanted to be the kind of woman who barely noticed his withdrawal because my life was filled to the brim. Instead, I writhed around each time contact began trailing off. Despite wanting to be patient with him, I was unable to get comfortable with the periods of silence.

The message was clear: I wasn’t invited into his life.

Out of the blue, he texted he could make time to stay a few days. I agreed to a fifth visit, setting my concerns aside. In person our connection deepened, slipping back into the ease from our trip. We made the most of two nights and one long Sunday. I reveled in the simple joy of seeing his face across the pillow or holding hands as we drifted off to sleep. We strolled, ate pizza, explored a video store marveling that such a thing still existed. The activity didn’t matter, time together was the real pleasure.

Monday morning, he departed with an affectionate embrace. There were dribs and drabs of communication, and then back to silence.

When we were together, I liked to comment on his adventures by telling him he was his own man. I meant it in other ways as well. I knew that someone who loved him had to either accept setting out on his course, or stay put until he returned. I had a lifetime of practice at accepting less on the grounds that something was better than nothing. Still, it took every ounce of my personal conviction to part ways. When I finally heard from him again, I explained why I couldn’t keep going and he ever so gently set me down. 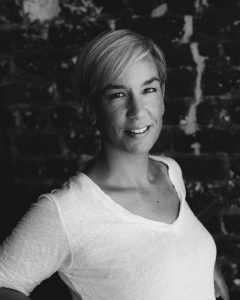 Recurrence looms large at the conclusion of treatment. The patient is tossed back into their lives, everyone crossing their fingers. Every ache and pain results in a searing fear. At the onset of treatment, a few of my doctors gave me their personal cell phone numbers. The one and only time I called was a Sunday a few short months after the last of my treatments. I had a persistent pain in my side and was certain it meant something more ominous. I sat paralyzed on my couch for hours until the fear subsided. It turned out to be a muscle strain.

Before diagnosis, I held the illusion of life stretching before me. It was just a matter of time before love came my way. The reality was more sobering. As we parted, he wrote: “You are an amazing woman with a beautiful journey ahead”. A breezy sentiment from someone who still believed there was plenty of time for life to unfold.

Diagnosis brings hardship, but also clarity. After getting final confirmation that this lump was in fact, cancer, I went home and laid down on my floor. There was shock, of course. Other thoughts bubbled up to the surface. I wanted a partner for my life, a love of my own. Maybe cancer was about to remove that possibility for me? I felt the loss acutely.

No matter how I felt about this man, cancer had made it impossible to accept a casual arrangement. I couldn’t make him love me, or want our thing to proceed.  Now that I am through treatment I haven’t forgotten how it felt to have all else but my own truth stripped away. It isn’t enough to have a worthy candidate, I need an open heart too. 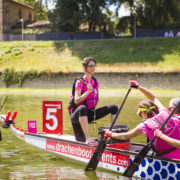 Dragon Boats Vs. Breast Cancer
Deborah Lynn Blumberg
The Girl Who Remembers Everything

The Beatles Of Braille
Don’t miss one more amazing story.
Every week, we’ll send a few of our favorite stories to inspire you.
Send this to a friend
Scroll to top