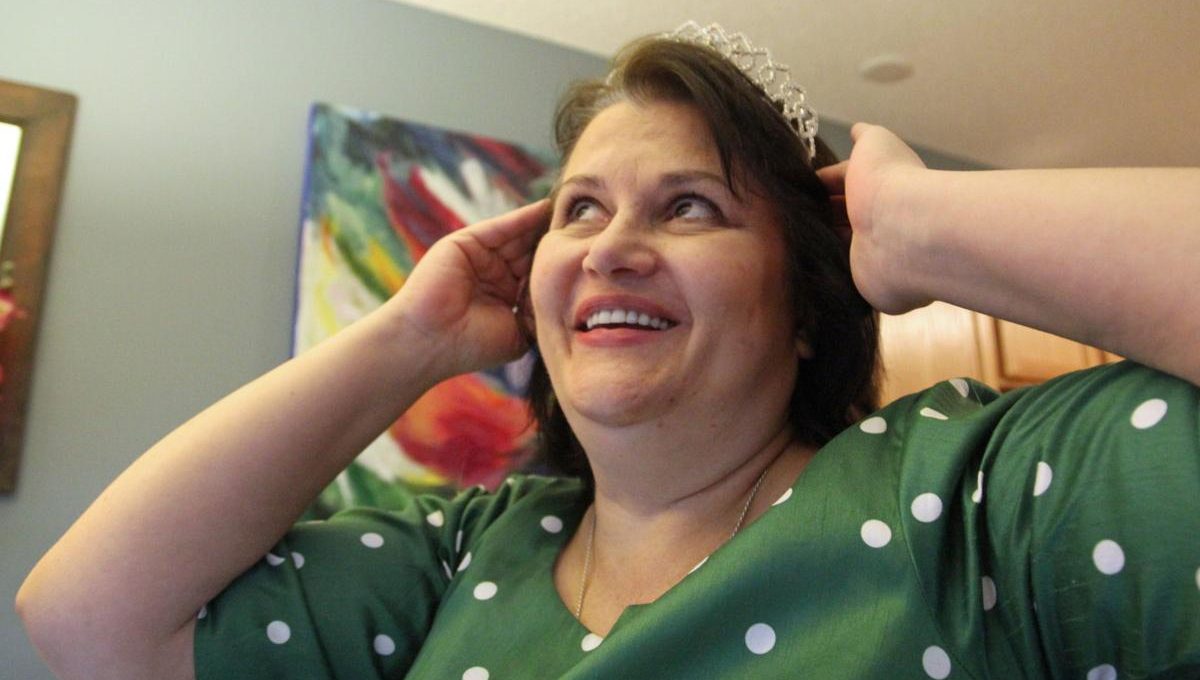 For the past year, Sheri Melander-Smith has been traveling around the country in her role as Ms. Wheelchair America 2018. As part of the gig, Melander-Smith works to raise awareness about the way able-bodied privilege manifests itself in everything from attitudes to architecture. Her ceremonial crown has not made her exempt, and traveling is particularly challenging. “The micro-aggressions really get to you,” she says.

Maneuvering through the airport, using the restroom, boarding the plane – everything is designed for able-bodied people. Melander-Smith’s wheelchair has been damaged several times. And despite a law that mandates that it be ready for her at the gate upon arrival, her chair has been delayed due to inadequate staffing on more than one occasion.

Melander-Smith wrote a report about her flights for American Airlines – a corporate sponsor of Ms. Wheelchair America. The bigwigs walk the talk, she thinks, but in the end, it comes down to one-on-one interactions. “There were times when I was treated like cargo, and there were time I was treated as if I were a superwoman,” she explains. “People don’t expect a person with a disability to be strong, willful and independent, but I’ve learned to stand my ground.”

From ‘The Bold and the Beautiful’ to Business Degree 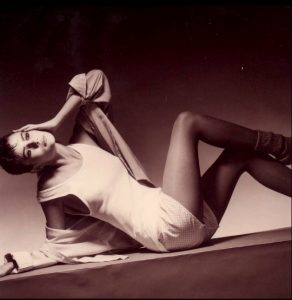 Melander-Smith is no stranger to travel. Before her paralysis, she flew to as many as three European cities in a single day as an international model. She walked the runways, did catalog shoots and appeared in magazines such as Glamour, L’Officiel and German Vogue. Later she relocated to L.A., where she acted in commercials and appeared in a few episodes of the CBS Daytime drama, The Bold and the Beautiful.

But Melander-Smith’s beaming smile, long raven locks and strong personality masked a disability that she has struggled with in one way or another for her entire life: Klippel-Trenaunay syndrome (KTS), a congenital vascular condition that impacts blood, tissue, and bone development in the extremities.

Many people with KTS have varicose veins or reddish-purple birth marks, but Melander-Smith only had one visible symptom. When she was born, one of her legs was slightly shorter and thicker than the other. She wore a fat-soled shoe to compensate, and when she was 18 years old, she underwent the second of two surgeries to correct the difference.

“Going through something that traumatic made me go inward and be more introspective,” she explains. “I realized that modeling and acting weren’t that important.”

Although it would not be discovered until she was an adult, Melander-Smith’s KTS also caused an aneurysm near the base of her spine. It ruptured when she was 25-years-old, causing temporary paralysis. Her father had died earlier that day, and Melander-Smith is convinced that the stress is at least partially responsible for what happened. While she recovered the use of her legs after several days, the experience changed something inside her.

“Going through something that traumatic made me go inward and be more introspective,” she explains. “I realized that modeling and acting weren’t that important.” 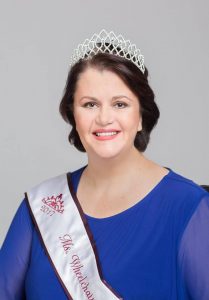 Instead Melander-Smith put herself through UCLA, later relocating to Minnesota where she earned advanced degrees in psychology and business. She also married, had a son, and took a governmental job working with children with behavior problems and other disabilities.

The aneurysm, however, was still there, and over time, it began to affect her balance. In 2003, adjusting to life as a divorced mother, Melander-Smith began to stumble into walls, and on more than one occasion, fell flat on her face. A renowned neurosurgeon told her that he could remove it. The odds of complications were slim, he assured her, about two percent. But when Melander-Smith woke up after surgery, she was paralyzed, and she hasn’t walked since.

“At first I was in denial, and then I was angry,” she explains. “Why would God heal me the first time, but not the second, especially when I had prayed for protection?” 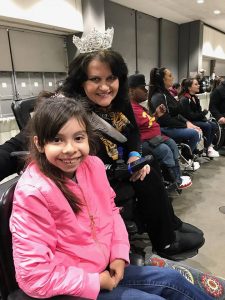 As part of her official duties, Melander-Smith needs to inspire the next generation of kids in wheelchairs to never give up.

Although Melander-Smith wanted nothing more than to curl up in a ball on her bed, her son kept her going. From her rehabilitation center in Arizona, she took charge and ordered a hospital bed for her living room, ramps for the entrances and had an elevator installed. She also had a steering wheel accelerator put in her car. She wasn’t about to stop transporting her son to and from school.

Slowly, Melander-Smith began to get back out into the world. She started a website to tell her story and reached out to local community groups. The opportunity to host a local cable TV show followed, and she was soon speaking publicly about topics related to disabilities. Winning Ms. Wheelchair America is a culmination of those efforts.

“I had to make sense of why this happened to me, and the only way to do that was to live an even better life then before,” she explains. “I feel like I’ve always had a disability, but I’ve never let it stop me from living a full life.”

“I’ve always had a disability, but I’ve never let it stop me from living a full life.”

And while she is at peace with whatever happens, Melander-Smith still believes that she will walk again one day. After all, she never imagined as an awkward kid with one leg shorter than the other that she would go onto become an international model, so she knows all too well that the unexpected happens every day.  “I think that the science will catch up with me, but even if that never happens, I know I can face anything,” she explains.

In the meantime, Melander-Smith is working on her autobiography and refocusing on her non-profit, Living Forward, which will offer tips about how to build a meaningful life in the wake of personal loss, illness or disability. She thinks it’s a self-help niche that’s underserved.

Not to mention her artistic pursuits. Melander-Smith took up acrylic and watercolor painting more than a decade ago, and she just signed a lease on a new art studio. She is looking forward to putting brush to canvas after so many months on the road.

“When I paint, time gets very narrow and I get very focused,” Melander-Smith explains. “That’s where I like to be. It’s a nice ride.” 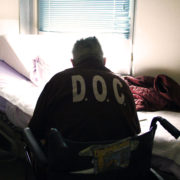 "Your Rights Get Parked At The Door": Life In Prison With A Disability
Carimé Lane
What It’s Like Growing Up Autistic

The Best Advice A Doctor Ever Gave Me
Don’t miss one more amazing story.
Every week, we’ll send a few of our favorite stories to inspire you.
Send this to a friend
Scroll to top