From HIV to COVID, The Male Nurse Who Revolutionized Compassionate Care

At the height of the AIDS crisis, Cliff Morrison was put in charge of Ward 5B, essentially as a scapegoat. Instead of failing, he created a model on how to deal with a pandemic compassionately.
AIDScoronaviruscovid-19 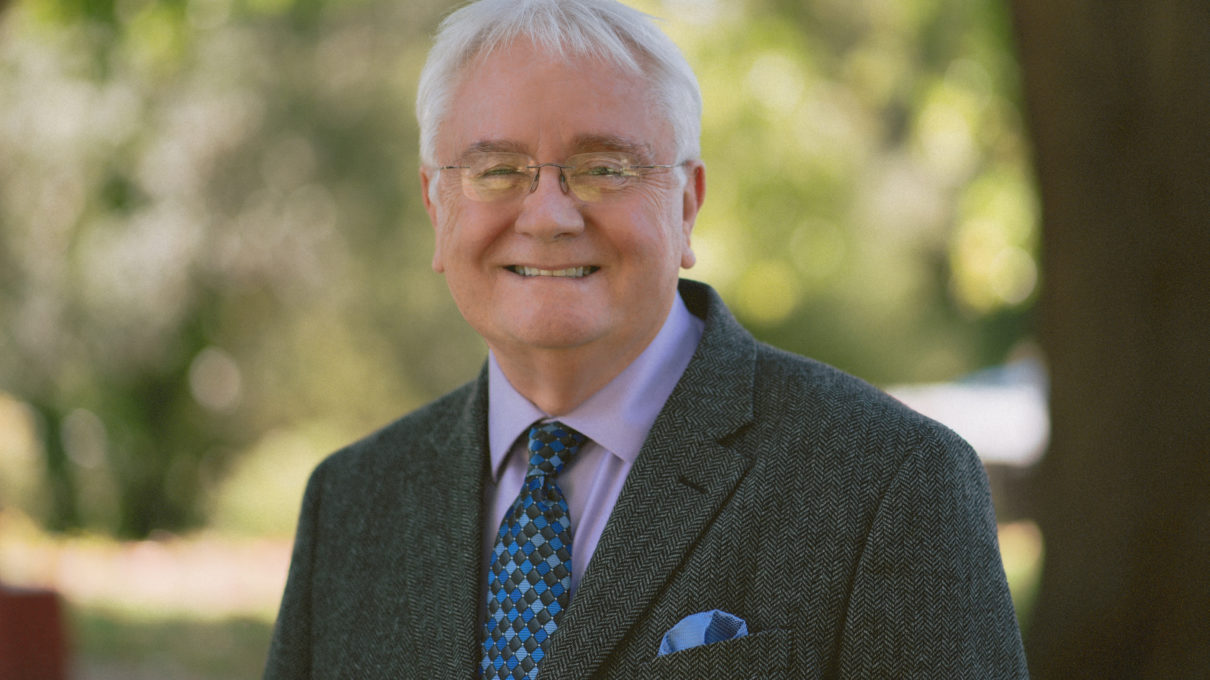 In the early eighties, while many health practitioners were still afraid to touch patients with “gay cancer”, a San Francisco nurse named Cliff Morrison devised a humane treatment method that revolutionized AIDS care. With Ward 5B, Morrison created the first AIDS-focused unit that emphasized treating patients with compassion. “I’m proud that we took AIDS out of the shadows and made it human,” says Morrison. The subject of a wonderful new film, 5B, the model for the ward went on to be replicated throughout the world, reorienting the fight against AIDS in a more humane direction.

Morrison, who grew up in the Florida panhandle, moved to San Francisco in 1979, two years before the first recorded AIDS patient. Morrison, gregarious and civic-minded, often attended community events in the Castro. One night at an educational seminar hosted at San Francisco General, the nurse mentioned “this strange disease” that had cropped up. Speaking with her after the talk, the nurse suggested that Morrison volunteer his nursing skills with the Shanti Project, a non-profit and early leader in the AIDS crisis.

Morrison completed their training program and got involved with patient care, providing “emotional support, primarily buddying up with patients and taking them out to dinner and movies,” he recalled. It was not long after landing his nursing job at San Francisco General that the hospital, aware of Morrison’s experience with Shanti, began putting him in charge of AIDS patients, and Ward 5B was born.

Recently, Folks caught up with Morrison, who was recovering from a nearly fatal bout with Covid-19, to hear more about the Ward 5B story and what parallels he sees between the AIDS crisis and our current pandemic.

How did you go from a mere nurse to running Ward 5B?

I was essentially coordinating all the care of AIDS patients around the hospital and it became such an unbelievable task. The administration asked me what I thought we should do and I said, “Well, I’m obviously clinically coordinating all your cases, so give me the title of clinical AIDS coordinator.” That’s what they did. The original intent was never to have an AIDS unit because everybody was talking about having units where they could segregate and isolate these people so that the rest of the population and staff wouldn’t have to deal with them. I didn’t like the sound of that, so I didn’t want anything to do with it.

Everybody was talking about having units where they could segregate and isolate [HIV patients] so that the rest of the population and staff wouldn’t have to deal with them. I didn’t like the sound of that…

But as time went on, we had more and more cases and it became impossible for me to actually coordinate the care in the hospital. I began to think about it a different way and begin to think,, “Wow, you know, if we had a unit for the right reasons, and it was holistic and humanitarian, we could use it to standardize care, develop policies and procedures and really learn from this.” I met with the Director of Public Health, the mayor, who was Dianne Feinstein at the time and my boss at San Francisco General. They asked me to write a proposal, which they immediately accepted. I’ll always respect Diane Feinstein because she stepped right up. She was like, “I’ve got a $7 million surplus in the budget. If you promise me that you’re not going to squander it, I’ll make it all accessible to you.”

Can you give me a sense of  how society viewed AIDS at this point?

At first I thought it was just San Francisco and maybe LA and New York that had it. It took me a while to realize that it was national, when I started seeing it on the national news. There was apathy in the Reagan administration with not wanting to deal with it at all. It very quickly reached hysteria mode. It’s amazing to me that in San Francisco, which was already the gay capital, how badly everyone turned on the gay community. If you were on the underground MUNI in San Francisco, people would say, “Hold your breath, we’re going through the Castro.” That was the kind of craziness that we were dealing with. All of a sudden, gay men were pariahs. Nobody wanted to be near us because they thought that we all had it and would give it to them.

If you were on the underground MUNI in San Francisco, people would say, “Hold your breath, we’re going through the Castro.” That was the kind of craziness that we were dealing with.

As a healthcare provider, how did you respond to that societal fear?

There was a gay medical society in in the Bay Area. I became a part of that group. Those of us that were active in the group, which was mostly physicians, realized that we were dealing with something that was not only serious in its nature, but by how detrimental it was going to be to the gay community. We needed to organize and take control of the narrative in some way. That was our goal. We became political immediately.

How did you take control of the narrative?

We made ourselves available for interviews. By the time we opened the unit, almost every morning I would come in and I would sit down by my little rolodex. I would call all the reporters. To control the narrative, we had to sensationalize in a way that was to our benefit. I learned very quickly how to manipulate the media. All you have to do is just call and drop a little nugget. That’s what I would do. I would call all the reporters and the TV stations and say, “Send somebody over to 5B at San Francisco General. I have a story today.” It’s one of the reasons why when you see the film 5B, half of it is old archival footage. People ask if I had cameras set up in the unit. No. I just had reporters and television stations come in everyday.

It wasn’t that hard, quite honestly. I remember one time realizing, “Gee, I haven’t seen a reporter in a few days, so what can I come up with?” I called a few reporters and television stations, and said, “We have somebody well-known in the unit.” We didn’t. But it worked.

What kind of stories were you teasing for the reporters that you thought would further your cause?

I had patients asking me, “Do they want to interview me? I want the world to know my story before I die.”

Particularly human stories. Patients that were particularly articulate, that would show well and could express themselves, with staff and myself included. We would intersperse it with someone who was very sick and obviously dying. [Such patients] wanted to take part. When they started seeing cameras and reporters come in the unit, I had patients asking me, “Do they want to interview me? I want the world to know my story before I die.” For a long time, they bought that and they were very eager to come in and record their stories.

What connections do you see between the AIDS crisis and our current pandemic?

A lot of similarities. Apathy of the federal government–not only apathy, but criminal negligence, actually. How the media has sensationalized it and the response from the public. People all of a sudden became terrified. The whole panic, sensationalistic atmosphere [of COVID-19] is so reminiscent of what happened in the early 1980s in San Francisco and around the country.

The whole panic, sensationalistic atmosphere [of COVID-19] is so reminiscent of what happened in the early 1980s in San Francisco and around the country.

But I think it’s really important to emphasize the differences. AIDS was sensationalized and people’s response was homophobia. That’s what drove so much of that. Whereas, with COVID, it’s kind of an equal opportunity illness. But it’s certainly unequal when you look at communities of color and the elderly.

What were some of the unique features of 5B?

I had months to draw up all the specific plans for it. Every day, I would go round up a group of AIDS patients that were ambulatory and I’d put them in wheelchairs.  I would bring all these patients up to this empty unit and put them in a circle. I’d sit in the middle. I’d say, “This is your space. We’re going to learn how to deal with this and show the world.” I started writing down what they wanted. They were very clear. They wanted humanitarian and ethical treatment. They wanted compassion. They only wanted staff taking care of them who weren’t terrified of them.

So I started a volunteer staff. “No one will work on this unit unless they volunteer to do this and they’ll be screened carefully.” They wanted to know that their significant others and friends could visit them, that we would protect them from families that wanted to override and pull rank and say, “We’re the legal family and the law is on our side”–although they haven’t seen this person in ten years, and they can’t stand them–“We’re taking control of this and we don’t want these people in here at all.” There was a lot of discussion about that. That took me six months to a year to develop a policy where, for the first time in history, patients defined family. We had to pull in attorneys and get legal opinions on it. Now, it’s common practice.

People ask me all the time: how was I, as a nurse, able to rise to this level and have this much influence. It was because no one else wanted to take the risk.

5B immediately got identified as where you go to die. I went about making it celebratory. Immediately, restaurants were dropping off food. Florists delivered fresh flowers at least once or twice a week for anybody who wanted them. They were always huge bouquets of flowers and beautiful green plants. All of a sudden, the ward was decorated. Then people within the hospital started turning on us because they were jealous that we were getting all this attention. But we weren’t paying for it. We were accused in court, when I got sued later, that I was squandering public funds. I was really able to say, “None of this came from public funds. All of this was donated.”

Did you win that lawsuit?

Yes, I did. They sent me there all by myself, just me and an attorney, because they thought I was going to lose. People ask me all the time: how was I, as a nurse, able to rise to this level and have this much influence. It was because no one else wanted to take the risk. They needed scapegoats, so they were willing to let me do it. They were very clear about that fact. “Okay, you little bull. We’ll do it, don’t embarrass us. But if it all falls though, it’s your fault.” 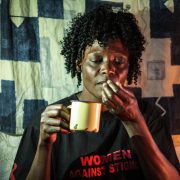 I Have Vasculitis. COVID-19 Is The First Time I Have Hope.
Don’t miss one more amazing story.
Every week, we’ll send a few of our favorite stories to inspire you.
Send this to a friend
Scroll to top