From Karate Kid To Paralysis 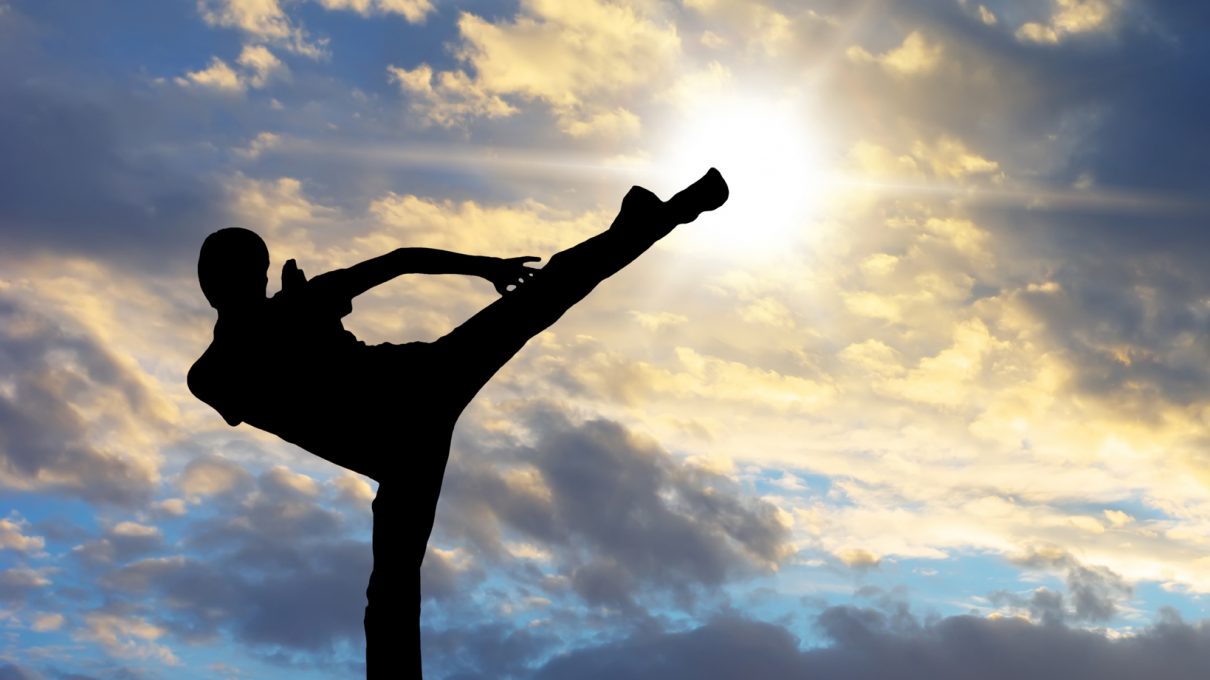 When Jacob Levitt was 12 years old, he was sitting on the floor at his karate class, when suddenly, he realized he couldn’t stand up. Even when he tried moving with all his might, his body wouldn’t budge. Something was terrifyingly wrong.

A family friend slung the boy over his shoulder and drove him home. After doctors drew blood and ran some tests, they discovered that Jacob had periodic paralysis, an exceedingly rare and petrifying genetic condition that causes temporary spells of muscle weakness and immobility. Sufferers describe being paralyzed for weeks on end. The condition is so rare it’s designated as an orphan disease: one that so few people suffer from, pharmaceutical companies don’t think developing a medication for it is worth the investment.

Luckily, Jacob did not go without treatment. He was prescribed an old old glaucoma drug that is sometimes used off-label to treat periodic paralysis. And it worked. Jacob, now in his 40s, returned to his karate lessons (he’s now a fourth-degree black belt), studied medicine and became a dermatologist. But even with medication, he still suffers from paralysis attacks. Aside from his duties as an MD, he’s also president of the Periodic Paralysis Association, a non-profit which fosters awareness of the condition and promotes research.

Folks sat down with Jacob to learn more about periodic paralysis and other orphan diseases.

What is periodic paralysis? How did you get diagnosed? 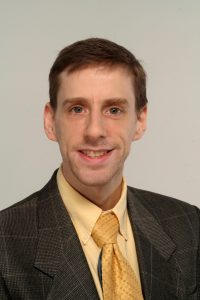 Jacob Levitt was 12 when he had his first attack of periodic paralysis.

Periodic paralysis is a group of muscle ion channel disorders whereby the electricity across muscle cell membranes becomes altered due to faulty pores in the membrane as a result of low or high potassium in the blood.  There are two main types of periodic paralysis – hypokalemic periodic paralysis and hyperkalemic periodic paralysis (and a few other variants). That is, when someone is weak and their serum potassium is low, it is hypoPP, and when someone is weak and their serum potassium is high, it is hyperPP.  I personally got diagnosed with hypoPP after becoming weak during a karate class. I sat to rest and could not get up when summoned. My blood was taken during this bout of weakness and my potassium was something like 2.8 (when normal should be between 3.5 and 5).

What does it feel like when you’re having an attack?

I want to move but my muscles don’t listen to me.

It feels frustrating mostly.  I want to move but my muscles don’t listen to me.  When I wake up with a moderate attack and still cannot move, it is anxiety provoking because I know there is a possibility for the attack to get much worse. In a total body paralysis attack, it is more scary.  I know people have died due to cardiac arrhythmia or asphyxiation during severe attacks. Sometimes, my attack is so severe I get too tired to speak to explain how to manage it. If I am in the hands of ignorant medical professionals, it could easily be fatal.   Luckily, most of the time I can medicate properly with potassium. Sometimes, I under-medicate not realizing that some attacks require more than the usual potassium to get me out of it. In that case, the attack ends up being prolonged until I figure out how much additional potassium to take (unfortunately, this is a trial and error type of thing).  As such, younger patients tend to get into more trouble than veteran older patients, who have lived through more types of attacks and who get better at identifying and avoiding triggers.

How did you feel after you were diagnosed? How did you come to terms with your disease?

I was kind of young when I was diagnosed, and for the most part, with medication, I did not feel too limited in my activities.  With time, I recognized some limitations with my diet. I cannot eat macaroni and cheese or pizza or Coca-Cola without repercussions, so I avoid these things when possible.  I also find it frustrating to keep physically fit. I cannot just do 20 push-ups and call it a day. I have to premedicate, do a reasonably strenuous work out, or do nothing.  The potassium causes stomach upset. The acetazolamide that I take for prevention of attacks requires me to urinate frequently, which is disruptive to my day, and it causes kidney stones from time to time.  The most distressing part of the disease for me was the potential for being permanently weak when I get older. I know pretty much for sure that this will happen to me, it is just a matter of time. So, I try to keep as fit as possible now and enjoy my body as much as possible while I can use it.  And yet, due to work responsibilities, I am not doing this to the fullest. But, overall, I am thankful that I am generally healthy and very independent.

You’re a black belt in karate. Are there any ways that helps you deal with your disease?

The karate for me reinforces my innately stubborn personality, which helps me not give up.  It works synergistically to heighten my grit.

What are some of the unique challenges people with orphan diseases like periodic paralysis face in trying to get treatment?

The karate for me reinforces my innately stubborn personality, which helps me not give up.

Obtaining a diagnosis is one major challenge.  Folks with periodic paralysis routinely have years if not decades of diagnostic delay.  Often they present with vague symptoms rather than frank weakness, which eludes physicians.  Some physicians are downright cruel when dealing with these patients, labeling folks as having conversion disorder, malingering, and the like.  Genetic testing is helpful when positive, but a negative test does not rule out the disease. This point is misunderstood by some physicians. Another major problem is someone who has the correct diagnosis being mistreated in an emergency setting.  For example, hypoPP folks should not get sugar, as it worsens their attacks. Yet, most intravenous fluids contain dextrose. So, you can see how someone with an already low potassium receiving dextrose could have a fatal outcome due to ignorant healthcare workers. 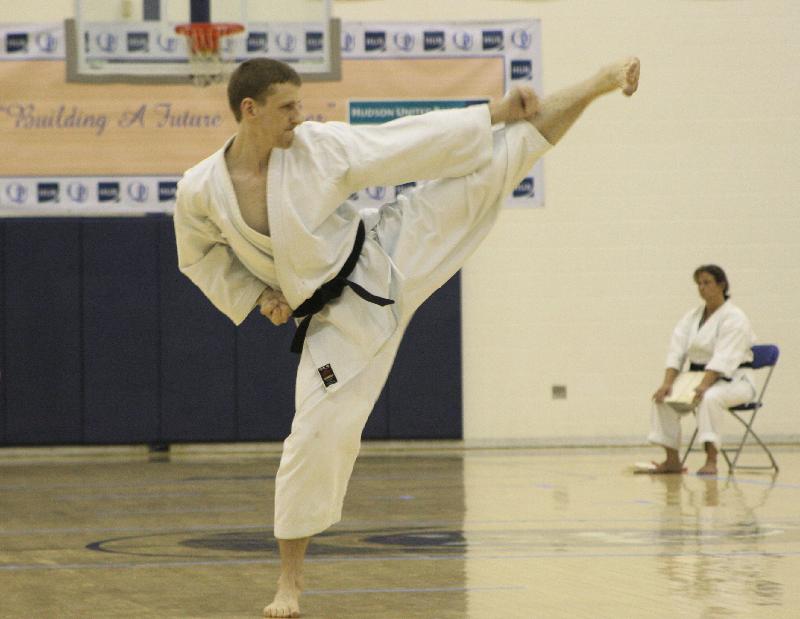 Karate helps keep Jacob’s grit up in the face of his condition, he says.

Can any muscle, or group of muscles, be impacted? Are there any that are more likely or less likely?

Any muscle can be impacted, but typically upper and lower extremities, trunk, and less frequently neck.  Rarely, every muscle except the diaphragm gets paralyzed, including accessory muscles of respiration. Some folks lose the ability to speak, swallow, or even open their eyes in severe attacks.

How is periodic paralysis treated?

Treatment rests on three main principles:  1) identify and avoid attack triggers; 2) diuretics for long term prevention of frequency and severity of attacks; and 3) medications to administer to resolve an acute attack.  In the case of hypoPP, avoiding carbohydrates and sodium chloride is key. Premedicating with potassium before exercise is helpful. Acetazolamide, dichlorphenamide, eplerenone, spironolactone, triamterene, and amiloride are all options for long term maintenance.  Potassium chloride dissolved in water reverses most acute attacks of weakness. Sustained release preparations of potassium are also useful for some folks. In the case of hyperPP, avoiding high potassium foods is helpful. Interestingly, acetazolamide and dichlorphenamide work for hyperPP as well as hypoPP.  Other potassium wasting diuretics, most commonly hydrochlorothiazide, help in long term prevention. Acutely, eating sugar or inhaling albuterol can reverse attacks of hyperPP.

Seeking genetic testing, and getting the whole family tested will avoid diagnostic delay.  People with periodic paralysis can live full and productive lives. One must merely recognize one’s limitations and never give up seeking to optimize strength and well-being.  Researchers are actively working on understanding the underlying physiology of the disease, and with that understanding will come better therapies. 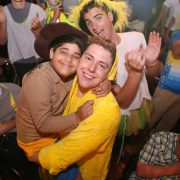 A Brain Infection Destroyed My Marriage, But Made Me A Writer
Don’t miss one more amazing story.
Every week, we’ll send a few of our favorite stories to inspire you.
Send this to a friend
Scroll to top