From Rough Time To Ry’s Ruffery

A stroke showed Daniela Kelly that she could do anything, even run a business.
stroke 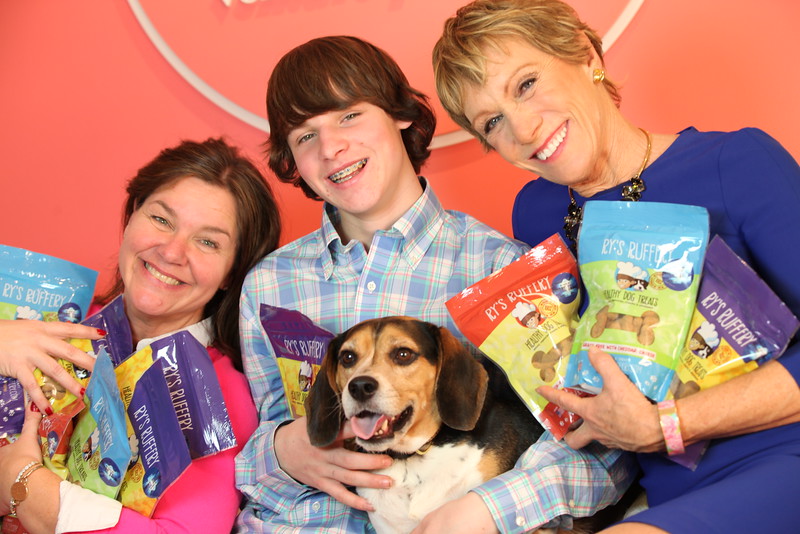 In a 2013 episode of Shark Tank, Daniela Kelly appeared with her 11-year-old son Ryan to try to get financing for their home-based business that made all-natural dog treats, Ry’s Ruffery. The business was actually Ryan’s idea, so he did most of the talking. He gave a poised, self-assured presentation and answered the sharks’ exacting questions with confidence. By the end of the segment, Ryan and Daniela walked away with a $25,000 investment from real estate mogul Barbara Corcoran.

Daniela would have liked to be almost anywhere other than under the hot glare of the studio lights. Before going in front of the cameras, in fact, she was ready to bolt the set—not from nerves, but because of the effects of a stroke that neither the show’s producers nor the viewing audience was aware of. 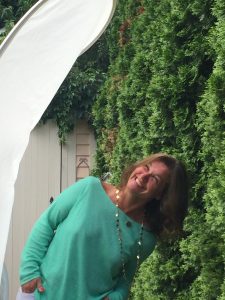 A lifelong Connecticut resident, the 47-year-old graduated from the University of Connecticut in 1992 with a degree in design and resource management. She worked for awhile at the Smithsonian, returned to her home state, married, and had three boys: Nicholas, 18; Ryan, now 16; and Eric, 14. Her roots to her family and community run deep. She embraced the life of a stay-at-home mom, living in the same house today that she grew up in.

There was a family history of high blood pressure and Daniela herself was taking medication for it, but she pursued a healthy lifestyle: never smoking, eating right and exercising regularly. She considered herself one of the least likely candidates for a stroke.

That illusion was shattered when she was 40. She had just finished a punishing workout with her trainer that included pushups with her head tipped down and her legs in TRX straps to make it more difficult. When she went to write a check at the register, she could not write the number out. “I thought that maybe I hurt my back. It didn’t make sense to me because there was no pain. There was just the absence of ability. It didn’t even enter my mind that maybe I’m having a stroke,” Daniela says.

She got in her car and started driving the short distance to her house, only to discover that she wasn’t able to turn the steering wheel with her right arm. She almost drove off the road.. She managed to get home and her father introduced her to someone she didn’t know; she couldn’t move her arm to shake his hand. It was only later that she realized she also had some facial drooping and trouble speaking.

After laying down for a few hours, she called the doctors.  “They told me either to get in the car with my father or they would send an ambulance for me,” Daniela says.

At the ER, they had a lot of trouble getting a blood pressure reading because it was so high. Now she was in full panic mode. “They said to me that I was having a stroke. I was still looking for someone to tell me this was not true. I was still in denial,” Daniela says.

“There was just the absence of ability. It didn’t even enter my mind that maybe I’m having a stroke.”

By this time, her face was drooping, her entire right arm was dead, and she lost the ability to speak temporarily except for short sentences. She spent the next week in the hospital—and almost flew back there on her first night home because she was alarmed that there were no nurses around.

“To go home to three kids and two parents and a husband scared me to death because everyone relied on me to manage their lives and I couldn’t manage anything. And now I was relying on them, on my children. As a mom, it’s not a good place to be.” 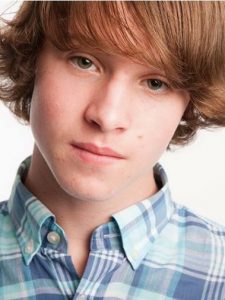 That loss of control meant not being able to make her kids breakfast or pack their lunches or drive them to school—a dramatic change for a woman who thrived on multitasking.

A network of devoted friends helped make the transition easier, delivering dinner to her doorstep every night for weeks on end so that she could have “an hour of normal and eat with my kids and forget about what I couldn’t do.”

Some permanent scars remain. She still suffers from aphasia–a common effect of strokes that makes it hard to understand or find the correct word to say–and has difficulty writing. Her ability to handle sensory input has been compromised, too. For example, the noise at her son’s hockey games can cause her brain to shut down and crave rest. Even sitting in a moving car while someone is speaking or leaves are falling outside can result in a sensory overload, forcing her to close her eyes and sit quietly to regain her perspective.

But in spite of her new limitations, Daniela says, “My stroke was one of the best things that ever happened to me. I learned how strong I am. I learned how capable my kids are. My kids are doing their laundry and my laundry. They’re helping with dishes. They’re becoming self-sufficient with their homework. They’re relying on each other. I learned how loved we are.”

More than that, it put things in a new perspective for Daniela and her family. Now, it didn’t matter if the vacuuming didn’t get done on a given day or a pile of books wasn’t picked up. It was more important to focus on the things that really mattered and to realize “there is nothing we can’t do.”

From Dogs To Sharks

It’s not surprising then that when Ryan got the idea of starting a business that made healthy treats for dogs, Daniela was his biggest supporter. In the beginning, they baked the treats together in the family kitchen and sold them locally. By luck, a woman in their neighborhood had a connection at Shark Tank and they were booked on the show.

It was a great opportunity that sent Daniela into a tailspin. On the day of the taping, the Kellys’ dog Barkley, a mostly beagle rescue dog, went flying through the set, and pandemonium erupted—something that Daniela’s injured brain could not handle.

“When they all started talking at once, the producers laughed at me because they thought I was going to run. I lost words on the set. I started crying because now there is chaos and the lack of quiet and concentration. I looked at Ryan and Ryan said to me: ‘Don’t worry, Mom, I know your lines. I’ve got this. Don’t say a thing.’ He had just turned 11 a couple of days before and he knocked it out of the park,” Daniela says.

Barbara Corcoran, head of her own multi-billion dollar real estate empire, invested $25,000 for a 25% stake in the company. Ry’s Ruffery, as the business is now known, has grown and expanded under  Corcoran’s tutelage. The treats are sold online and have also been carried in stores such as Kroger and Wegmans. The baking is now done in Missouri. Daniela manages operations by computer in her home office–her first job since the stroke–and reports to her new boss, Ryan.

The solitude is a welcome respite from the chaos of everyday activities and lets her focus on the positive.  “A health issue can be the biggest blessing in your life if you choose it to be. I don’t mean to make light of people’s health problems or discount the struggle of anybody, but there are so many people out there to lighten the load if you just let them. It’s the best thing ever.” 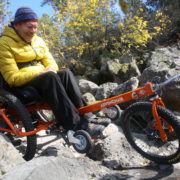 The Criminologist Who Came Out Of The Closet As Mentally Ill
Don’t miss one more amazing story.
Every week, we’ll send a few of our favorite stories to inspire you.
Send this to a friend
Scroll to top