Getting My Life Back After Open Heart Surgery 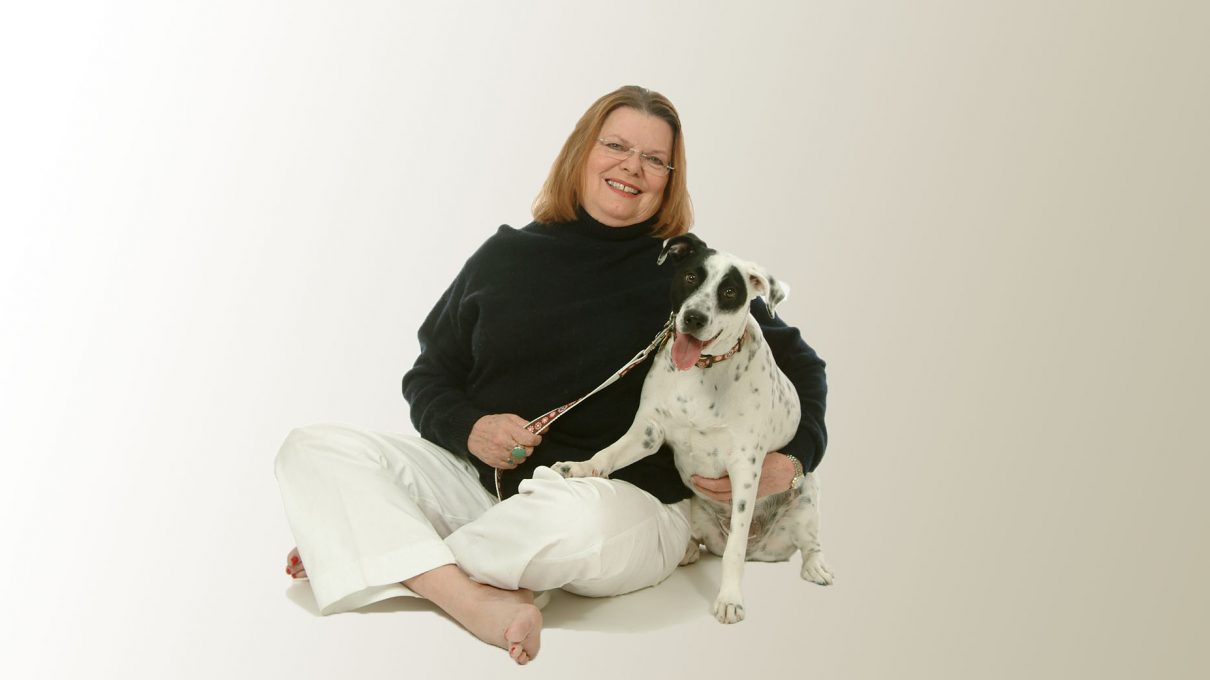 When my old sweet dog, Tex, died from diabetes at the age of fourteen, I went into mourning.  Nothing seemed to help me get out of it. But when I helped a friend find a rescue pup for herself, the answer jumped out at me: I should get another dog.

Surprisingly, and seemingly easily, I found a half-grown white pup with one brown eye at the shelter who reminded me of my old friend, Tex.  I took him home immediately and began to walk him along with my trio of sleepy ten year old dachi-si cross dogs.

Several things became immediately clear.  He never spoke. He fixed me with his eye and kept me in his gaze at all times.  My friend, the dog trainer had the answer for that. This dog is deaf.

It seems white dogs are often deaf but make great pets because they bond so closely.  The pup and I became inseparable almost immediately. We did a lot of walking. His big old long legs and his insatiable energy made him a great walking partner.

The pup and I became inseparable almost immediately… In fact, by the early part of March, he had about walked me to death.

In fact, by the early part of March, he had about walked me to death.  One day, I felt a tightness in my chest and a shortness of breath that cut our walk out for that day.

I called my beloved Dr. Byrd, my primary care doc, who advised I should come in ASAP. So, cutting to the chase, after two days of tests, Doc said I should go to St. Barnabas Hospital.  They’ll be waiting for you, he said noncommittally.

Eternal optimist that I am, I drove to the hospital with my friend, Rose, thinking there would be more tests. But within about 3 hours, they were wheeling me into the operating room, and before I could even digest this bit of news, they had whacked open my chest, laid my heart out on a table, stripped veins out of my leg to make the repairs to the three choked-up coronary arteries and borrowed a cow’s valve to replace that one which had been wheezing in my chest for years.

Can I even begin to convey to you the shock I felt learning that while I was under an almost 6-hour anesthesia, there had been a long vertical incision carved down the front of my body from the throat to the waist? Staring at myself in a mirror in the hospital I could barely register the fact that they had sawed through the breast bone to get at my poor pitiful heart.

Staring at myself in a mirror in the hospital I could barely register the fact that they had sawed through the breast bone to get at my poor pitiful heart.

But the strange thing was, I felt no pain.  Not then, and not later. I did take care when lying down not to put pressure on my heart.  I did train the new pup not to lie on my body. After all, he was the fourth dog in that king-sized bed, and if I could keep all those dogs from doing more than snuggle, all would be well.

Well, they were little dogs – up until I got the big white Galoot.  But who could resist that smile? And he was so quiet. He would put his head on the pillow next to mine and just stare at me with pure love in his eyes.

The Slow Slog Towards Wellness 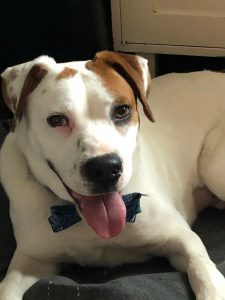 And so began a long recovery that called for lots of naps, great restrictions, and warnings about lifting heavy things.  But before you knew it, I was given permission to drive and so began the long slow slog to wellness.

At one of my appointments, I asked the doc how long it would take for me to feel normal.  He smiled ruefully and answered, “About a year.”

By then, I had seen a virtual army of doctors:  cardiologists, internists, blood pressure specialists, surgeons, so many doctors and doctors’ appointments,  I couldn’t even keep them straight. I had a line of prescription bottles lined up over the kitchen sink and did my best to take them as prescribed.  And I was focused. I wanted to get well.

Heart disease was no surprise in my family.  My mother and both grandmothers had all died from heart disease, usually at the beginning of their seventh decade. The fact that I had lived almost a decade longer and now was on the mend from a triple bypass surgery was a testament to modern medicine.

Sliding Out Of Depression

But, while I should have been steadily improving, I had to note that I was sliding into a serious depression. I began to fight with my daughter.  I could hardly stand to watch the news. I didn’t want to even throw the ball for the dogs in the back yard. I would get up at 6 to walk the dogs then go right back to bed for the first of a series of naps I took until bed time.  I had quite simply quit cooking. And considering that I am a cookbook writer this was really unheard of.

I bought books to study up on this cardiac recovery.  More than one book said the most common side effect was depression.  I can attest to that, I muttered under my breath.

I bought books to study up on this cardiac recovery.  More than one book said the most common side effect was depression.

Normally, my days are filled with cooking and writing and testing recipes and feeding people and dogs.  My friends and I hold what we call the Maplewood Dining Club about once a week where we sit down to enjoy a meal together.  Since all of us are women of a certain age who live alone, it makes for a great family activity and a bonding that we couldn’t do without.  And I even wrote a book dedicated to my dogs: The Dog Ate It.

When it was time for my follow up with my doc, I bundled up all those scrips and took them in a paper bag with me to the appointment. I complained to him about the depression.  Doctor Byrd lined all those little bottles up and studied them. “I think you can cut this one out,” he commented about one. “It’s for cardiac patients who haven’t had bypass surgery.  Why don’t you stop taking that and see if you feel better. But don’t expect miracles.”

Getting My Life Back

So, I went home with really low expectations.  I mean, hey, that’s a marker for depression. You don’t expect much. But I put away the scrip he’d said I didn’t need.

And on the third day, which happened to fall on the Ides of March, the 15th, a miracle happened.  I woke up and jumped out of bed, ready to play with the dogs. I called up a couple friends and invited them to dinner.  I hadn’t cooked in 3 months.

I suddenly knew I was going to get well. The miasma of illness had fallen away.

Just like THAT, the depression lifted.  I got my life back. I suddenly knew I was going to get well. The miasma of illness had fallen away.

So what’s my take away from all this?  Follow doctor’s orders, but don’t be afraid to ask questions.  You never can tell. You might get your life back too. And with fewer meds, not more. 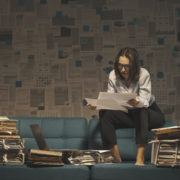 Thank You. Goodbye. I Love You.
Emma Margraf
Meet Jack Carlson, The MacGuyver Of Adaptive Bikes

Why I’ll Never Be Okay With Having A Chronic Illness
Don’t miss one more amazing story.
Every week, we’ll send a few of our favorite stories to inspire you.
Send this to a friend
Scroll to top