Guarding His LGBT Kids Against Depression

1/3rd of LGBT teens have attempted suicide. That scary statistic is why Evan Peterson is putting his kids' mental health first.
depressionmental illness

Growing up, Evan Peterson never felt he could be himself. Living in small-town California with a homophobic stepfather, Evan kept quiet when he realized he was attracted to boys as well as girls. Confusion and loneliness took its toll, culminating in clinical depression and a suicide attempt.

Now a single parent, Evan is determined not to let history repeat itself with his own family. Of Evan’s four children, three identify as LGBT. Lane, nineteen, is bisexual, while Jamie and Elliot, sixteen and twelve, are transgender. Their younger sister, Grace, is nine. (All names of the children in this piece have been changed at Evan’s request. – Ed.)

It’s a role he might not have expected but one he’s well equipped for. Evan spent the best part of the last two decades becoming more and more involved in the LGBT community, where he routinely speaks out against injustice and bisexual erasure as a writer with Bisexual Books. 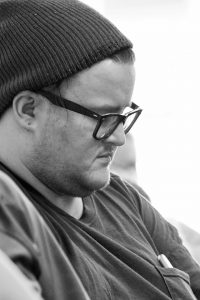 Evan Peterson is a writer on LGBT issues, as well as the parent of four kids.

“Finding where we’re marginalized and speaking about it and trying to give us a voice. That’s where I am now: I’m that guy,” he says.

He wasn’t always that guy. Around the age of eleven, Evan realized he was bisexual. The realization confused him: a situation exacerbated because he couldn’t discuss his sexuality with his “openly homophobic” stepfather.

“When I was a teenager I didn’t really trust my parents at all, I wouldn’t share any sort of problems I was ever having. At that time the word bisexual wasn’t a thing, people didn’t talk about that, just, you’re gay or you’re straight. I was really confused throughout my teens, I just considered myself straight and I was confused as to why I was also attracted to guys.”

His inner turmoil and sense of isolation made him deeply unhappy.

“When I was in the closet, I felt confused. I felt like I was drowning and miserable and had no way to come out of it. I self-medicated with alcohol and promiscuity. I attempted suicide – no one ever found out.”

When I was in the closet, I felt confused. I felt like I was drowning and miserable and had no way to come out of it.

Leaving his hometown for a new life on his own in southern California changed everything.

“I was twenty-one, sitting on a beach by myself after dropping everything and moving to the coast. The sun was a pre-dusk buttery yellow, and I found myself admiring the other people around me. For the first time, I felt no guilt or shame. I felt lighter and free. From that day forward I opened myself up and remained true to myself. [My new life] came with its own worries and complications, but it also filled every part of me with peace, with bliss.”

Evan began coming out to friends, and let his family find out through the grapevine. The relief of being open about his identity improved his state of mind. While  he still battles depression –he received a formal diagnosis in 2004– knowing who he is has given Evan the resources to tackle his mental health.

“I am a happier person having allowed myself the strength to be myself,” he says

Day-to-day, Evan manages his well being by taking a daily dose of Welbutrin, and by writing, which channels his energy into creativity. He also leans on friends, some of whom are far flung but still keep in close touch.

But even more important to Evan than his own mental health is that of his kids. LGBT youth are three times more likely to suffer from mental health problems than straight and cisgender kids. A third of LGBT youth have also attempted suicide. Harrowing figures like this have made Evan hyper-aware that supporting his kids.

“I’ve always raised the kids as [an] openly bisexual [parent], and we’ve always had queer friends around. The kids have always known that home is someplace that is safe, so it was easy for all of them to come out when they decided to come out. I think they felt reassured they’d have a supportive home here. They still come to me with problems and that’s a good sign.”

A small but significant part of that support is respecting Jamie and Elliot’s chosen pronouns. Jamie and Elliot prefer “they/them” pronouns, which Evan says some find confusing, or even use as a way to bully or belittle. At home, though, everybody respects Jamie and Elliott’s personal pronoun choice.

It’s important to Evan Peterson that his children be given constant acceptance and support, so they don’t grow up with the same depression issues he did.

Evan also respects his children’s chosen gender identities. Jamie, born female, is treated like Evan’s son. Elliot, meanwhile, doesn’t consider himself to be a boy or a girl. “Elliot’s still twelve so they’re still figuring all these things out. But they’re pretty open about it.”

Outside of his home, though, Evan has less control. Both Elliot and Jamie face a constant onslaught of negativity from schoolmates and extended family members. As a family, it’s something the Petersons work hard to address: by going to therapy, and by openly discussing what’s going on with their mental health..

“We do talk about [mental health], mostly as me checking in on the kids and how they feel their progress is in counseling, or if there are new issues they need help working on. We also discuss the ways we see other people, in reality or in media, treat themselves or others with mental health issues.”

Evan is a strong role model. But away from the safety net of home, there are some problems that are beyond his control.

“Most of Jamie’s friends have been really supportive through the whole transition, accepting Jamie’s name change and using the right pronouns, so that’s been positive. However, Jamie has also been the recipient of all the bullying you could expect to have at a high school when you’re a transgender kid, with other students deliberately misgendering them and name-calling.”

School’s a little easier for Elliot, who goes to an alternative school, where most of the students hail from left-leaning, hippy-type families.

“Elliot dresses mostly like a typical boy, but many of the kids don’t really dress or act like they conform to gender or societal norms anyway, so Elliot fits in no matter how they identify. I’m worried about Elliot going to high school because that will be a stark change for them.”

The family is concerned about the current political climate, which Evan says is swerving far from LGBT rights and acceptance.

“We have a lot of uncertainty about what our future looks like; how much support we’ll have, how many of our rights will still exist or be taken away; there’s a lot of fear about that right now.”

“I don’t really see [my depression] as negatively affecting my parenting; if anything, the kids drive me to keep going because they need me.”

He’s particularly concerned about Jamie, as the current climate could have a direct impact on their physical and mental health. It’s recommended that transgender children start on puberty blockers by around sixteen. Jamie’s hoping to start taking the blockers soon… something that in today’s political climate could stop being supported by insurance companies.

“There’s a lot of excitement, because maybe that will go forward, but also fears: what if we start puberty blockers and then lose that ability [to fund the treatment through insurance] in the next few months?”

The powerlessness over their fate in the face of political change has caused both Jamie and Evan a lot of anxiety.

“As they get older the amount of things you worry about grows and the worries are more severe and more complicated. I long for the days when my biggest worry with Jamie was something like crossing the road, or losing sight of them in the crowd for a few minutes. Not that I miss Jamie being anything other than what Jamie is now, but I miss the more simple worries that you have with the younger kids.”

Navigating this path as a single parent can be difficult and lonely, Evan says. “When there are problems it can feel overwhelming because you don’t have a partner to lean on, to vent to or give you a break. I’m less miserable than I was when I wasn’t a single parent though, so I take the good with the bad.”

“I don’t really see [my depression] as negatively affecting my parenting; if anything, the kids drive me to keep going because they need me.”

But life’s mostly good, he emphasizes. He wouldn’t change who he was, or who his children are for anything. And like any parent, he just wants his children to be happy.

“It’s more important than anything else. Happiness is the most important thing for me. That would tell me that they’re at their best emotionally, they’re content with life – and it’d give me less to worry about.” 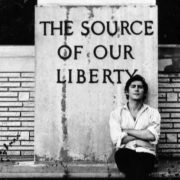 The Late President of Protest
Brittany Shoot
Fighting Cancer In A Country Without A Word For It Dr. Wrong
Don’t miss one more amazing story.
Every week, we’ll send a few of our favorite stories to inspire you.
Send this to a friend
Scroll to top