Hands As Big As Pillows, And Other Weird Migraine Symptoms

Aphasia, hallucinations, and synesthesia are all proof that there's more to a migraine than just a bad headache.
migraines 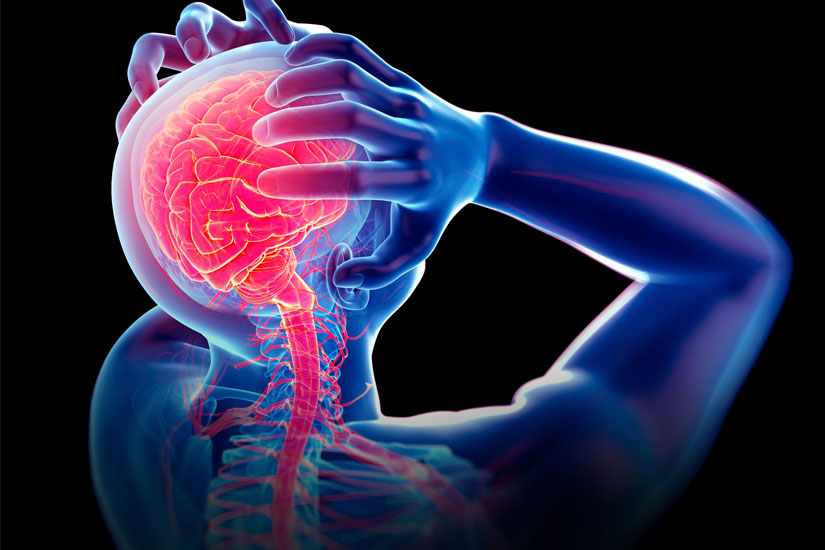 “Something is not right,” I told my husband on a Saturday afternoon six years ago. “My hands are impossibly large. I know they look normal, but I can feel them getting bigger.”

I can’t imagine how confused he was. I was just as confused… something mysterious was happening inside my brain to skew my body perception so drastically. I laid down on the bed, and suddenly, my right hand was as big as the pillow it rested on. My left hand was the size of the mattress. Whatever I touched, my hands assumed that item’s approximate size and shape. My feet stretched far away as if being pulled through a vortex. I tried to calmly explain, but my tongue was growing too. How did it still fit in my mouth?

I could see that my body parts were their usual size, but nothing could reconcile what I saw with the sensation that I was suddenly impossibly out of proportion. That day I had my first experience with Alice in Wonderland Syndrome, a rare migraine symptom which can also occur with seizures and some infections. “Becoming” Alice is so rare, I had never heard of anything like it in decades of migraine experience. For once, Googling symptoms would console rather than devastate me.

My left hand was the size of the mattress. Whatever I touched, my hands assumed that item’s approximate size and shape.

It was hard to find the right words. I started searching: “hands feel gigantic”; “hands seem to be growing”; “tongue feels too big”. I was relieved to find others describing the experience as a pre-migraine symptom.

I’ve logged 30 years of migraines, with wide variation in severity and frequency. During better years, I go months without a headache. In bad times, there are 2-3 per week. I experienced the worst end of that spectrum during fertility treatments and pregnancy. Leading up to the afternoon I became Alice in Wonderland, my migraines had been increasingly frequent and intense  — and bizarre — due to stress and hormone fluctuations during fertility treatments.

A lifetime of migraines teaches you that your own senses can’t always be trusted. A fresh brownie tastes like fish and onions? Migraine’s coming. Fingertips feel like I’ve been clutching ice cubes? Migraine’s coming. They have struck during final exams, date nights, vacations. Live with migraines long enough, and you will experience one for every type of situation.

Senses betray the migraineur, and sometimes words do too. At the conclusion of a summer vacation in Cape Cod, my husband and I started to argue in a long airport security line. I looked at our tickets, but didn’t know what to do next. My husband became frustrated.

“I don’t understand,” I pleaded. “I can hear the words you’re saying, but I don’t know what you mean.” It was as if the English language had been excised from my brain, and only interrupted signals were left.

A few weeks later, I was riding down the highway (not driving, thankfully) when another migraine started. Suddenly all the billboard writing was backwards. I thought, “Why would they print those signs backwards?” Then I realized my misfiring brain had played another trick.

Even one of migraine’s most common symptoms, the aura, can be incredibly varied and hard to describe.

Even one of migraine’s most common symptoms, the aura, can be incredibly varied and hard to describe. Only about one quarter of migraine sufferers experience aura, the psychedelic prelude to a headache when everything temporarily goes sideways. Visual disturbances are the most common symptom of aura. For me, it starts with a bright spot in my vision, like I’ve been staring at the sun. The spot grows until I can’t to read or drive. To say I’m blind feels melodramatic, but how else do you describe the experience? Within an hour, the blindness fades into a throbbing, clammy pain. Some sufferers seek quiet or dark; my headaches are relieved by little but sleep.

If You Have ‘Weird’ Migraines, You’re Not Alone

I belong to some online communities where migraineurs share their symptoms, treatments, and commiseration. When asked to describe their visual auras, community members gave these vivid answers:

“For me, it was like using a charcoal grill — when you squirt the lighter fluid and everything looks blurry, wiggly and ‘confused’ as the gasses rise in the air before you ignite the fluid on the coals.”

“I have swaying and pulsing lights (with my) auras. It’s accompanied by sounds, one is like a ‘waamp waaaamp’ and another is a screeching sound. I’ve had them since I was a kid so at that age I likened it to a witch’s cackle.”

Just by following these collections of strangers who also experience migraine, I have begun to appreciate the breadth of migraine suffering. Some can make jokes about it or have enough good days to reflect on the agonizing bad days. Others are literally disabled by constant pain.

I remain grateful my good days still outnumber my headache days. And I get lost in fascination with the strange rabbit holes my brain can conjure. 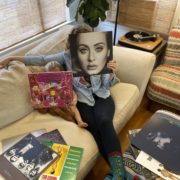 Migraines and COVID: How the Pandemic Taught Me That Canceling Plans Is Self-Care
Elizabeth Limbach
The Goddess With The Blood Red Eyes

The Stigma Of Fun When You’re Disabled
Don’t miss one more amazing story.
Every week, we’ll send a few of our favorite stories to inspire you.
Send this to a friend
Scroll to top