The Health Coach Who Refused To Be Wounded

After years of suffering from Hashimoto's Disease, Celiac, and depression, Allie Stark wondered what would happen if she stopped identifying as a sick person. It changed her life.
celiacceliac diseasedepression 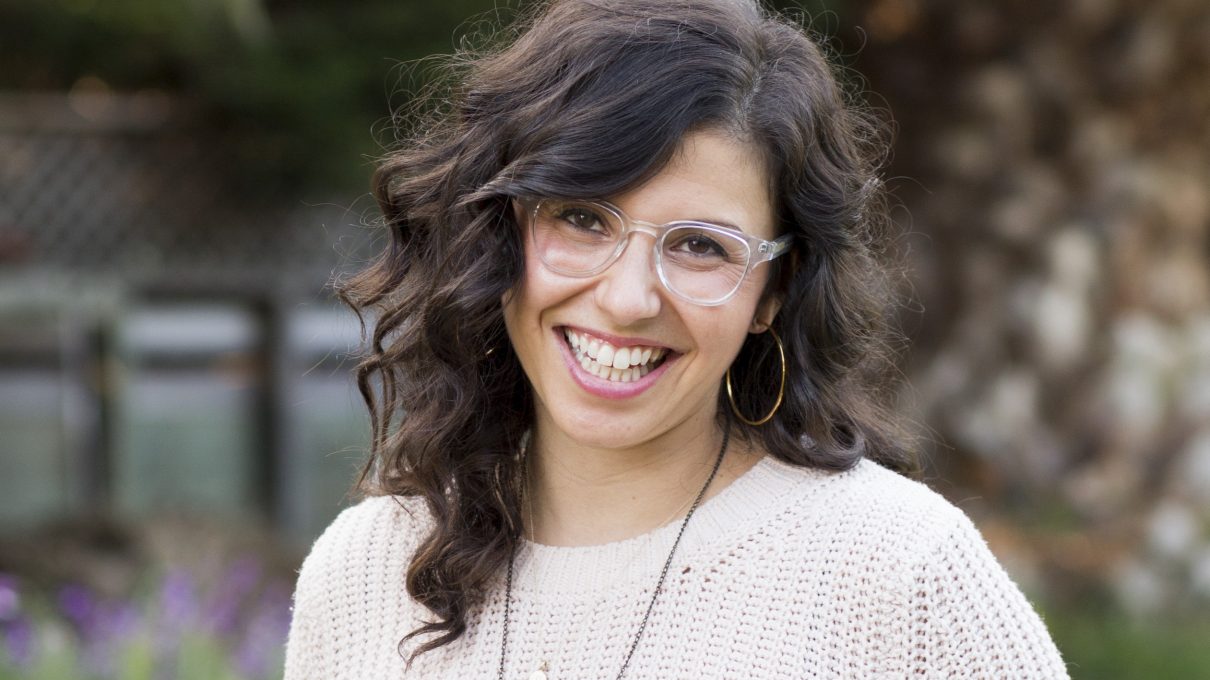 Allie Stark says “fuck” a lot. She’s honest as all hell, unapologetic, and sugar coats nothing. You’ll thank her later.

A testament to this? Her clients keep coming back.

Allie runs a booming wellness business. She’s a health and nutrition coach, a wellness consultant, and a yoga instructor. She coaches one-on-one with private clients, specializing in clients with chronic illnesses. She also facilitates large group therapy workshops, and gives workshops and talks in organizations. 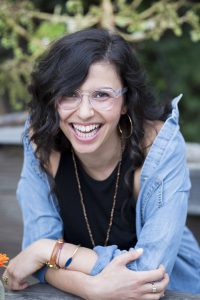 Before you start rolling your eyes about Silicon Valley’s commodification of Buddhism and all things woowoo, that’s not Allie’s style, and it’s not what she’s peddling.

“I’m getting more and more curt with people I work with about I’m-not-gonna-do-the-work-for-you. If you want a cheerleader, I’m not the right person,” she says with genuine impatience in her voice. “I’m being a hard ass because I fucking hate working with clients that expect me to fix their problems. That’s not truth. That doesn’t happen in life.”

In Allie’s view, our societal structure is based on extrinsic factors being cures. She believes that people become unhappy because they can’t ever get what they need from the outside. But she knows from experience that healing is work that one must do on and for oneself. As she pointed out, “most healers are wounded healers, which is why they get into their work.”

Most healers are wounded healers, which is why they get into their work.

Allie was “always kind of a sick kid,” constantly on antibiotics and feeling lousy. She got really sick in her late teens. She developed severe psoriasis but was able to get it under control. Later, at 22, she lost her voice for “a really long time.” She was achy, swollen, fatigued, and had digestive issues. It was a massive autoimmune flare up. She “never felt good, ever.” When she was 24 she was diagnosed with Celiac and stopped eating wheat. She felt better for a few months, then got super sick again. Finally she was diagnosed with Hashimoto’s Disease which causes the immune system to attack the thyroid. She was overmedicated by a factor of 300%, then had to go through a process of being weaned off the drugs, which entailed another year of “feeling really crappy.” It made her “incredibly anal” about her diet. She took a “ridiculous amount of supplements,” and started getting acupuncture.

They weren’t her best years but they did set her on the path that would eventually become her entire mission in life. Being sick made Allie interested in health.

But despite her work, she was still sick and often depressed. “I used to get sick like five times a year between ten and fourteen days every time. It was like a quarter of my years I was sick.”

Until one morning during grad school: “I just remember waking up and wondering why I called myself a sick person.” This was the beginning of her transformation. “Nothing was working,” she explains, “so why not just try to change the story and see what unfolded from there?” She had studied how much mental health plays a role in physical health it finally occurred to her it might be time to shift the narrative for her own life too. She had literally tried everything else. 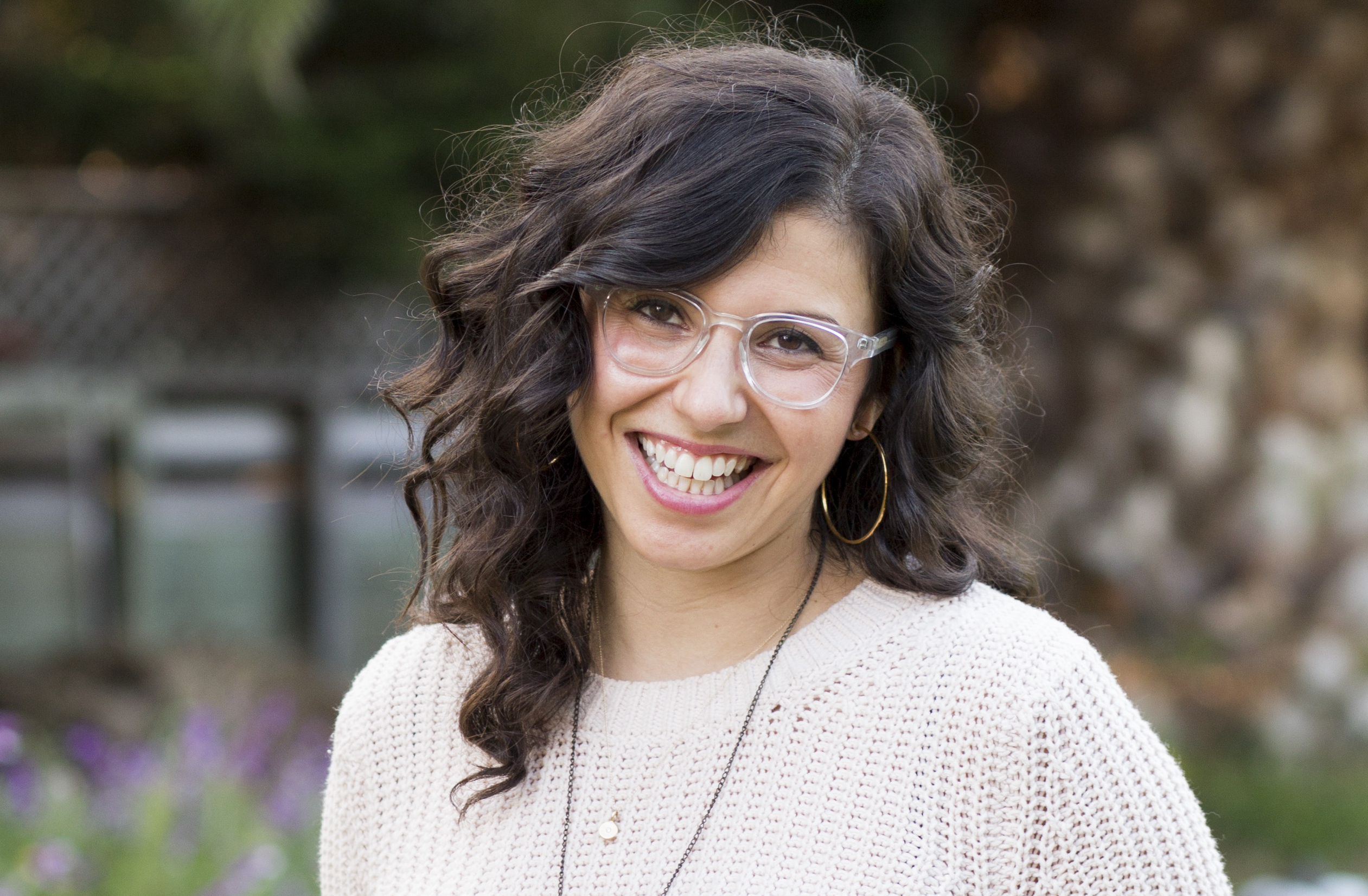 “When you’ve exhausted everything else you can do, and you’re stripped down to your soul, and you’re wondering how to get through [life] moment-to-moment,” she explains, “the only thing left to do is to go really deep inside of yourself.”

So she called her mom and dad and brother and wrote emails to five close friends. She wrote that she knew she had identified as a sick person in the past. She no longer wanted being sick to be her story. Allie asked that if they ever hear her talking about herself that way, that they call her out. She asked for their help in breaking the pattern. “I wanted to think of myself as a happy, healthy person,” Allie says. It wasn’t just about her physical ailments. She had also identified herself as a person who suffered from depression and decided to reject that narrative too.

It worked quite remarkably. Looking at Allie now, she is the image of health. She is full of life and energy and has clear, glowing skin and the body of, well, a yoga teacher.  “I wake up like four times a year and feel depressed for two days,” she explains, “but, like, welcome to being a fucking human being. I don’t have long drawn-out weeks, months of depression anymore.” She also hasn’t gotten really sick in over a year, “which is fucking crazy.” Allie was able to markedly improve her health and happiness through the stubborn, searching work of changing her narrative. And that—among many other things—is what she tries to help her clients do.

Allie finished her graduate studies three years ago and began with some coaching work at the San Francisco Department of Public Health as a program coordinator for a service that offered free chiropractors and acupuncture. She also taught yoga while she slowly started to build a coaching practice. “I’ve always had like seventeen jobs,” she states.  She worked for a period with a partner to create an integrative health program.

She then rebranded and went after the chronic health issue niche market. She partnered with two naturopath doctors who are her main referral system with clients. She started giving onsite talks and workshops. Fast forward through a few years of hustling, and here’s Allie now, still with seventeen jobs running it all as one impressive business out of her impeccably decorated Oakland apartment office.

Why are we all trying to be normal and not optimal?

She recently designed and conducted a one-month program she called Human Flourishing. “Why are we all trying to be normal and not optimal?”  This is what sets Allie’s philosophy apart from a lot of the current Silicon Valley mindfulness and wellness discourse.

“Mediocrity is fine rather than excellence,” she goes on, challenging the currently ubiquitous cult-of-productivity, “not perfectionism, but feeling like an optimal human being, being on you’re a-game which gets confused with being productive.”  Allie sees it as more complicated, more about “how you’re being in the world and does that feel optimal?”

Allie wants to write a book one day. She wants to do more public speaking and large group facilitating and have a small private practice on the side. But she knows that it’s all going to take time. “With some of the most successful people, what falls away the quickest is self care. I refuse to negotiate on that, so my goals may take me longer. I’m ok with that.”

Destigmatizing Mental Illness In The Church And Beyond
Carey Dunne
Immunologist, Heal Thyself

Survival Of The Fittest
Don’t miss one more amazing story.
Every week, we’ll send a few of our favorite stories to inspire you.
Send this to a friend
Scroll to top