Healing Her Gut Through Bread Baking 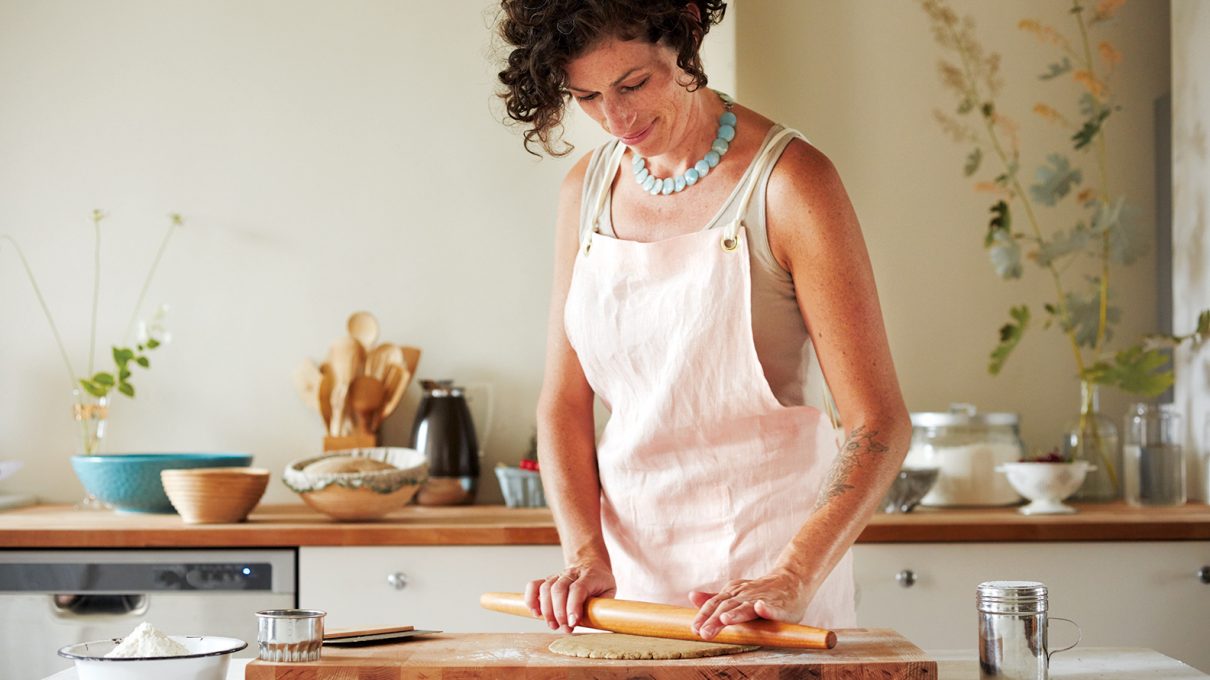 A blight had crept into the rose garden at the Brooklyn Botanic Garden, and Sarah Owens was beside herself. As a rosarian, or rose cultivator, Owens was in charge of the well-being of more than 5,000 roses at one of New York City’s largest public gardens.

The rose bush leaves were turning red, crinkly and brittle. Owens spent hours kneeling in the soil examining the plants and scouring research to formulate a recovery plan. At the time, Owens – now a baker, cookbook author and sought-after expert on fermented grains – was fresh out of horticulture school and working multiple jobs. The Botanic Garden had hired her to solve the rose problem, and she taught horticulture classes on the side. She was running herself ragged.

Severe bouts of diarrhea and vomiting frequently left her curled up on her apartment’s bathroom floor. Many days, she couldn’t go to work. She’d always had a sensitive stomach, but these symptoms were debilitating. “They cut into my work life and personal life, and forget about having any kind of intimacy,” she said.

Owens struggled with flare-ups for months. She’d be doubled over in digestive pain for days, then the pain would subside, only to start up again a few months later, and worse than before. It was a vicious cycle. One Friday after work, Owens planned to join co-workers at a Brooklyn bar to celebrate the birth of a colleague’s baby, but then her stomach started to convulse. She rushed home instead and spent the weekend in bed.

“I felt like I was missing out on life,” she said. “I couldn’t celebrate this really important life moment with the people who mean a lot to me.” That night was a turning point.

Owens was scared to get a bleak diagnosis, but soon after marched herself into her primary care doctor’s office. She tested negative for celiac disease and food allergies. Her doctor referred her to a gastroenterologist who ordered a colonoscopy – it was normal – and put her on antibiotics for bacterial overgrowth, which made the pain worse. Maybe it’s Crohn’s or Ulcerative Colitis, her told her. He suggested steroids.

Around the same time, one of Owens’ close friends had been diagnosed with Crohn’s Disease and was taking steroids. Owens watched her deteriorate. “That’s when I decided I wanted to try to take my health into my own hands,” Owens said. “I started to take a more natural approach, and to tinker around with my diet.”

Owens cut out processed foods and started eating more fruit, vegetables and meats. She started noticing grains like quinoa were irritating her stomach. She stocked her fridge with fermented foods like sauerkraut and kimchi to boost the number of good bacteria in her belly. She made herself sleep more; she took on less side work. It was a holistic approach.

“I realized a leaky gut was leading to all these symptoms,” she said, referring to a condition that occurs when certain foods, stress or antibiotics damage the intestinal lining, allowing food particles and bacteria to leak into the bloodstream. “I was doing too much,” she said, “and stress was exacerbating everything. I needed to heal my gut.”

“I was doing too much and stress was exacerbating everything. I needed to heal my gut.”

Shortly after, it occurred to Owens that the same method might also work in the rose garden. So she got to work replacing its soil with an organic, pesticide-free variety, and brought in perennial plants to diversify the garden and attract helpful insects. 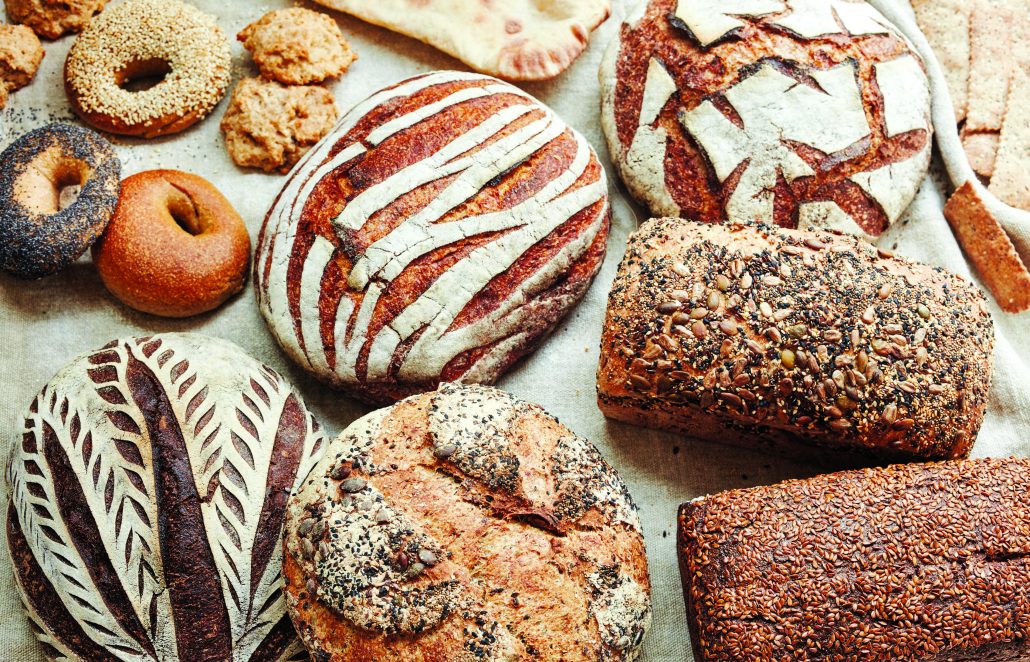 Owens has made a name for herself as a baker of artisanal breads.

Owens flew home to Tennessee for Thanksgiving that year feeling a bit better. One day she slipped away from family to browse in a local bookstore, and came across a worn paperback from the 1970s that caught her eye, “Adventures in Sourdough.”

Owens had always loved baking. As she dug deeper into the book, her background in horticulture helped her understand why fermented grains are easier to digest than others. Then a lightbulb went off. Maybe she could support her healing by combining her fondness for baking with her newfound appreciation of fermented foods.

She did just that. Owens started out baking with sourdough in her home kitchen. She found the fermentation process made it possible for her to digest the bread. “The alchemy is so magical,” she said. “I love creating in the kitchen. I love bread. I love a good crusty sourdough loaf made with heirloom or ancient grains.”

Soon, friends were asking for loaves. Eventually, she contacted the owner of a local CSA who agreed to include her bread among its offerings. Then, she took the plunge. She rented a wholesale baking space in Queens and started a subscription-based bakery – BK17 Bakery – after leaving her job at the rose garden. She uses only heirloom, stone-ground flours from small mills across the country and supports sustainable agriculture.

Now, she sells her handmade artisanal bread and cookies to customers around the U.S., including to those with chronic diseases. Sourdough has a lower glycemic index than other breads, and Owens counts people with diseases like diabetes as regular clients. She’s written two cookbooks, one a James Beard award winner, on sourdough and rustic baked goods and spread. A third book is forthcoming.

“Plants are like the human body. If you don’t feed them with a long-term view in mind, you can end up with some very serious issues.”

On a given day in her kitchen, Owens might whip up a batch of chocolate buckwheat cookies with sourdough and walnuts, or a grain-free and refined sugar-free tahini cookie with molasses, cocoa, almond flour and orange zest. Another favorite: a honey lace cookie with dark chocolate and bee pollen on top. Her cookies were recently photographed by a national magazine. She also experiments with homemade vinegars and brews kava, a fermented drink made from stale bread. 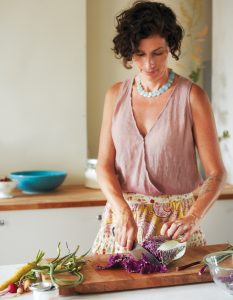 Sarah Owens hard at work in her kitchen.

Owens travels the globe to encourage an interest in fermentation. In Syria, she taught refugees to bake with sourdough. A bakery in Russia invited her to teach this year. She’ll also give workshops in Mexico and Australia.

She misses the Botanic Garden, but nurtures her passion for roses by caring for private gardens in New Jersey, Long Island and Connecticut.

Ultimately, the rose garden recovered, and so has Owens. Since her foray into the world of sourdough, her extreme diarrhea and vomiting have disappeared. “My immune system is a lot stronger,” she said. But she’s still susceptible to stomach trouble if she doesn’t take care of herself, and it’s the same for the roses.

“Once the roses are infected, disease never really goes away,” Owens said. “But if you take care of them, there aren’t as many detrimental effects. Their lifespan is longer.” 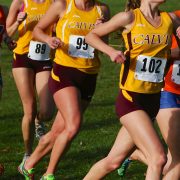 Running With Peaches
Gia Miller
Community Roundup: What Does It Mean To Be Vulnerable?

Kickboxing My Way Through Chemo
Don’t miss one more amazing story.
Every week, we’ll send a few of our favorite stories to inspire you.
Send this to a friend
Scroll to top