Hearing The Call Of The Tuba Thieves 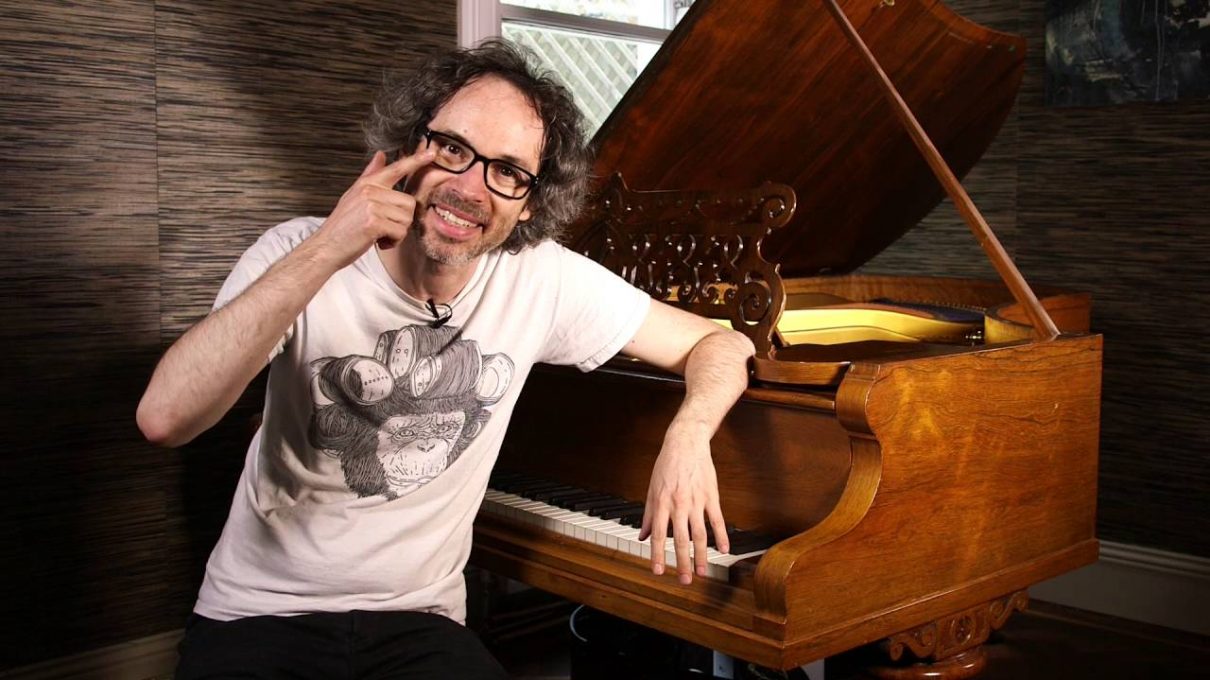 When Alison O’Daniel was a toddler, her parents knew something was wrong. Biting, pinching, kicking, and screaming, she constantly showed intense signs of frustration. It wasn’t until Alison was three, and they moved to the family’s first two-story house, that they figured it out. Alison fell down the stairs, and they realized something was off with her equilibrium. That led them to discover that Alison is hard-of-hearing.

Now grownup, Alison is a visual and performance artist and filmmaker whose installations mix both mediums together. Her work is informed by her hearing, and the unique way it shapes her experience of the world. Although still sometimes frustrated, it is no longer about an unknown condition, so much as it is by large existential questions such as the political nature of the art world, what it means to be an artist in a classist system, and how to observe the stars.

Folks sat down with O’Daniel to talk about the intersection between her hearing and work, as well as things  that are “not meant to be articulated.”

When did you start making art? And when did it go from making art to deciding, “I want to be an artist”?

I grew up with my grandma, who was an artist. She made Swedish folk crafts and paintings. My aunt and uncle are super ’60s hippy potters. They built their own house with a studio in the basement in the countryside in upstate New York, so that was my example of being an artist. I aspired to be like them. I thought they were the coolest people ever. Their lifestyle was super attractive.

When I was a kid, I was a figure skater, and I think that’s when I really started being an artist. When I was in high school, I stopped figure skating ,and moved into theater. I didn’t understand performance art yet, but I was trying to pull theater into that, because maintaining a central focus on the body in space was the way I began my art.

I also started taking visual art classes in public school, which was liberal but very two-dimensionally focused. Then I went to art school. I never even questioned being an artist, but now I do, with practical questions.

What are those practical questions?

I have a thousand million questions. What are the politics of the art world? Why is it such a class-based system? What do you do a few years out of art school when you are faced with the demands of daily life? Like I said, practical questions.

Any recently stumbled upon answers?

Not fully formed answers, but some suspicions that I have to turn this part of my brain off for a while and give myself a break. How do you prioritize love and making? I’m thinking a lot about a statement that’s in my film, The Plants Are Protected. The closed captions are a quote from a physicist who once wrote to [famed Russian director Andrei] Tarkovsky about the experience of watching his film: “You have to watch it like you look at the sea, the stars, the landscape.” The answer for me now is in this sentence.

Can you tell me about your hearing loss?

Sure. I have what’s called binaural hearing loss. It’s in both ears, about the same degree in both. I have to use hearing aids, and I read lips.

Every person’s hearing loss is radically different, and that’s interesting to me. I have “moderate to severe hearing impairment.” I have a hard time hearing consonants. I lose a lot of what’s said in speech, but I’ve compensated with a highly developed skill set. I fill in the gaps, so I can keep up really well… so well that most people have no idea that I’m hard of hearing. I have long hair, so you can’t see my hearing aids, and I don’t have a speech impediment.  I’m losing a lot with speech all the time, but I have a highly developed skill set for compensation. I can fill things in and keep up really well.

How does it play into your day-to-day life?

It plays out in miscommunications. I’m constantly having awkward interactions and it takes people a while to realize what’s going on. I’m not shy about it at all; I’m a total advocate for myself. But I’m 36, and I still experience daily  frustration trying to get things to work.

First encounters [with new people]–I would go as far as to say they can be traumatizing. I feel like I have a cumbersome relationship to social interaction. People often feel I’m cold or standoffish or bitchy, just because I’m missing many of the things that are being said. I overcompensate by being nicer than I necessarily have the impulse to be, but really, I just want to stand and observe.

Does it bother you when people are always asking how your hearing informs your work?  I want to ask that but I don’t want to pigeonhole you.

We’re in a cultural moment that’s so much about diversity, which is fucking awesome. But at the same time, I don’t want to be a woman artist, I just want to be an artist. But I think the awareness is good because, for example, it draws attention to the language we use. For example, for those who are hard of hearing, the term “hearing-impaired” is super offensive because impairment implies something has been taken away. I want my experience to be my own starting point, like it is in my art. I start from where I am, and it has opened me up visually to being able to perceive the world in beautiful ways. How is that impairment?

OK, take your film, Night Sky. How is it informed by your relationship to hearing?

I kind of consider that a self-portrait. I was trying to get to the bottom of the ambiguity of my experience [as a person who is hard-of-hearing]. The choices about the characters, their relationships, the visuals: they’re all designed to be hard for the viewer to place.

There’s a scene where a girl puts her hands on a fence, and when she does, the fence becomes a transmitter, almost like hearing aids. The voice that comes through to her then is a monologue by a deaf woman.

So you’re changing that in your current work? What’s the new direction?

Yes. My current project, The Tuba Thieves, is unfolding in an untraditional way. I started this one in 2013 and I have no idea when the end is. It’s a direct reaction to Night Sky.

My good friend and collaborator Ethan Frederick Green died this year, and that’s on my mind a lot. So he is 100% not accessible to me any more and I’ve been thinking of how to honor that relationship.

Ethan worked for me over a long period of time on the music in Night Sky. He made changes as the edit went along which is a long, laborious relationship for a composer. I was touched by that role, so for The Tuba Thieves,  I wanted to flip our roles. I had him write music, and then I would direct a film that responded to his audio.

What’s the meaning of the title? What’s are the ideas you’re exploring in The Tuba Thieves?

A while back, I started hearing about tubas being stolen from high schools. I thought that was a weird and crazy crime epidemic, so I started keeping notes. The press always talked about the thieves, but I wondered about the students: what happened in their band classes, and how did the music they had to play sound without tubas? You know, the micro-narratives nobody was talking about. So I started reaching out to band directors, and visiting the schools to talk to the students. That’s where the title came from, even though the film itself has neither tubas nor thieves in it.

The film is based around a woman who is a deaf drummer who was featured in Night Sky. I asked two other composers besides Ethan to write a musical score, then gave them a random list of things to consider, which I would write the film about. The goal was to do the film backwards; I wanted the elements of real-life and the relationship of the drummer and the composer to be what pushed the film into shape.

It’s not done yet, but I have a finished screenplay, and I show it at installations, even though it has missing parts. It’s like that quote that obsesses me: the experience of watching it is how you look at the sea, the stars, a landscape. It’s experiential beyond language. Everything is touching and connected, but the way it is connected is ephemeral.

Editor’s note: This interview has been edited for grammar, length, and clarity. 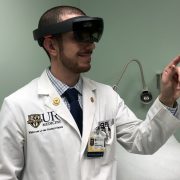 Ladlefuls Of Space-Time
Don’t miss one more amazing story.
Every week, we’ll send a few of our favorite stories to inspire you.
Send this to a friend
Scroll to top