How Getting A Puppy Saved My Health

Getting a dog didn't immediately cure me of depression brought on by my host of chronic illnesses. But Rusty still spurred me to set up much healthier habits for myself.
anxietyarthritisdepression 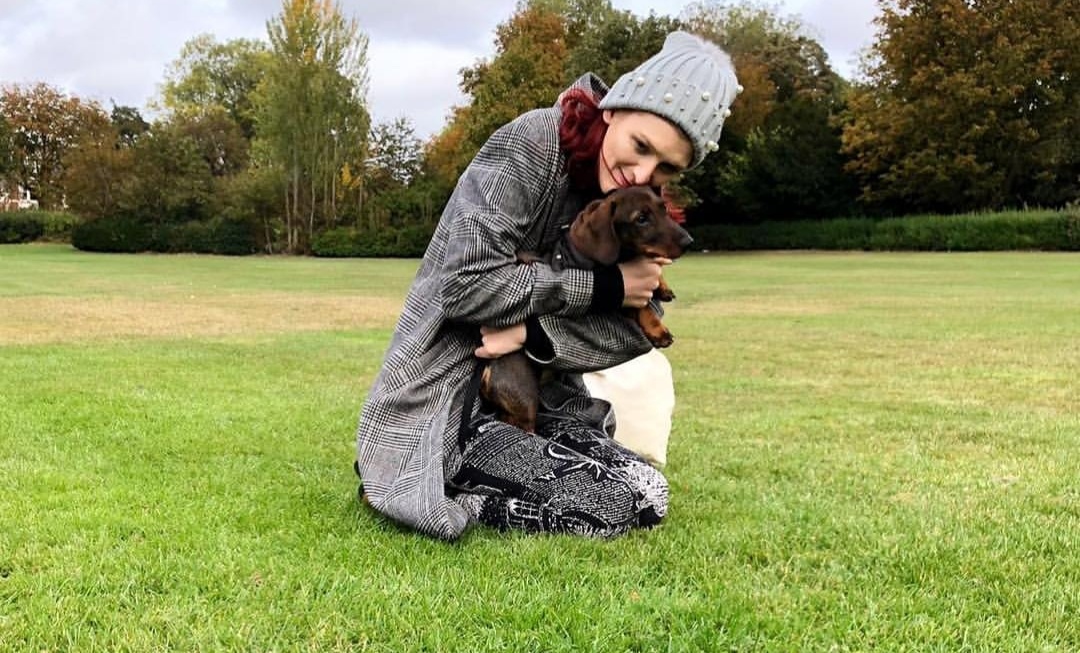 In July 2018, I felt like I was drowning. Due to my smorgasbord of illnesses—including lupus, arthritis, dyspraxia, depression, PTSD, anxiety, PCOS and osteoporosis—I struggled to get out of bed most days. I was distancing myself more and more from my friends and my partner. One more thing, and I thought I might just my give in.

And then, suddenly, things seemingly changed.

On July 27th, my partner and I met a Dachshund puppy named Rusty. As soon as he saw us, he toddled away from his mother and siblings to check us out. Instantly, it felt like we were his. We took him home: he had chosen us.

I took such strong ownership of Rusty that I basically shut out my partner in the day-to-day duties of taking care of our new dog. I finally felt like I had a reason to get out of bed every day. Here was a creature that was helpless. If I didn’t feed him he wasn’t going to be fed. If I didn’t watch him, constantly he could get into the wires behind the television or rip up my carpet. He had unfathomable amounts of energy that needed expending through lots of walks. I had to put him first. And I had to be a good role model for him.

The thing with puppies is that they’re a complete blank canvas. They learn all their behaviors from you. So I knew that if I was constantly grumpy, disconnected, and depressed, he would grow up to be needy or aggressive. He gave me the focus I needed. No matter how dark the world got, I no longer had the luxury of staying in bed every day. My dog needed me.

No matter how dark the world got, I no longer had the luxury of staying in bed every day. My dog needed me.

For a while, my impetus to protect this creature I loved made it look like I was magically fixed. But the reality was much different. I slowly realized that instead of working through my problems and allowing myself to heal, I’d been using my puppy as a distraction and a smoke screen for how I was really feeling.

Tortured by dark thoughts, I still wasn’t sleeping well, but I told myself this was due to him waking me up in the middle of the night. I was also skipping meals, which I justified because I was always taking care of him, but the truth was, this was another symptom of my depression: I often starved myself when I was depressed.

So while I loved my new puppy, it wasn’t so much that getting him had changed things for me, as it was that he was now justifying many of my previous destruction behaviors. If I cut myself off from my friends and family again, I could say it was because of Rusty, when in truth I couldn’t bear to leave the house or risk them seeing my sunken eyes and lank hair.

The turning point came about a month after Rusty came into my life. He was teething, and we’d had a particularly trying day in which he’d destroyed much of the furniture, and even nipped me a few times. I was exhausted, and felt very down. When 6pm came and my boyfriend walked through the door, he found me crying by the doorstep, with Rusty begging for attention at my heels.

This was when I finally had to be honest. Rusty gave me so much joy, but I was still struggling. I felt out of my depth and like I was sinking again. For an hour, I sobbed to my boyfriend, while Rusty put his head in my lap and looked up at me with adoring eyes. That’s when I realized that as much as I wanted to protect Rusty, he wanted to look after me too. And since he couldn’t, not really, I needed to do it for myself.

That’s when I realized that as much as I wanted to protect Rusty, he wanted to look after me too. And since he couldn’t, not really, I needed to do it for myself.

I made the active choice to start listening to my body and trusting my intuition. I worked on not putting myself down constantly and tried my best to sleep, refusing to use Rusty as an excuse for doing what was bad for me. Same with food. Though it was hard, both mentally and physically, I pushed myself to eat breakfast and lunch at the same time as Rusty: I couldn’t make the excuse that I didn’t have time to eat if he was doing the same thing.

And over time, things legitimately improved. Rusty and I spent most of our time on the beach, and the constant exercise meant that my strength increased, I became less depressed, and I started sleeping well again: it’s hard to focus on how much you hate yourself when the sea air is almost knocking you off your feet and you’re chasing an excited puppy down the sand.

Going through this with my partner alsomade it easier to be honest with him. After my initial breakdown, I learnt that sometimes I just needed to swallow my pride and admit that I couldn’t do everything for Rusty by myself, and that I didn’t need to: we were a team. That realization has seeped into all aspects of our relationship, making the grey areas a lot less grey and helping us both feel a lot more secure in who we are a couple.

Although we walk a lot and spend a lot of our days busy, dogs also need a lot of rest. One of Rusty’s favorite things to do is curl up with me and have a cuddle.. Through this I’ve learnt to give myself a break and accept that naps are perfectly OK. (Actually, they’re even better than OK: naps are great!)

All my dog sees is his mama. I’m one of the greatest people he knows, so why shouldn’t I celebrate that?

The important thing I’ve learnt in the year that Rusty has been in my life is to step outside of my own head, and try to see myself through his eyes: the eyes of someone who adores me unconditionally. He doesn’t care I said something I considered stupid, or that I haven’t bothered with makeup  He doesn’t think I’m useless, stupid or a horrible person.

All my dog sees is his mama. I’m one of the greatest people he knows, so why shouldn’t I celebrate that? 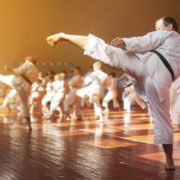 Dragon Boats Vs. Breast Cancer
Don’t miss one more amazing story.
Every week, we’ll send a few of our favorite stories to inspire you.
Send this to a friend
Scroll to top