How Birdwatching Helps Save Me From Chronic Pain

'Peace and patience' are rare commodities when you live with pain... but a day spent birding is an extra day added to your life.
ankylosing spondylitisbest ofchronic pain

I was a sickly, underweight nine-year-old using borrowed skates in the playground when one leg went east and the other west. That dark night, deeply in shock, my hospital bed was packed with sandbags to stop me moving. Full of morphine so the shock would wear off before surgery, I was fearful of the long sleep so, to stay awake I grasped onto and befriended my pain. This strange relationship with pain and disassociation with physical reality augured a life beset with, but not defined by physical dysfunction.

Even after I was out of the hospital, I spent a year barely walking, and doctors told me that perhaps I had some underlying condition, which would turn out to be ankylosing spondylitis. Struggling to find alternatives to bed, books, and boredom, my Dad took me to the lake, where we drowned worms and watched wildlife while fish ignored our bait.

One day, quiet and still on the water’s edge, a kingfisher landed on my rod, dived for a minnow, and flew away. He left behind a birder.

Almost sixty years after that kingfisher landed on my fishing pole, I still fish a little, but my lifelong passion is birding… and in watching birds, these everyday miracles of feather and flight have helped save me from the pain, depression and tiresome routines of a life of chronic illness.

These everyday miracles of feather and flight have helped save me from the pain, depression and tiresome routines of a life of chronic illness.

For two decades now I have been defined by birds and birding; writing about birding under the name ‘Fatbirder’ (the curvature of my back may be fickle fate, but the curvature of my front is mostly overindulgence.) During that time, I have traveled the world to see new birds, and found where the developed world makes a big deal out of the cost of making things accessible, the third world uses their ingenuity. (At home, it can take a week to get a wheelchair puncture fixed and months to install a ramp, in Kenya a puncture was repaired in minutes and a ramp installed between arrival and lunch an hour later!) Those travels are recorded in my book, A~Z of Birds.

Through birding, I have come to appreciate the ‘social model’ of disability. The disease or injury you have isn’t what disables you: it’s society’s response, (or mostly lack of it) which is disabling. The advantage of this concept of disability is that it stops you from seeing yourself as the problem, or relating to the world only through your disease or injury. Pursuing that model is just and proper. Moreover, when you stop relating to the world only through its interface with your infirmity you can transcend the labels that society often applies.

For me that transcending behavior is watching birds.  One could be quite simplistic and assume it’s all about the freedom of flying that birds embody. Our earth-bound bodies seem a poor second to the three-dimensional life of birds. What we must do at rest, some birds do on the wing. Some, like Swifts, fledge and stay airborne for as long as four years eating, mating and even sleeping high in the sky. But it is so much more than this.

Our earth-bound bodies seem a poor second to the three-dimensional life of birds.

It is hard to define the magnetic attraction of observing birds. Yes, they master an element we have taken millennia to even enter. Yes, many have intrinsic beauty. Yes, their songs can transport you to a concert hall or haunt you with their sadness, and yes, many show amazing intelligence despite their tiny brains. The truth has many levels from beauty to awe, from the loyalty of life mating storks, to the super-fast voracity of a hawk or the plaintive call of a curlew on a moor. For me, it is that I become captured by their movement, haunted by their song, inspired by their jeweled or cryptic plumage. It is no one aspect, nor even all aspects, but the fact that I become lost. And in becoming lost, I lose my pain, transcend my physical restrictions and forget the daily drudgery of medication and disabled daily living.

The novelist wrote ‘I am camera’, not ‘I am a photographer’. Somewhere around twenty years ago I stopped being someone who watches birds and became ‘birder’. I watch birds, make a living through birds, write about birds, travel for birds, and  passionately defend birds against habitat destruction. Birding doesn’t just define me: it saves me from myself. It’s not only mindfulness, although doing what you enjoy definitely does you good. Bird song is the choir and nature the cathedral that define my spirituality, taking my soul where the frail body cannot go.

Birding doesn’t just define me: it saves me from myself.

In 1653, in ‘The Complete Angler’ Isaac Walton talked of Sir Henry Wotton, describing him as… ‘a most dear lover and a frequent practicer of the Art of Angling’; of which he would say, “‘Twas an employment for his idle time, which was then not idly spent, a rest to his mind, a cheerer of his spirits, a diverter of sadness, a calmer of unquiet thoughts, a moderator of passions, a procurer of contentedness;” and “that it begat habits of peace and patience in those that professed and practised it.”

All of which could be said about birding, but in spades. ‘Peace and patience’ are rare commodities when you live with pain, the daily grind of taking hours to achieve what able-bodied people can do in minutes, or the frustration of seeing what is often out of your reach. Those vicissitudes rob you of days, but a day spent birding is an extra day added to your life. 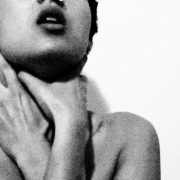 GERD and the Midnight Gurgle
Su-Jit Lin
Meet The Sisters Of Invention, Australia’s Pro-Disability Pop Stars Are Doctors And Patients From Different Planets?
Don’t miss one more amazing story.
Every week, we’ll send a few of our favorite stories to inspire you.
Send this to a friend
Scroll to top