How I Beat Postpartum Depression

One in seven women experience postpartum depression. So the trick is knowing you're not alone. You just need to find your tribe.
depressionmental illnessmotherhood

“I cry so much I worry he will remember his childhood filled with tears. I cry because there are so many things I don’t want to forget—the way he pecks like a bird for my breast and sometimes mistakes his knuckle for me, his little knee bent while he feeds … his noises, his smell—oh God, his smell.”

“It’s just that sometimes I am a robot playing his mother. I still don’t know how to be his mother. I am always looking out of the robot’s eyes, never sure completely whether I truly feel this thing or that, or if it’s because I ‘should’ feel it.”

I wrote those words in my journal a few months after giving birth to my oldest son in 2010. The joy of bringing a new child into my family was often clouded over by moments of intense depression and anxiety, which lingered untreated even up to a year and a half later.

Sometimes I would write about “the robot.” On darker days, I wrote about hurting myself, what it would be like to just not live anymore. I was instantly aware of how selfish it sounded for a mother of an infant to think about killing herself. That guilt made the situation even worse—and of course, harder to talk to anyone about.

I was not supposed to feel like this. My Facebook feed was filled with beautiful photos of softly swaddled, happy infants and mothers (in fact, I had put more than a few of those photos out there myself). Everywhere there were blog posts and even strangers in Target admonishing me to, “make every minute count” because “they grow up so fast.”

Was I supposed to make these minutes count, the minutes when I lay in bed, running a finger over my numb c-section scar and crying myself to sleep? I just wanted those minutes to be over.

As my baby grew older, I would structure my day around his naps, scheduling work that needed to be done in the hourlong scraps of time I thought I could rely on. When he didn’t fit into that schedule, I sank deeper into the hole. I was exhausted. There was never a time I didn’t feel like someone needed something from me, and there didn’t seem to be much left to begin with. 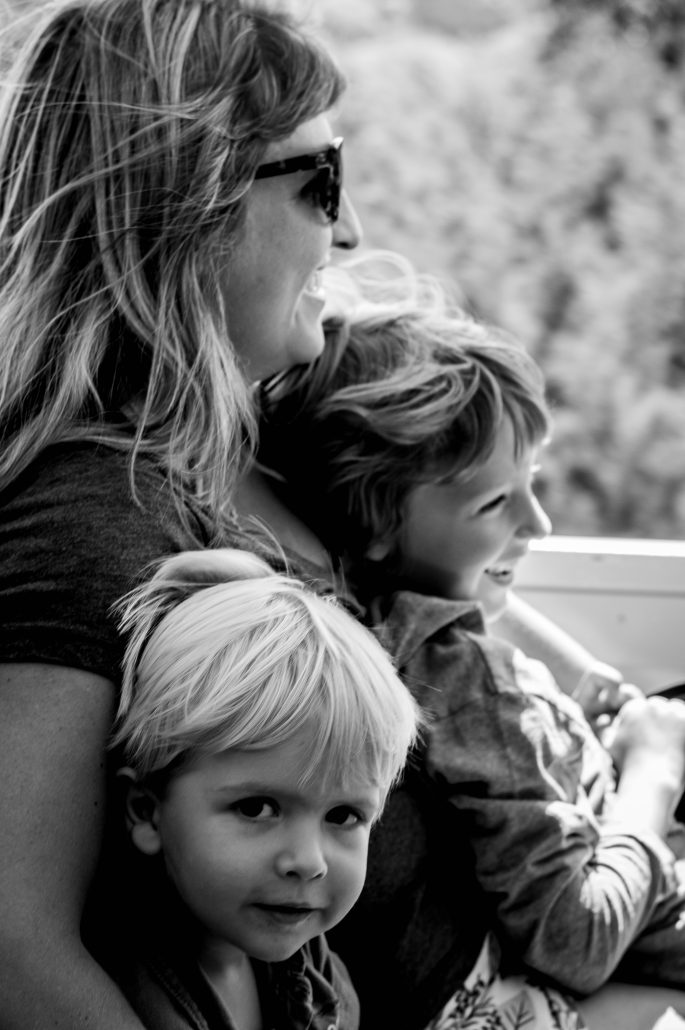 The author and her two sons today.

Complicating matters was the fact that I lived in a small town in Michigan. On the days I felt strong enough to advocate for myself and get help, I dialed number after number of psychologists and psychiatrists. I had the benefit of good insurance through my husband, but I was turned away due to not enough supply of mental health professionals to meet the local demand. One therapist told me, “I’ve got a waiting list for my waiting list.”

I called the local hospital one day and pleaded to be connected to someone who could help me. I was having thoughts of self-harm, I told them, but I wasn’t able to find a therapist who could see me. They asked if I had Medicaid to qualify for mental health services. I did not. They didn’t have any alternatives to the crossed-out list already in front of me, and I hung up, dejected once again. Moments later, my phone rang from my local 911 dispatcher. Was I OK? She had received a call from the hospital. How could she help? I laughed into the phone. “Can you find me a therapist?”

My phone rang from my local 911 dispatcher. Was I OK? I laughed into the phone. “Can you find me a therapist?”

When my son was about 15 months old, I finally got help. I started seeing a therapist once a week. It wasn’t a cure-all solution, and I still battled depression off and on. My therapist made me sign a contract that I’d call 911 or go to the ER if I had more thoughts of self-harm. I spent one January night sitting in the parking lot at the hospital, debating whether I should check myself in or not. Where would they send me? What would happen to our son? I was his primary caregiver in those days.

Slowly the fog lifted. With the help of my therapist, I was able to look at my situation with a bit more clarity and compassion. I needed help, and not just psychological help. I needed help taking care of my child, time for my own work (which had fallen by the wayside) and self care.

I didn’t know it at the time, but I also could have benefitted from a community that could help me navigate this transition into motherhood. I realized how isolated I had become. My family was scattered several hours away. I had few good friends in those days who were parents. I had always been so independent and self-reliant; the benefit of reaching out to a group of people who was going through what I was going through was a foreign concept to me.

The next time, I would change all of that.

In 2014, my husband accepted a new job in Texas, and I discovered that I was pregnant with our second baby. As we drove our loaded-up minivan across the country, I plotted how I would do things differently. And if I was lucky enough to escape postpartum depression this time, I vowed to do something to help other women in my situation.

If I was lucky enough to escape postpartum depression this time, I vowed to do something to help other women in my situation.

The first thing I did was create an online community, a private Facebook group, for other people who had struggled with postpartum anxiety and depression, and therefore could understand what each other were going through. Here we could speak openly and frankly in a nonjudgmental setting. I spread the word among all the parenting groups I knew, and instantly I connected with several people who understood my exact struggle.

That spawned real-life group therapy sessions, where local moms shared their stories with a local therapist, and we all helped each other come up with strategies and coping mechanisms.

I started volunteering for the Pregnancy and Postpartum Health Alliance of Texas, eventually earning a scholarship to study to become a postpartum doula specializing in helping mothers with postpartum depression and anxiety. I had never heard of a postpartum doula before—essentially, they provide the extra hands and hearts of a surrogate family member, coming in to help new mothers after the birth of their babies with everything from practical day-to-day tasks like washing dishes and playing with older siblings to just listening to moms and dads and their challenges.

These experiences opened my eyes to the heartbreaking reality of postpartum mood disorders.

Before when I struggled alone, I kept telling myself “this can’t be the reality for most women,” but unfortunately, in my talks with other mothers since them, I have found that suffering in silence is quite common. The American Psychological Association estimates that one in seven mothers experience postpartum depression.

The intrusive thoughts associated with postpartum anxiety and OCD are actually very common, and with help, can be managed and overcome.

We are conditioned not to talk about these symptoms. I learned that the intrusive thoughts associated with postpartum anxiety and OCD are actually very common, and with help, can be managed and overcome. However, because of headline-grabbing cases of women who harm their children due to postpartum psychosis (a rare but serious postpartum illness), we are frightened into not speaking the words that actually have the power to help us heal.

We have such a long way to go before women suffering from postpartum mood disorders are properly cared for and supported in a comprehensive, meaningful way and feel comfortable speaking their truth without fear, but I hope that essays like this in some way help to further the dialogue.

It’s almost guaranteed I will hear from other mothers after they read these words. Whenever I speak out about postpartum mood disorders (it’s becoming a bit of a soapbox for me), friends message me sharing their own stories that they too have suffered or are currently living in the shadow of postpartum depression or anxiety.

Talk to someone…you’ll be surprised at the number of people who will feel empowered by your act of strength.

For women living in rural communities or areas without access to mental health resources, my best suggestion is to talk to someone–a friend, your partner, your OB or physician. Maybe you can find (or form) a group like I did.

You’ll be surprised at the number of people who will feel empowered by your act of strength, even if you don’t feel very strong. Talking about postpartum mood disorders rather than living in the shadows is the first step toward taking away their power and finding your own once again. 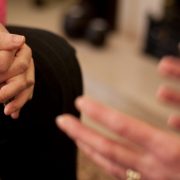 How To Go To Therapy
Gia Miller
The Sexpert Helping Bring Self-Love To Everyone Fighting Cancer Among The Q’eqchi’
Don’t miss one more amazing story.
Every week, we’ll send a few of our favorite stories to inspire you.
Send this to a friend
Scroll to top