How I Became A Pink Person

I never really liked the color pink. But then I was diagnosed with breast cancer, and pink became the color that connected me to fellow survivors.
breast cancercancer 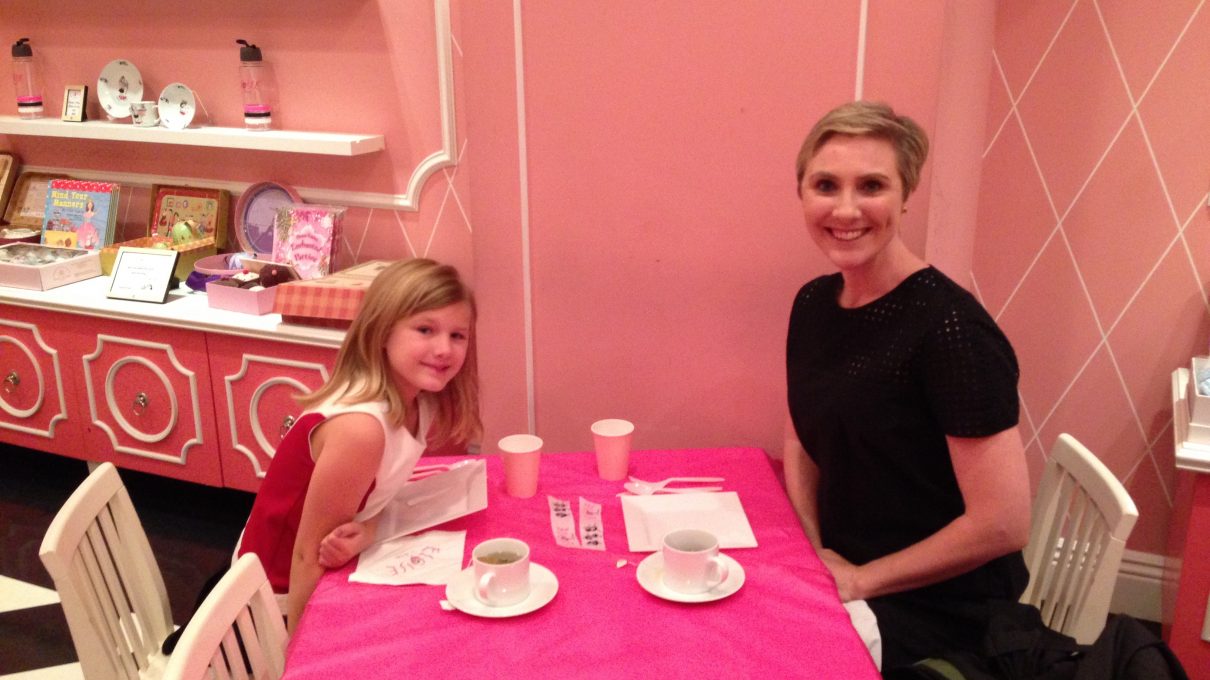 The first time I saw what cancer looked like I was in a science museum with my kids. The exhibit, which focused on microbes, had floor-to-ceiling images of cancer cells and microscopes set up to take a closer look at these rogue cells. I was fascinated and horrified all at once.

This was a few months after I was declared NED, or “No Evidence of Disease,” after a three-year fight for my life. In November 2012 I was diagnosed with Stage IV inflammatory breast cancer. And standing there in the windowless space, staring at the spiky microtentacles of the cancer cell, brought me back to the moment I found out I had breast cancer.

My mind could not process this invisible thing that was ravaging my body. Hearing the doctors talk about cancer cells and tumors and the rate of growth was overwhelming. How could these cells—this cancer—be doing all this damage all while I was at the park with my kids, brushing my teeth, making dinner? Seeing a scan or reading a chart detailing my tumor’s cellular makeup didn’t make it any more real.

Enter the color pink. I had never been a pink “person.” It was just another color, something I associated with candy or ballet tutus or my grandmother in Florida. But suddenly pink became something tangible, something to touch and to see when everything else in my world seemed either colorless (chemotherapy) or invisible (radiation). Pink became the color of my cancer, the color of my world.

When I see a pink ribbon on a shirt, on a license plate, or on a suitcase at the airport, I can say: yes, that person has felt it.

And it gave my family and friends and those around me something to rally around, something to say: this is what I’m fighting for.

Pink did something else. It gave me a touchstone to other patients and survivors. People don’t realize how isolating and lonely it is to be so ill, how you can be constantly surrounded by people but feel so alone. When I see a pink ribbon on a shirt, on a license plate, or on a suitcase at the airport, I can say: yes, that person has felt it. Felt it themselves, watched someone they love suffer, supported someone into survivorship, said a heart-wrenching goodbye. It’s almost a physical sign: we’re all in this together.

We don’t, by contrast, bond over cells or, worse, crazed tentacle-covered blobs.

A Color That Connects

When I see pink, I always ask: are you a survivor? I feel a connection, even if it’s just for a few seconds. I have a collection of pink pins given to me by total strangers who support breast cancer research. One is a slim metal pin studded with deep pink rhinestones, a gift from a woman in a restaurant in California. Another is a soft, light pink fabric ribbon from a flight attendant in New York who wore it to support her colleagues. One is from a march in San Jose, an oversized neon pink metal pin that takes up an entire buttonhole on my shirt. I treasure them but also feel it’s my duty to pass them on, like a baton in a relay race. For me the color pink is a reminder that we are all fighting, recovering, persevering.

When I see pink, I always ask: are you a survivor? I feel a connection, even if it’s just for a few seconds.

Should I embrace another color now that I’m in remission? Something classically optimistic like green? Or purple, the universal color of cancer survivorship? People ask me this. But the color pink and breast cancer will always be a part of my life in some capacity. I have the BRCA gene that puts my kids at risk for cancer if they test positive for the gene. That makes me pink pretty much forever. To me it’s a reminder to be vigilant, and to never forget. Last year, 250,000 women in the U.S. were diagnosed with invasive breast cancer.  More than 40,000 women are expected to die from breast cancer this year in the U.S.

Until that number is zero I will be wearing pink, in all shades.

How Charlie Brown Helped Save My Best Friend's Life
Breena Kerr
This Deaf Medical Student Is Using Microsoft’s HoloLens To Fix A Huge...

A Hopeful Lens
Don’t miss one more amazing story.
Every week, we’ll send a few of our favorite stories to inspire you.
Send this to a friend
Scroll to top