How I Diagnosed Myself Reading ‘Alice In Wonderland’

After years of being ignored by doctors, reading Lewis Carroll led to me finally putting a name to what was 'wrong' with me.
alice in wonderland syndromedysmetropsiadysmorphia 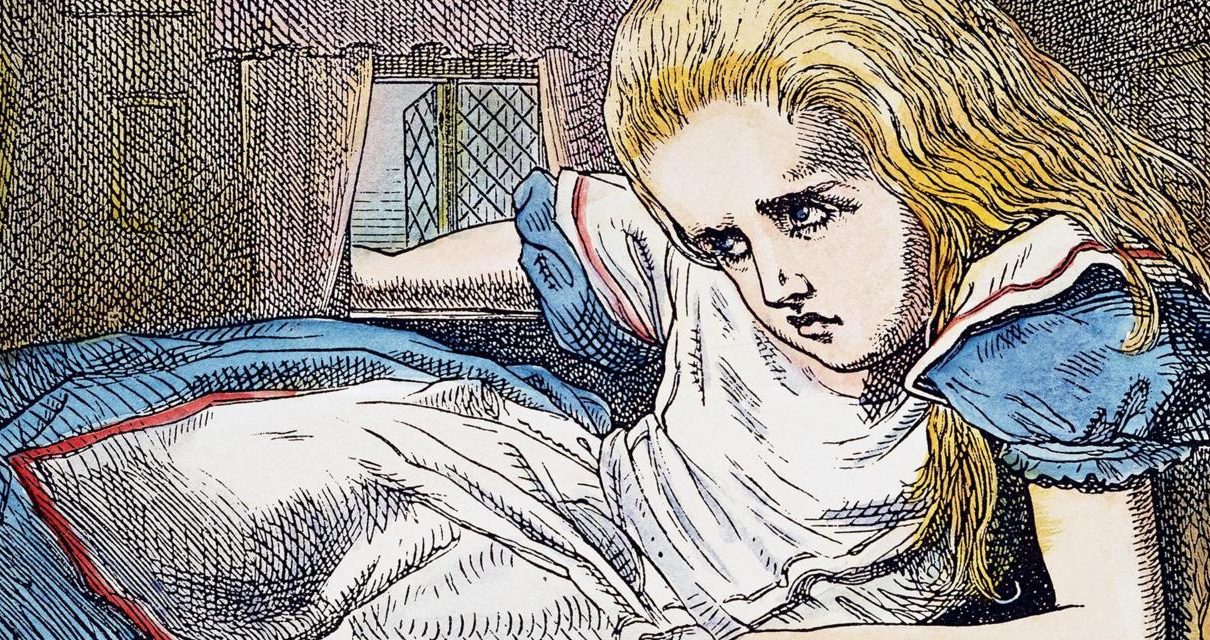 I always assumed that everyone experienced sensations where their limbs would feel like they were growing or shrinking. That sometimes, when they were trying to sleep, their skull would feel like it was diminishing in size, as mine often does, and becoming a distant dot within their own head.

When I found out that most people did not feel this way, I’d still casually tell workmates that my skeleton felt too large for my own skin that day, hoping they could relate or understand. But they didn’t. Nor did the scores of doctors who I told about my symptoms over the years. I got used to their blank, bemused stares, their well-intentioned reassurances that it was all probably nothing to worry about – even if nobody seemed to have the slightest idea how to explain it.

I’ve been suffering from what I now know is commonly called Alice in Wonderland syndrome (also known as Todd’s syndrome or dysmetropsia) since I was about nine years old. But I only recently fell down a rabbit hole and found out that’s what I had. As it turns out, finding a diagnosis was as simple as looking at my favorite childhood book.

Written in 1865 by Lewis Carroll, Alice in Wonderland tells the tale of a young girl who falls down a rabbit hole into a logic-defying fantasy world. Throughout it, young Alice is puzzled by the peculiar nature of the new world she finds herself in: in particular, the way her body appears to grow and shrink in size while she traverses through Wonderland. And according to a 2016 clinical and pathophysiological review of the syndrome, the he sensations Alice feels when her body changes size match almost exactly the somatic delusions known as a Macrosomatognosia (in which a person experiences their body as larger than it is) and Microsomatognosia (in which a person experiences their body as smaller than it is). 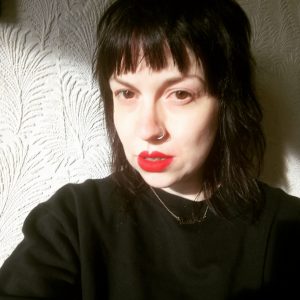 As a child, I could relate to Alice’s sense of disorientation after sipping from a bottle marked ‘Drink Me’ and “opening out like the largest telescope that ever was.” I remember one of my first and most terrifying experiences on my way home from a friend’s birthday party. Sitting in the backseat of my dad’s car, I suddenly felt as though my torso was becoming microscopic—a fleshy crumb on the backseat—while my arms appeared to be doubling in length. I sat silent with horror as I struggled to comprehend the sensations I was feeling. Even my lungs felt like they were shrinking. The sensation didn’t subsist for hours: at home, I lay in a bed that felt like it was three times the size it should be, sobbing with dread as my circuits overloaded with dysmorphic sensation.

Feeling like you’re growing or shrinking or both at the same time isn’t an easy experience to put into words, and at nine years old it was even more difficult. Perhaps Alice puts it best in her conversation with the Caterpillar: “I’m afraid I can’t put it more clearly for I can’t understand it myself to begin with … being so many different sizes in a day is very confusing.”

Like Alice, I have felt isolated through much of my life by my inability to articulate what I am feeling.

Like Alice, I have felt isolated through much of my life by my inability to articulate what I am feeling. After an especially terrifying bout of the syndrome as a young teenager, I remember one doctor laughing in my face after I told him my brain felt as though it was shrinking so severely that I was “disappearing”. His diagnosis? Teenage melodramatics.

Of course, getting an official diagnosis for a condition presumes that it is medically recognized in the first place, which Alice in Wonderland syndrome still isn’t. So I suppose it’s no surprise it took until my twenties to discover that I wasn’t alone in experiencing these sensations, while researching Lewis Carroll’s life and work. It turns out that many people believe the author suffered from the condition and that the symptoms served as a source of inspiration for his classic children’s story.

Like me, Carroll was a migraine suffferer, whose auras (“that odd optical affection of seeing moving fortifications, followed by a headache”) may have triggered the condition that was later named after his most famous story. Certainly, in my case, the onset of my Alice in Wonderland syndrome seems to be triggered by migraines, as well as times of great stress and anxiety.

The self-perpetuating feedback loops I experienced as a child between stress, anxiety, pain, and dysmorphia could last days. This was no Wonderland.

The self-perpetuating feedback loops I experienced as a child between stress, anxiety, pain, and dysmorphia could last days. This was no Wonderland. The syndrome would cause stress, the stress would worsen my migraine, and the migraine would cause me to panic that I was getting too big for my bed, or shrinking down so small my mother would never be able to find me again. But once I learned about Alice in Wonderland syndrome as an adult, I discovered I no longer found my symptoms so terrifying. Instead of being afraid to grow or shrink, I became excited to experience it again. Stripped of the terror of not knowing what was happening to me, my syndrome became strange and beguiling, haunting and dreamlike. 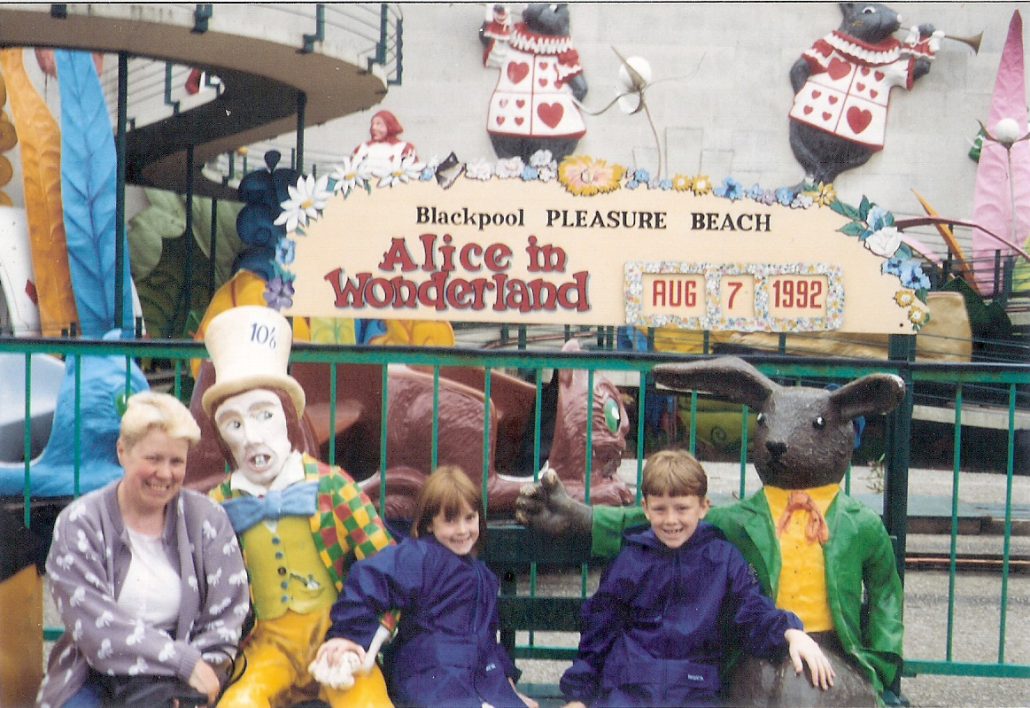 Amy posing beneath a topical amuseument park ride as a little girl.

The Importance Of A Name

Putting a name to what was ‘wrong’ with me is probably the singular most important discovery I’ve ever made my own health. Giving my syndrome a name gave it legitimacy. It gave me the tools and the vocabulary with which to understand, explain, and enjoy my dysmetropsia. Most importantly, it gave me a word to search for, which made me realize I wasn’t alone. The sensations I experienced of growing or shrinking didn’t make me a delusional freak; instead, I was delighted to discover an entire community of people who experienced the same thing, including artists such as Käthe Kollwitz, Pablo Picasso, and Giorgio De Chirico.

Putting a name to what was ‘wrong’ with me is probably the singular most important discovery I’ve ever made my own health.

I’m currently enduring an intensely stressful period of my life in which I’m experiencing migraines often. And as I’m typing these words my arms feel like they’re extending to ludicrous proportions and my fingers feel broad and heavy, like tiny hammers slamming into keys. I feel light but humongous, my sense-of-self shrinking away as my body expands, but I’m not afraid. I feel happy and healthy. By putting a name to the affliction I’ve always had, I’ve been able to accept it.

I’ve never ‘grown out of’ my syndrome as doctors once reassured me I would, but I’ve certainly managed to grow with it. By discovering what I have,  I’ve learned that the mind is an elusive, curious place. It can be daunting and hideous, but it can also be winsome and enthralling. A wonderland, if you will.

How Chronic Illness Helped Me Perfect My Craft
Don’t miss one more amazing story.
Every week, we’ll send a few of our favorite stories to inspire you.
Send this to a friend
Scroll to top