While my gynecologists dismissed my experience, I spent years looking for relief from my constant irritation and pain.
Sjogren’s Syndromevulvodynia 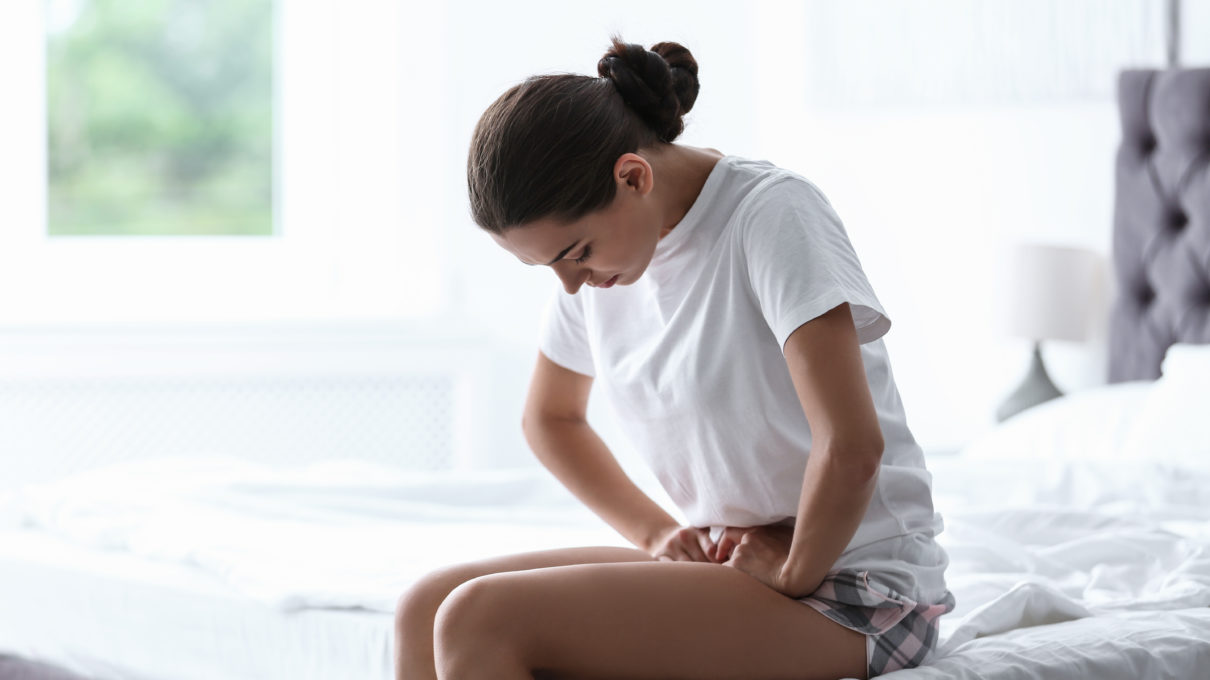 You’re upset about your job.

You’ve had too much sex in your life.

I heard all of this eleven years ago, when I started going to gynecologists, physical therapists, chronic pain specialists, and other health care specialists, looking for some relief—let alone an explanation—for the mysterious pain that had come to me overnight. In the vulva. The place we traditionally aren’t supposed to talk about having pain, let alone acknowledge that pain could ever exist.

The symptoms were all I could think about. Burning as if somebody had rubbed me with cayenne-dusted sandpaper. Itching like the most persistent yeast infection imaginable. A feeling as if I were walking around with a knife inside me, stabbing with every step, stabbing when I sat down, stabbing, stabbing, stabbing.

The symptoms were all I could think about… A feeling as if I were walking around with a knife inside me, stabbing with every step.

Some women with vulvodynia have just one or two of these symptoms; others get everything I’ve listed and more. Yet the general attitude out in the world is this: If your vulva hurts, it’s probably your imagination. You must never, ever talk about this pain… even though a huge number of women worldwide experience it.

Vulvodynia, or VVD, is  defined as a chronic pain, usually without an immediately identifiable cause, that lasts for three months or longer–sometimes much longer (as in my case), and often with flares of intense, acute pain. A 2016 study found that about 16 percent of American women have VVD. That’s a bit more than 25 million—a shocking number—and I personally think the number is much bigger. In online support groups, I’ve read posts from women living in remote areas with no access to specialists, just lonely nights of intense pain in which the only comfort is writing to strangers who share it. Some of them have had it for 40 years or more, and their condition has not been diagnosed or reported because the pain is invisible and, yes, in the vulva.

But despite the fact that VVD is a legitimate condition, it’s hard to find someone who can help, even with insurance. In two years, I saw eight different gynecologists—a typical number for VVD sufferers—and most of them didn’t believe in vulvodynia. “That’s just a catch-all term for discomfort,” said the third or fourth, as she wrote me a prescription for an antibiotic I didn’t need. “You’re depressed,” others suggested. Of course I was depressed; my lady parts were being devoured by invisible fire ants. But depression wasn’t the problem. The real problem was doctors who don’t believe women in pain, or treat their pain seriously.

I would have tried anything. So I accepted the antidepressants. Lidocaine creams. Lyrica, gabapentin, fluconazole, anti-yeast suppositories, opioid patches, CBD oil. Three different kinds of acupuncture and trigger-point dry needling. These treatments were expensive, and still there was no significant relief. After some research into general health, I went on a low-oxalate diet to reduce my intake of irritant plant crystals through beans, wheat, brown rice, nuts, and so on. I also avoided sugar, another common irritant, which may have helped a bit.

I was barely able to walk out of the office afterward; it felt as if my entire pelvis were being punished for existing.

I’d like to say that the attitude has changed in the decade I’ve had VVD, but that’s only partially true. I’ve had nurses at gynecologists who didn’t even know what vulvodynia is. I’ve found it’s a good idea to meet a new provider with some printouts and information about VVD to share. Sometimes that can rub a nonbeliever the wrong way and make her see you as difficult. You wouldn’t want to keep seeing someone who dismissed your pain so easily anyway.

There is hope—I’ve found some tools to manage my condition. I still have VVD, and I am writing this in the midst of a flareup. But there are days in which I hardly think about it. I have found the edges of my pain and learned to soften them.

I have found the edges of my pain and learned to soften them.

Three years into my journey with VVD, entirely by accident, I found a great physical therapist. She told me to stop strengthening my abdomen and think about relaxing it. Yes, think about relaxing; some of us need to work to unclench. I am one of them. And conscious relaxation—as well as meditation, and yoga—has worked wonders where traditional gynecologists have failed me. It’s now very manageable.

Yes, my VVD does flare up from time to time—like right this minute—but now I know how to ask it respectfully to leave me alone. I also have some idea of the cause, and it isn’t depression or loneliness or even (usually) yeast. In my case, it’s Sjögren’s Syndrome, which is an autoimmune disorder that dries the cell walls throughout the body and increases pressure on nerves.  That isn’t the cause for everyone, but I’m glad to have some sort of explanation and, even better, to have a strategy that helps manage my case It’s allowed me to forgive my vulva, and in turn, I think it forgives me. We are kind to each other, even when the big world out there tells us to shut up.

Cycle of Success
Don’t miss one more amazing story.
Every week, we’ll send a few of our favorite stories to inspire you.
Send this to a friend
Scroll to top